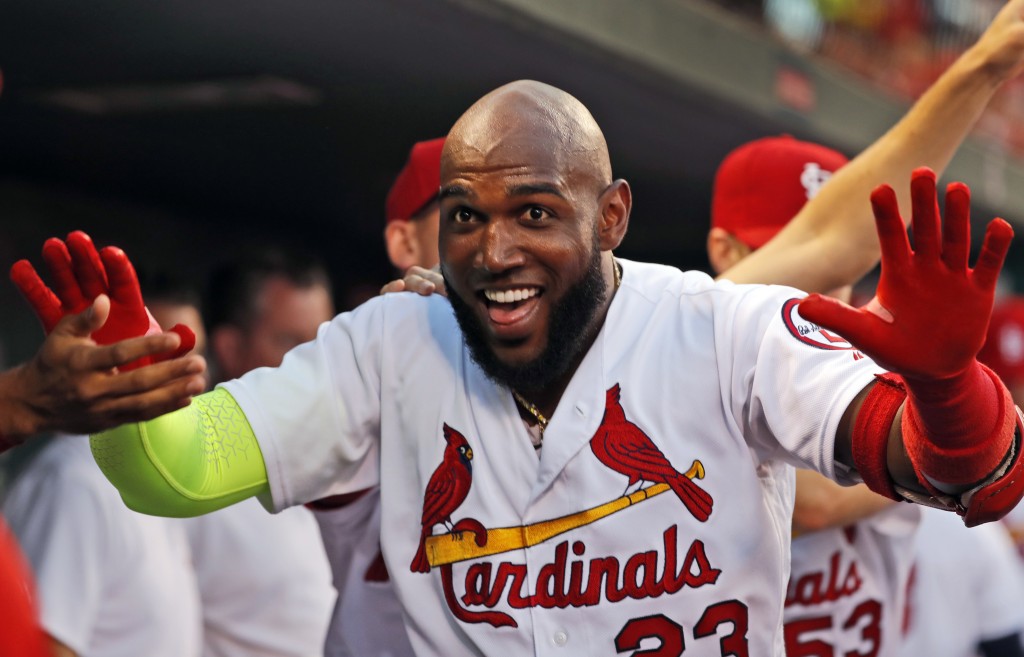 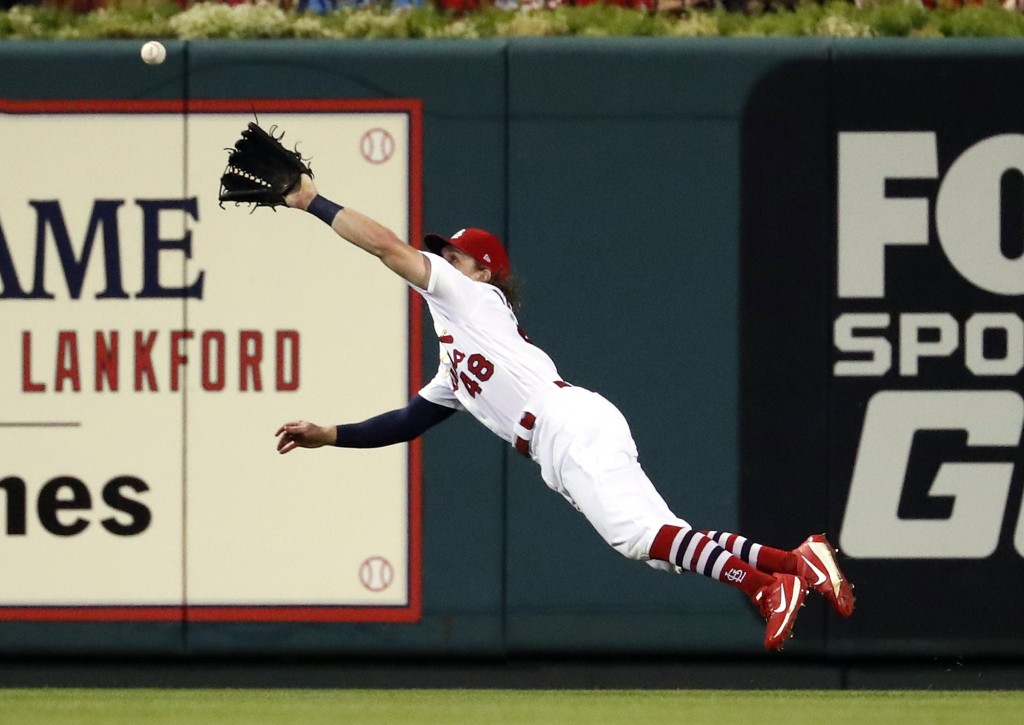 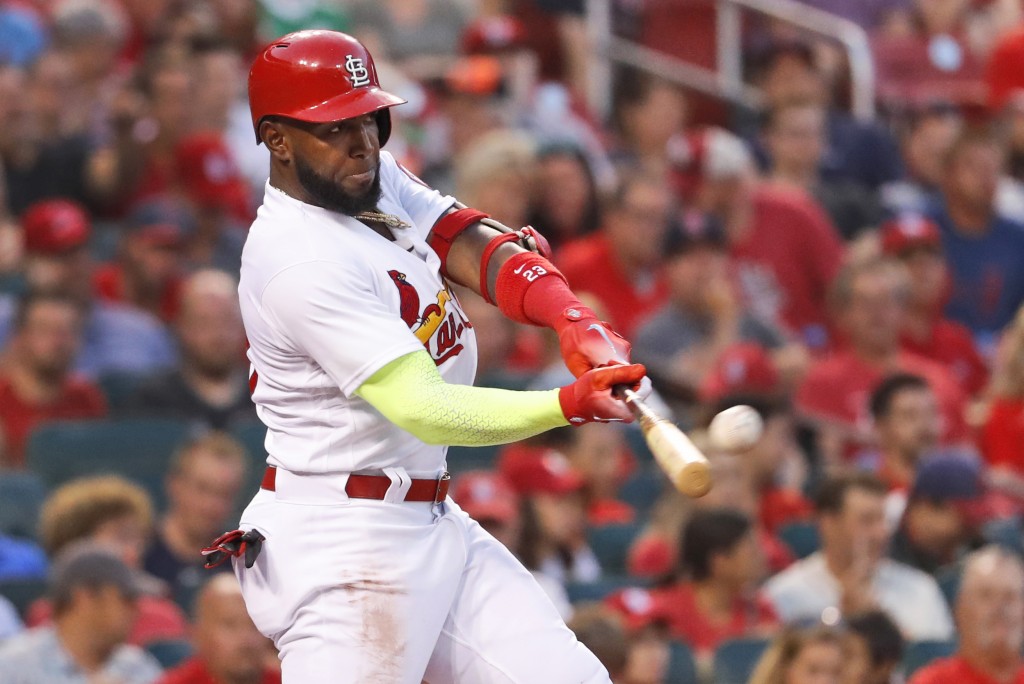 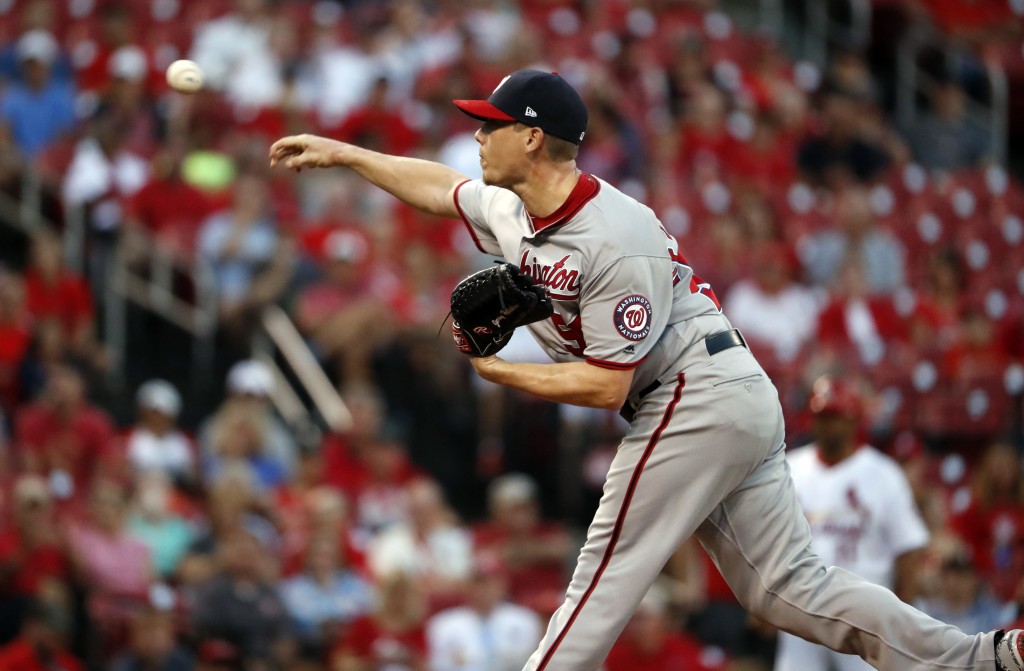 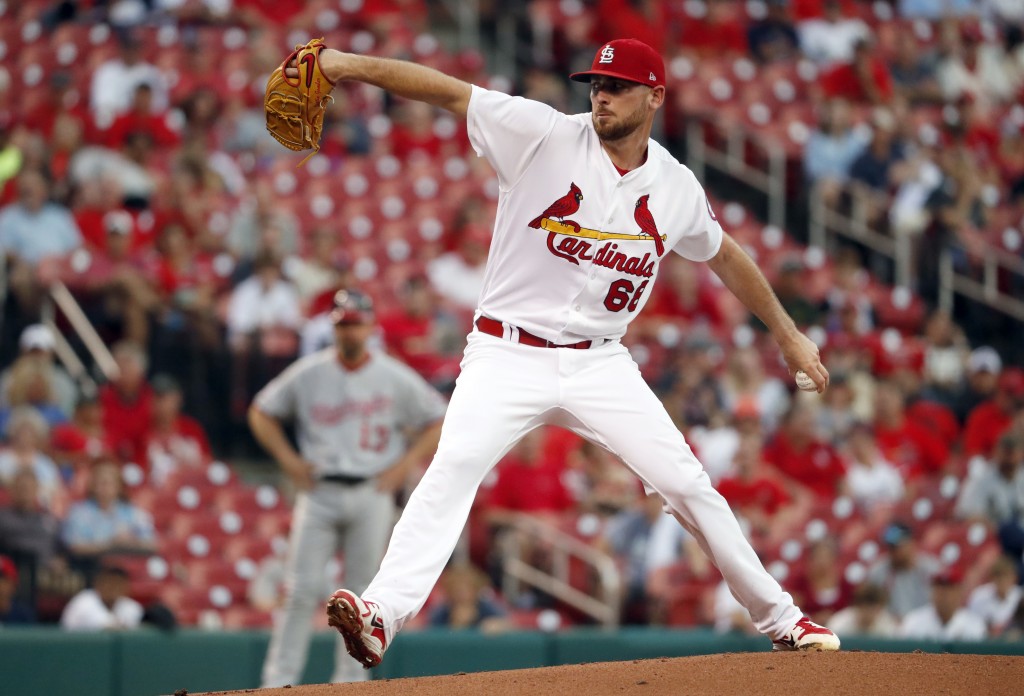 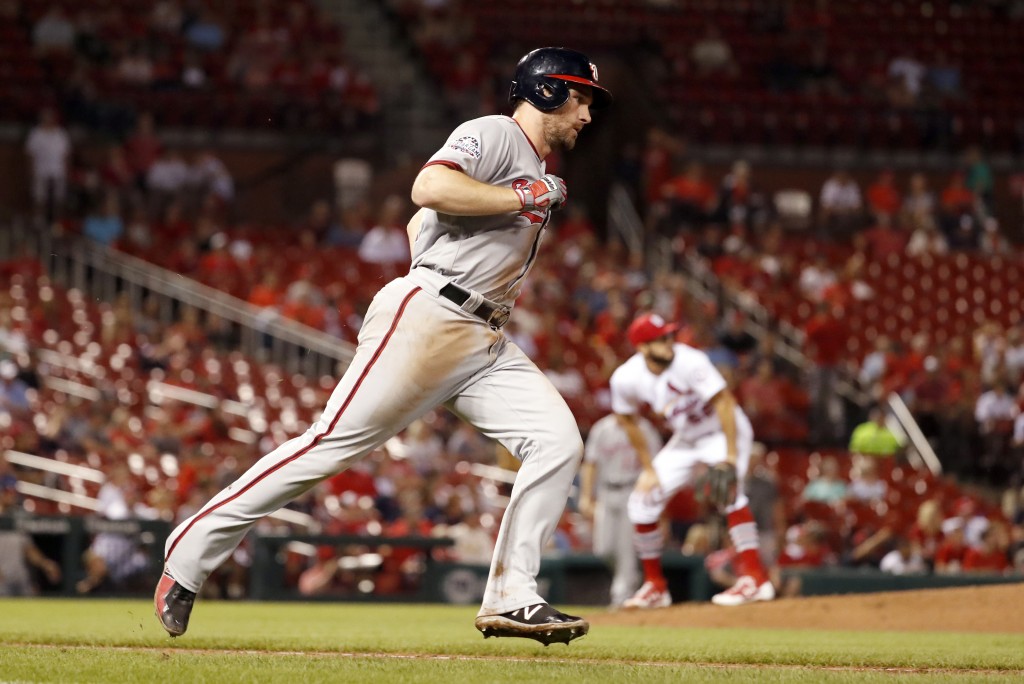 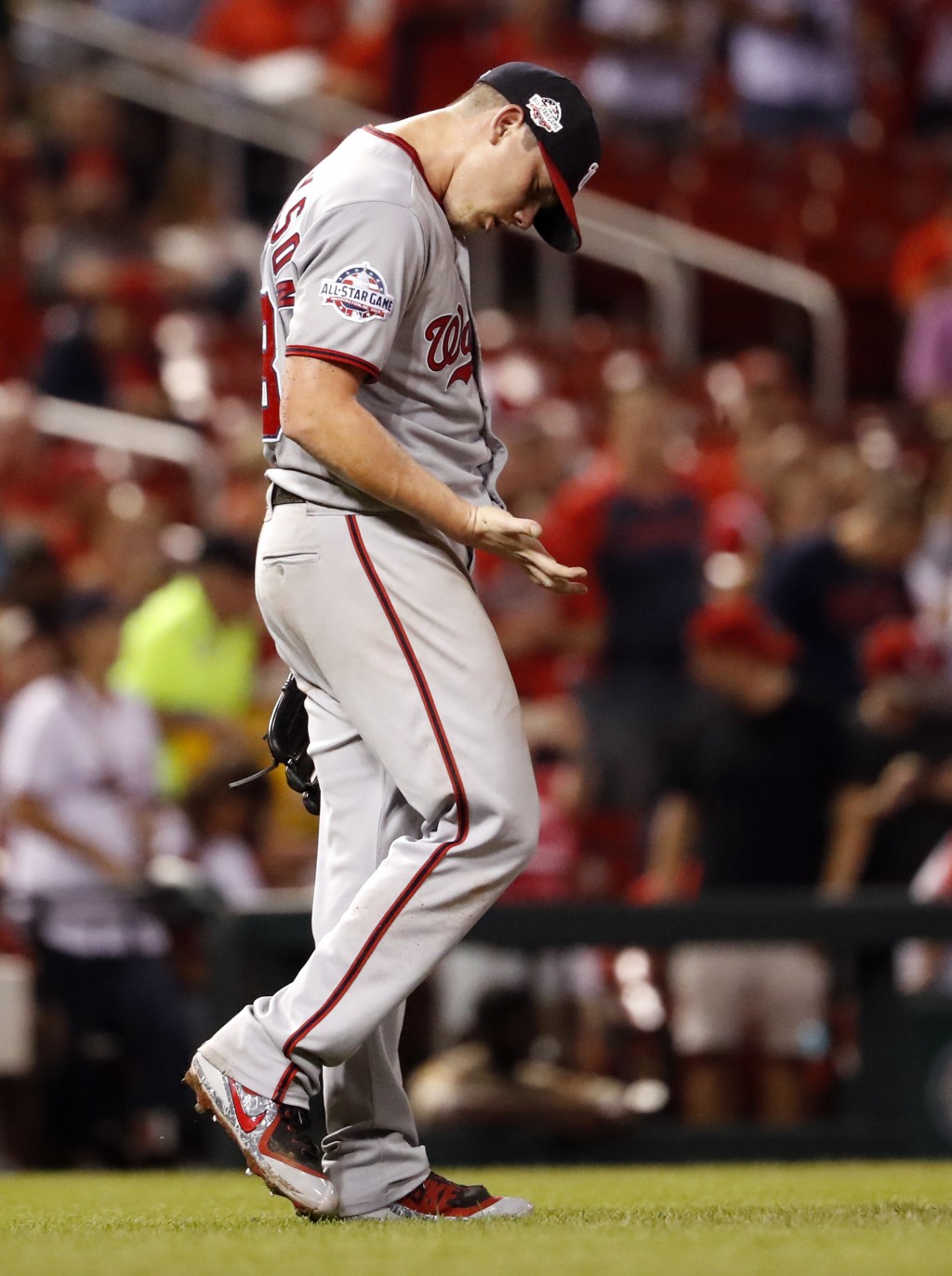 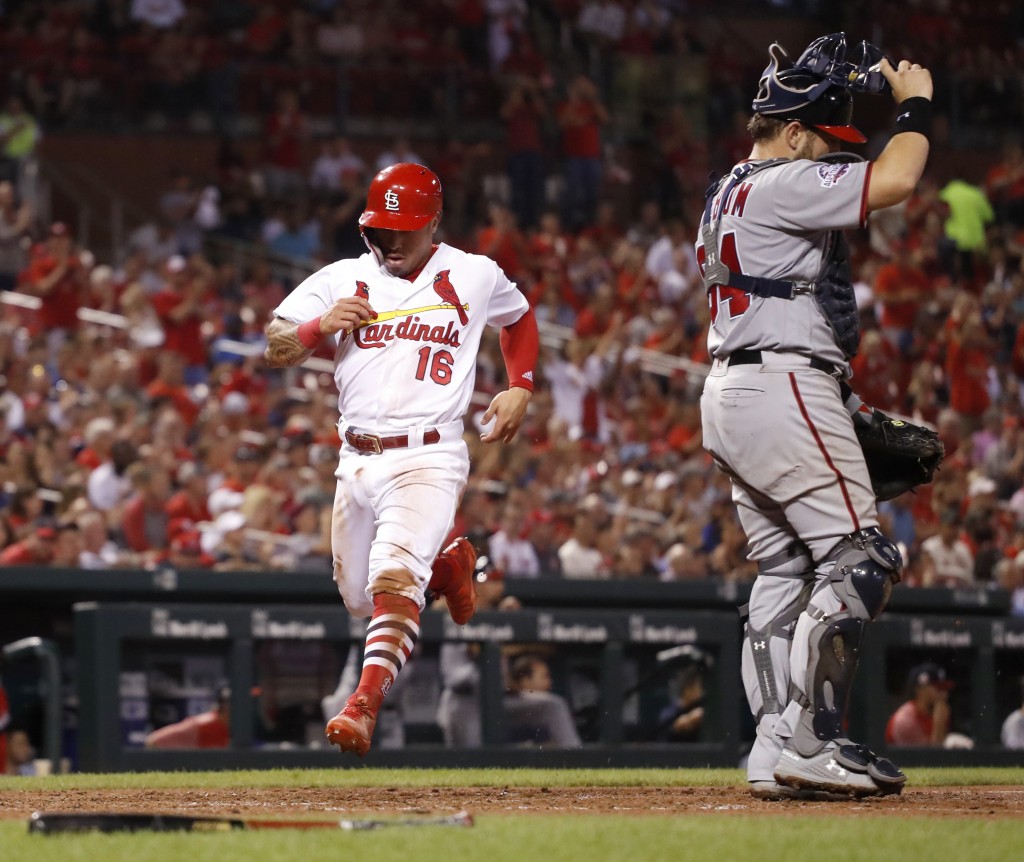 St. Louis has won a season-high eight straight. The Cardinals, who are 18-9 since the All-Star break, captured their sixth successive series after taking the first three of the four-game set.

Daniel Murphy homered in the ninth for Washington, which has lost four in a row and seven of nine to fall below .500 and nine games behind the first-place Atlanta Braves in the NL East. The current skid began with a loss to the Cubs on a two-out, walk-off grand slam.

Ozuna homered in the second inning, his 14th of the season and his first since July 30.

Gomber (3-0), in his fourth start of the year, gave up three hits, struck out six and walked four.

Bud Norris pitched the ninth to pick up his 23rd save in 27 opportunities.

Harrison Bader and Yadier Molina added run-scoring hits for St. Louis, which improved to 19-9 since Mike Matheny was fired and replaced by interim manager Mike Shildt.

St. Louis infielder Matt Carpenter extended his on-base streak to 33 games with a walk in the fifth. It's the longest current streak in the majors. Carpenter left the game in the seventh after he was hit on the hand by a pitch from Matt Grace, but X-rays were negative.

Jeremy Hellickson (5-3) left in the fifth inning after colliding with Bader on a play at the plate following a wild pitch. Hellickson gave up three runs, two earned, on three hits in 4 1/3 innings. He struck out two and walked two.

Bader, who had three hits, also made a diving catch of a liner off the bat of Bryce Harper in the fourth.

The Cardinals, who have an NL-best 12-2 mark in August, remain one game behind Philadelphia for the second wild card spot. They are four games behind Chicago in the NL Central.

Nationals: RHP Stephen Strasburg threw a simulated game on Wednesday. He threw around 70 pitches and could be ready to return early next week, manager Dave Martinez said.

Cardinals: LHP Brett Cecil was activated from the 10-day disabled list on Wednesday. Cecil, who had been sidelined with inflammation in his right foot, pitched four scoreless innings in four appearances with Triple-A Memphis. LHP Tyler Webb was optioned to Memphis.