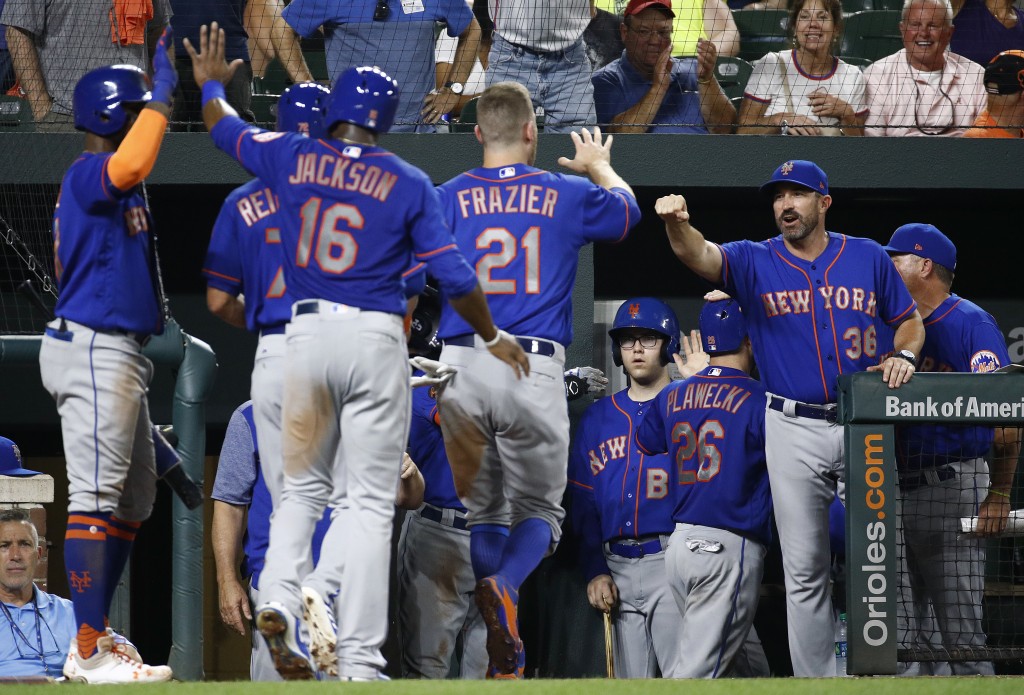 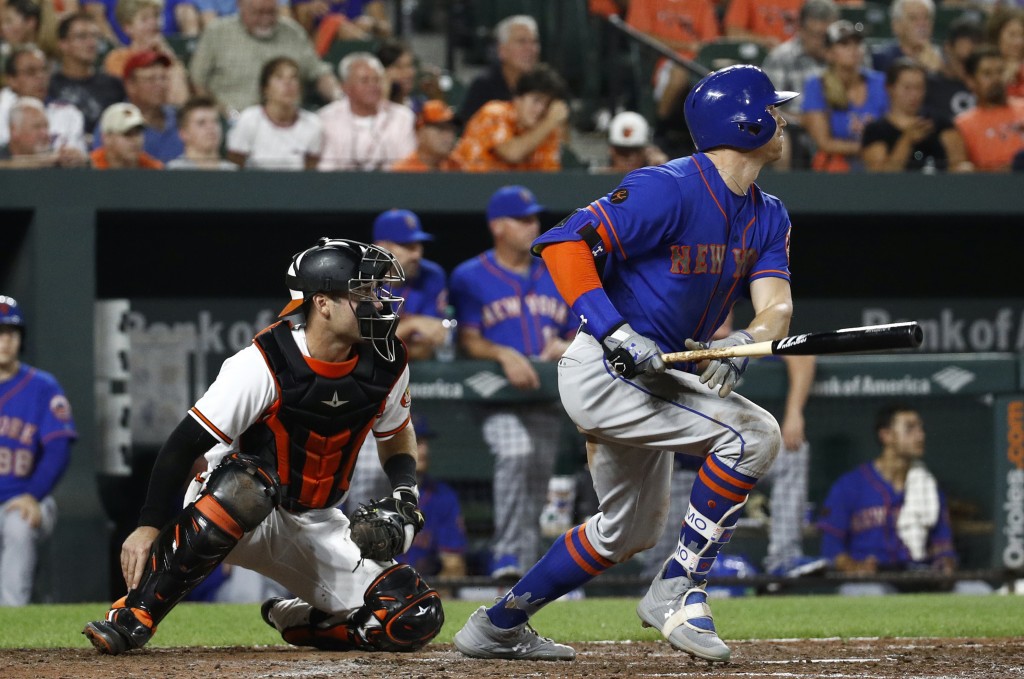 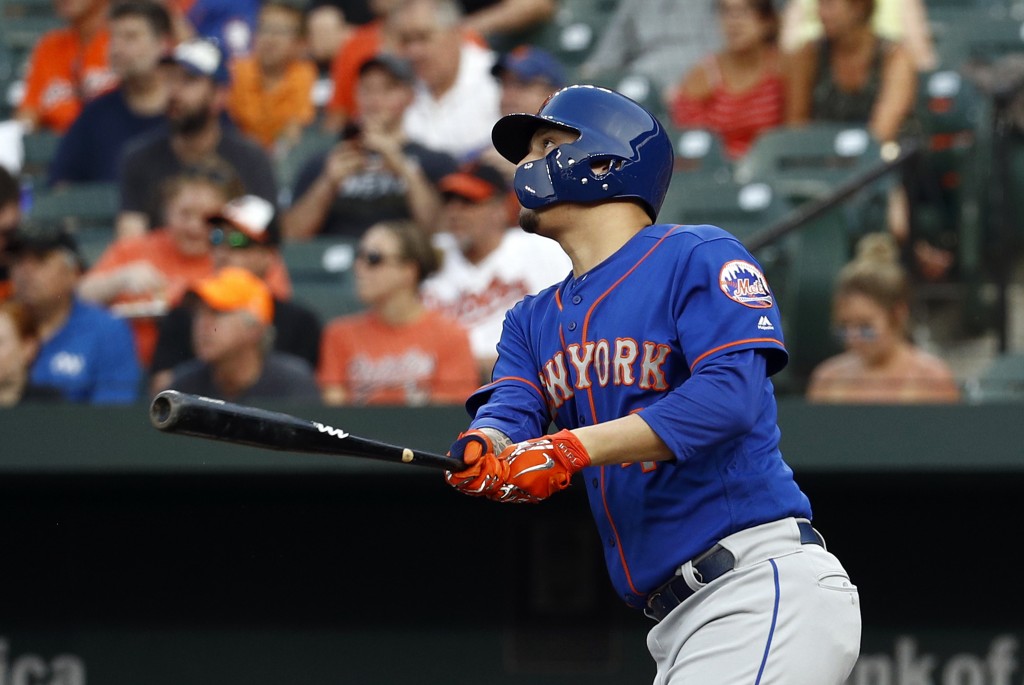 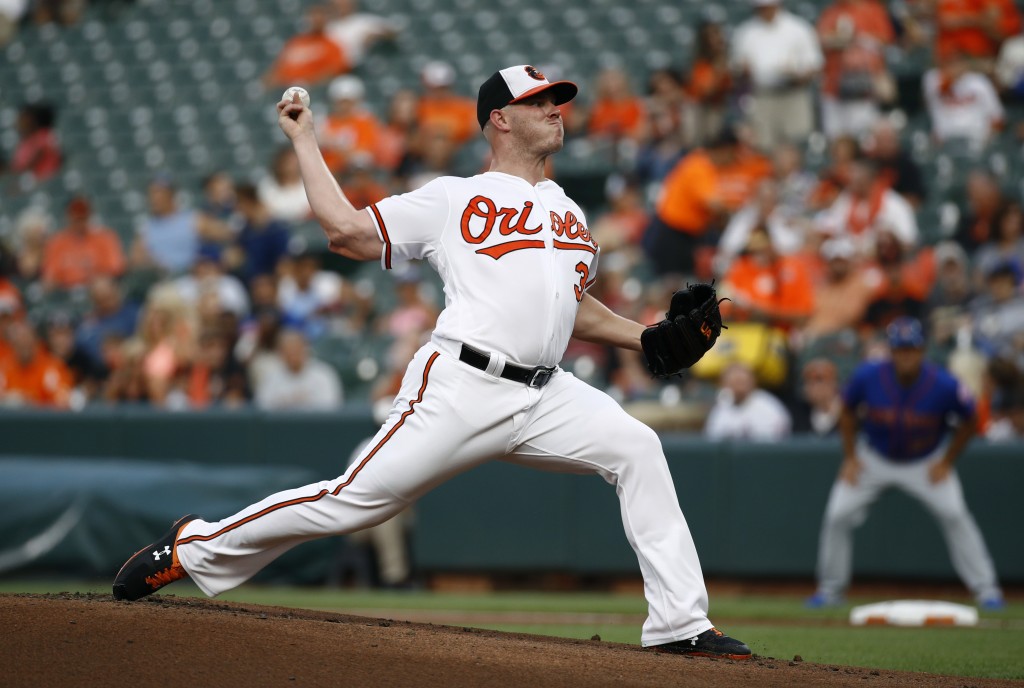 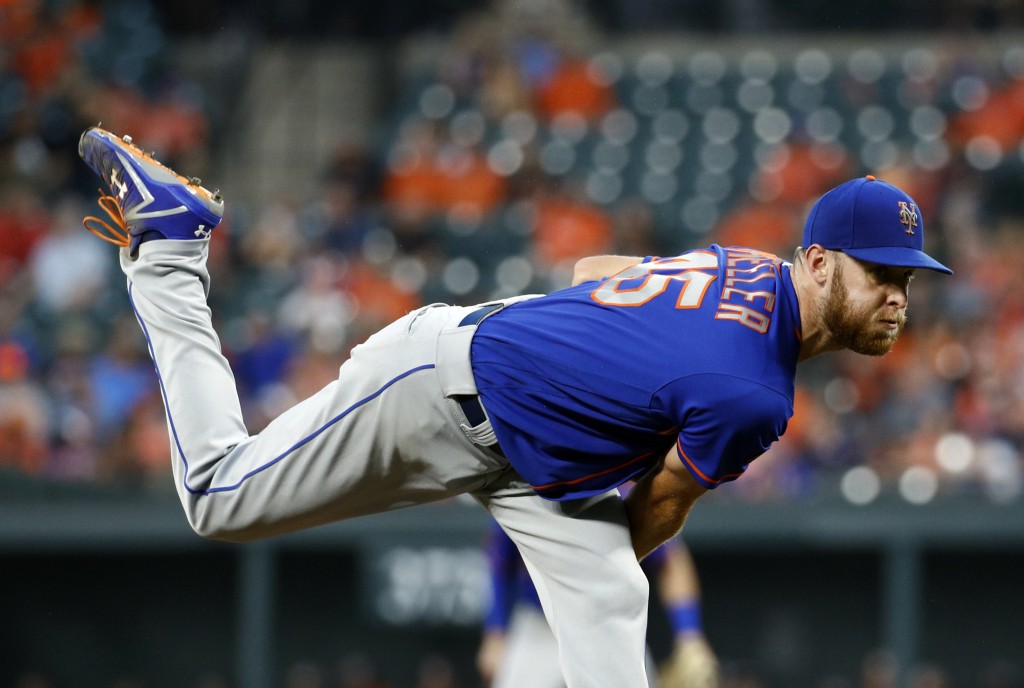 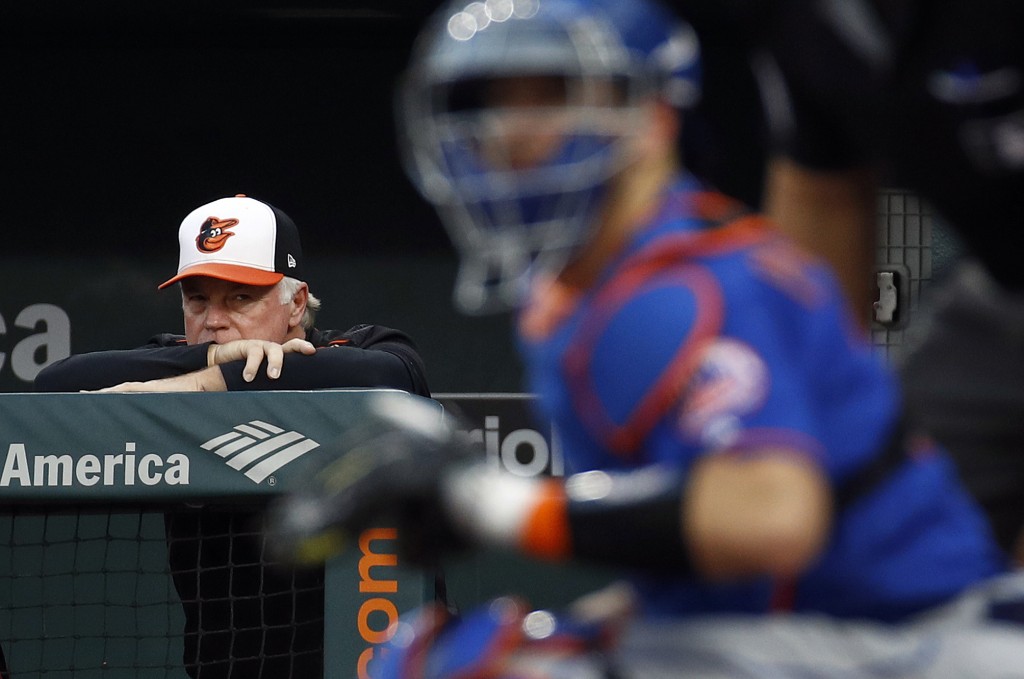 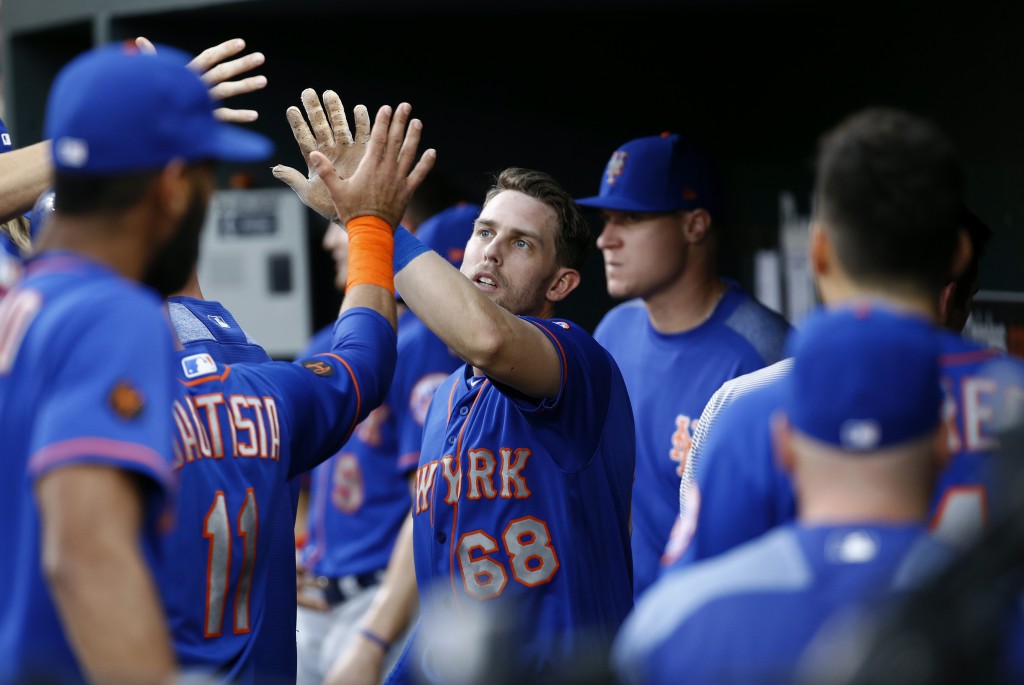 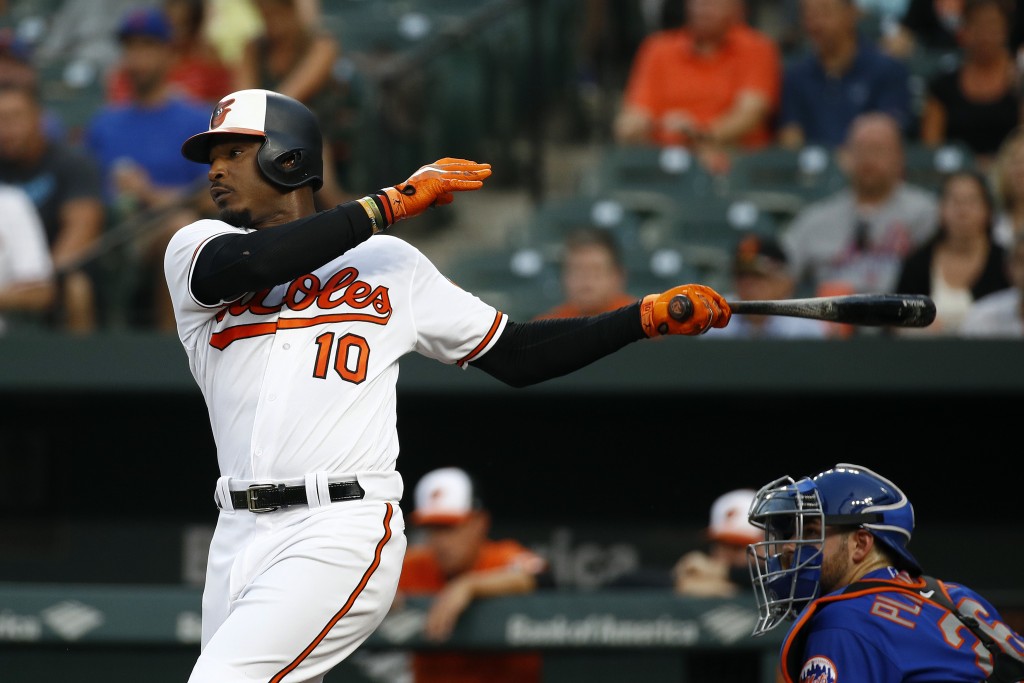 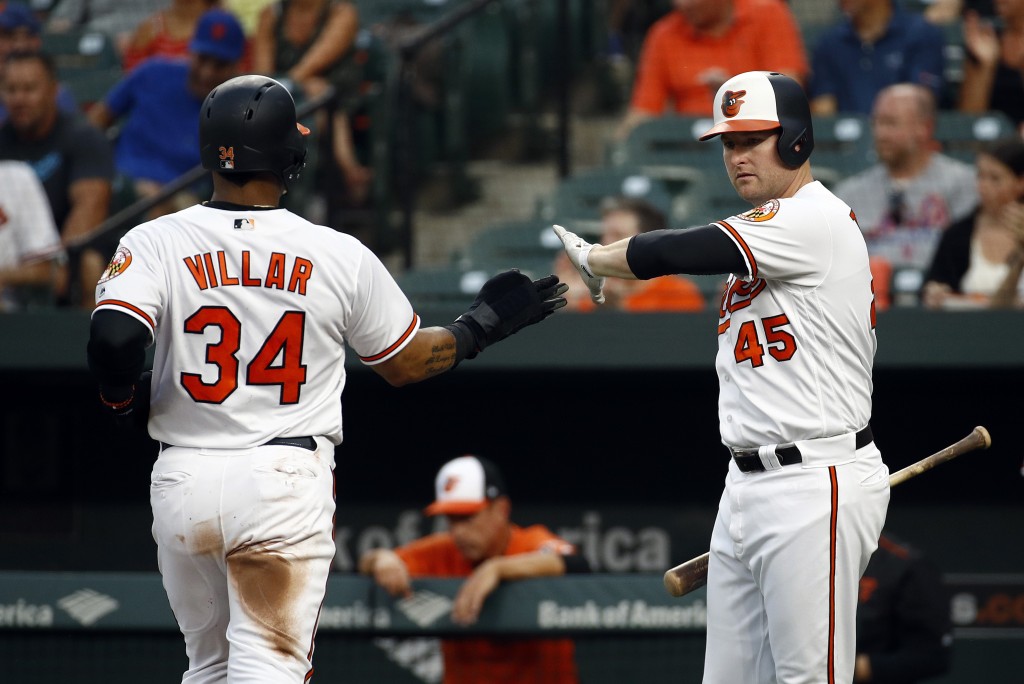 Todd Frazier homered and drove in four runs to help the Mets earn a split of the two-game interleague series. New York finished 1-3 this season against the Orioles, who own the worst record in the majors.

A home run by Wilmer Flores in the ninth enabled the Mets to reach a season high in runs.

Zack Wheeler (8-6) gave up one run and five hits over five innings to win his sixth straight start. The right-hander was removed from the game by manager Mickey Callaway after the Mets sent 12 batters to the plate in a lengthy sixth against Dylan Bundy (7-11) and three relievers.

After Bundy left with two on, Nimmo hit a two-run triple. A wild pitch let in a run and Frazier doubled in two runs before right-hander Evan Phillips issued a pair of walks to load the bases for Plawecki.

Phillips fell behind in the count before grooving a fastball that Plawecki smacked into the left-field seats. It was only his 11th home run in 205 games over four seasons.

That made it 14-1, and the only remaining suspense was whether Nimmo could hit for the cycle after going single, double, double, triple in his first four at-bats. He was hit by a pitch in the seventh inning and singled in the ninth, giving him a career-high five hits.

In the eighth, Mets backup third baseman Jack Reinheimer got his first major league hit, a single up the middle off Cody Carroll.

Mets: David Wright (shoulder/back) went 0 for 3 and played 3B for Class A St. Lucie and is hitless in three rehab games. He has not played a major league game since May 2016. ... Jay Bruce (sore right hip) played 1B and went 2 for 4 for St. Lucie. He has been on the DL since June 18.

Though Mets CF Michael Conforto went 1 for 8 with five strikeouts in the series, he's batting .299 since the All-Star break.

"I think that he's finally finding more of a comfort zone," Callaway said. "He's done a great job of settling in, and we're seeing a more consistent Michael Conforto out there every day."

Mets: It's up to Philadelphia for a single-admission doubleheader on Thursday. Corey Oswalt (1-2) will start the opener followed by Steven Matz (1-2), who's been on the DL with a strained left arm. He will be limited to 80 pitches, Callaway said.

Orioles: A rarity on Thursday for Baltimore, which gets its second day off this week (also Monday). The Orioles open a three-game series in Cleveland on Friday night.