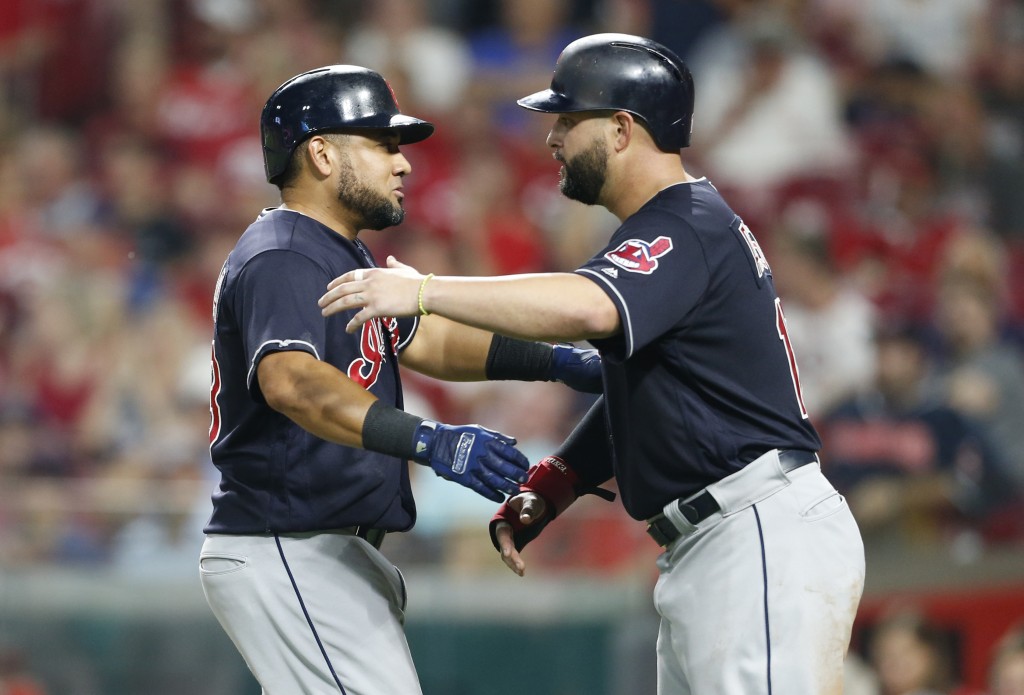 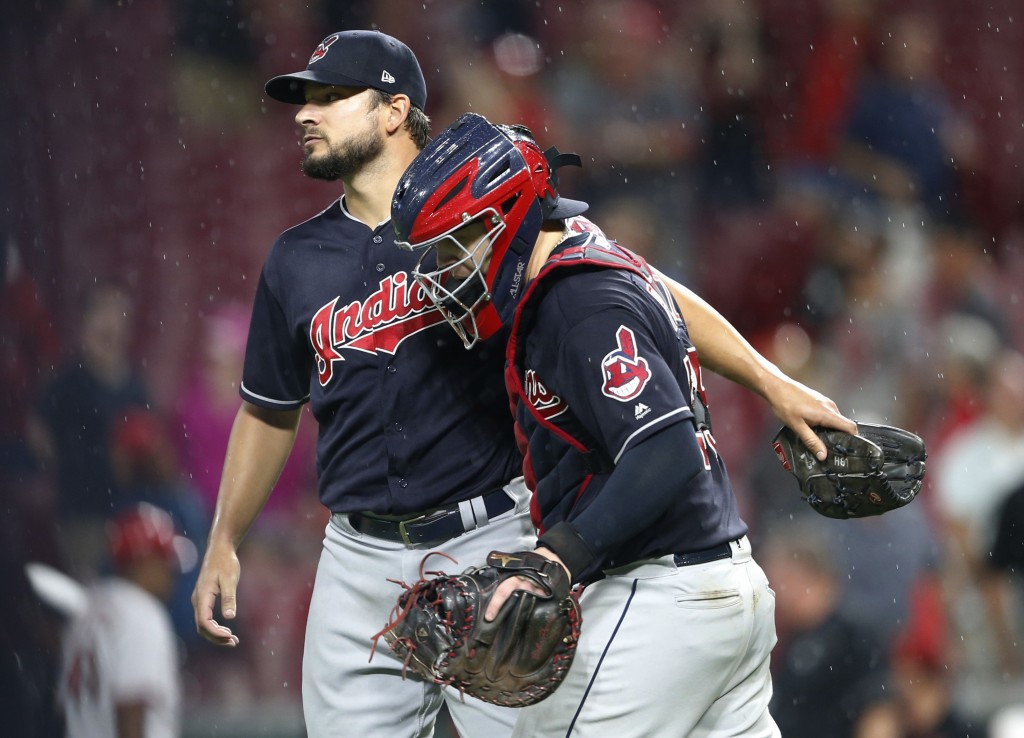 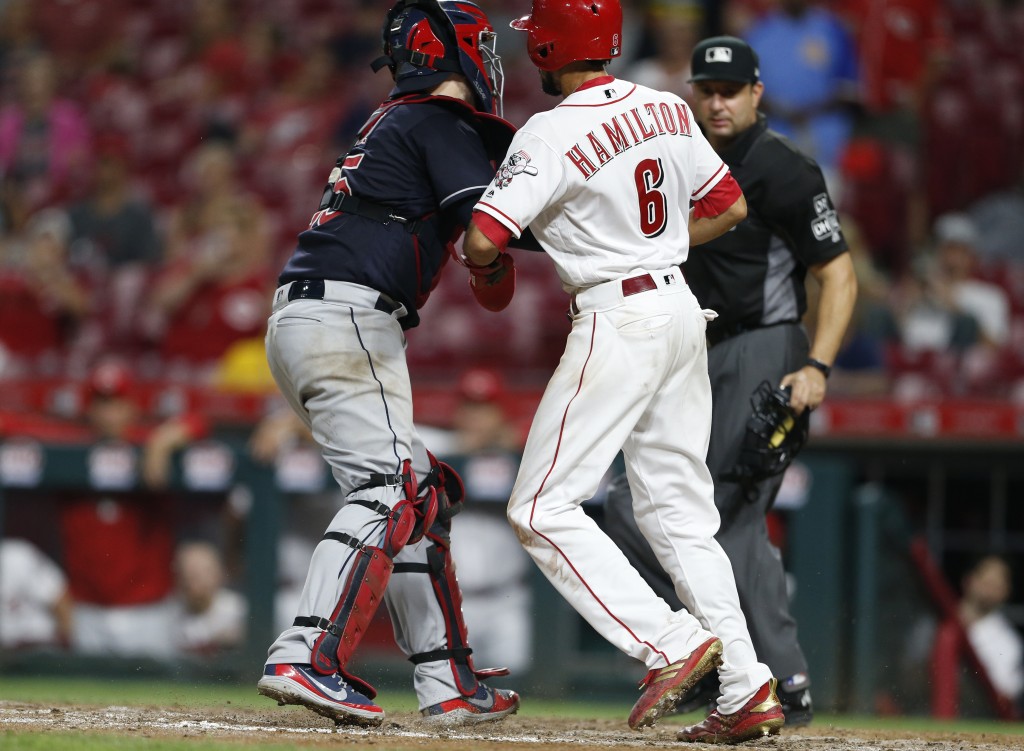 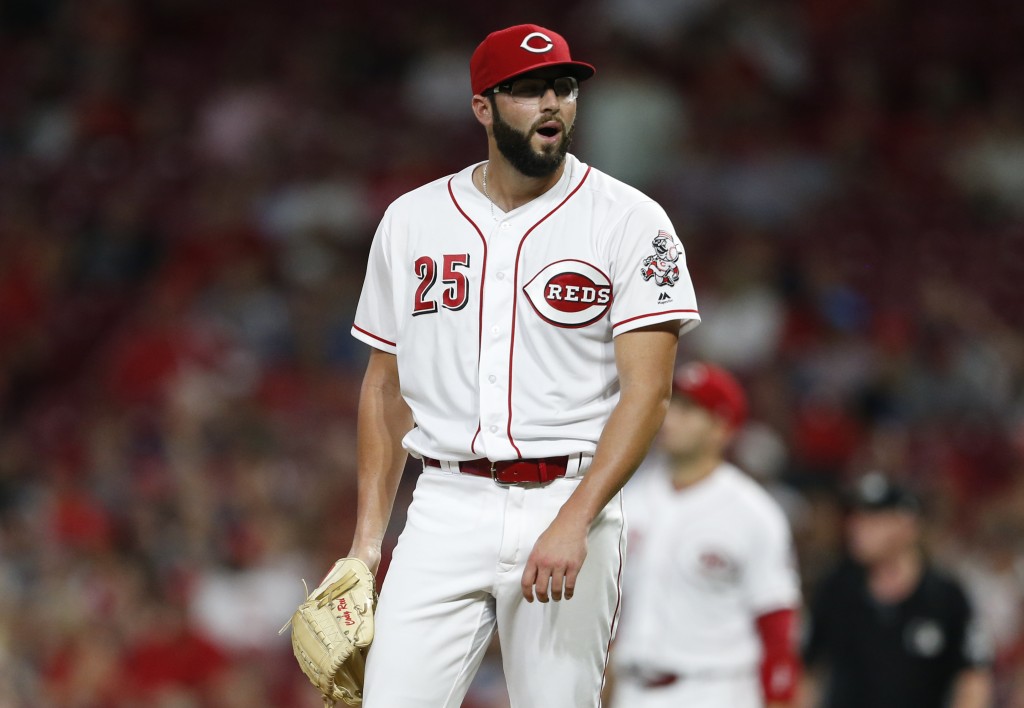 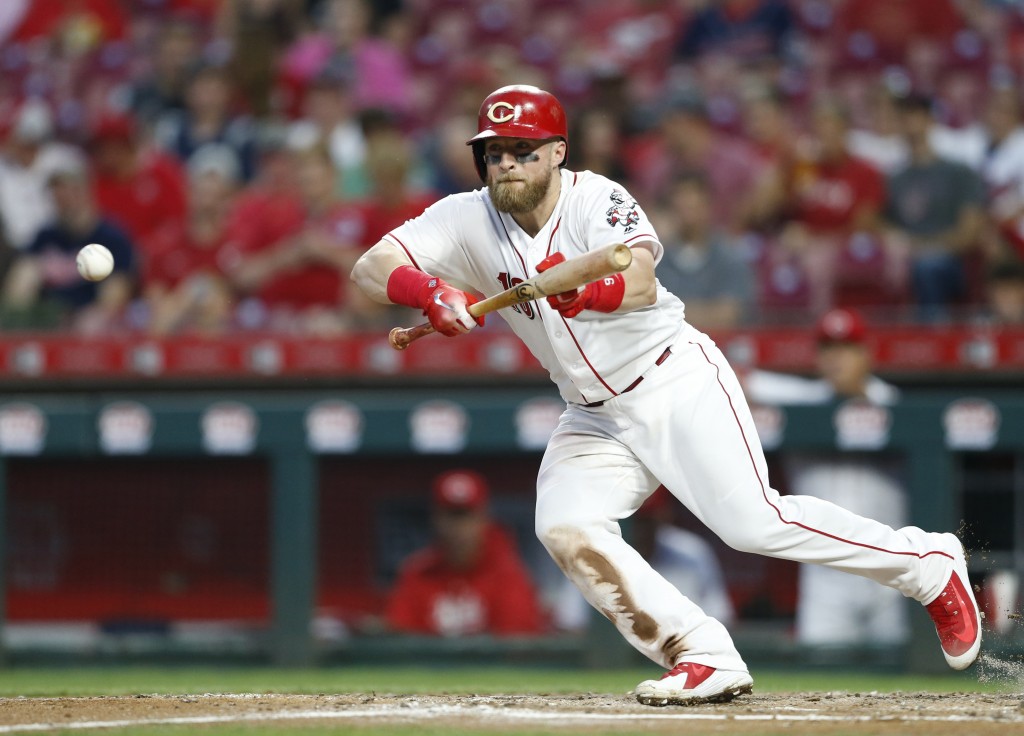 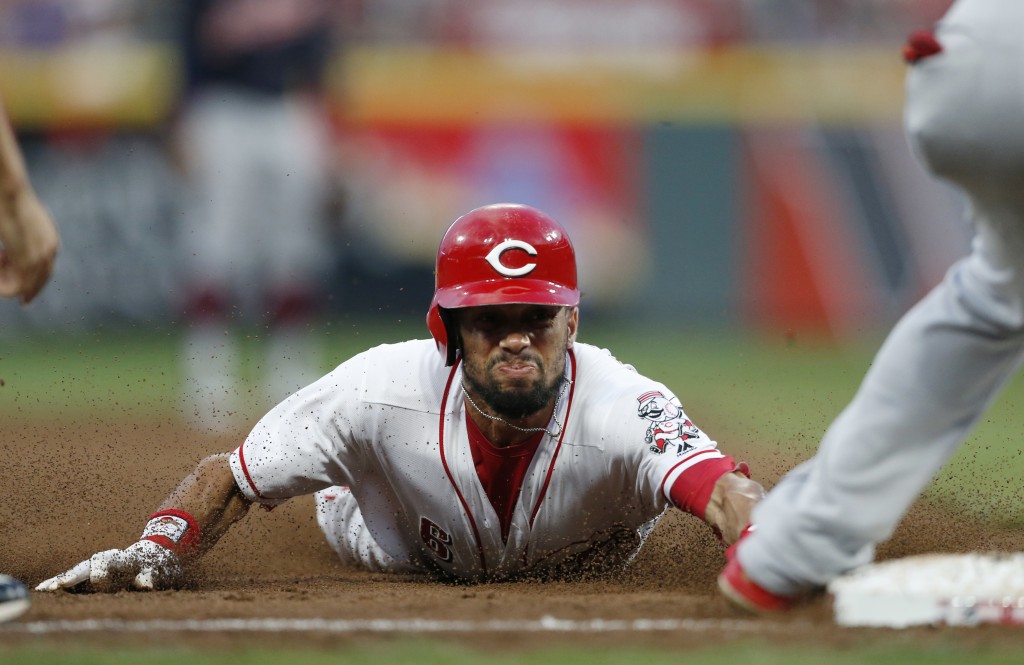 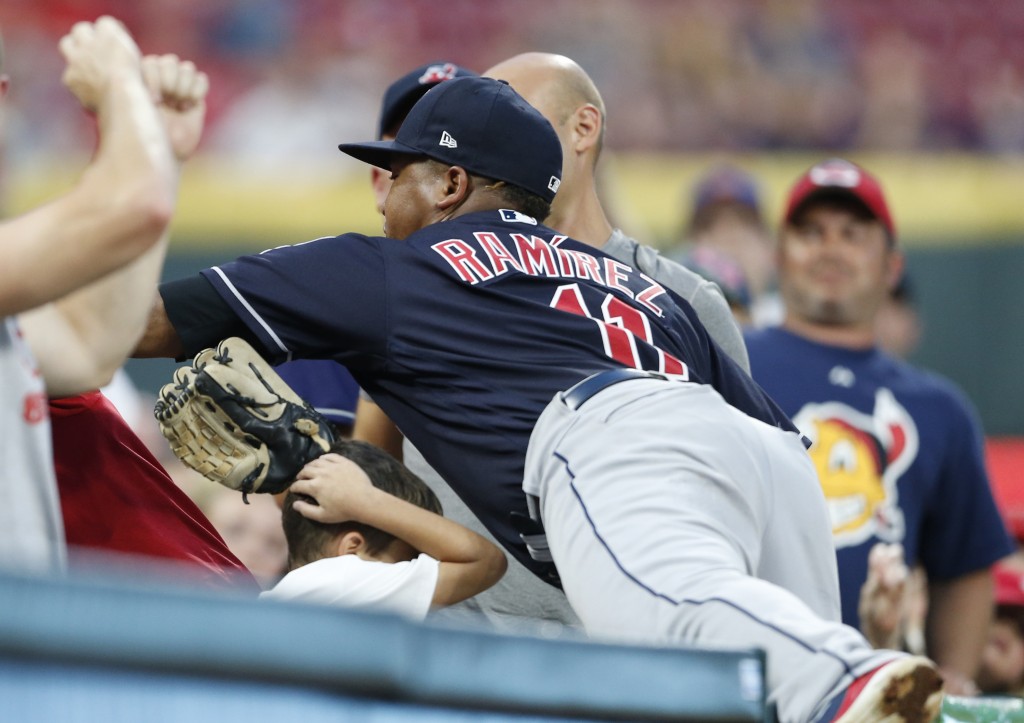 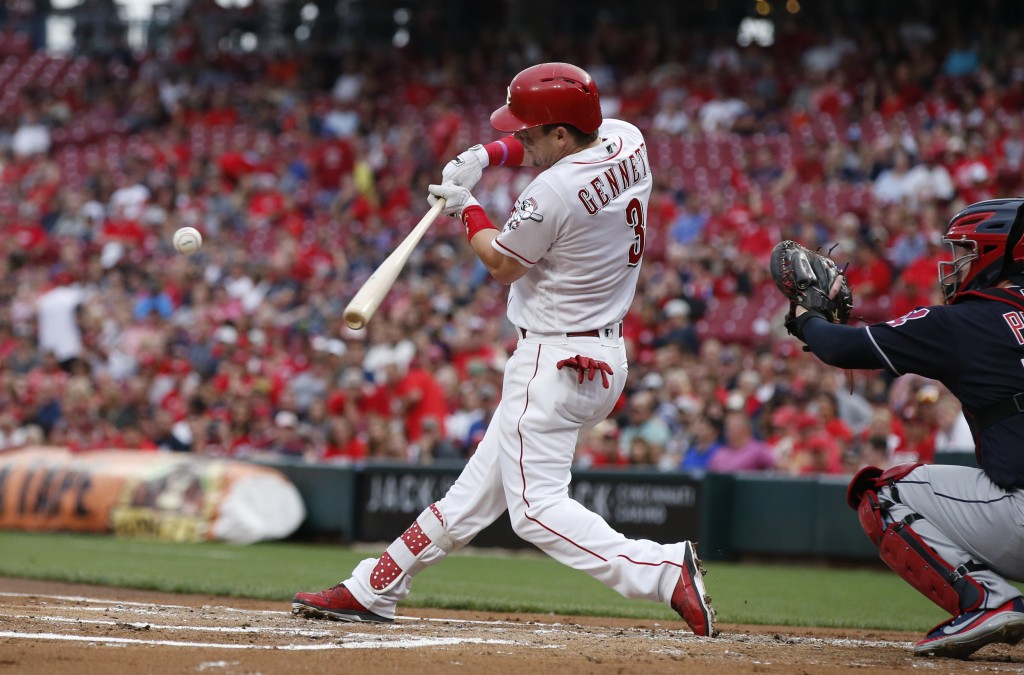 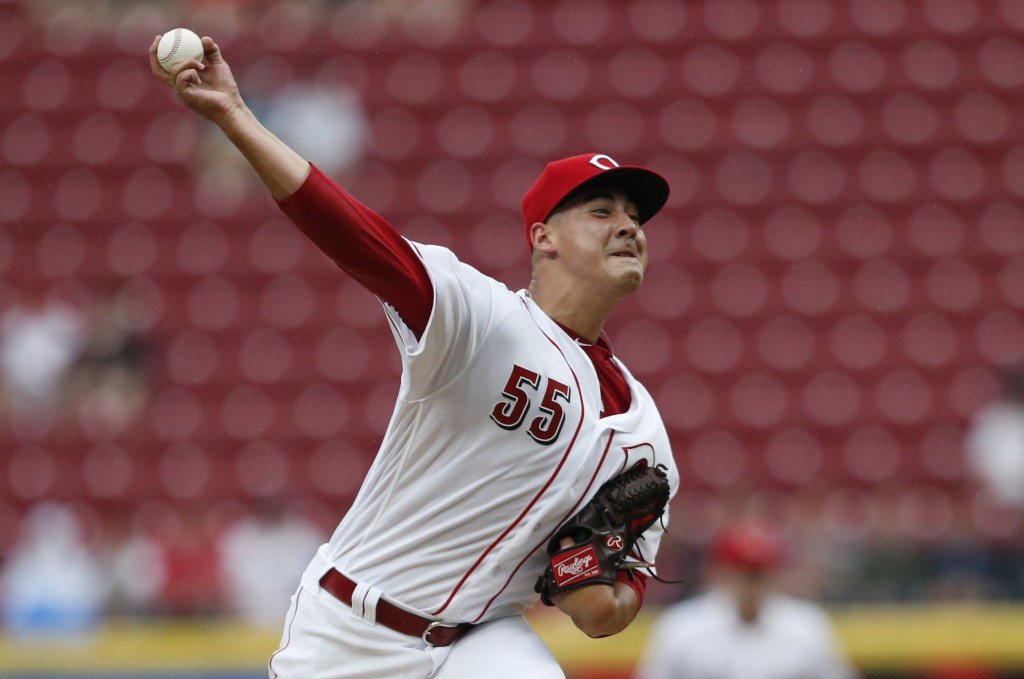 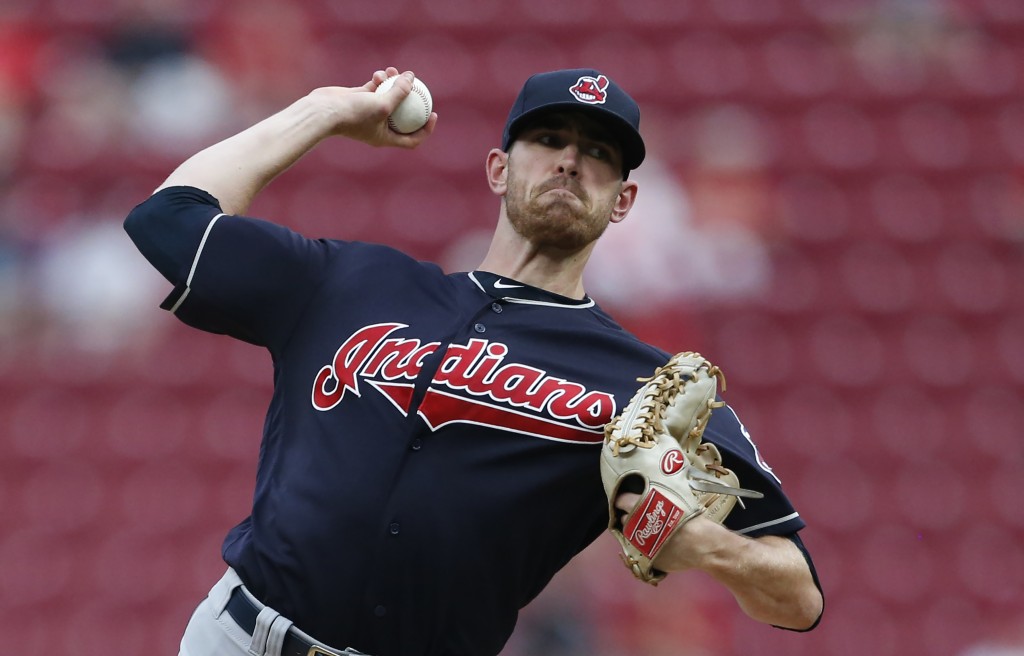 CINCINNATI (AP) — Melky Cabrera lofted a go-ahead two-run homer into the left-field seats in the sixth inning, and the Cleveland Indians rallied to beat the Cincinnati Reds 4-3 on Wednesday night, extending their winning streak to five games.

The Indians held the Reds scoreless after a three-run first. In the sixth, Cody Reed (0-1) walked Yonder Alonso before allowing Cabrera's third homer of the season.

Four relievers combined for 3 2/3 scoreless innings before Brad Hand worked out of a bases-loaded jam in the ninth for his 28th save in 33 opportunities.

Greg Allen had two hits and drove in a run, helping the Indians finish their first sweep of a three-game series against the Reds since 2015 and the first in Cincinnati since 1999. The NL Central leaders have won seven of eight overall.

The free-falling Reds were 1-for-13 with runners in scoring position and left 11 runners on base while slipping to 4-11 since winning three straight in late July over the Phillies.

Shane Bieber allowed Scooter Gennett's RBI single and Preston Tucker's two-run homer in the first. It was Tucker's first homer for Cincinnati since being acquired from Atlanta on July 30 as part of the package for Adam Duvall.

Bieber regrouped from there and lasted 4 1/3 innings, allowing seven hits and two walks with five strikeouts and a wild pitch.

Dan Otero (2-1) got Phillip Ervin to fly out with the bases loaded and two outs in the fifth to earn the win.

After walking five in four innings of his season debut on Aug. 8, Reds starter Robert Stephenson walked four while giving up two hits and two runs with two strikeouts and a wild pitch in 1 2/3 innings. He threw 57 pitches, just 26 of them strikes.

Indians: RHP Josh Tomlin, out since July 16 with a right hamstring strain, will pitch on Saturday for either Triple-A Columbus or Double-A Akron. Tomlin threw 4 1/3 innings in a rehab appearance on Monday.

Indians: RHP Carlos Carrasco (14-6, 3.50 ERA) is scheduled to start the opener of a brief three-game homestand against Baltimore on Friday.

Reds: RHP Anthony DeSclafani (6-3, 4.45) is 2-0 with a 0.64 ERA in three career starts against the Giants, his opponent in the opener of a three-game home series on Friday.