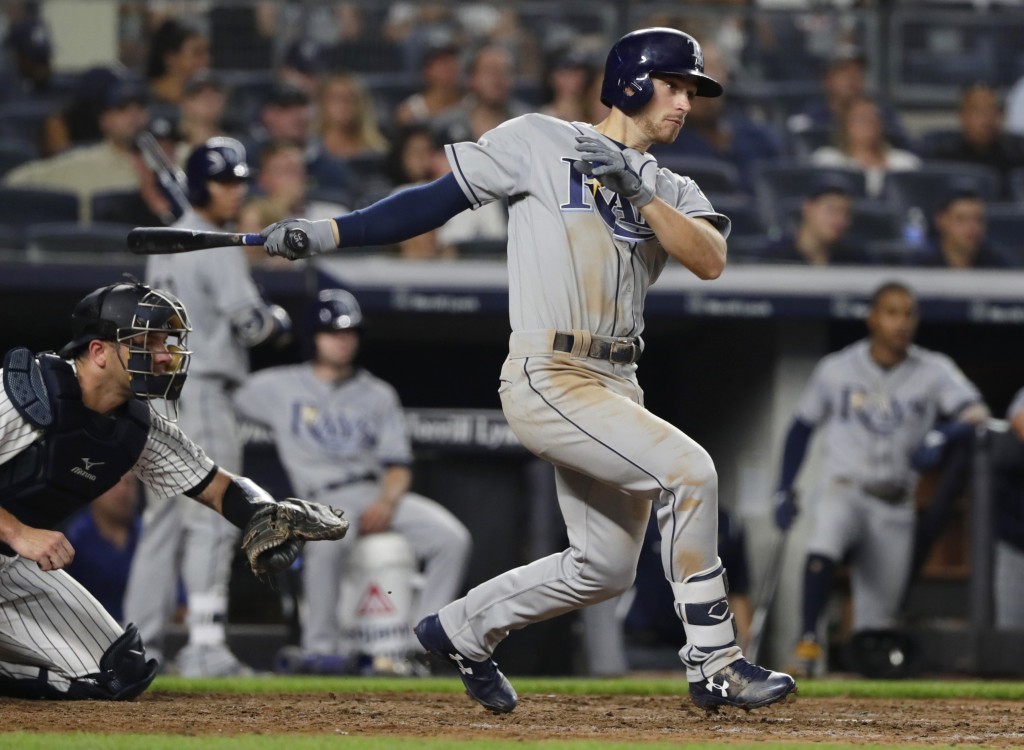 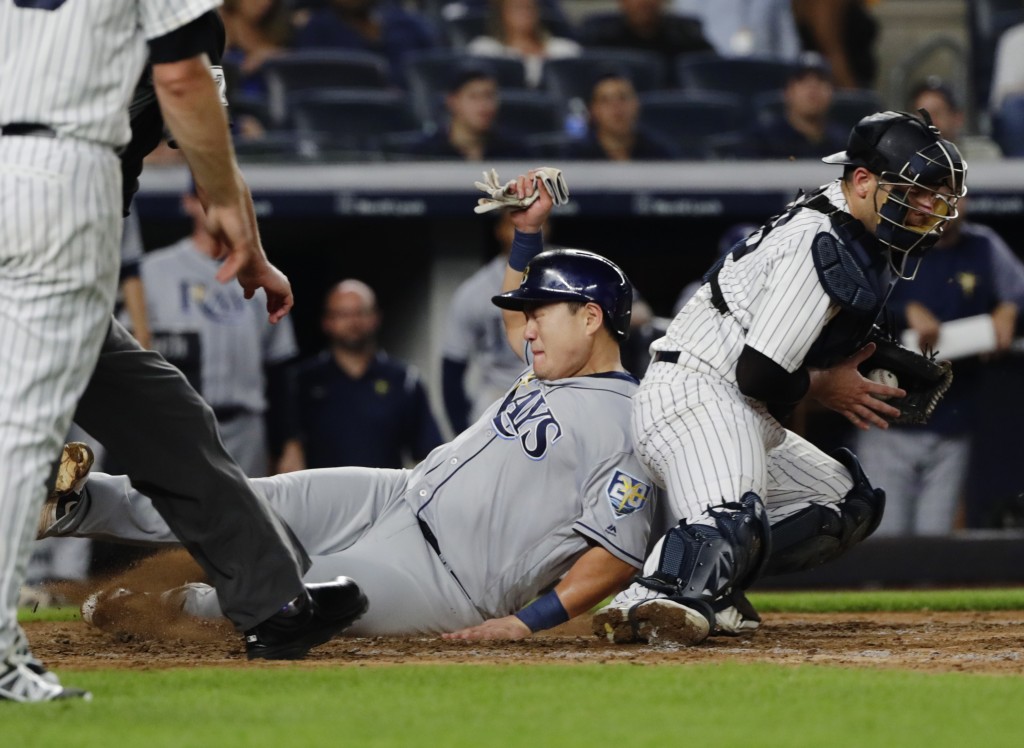 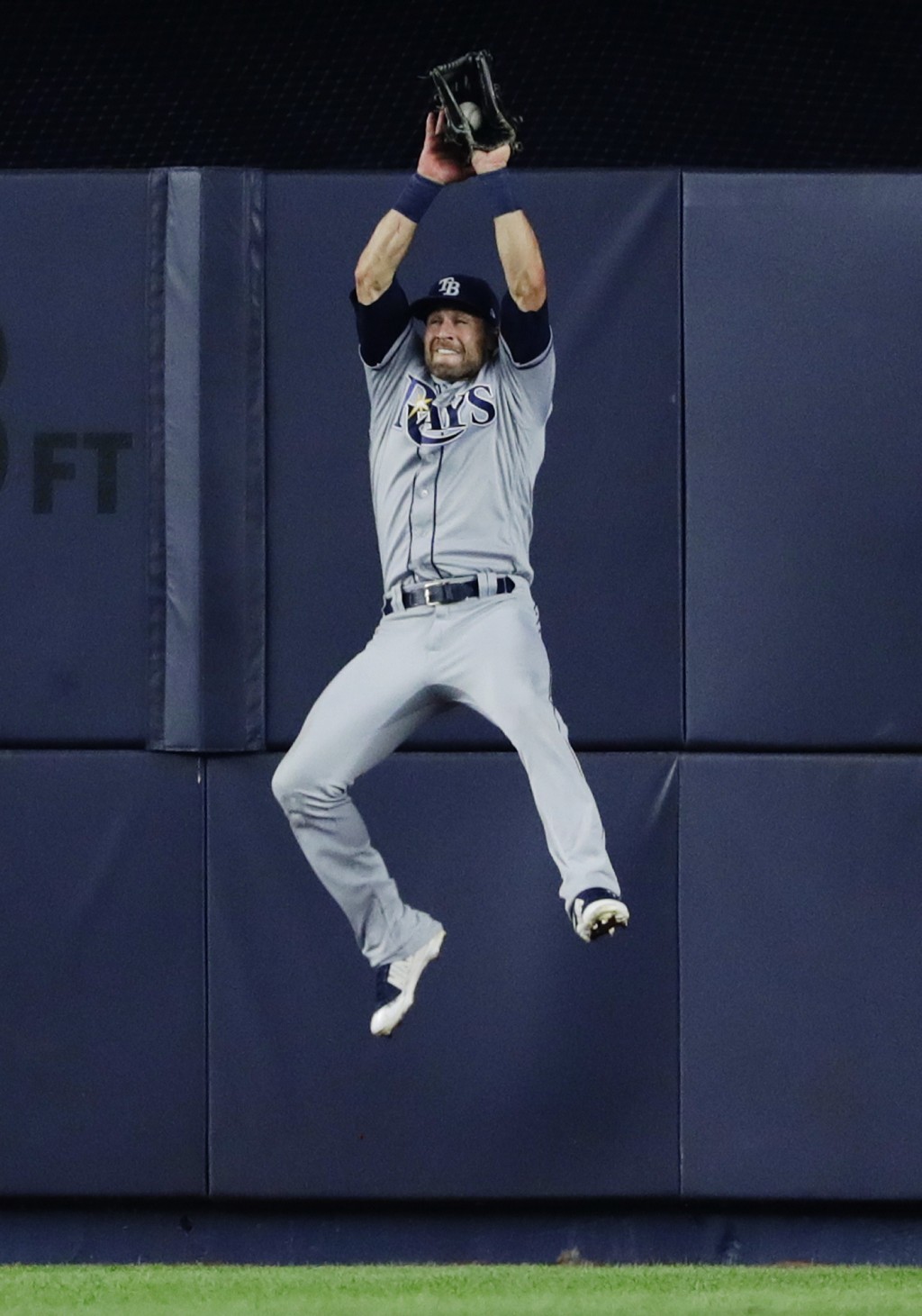 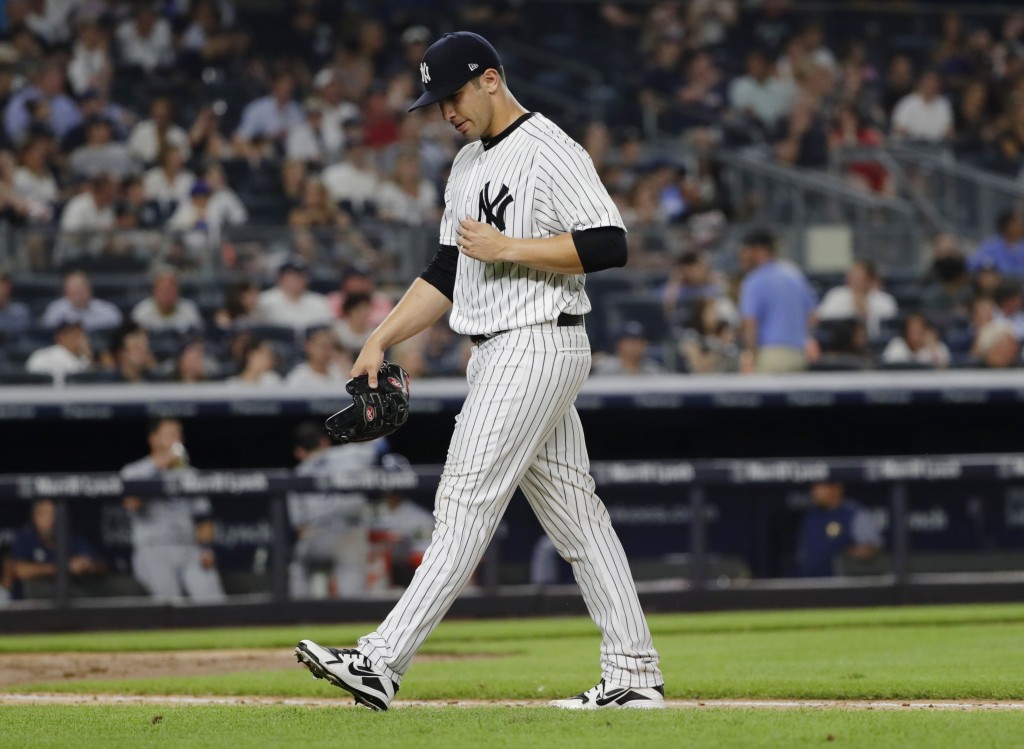 Kevin Kiermaier, who was mired in a 4-for-46 slump in August, had two hits, scored a run and drove in one for the Rays, who have won seven of their past nine games against New York.

The Yankees wasted their best chance in the fourth inning when Tampa Bay starter Jake Faria left the game with runners on first and second and one out.

Chaz Roe came in and hit Neil Walker to load the bases. He struck out Austin Romine and escaped the inning when a replay challenge overturned Ronald Torreyes' single into an inning-ending groundout.

Reliever Ryan Yarbrough (11-5) then entered and was credited with the win after shutting down the Yankees over four scoreless innings. He allowed only two hits and struck out three.

Tampa Bay took advantage of an ineffective Luis Cessa (1-3), who was recalled from Triple-A before the game to make a start in place of an injured CC Sabathia.

Lowe, who started his major league career going hitless in his first 19 at-bats, hit a blooper to left field to drive in Kiermaier to put the Rays ahead 1-0 in the second inning.

After Miguel Andujar hit his 19th homer of the season to tie it at 1 in the bottom of the second, Tampa Bay made Cessa pay for his lack of execution.

The righty loaded the bases on back-to-back singles to start the third inning before walking the next batter. Cessa then struck out Joey Wendle, but a hard fielder's choice grounder by Ji-Man Choi gave the Rays a 2-1 lead.

Kiermaier then singled to center, extending the lead to 3-1.

Smith's one-out, two-run blast to right field in the fourth ended Cessa's night as the Rays went up 5-1.

Faria made his first start since May 22 at Boston, when he suffered a left oblique strain. He fared pretty well before he was pulled in the fourth inning. He allowed one run, three hits and walked two and struck out two.

Torreyes, a popular backup, was inserted into the starting lineup two days after he was recalled from Triple-A Scranton/Wilkes-Barre. He started at second base in place of rookie Gleyber Torres and went 0-for-4.

Rays: OF Tommy Pham (fractured right foot) went 3-for-4 with a home run, two RBIs and two runs scored in a rehab game with Class A Hudson Valley, who were playing just a borough away at Staten Island, home of the Yankees' affiliate. Pham, has been on the disabled list since Aug. 3, played six innings.

Yankees: To make room for Cessa on the roster, RHP George Kontos was designated for assignment before Wednesday's game. He made his season debut with the Yankees on Monday, pitching 1 2/3 scoreless innings in the loss against the Mets.

Rays: LHP Blake Snell (13-5, 2.18 ERA) makes his second start after returning from the 10-day disabled list because of left shoulder fatigue. Snell faced Toronto in his previous start and was perfect through five innings before he was pulled from the game.

Yankees: Masahiro Tanaka (9-3, 4.08) makes his 20th start of the season. He lost his previous start against Texas last Friday.