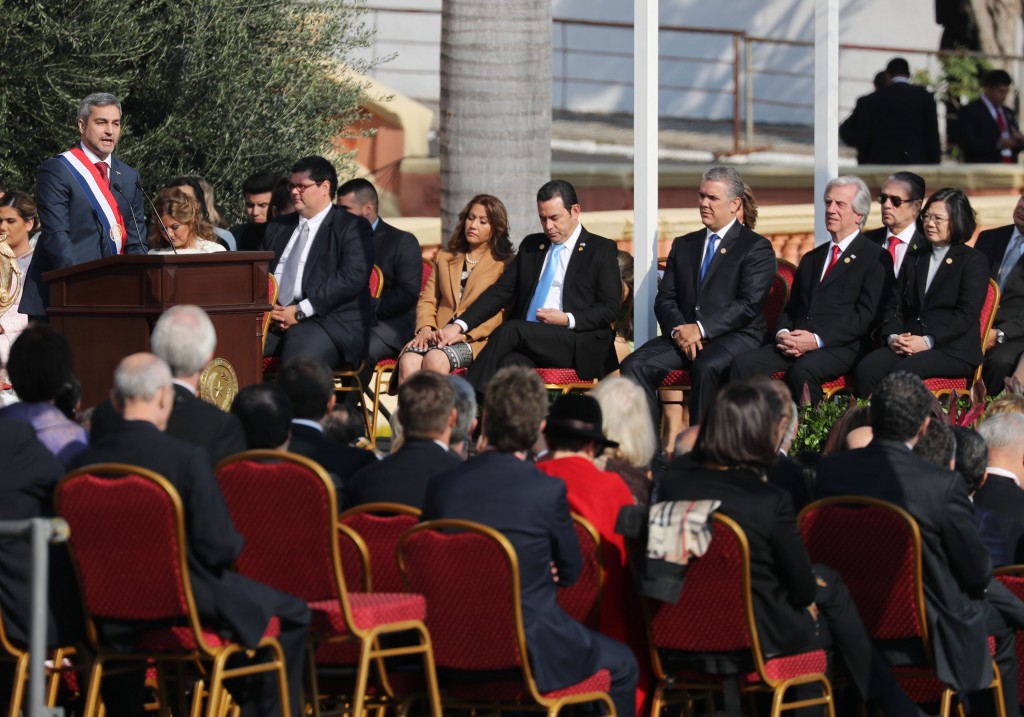 The president also had the ceremony live-streamed on her Facebook page, a common platform for Taiwanese politicians to increase interactions with netizens at home and abroad.

President Tsai arrived at Palacio de los López, office of the Paraguay president, at 8.00 a.m., reported Central News Agency. Later she appeared in the plaza and had brief talks with the leaders of Paraguay's governing party, the National Republican Association – Colorado Party (ANR-PC), such as Juan Carlos Galaverna, before taking her seat. Even though Guatemala is the only country among the above six that has diplomatic relations with Taiwan, reports say President of Uruguay Vazquez and President Tsai, sitting right next one another, had friendly conversations during the ceremony.

In a meeting held at President Abdo's residence on the previous day, the new Paraguay president accepted President Tsai's invitation to visit Taiwan in October, attending the National Day celebration and furthering talks on strengthening the bilateral relations between the two countries.

The presidential inauguration was the center of President Tsai's fifth overseas trip, that began on August 12 to Latin American ally nations. She will depart for Belize on August 16 and return to Taiwan on August 20.