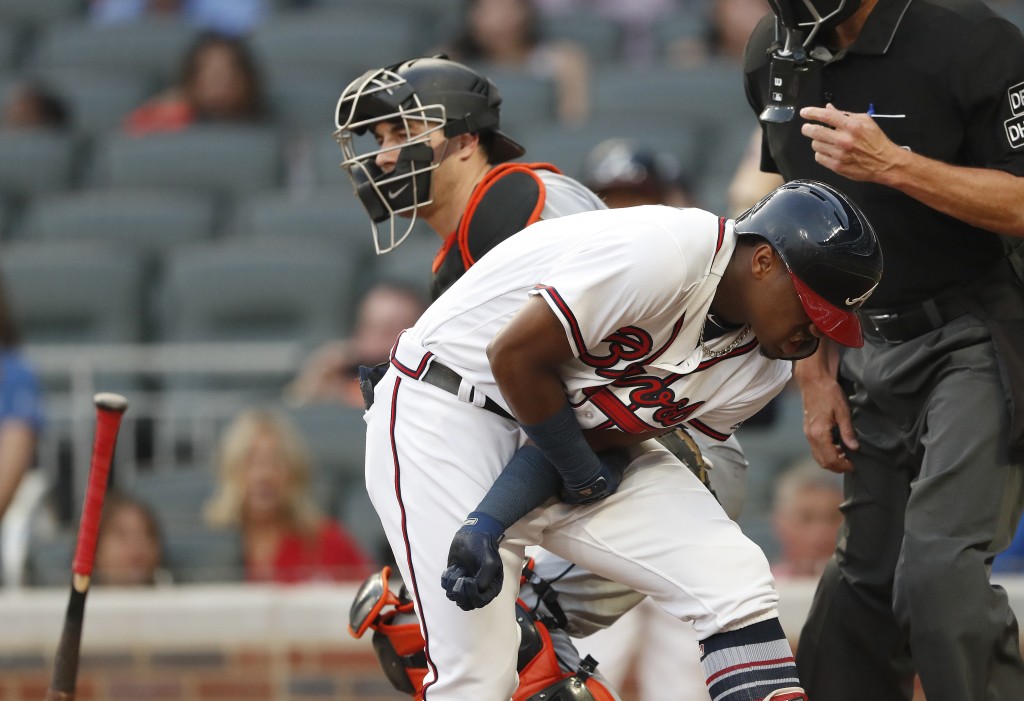 ATLANTA (AP) — Ronald Acuna Jr.'s streak of leadoff homers in three straight games ended when the Marlins' Jose Urena hit him with his first pitch, triggering a melee that led to benches and bullpens for Atlanta and Miami emptying twice.

Urena and Braves manager Brian Snitker were ejected. Snitker had angry words for the pitcher as he led the first exodus from Atlanta's dugout toward the mound.

Urena's fastball hit Acuna's left elbow, leaving Acuna in obvious pain. Trainer George Poulis hovered over Acuna, who sat on the ground near the batter's box while players swarmed near the mound.

Order appeared to be restored until Acuna walked near the mound on his path to first base, took off a protective wrap and tossed it toward the mound. That led to players again spilling out of both dugouts and bullpens. No punches were thrown.

Acuna remained in the game to run the bases but left the game in the top of the second, walking off the field after taking his position in left field. There was no immediate word on his possible injury.