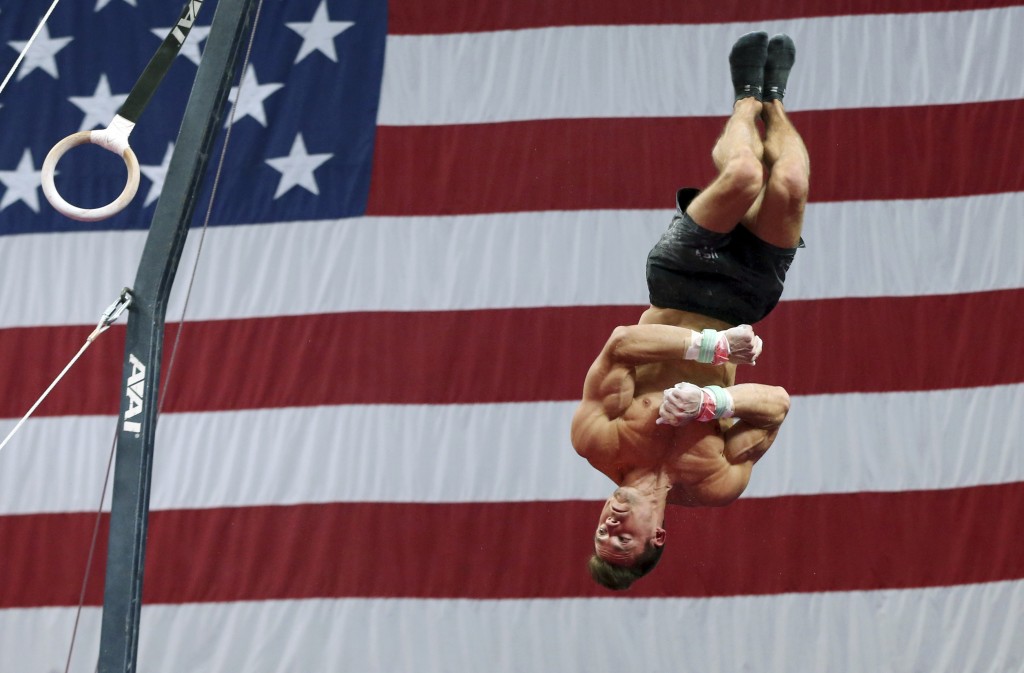 BOSTON (AP) — If Sam Mikulak didn't already get the message from the twinge in his back during a dismount last week, he could certainly figure it out from looking around the field at the U.S. gymnastics championships.

"I definitely feel like I'm getting older," the four-time American champion said after practice at the new Boston Garden on Wednesday.

"Just knowing everyone is younger than me," said the 25-year-old Mikulak, a two-time Olympian who is looking at Tokyo as his last chance at a medal. "All the guys that were on the Olympic team with me, they're all gone now."

Although it might not have the star power of Simone Biles' comeback after taking a two-year sabbatical, Mikulak's return in the men's field has a similar effect. After winning four straight U.S. all-around titles, Mikulak was still recovering from a torn Achilles tendon and did not compete in all six events at the 2017 national championships.

That created an opening for Yul Moldauer, but also left questions about whether he only won because Mikulak was out.

Moldauer, 21, is back to defend his title in Boston this week.

And this time he will have to go through Mikulak.

"Sam's back. People are healthy. ... It's going to be fun just to see where everybody's at," Moldauer said. "I think it's great that he's pushing me, and hopefully I'm pushing him. I think it's going to make the U.S. team stronger."

A two-time NCAA champion at Michigan, Mikulak placed fifth in the vault and team event at the London Olympics and then came away from the Rio games with a best finish of fourth, in the horizontal bar. Three of his U.S. teammates in 2016 — Jake Dalton, Chris Brooks and John Orozco — have retired; Alex Naddour is suspended pending an investigation by the U.S. Center for SafeSport.

But Mikulak isn't done yet. His only medal at world championships was a bronze in the team event in 2014, and he's hoping a victory in Boston would be a stepping stone to a strong performance in Qatar this fall.

"I love the sport," Mikulak said. "I do want more (international) success, until I check that off I'll feel like I've earned my right to retire."

Only six American gymnasts have won five or more U.S. all-around titles; Blaine Wilson, who won five straight from 1996-2000, was the last.

"It would definitely be a nice addition," Mikulak said. "But I'm trying to look into the world and international scene a bit more and if the medal comes along that's just the cherry on top."

After jamming his back last week on a dismount — he says he is feeling "normal-ish" heading into the weekend, about 80 percent of full strength — he has removed some minor skills from his routine. As a result, he's more confident with what remains.

He has also made some concessions to his age.

After leaving Rio convinced he could push through another four years — after that it might be year-to-year — Mikulak has changed his diet and some of his practice regimen, shifting his emphasis from cranking out the same turn over and over again to doing fewer repetitions, and getting it right each time.

He spends time rehabbing his shoulders to counteract the damage that he does during workouts.

"I've started thinking about what I can do to make myself last longer," he said.

He's also made an effort to leave the gym behind.

He has moved in with his girlfriend, and then have adopted a puppy — a bull terrier named Marshall, after the character on the TV show "How I Met Your Mother."

"My day used to be just about how today in the gym went. Now, when I'm out, I get my break," he said. "I feel like I've changed a lot since my whippersnapper days."