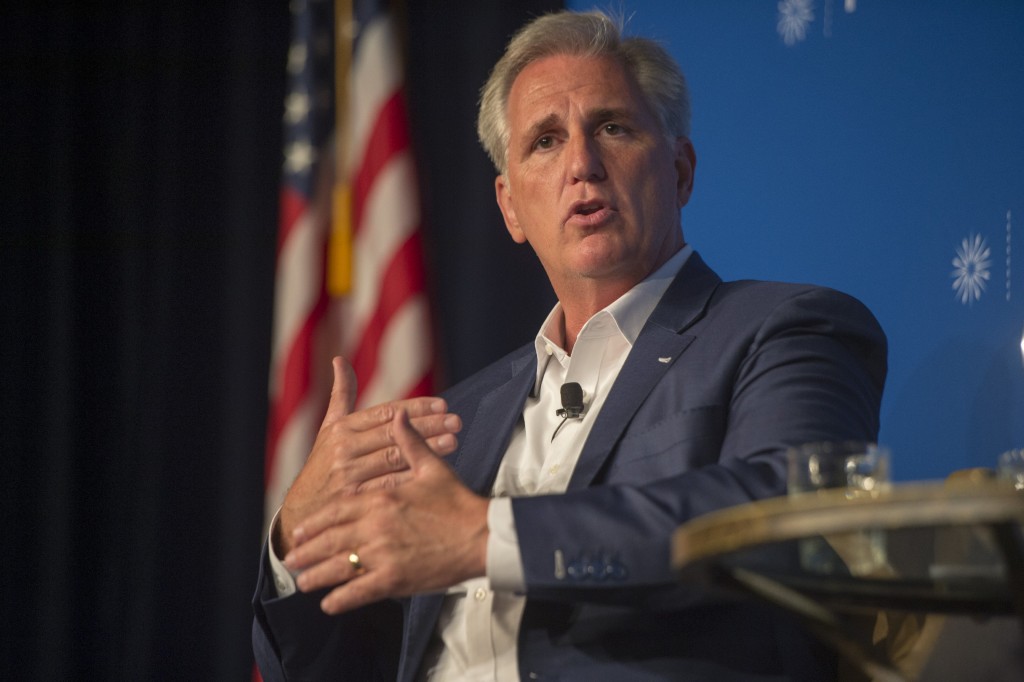 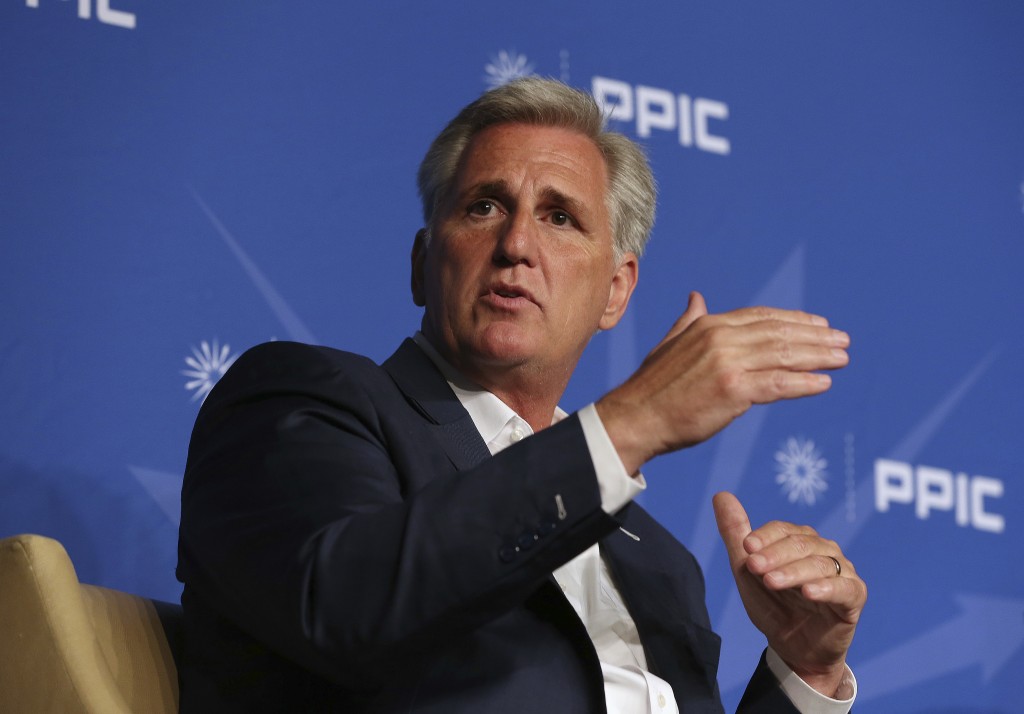 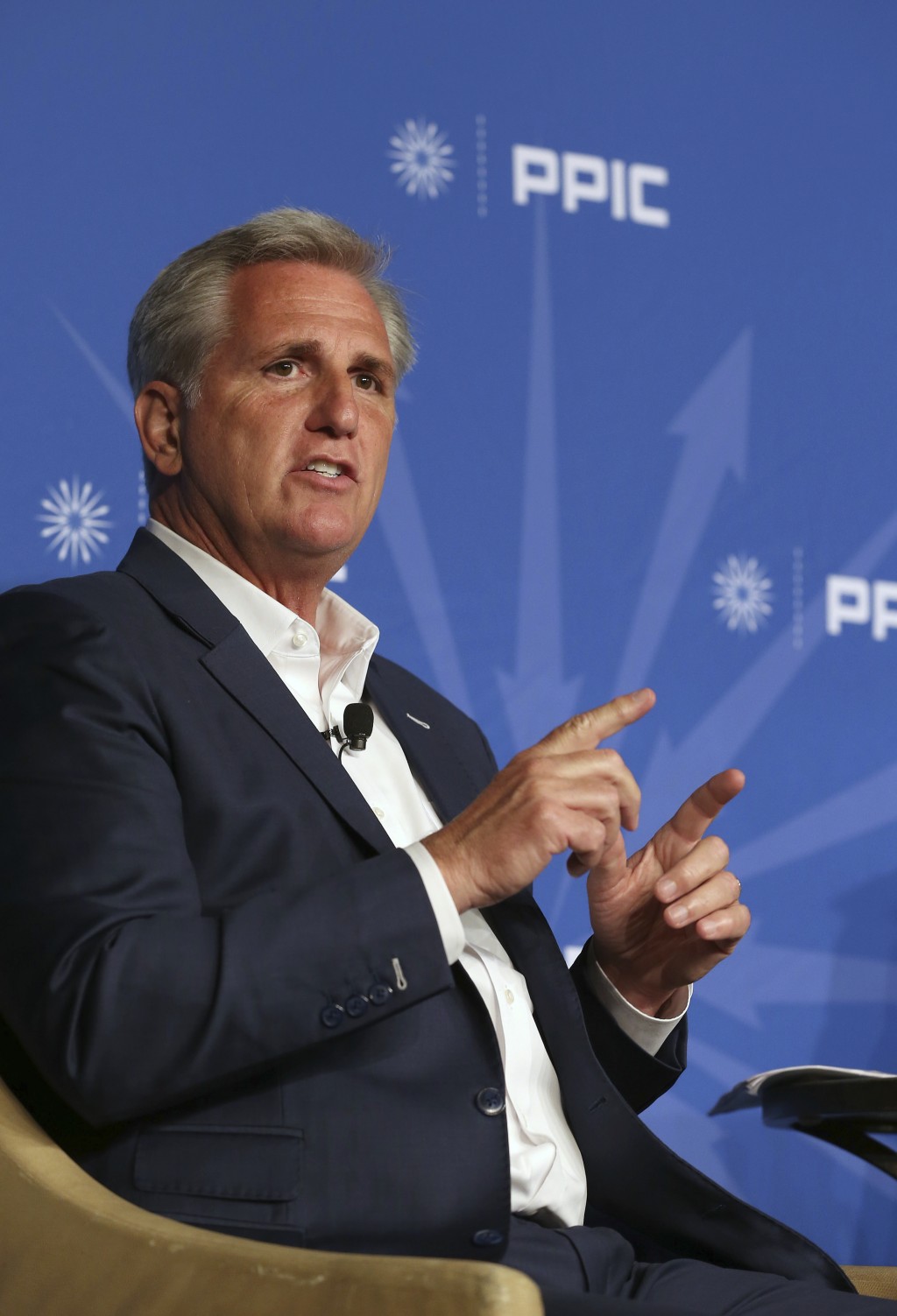 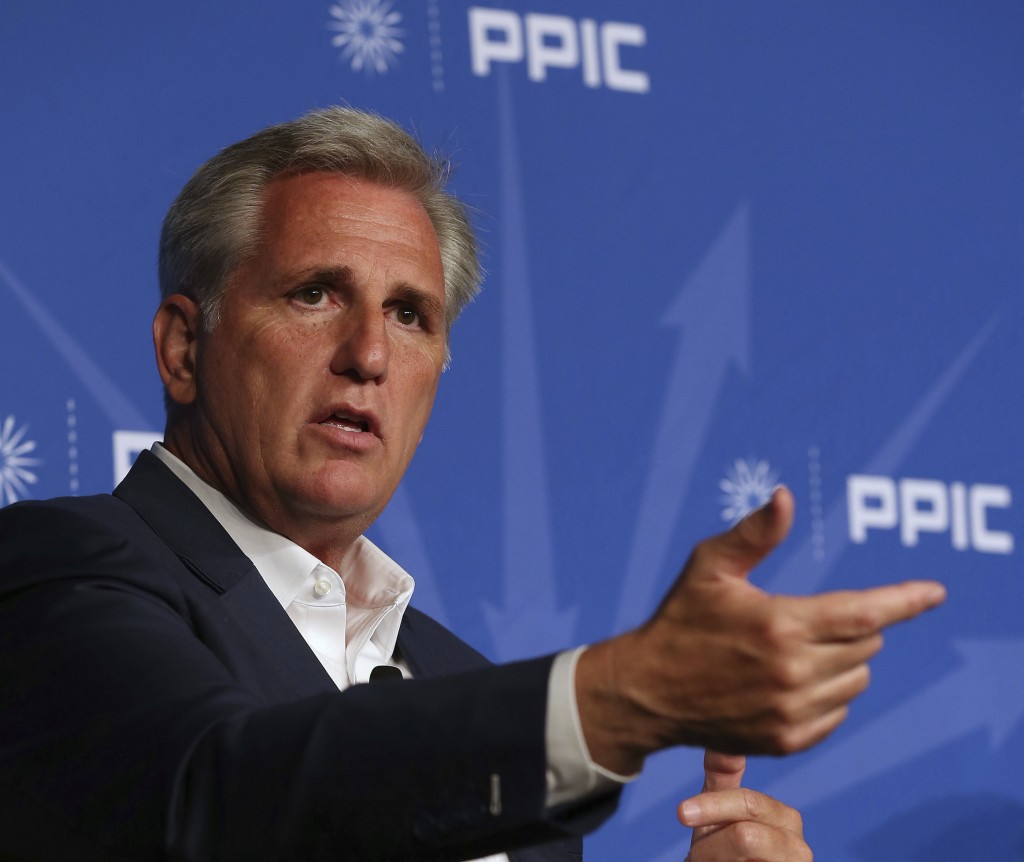 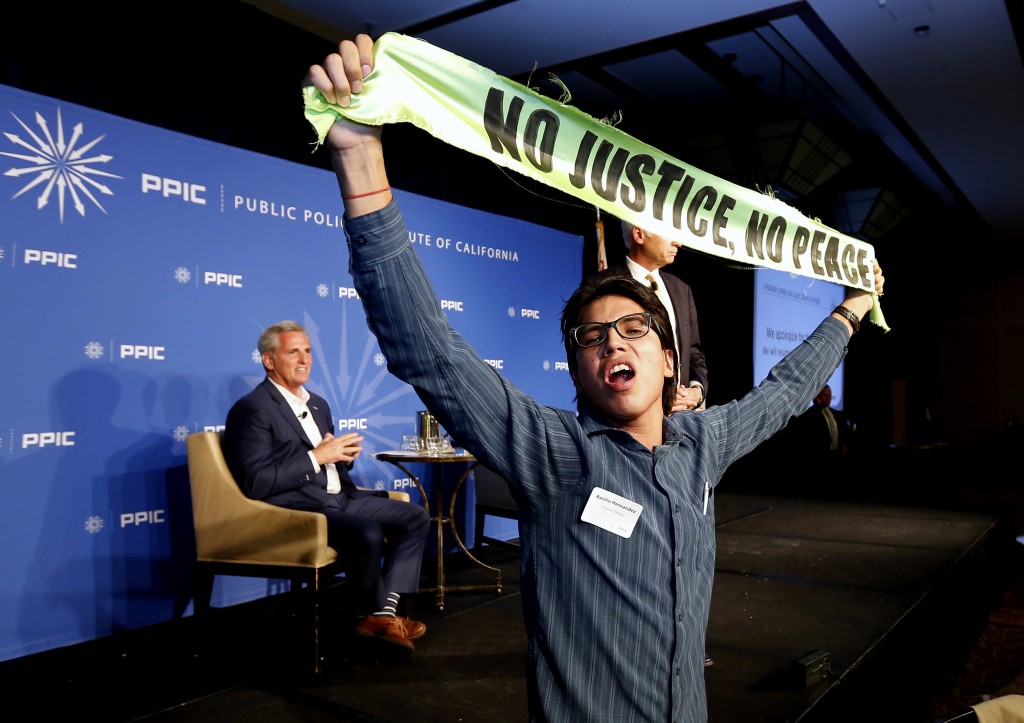 SACRAMENTO, Calif. (AP) — House Majority Leader Kevin McCarthy blasted his home state of California as out of touch Wednesday, criticizing leaders for increasing the gas tax and failing to get a handle on long lines at the Department of Motor Vehicles. At the same time, the Republican defended the Trump administration's policies on taxes and tariffs.

A protest from dozens of young immigrant activists seated throughout the room briefly delayed McCarthy's Q-and-A at the event sponsored by the Public Policy Institute of California.

"McCarthy, where's your heart?" chanted the group, organized by the Coalition for Human Immigrant Rights, a Los-Angeles based group that has launched protests over the Trump administration's immigration policies and pushed for legislation giving legal status to young immigrants brought to the country illegally as children.

McCarthy lamented the protests after a several-minute pause in the event.

"How productive is that?" he said. Several minutes earlier, McCarthy had said Democrats in Congress are to blame for the lack of a comprehensive immigration overhaul.

McCarthy ticked through a slew of California Republicans' midterm talking points. It's McCarthy's job to help Republicans defend their majority in the chamber in the November elections, when Democrats are hoping to pick up at least seven seats in California.

McCarthy is angling to be the next Speaker of the House after Paul Ryan retires at the end of the year, although he remained coy about his ambitions.

He zeroed in on a 12-cent increase in the state's gas tax enacted last year to pay for road and bridge repairs, which Republicans are trying to repeal in November. Working Californians already struggling to afford homes and live close to where they work are being punished by the higher tax, McCarthy said.

His criticism of the gas tax, DMV woes and the high cost of living echoed key themes the GOP is using to sway independent voters ahead of the November election.

McCarthy defended the federal tax overhaul and the escalating tariff feud with China, which is expected to hit American farmers hard. McCarthy's home county is one of the nation's most productive agricultural counties. He acknowledged the tariffs make farmers in his district nervous but said the country will be better off in the long run.

McCarthy declined to answer a reporter's questions on the immigration protests.

He's not the first California politician to be interrupted by young immigration activists. Last year, Democratic U.S. House Minority Leader Nancy Pelosi was heckled in San Francisco by activists who argued she wasn't doing enough to fight for them, and Democratic U.S. Sen. Dianne Feinstein has faced protests as well.