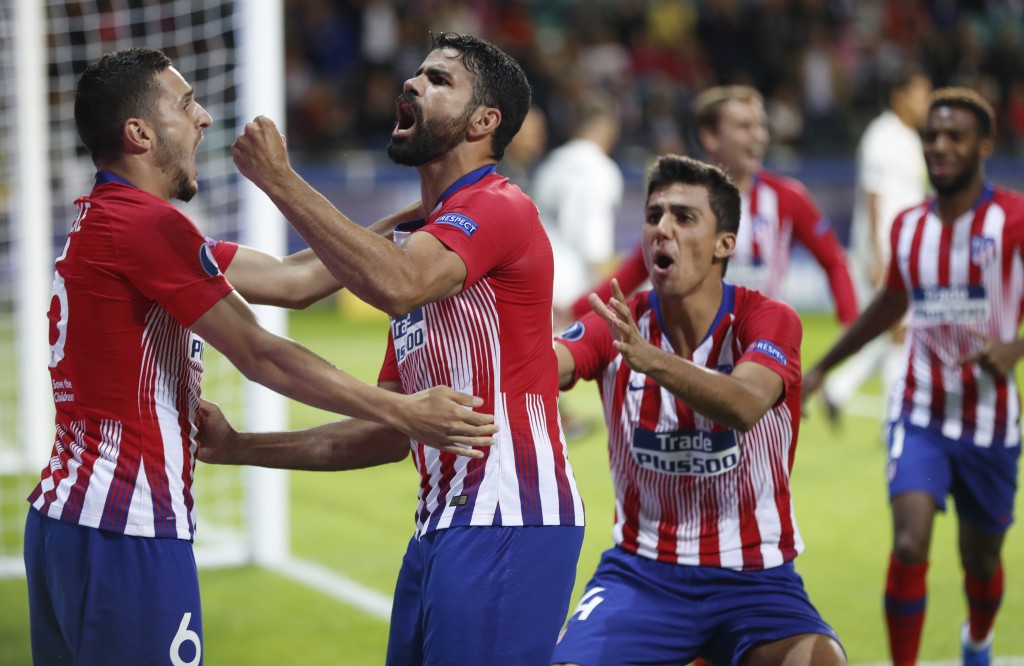 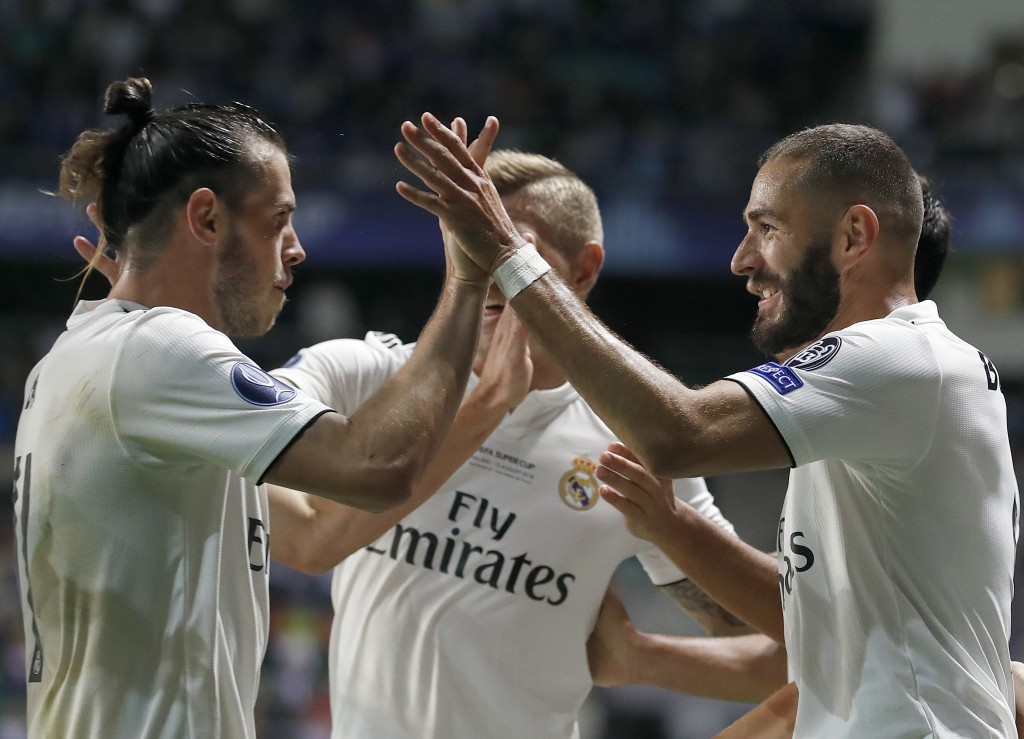 TALLINN, Estonia (AP) — Atletico Madrid finally got the better of Real Madrid on the European stage, scoring twice in extra time to win 4-2 in the UEFA Super Cup final on Wednesday in its rival's first game without Cristiano Ronaldo.

Atletico got off to a flying start with Diego Costa scoring the competition's fastest goal just 50 seconds in, but Madrid came back to take a 2-1 lead as Los Blancos tried to prove they can still win trophies without Ronaldo and with a new coach.

But Costa equalized late in the match with his second goal before Saul Niguez and Jorge "Koke" Resurreccion sealed the victory in extra time on a cool night in Estonia's capital.

Atletico's victory was over its crosstown rival had added significance after it lost two Champions League finals to Madrid in 2014 and 2016. Diego Simeone's team was also eliminated by Madrid in the 2017 semifinals.

The loss leaves new Madrid coach Julen Lopetegui still having to prove that there is life after Ronaldo, who scored 450 goals in 438 matches before joining Juventus this summer and helped lead the club to three straight Champions League titles. Gareth Bale showed glimpses of his pace and skill, but couldn't mimic Ronaldo's ability to decide a game on his own.

Instead, Costa was the one who dominated at the Lillekula Stadium in Tallinn. He overpowered Madrid's center backs in the first minute after a long ball from Stefan Savic, first winning a header against Sergio Ramos and then muscling past Raphael Varane to cut into the area where he beat goalkeeper Keylor Navas at the near post.

Karim Benzema equalized in the 27th minute, heading in a pinpoint cross from Bale, who was able to break away from Lucas Hernandez on the right and curl the ball into his fellow forward's path. Bale, who was given a freer role than he's used to, caused trouble for Atletico's defense in the first half as he switched between wings. He was Madrid's main creative spark at that point, with his teammates constantly trying to feed him the ball.

Sergio Ramos scored a penalty in the 63rd minute after Juanfran Torres handled in the area as the ball flew over him from a corner. The Madrid captain made a run-up and then stopped, before coolly slotting into the right corner.

Juanfran made up for it in the 79th by taking the ball off Marcelo near the touchline and then passing to Angel Correa. The substitute then skipped past a couple of Madrid defenders and cut the ball back from the byline to Costa, who poked the ball into the roof of the net.

In extra time, substitute Thomas Partey set up the decisive goal when he stripped the ball off Varane and played a one-two with Costa before dribbling toward the byline. Partey then cut the ball back to Saul Niguez, who volleyed the ball first-time to send the ball past Navas to make it 3-2 in the 98th. Koke finished Madrid off with a cool finish in the 104th.