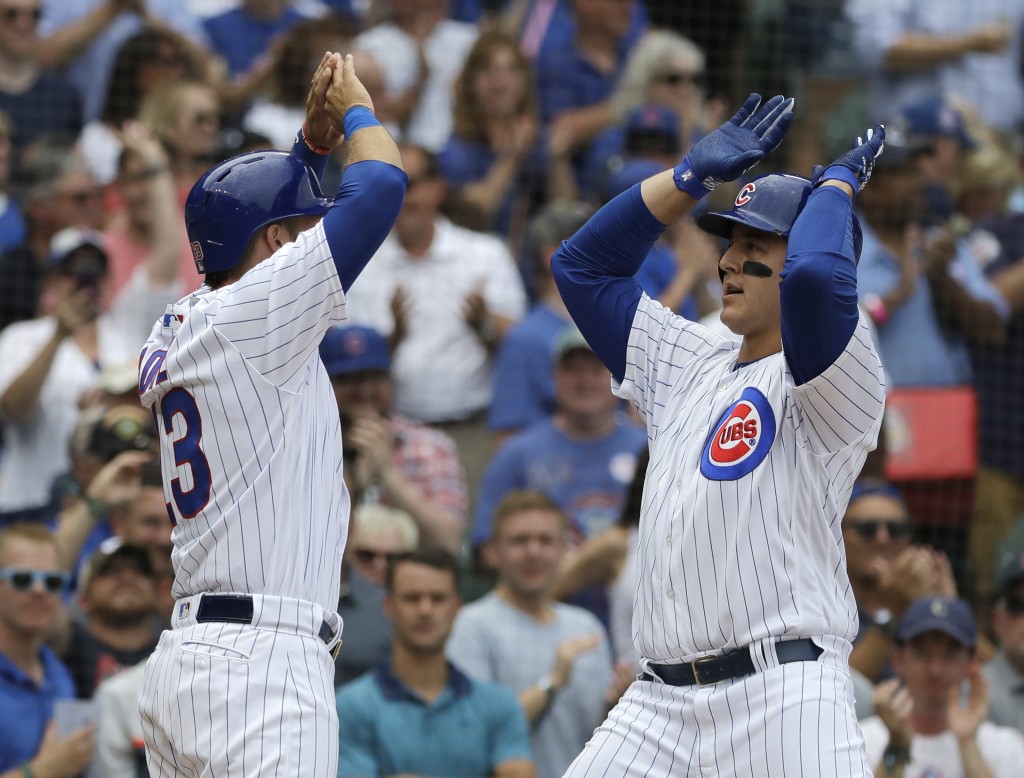 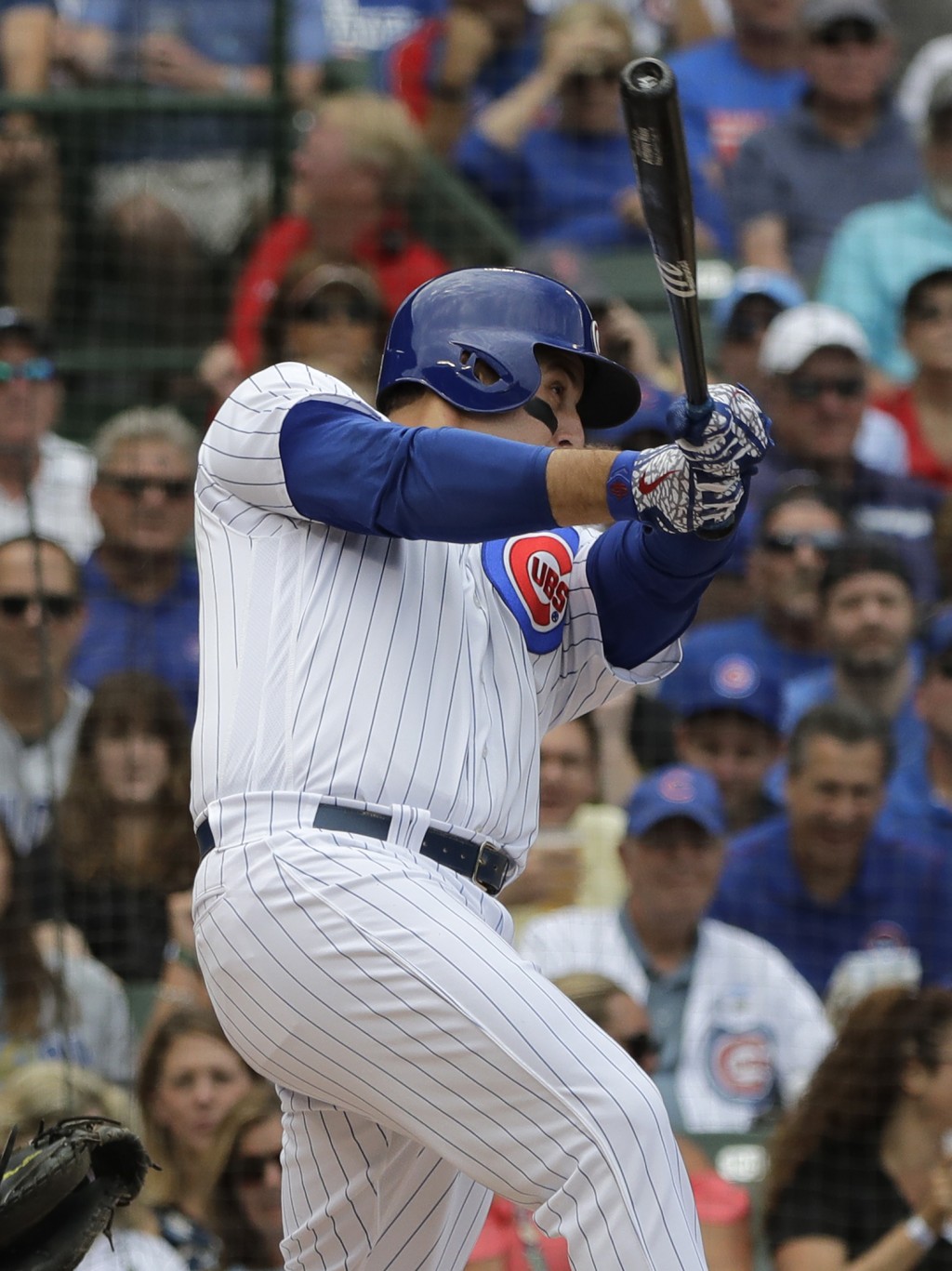 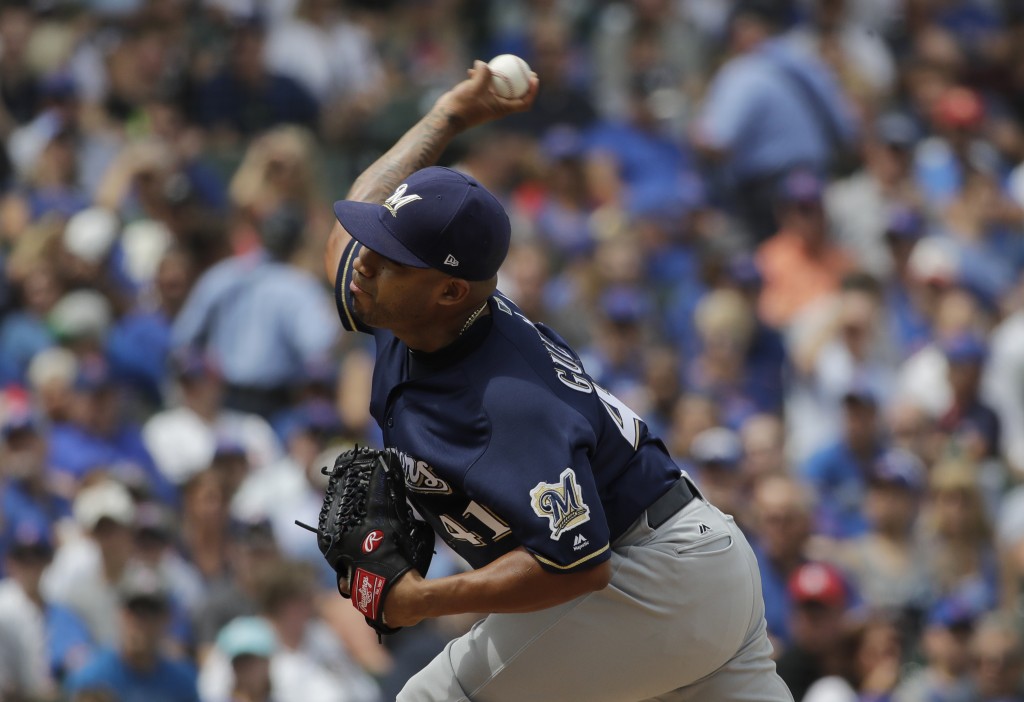 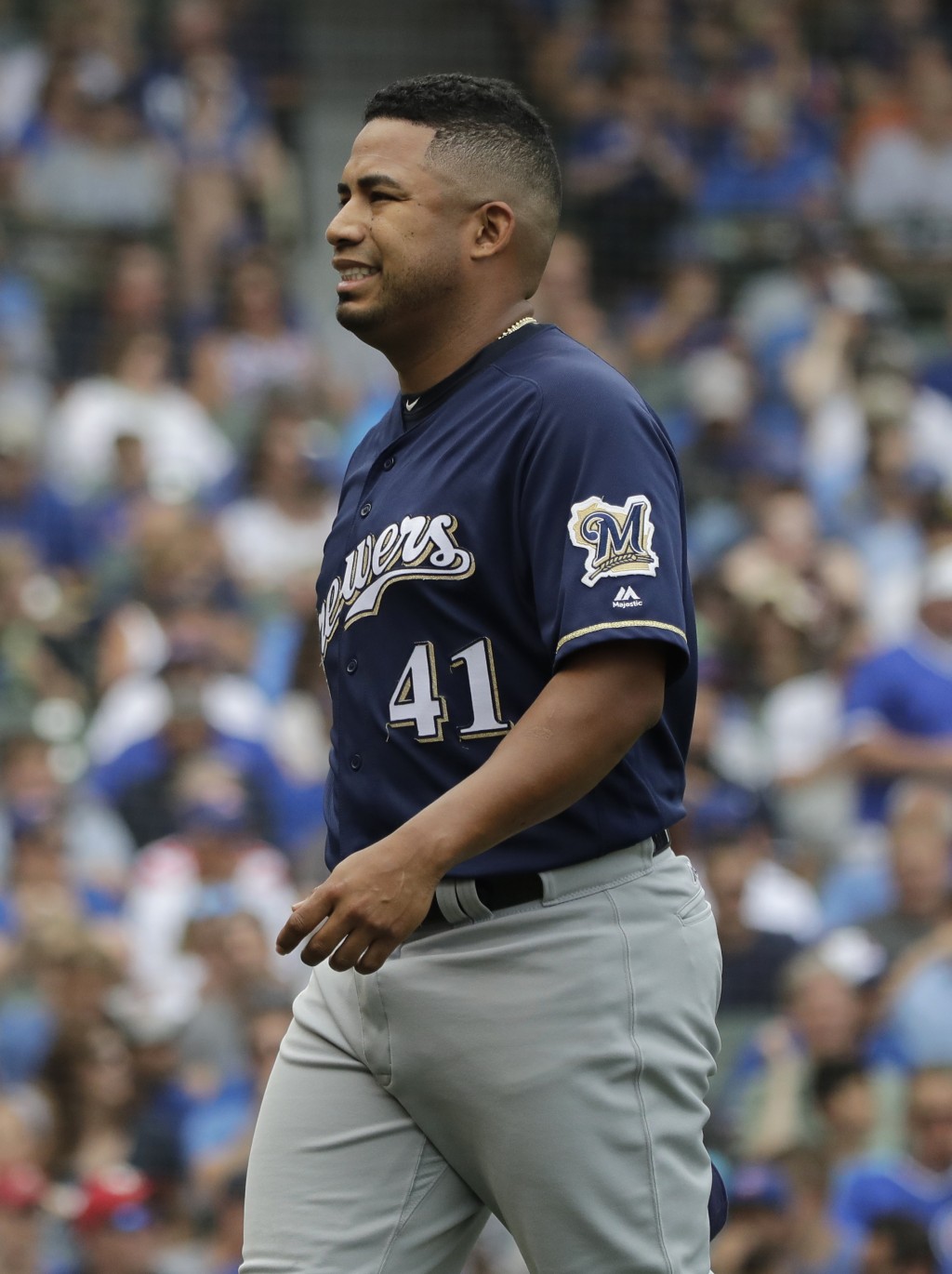 CHICAGO (AP) — Anthony Rizzo homered, drove in three runs and stole two bases in his return to the cleanup spot, and the Chicago Cubs restored their three-game lead in the NL Central by topping the Milwaukee Brewers 8-4 on Wednesday.

Jason Heyward added three hits and two RBIs as Chicago bounced back nicely from its 7-0 loss to Milwaukee in the opener of the two-game series. David Bote had two hits, scored twice and made a terrific barehanded play at third base in his first action since he hit a game-ending grand slam in Sunday night's 4-3 victory over Washington.

Kyle Hendricks (9-9) struck out eight in six-plus innings on his bobblehead day, providing a lift for the Cubs after Jon Lester and Jose Quintana struggled in recent starts.

Wild card-leading Milwaukee had a chance to inch closer to Chicago, but instead lost for the fourth time in six games. Junior Guerra (6-8) lasted just 3 2/3 innings, and first baseman Eric Thames committed an error that helped set up a run.

The Brewers also lost left fielder Ryan Braun and catcher Manny Pina to injuries. Braun departed with tightness on the right side of his rib cage, and Pina was pulled after he collided with Javier Baez while he was diving back to second in the seventh.

Pina stayed in after the play and scored on Mike Moustakas' single. But Erik Kratz took over behind the plate in the bottom half of the inning.

Rizzo, who had been leading off for Chicago, drove a 0-1 pitch from Guerra into the basket in left for a two-run shot in the first. The big first baseman also blooped a run-scoring single into center in the Cubs' three-run fourth, helped by a partly cloudy sky that made life difficult for each team all afternoon.

The Brewers closed to 7-4 on Hernan Perez's RBI single in the seventh. But they wasted a chance for more when Travis Shaw popped out and Jonathan Schoop lined to left with the bases loaded, ending the inning.

Albert Almora Jr. then led off the bottom half of the inning with a line drive into the bleachers in left. It was his first homer since June 28 and No. 5 on the year.

The Cubs acquired minor league outfielder Terrance Gore from Kansas City for a player to be named or cash. He was assigned to Triple-A Iowa.

Brewers: RHP Jimmy Nelson is unlikely to return this season after he had shoulder surgery in September, according to manager Craig Counsell. ... RHP Zach Davies, who is coming back from an inflamed right rotator cuff and tight lower back, could make another rehab appearance after he starts for Triple-A Colorado Springs on Thursday.

Cubs: There was no pregame word on the next step for RHP Yu Darvish, who threw about 55 pitches in a simulated game on Tuesday. Darvish (triceps and elbow injuries) is expected to go on a minor league rehab assignment.

Brewers: Following a day off, RHP Freddy Peralta (5-3, 4.47 ERA) faces Cardinals RHP Luke Weaver (6-10, 4.66 ERA) on Friday night in the opener of a big weekend series in St. Louis. Peralta was tagged for seven runs in three-plus innings in a 10-1 loss at Atlanta on Friday night.