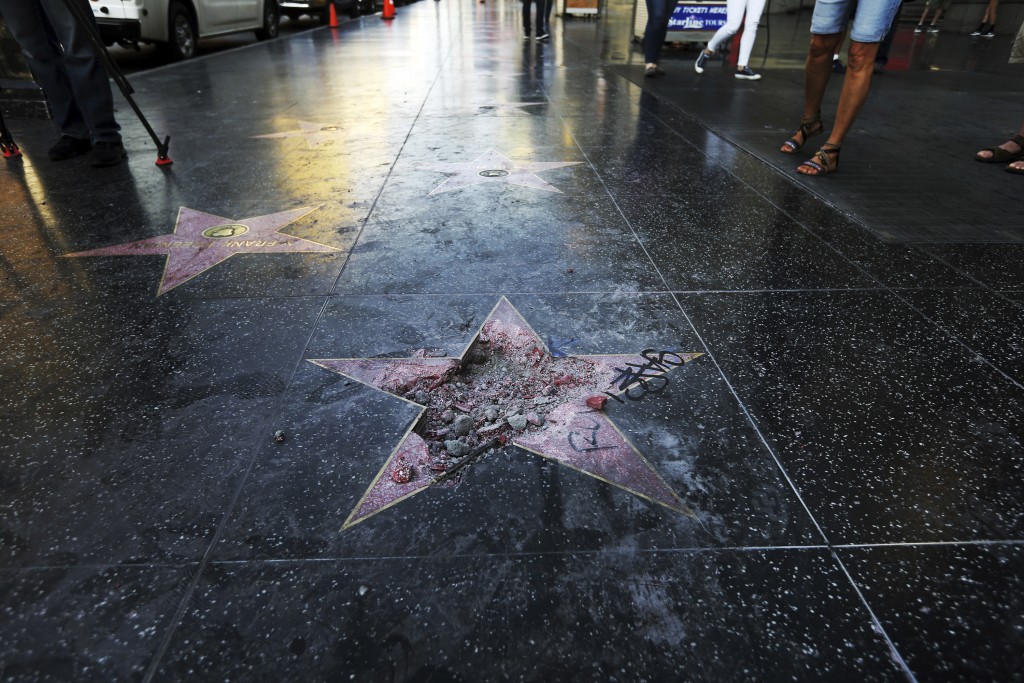 LOS ANGELES (AP) — The man accused of smashing President Donald Trump's star on the Hollywood Walk of Fame called it a "rightful and just act."

Prosecutors say Clay took a pickax to Trump's star on Hollywood Boulevard on July 25. It recognizes Trump for his work on the TV reality show "The Apprentice." It has been repaired.

Clay spoke to reporters outside the courthouse Wednesday. He says he wanted to "bring about positive political change" and doesn't believe prosecutors should have brought charges against him.

Clays says he thinks the "repercussions of it were only positive."

If convicted, he could face up to three years behind bars.