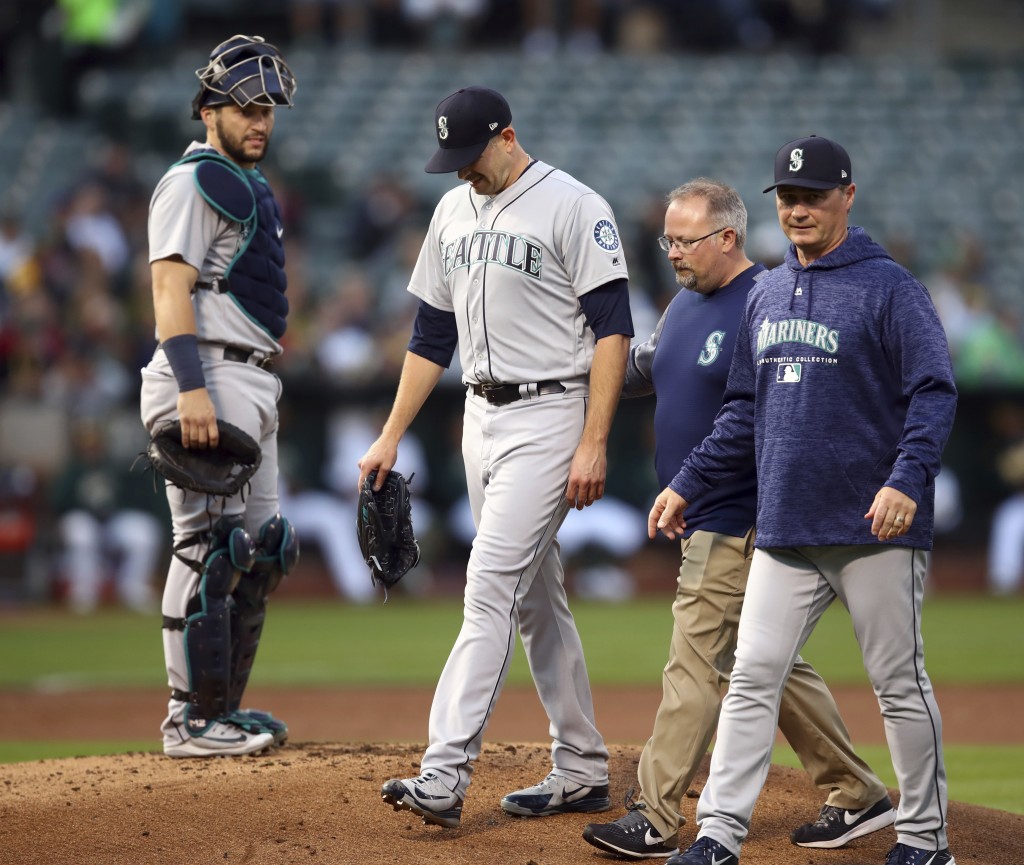 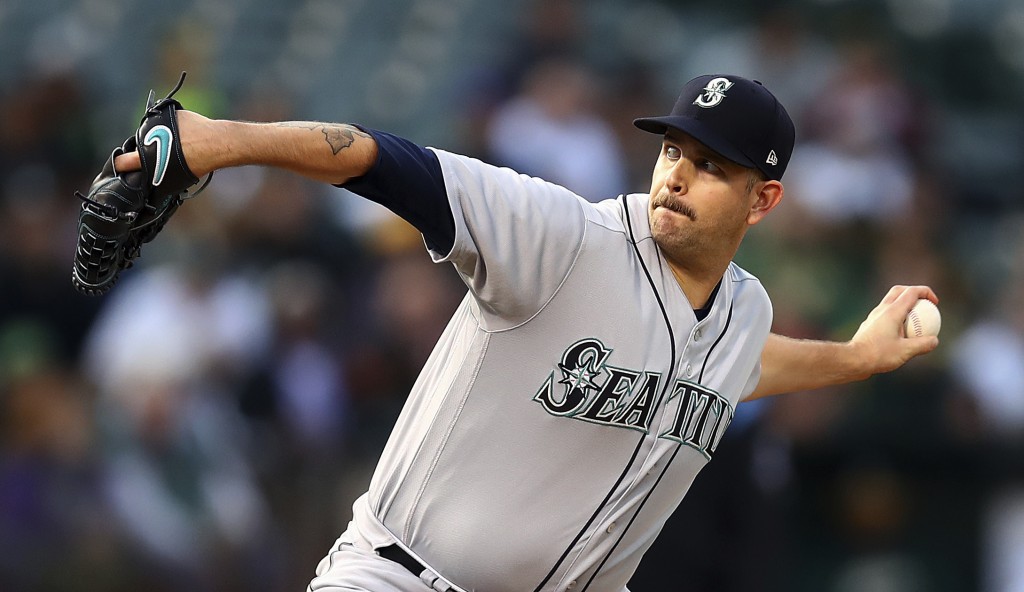 OAKLAND, Calif. (AP) — The Seattle Mariners have placed ace James Paxton on the disabled list with a forearm bruise, one day after the left-hander was struck by a line drive.

Paxton was facing the third batter in the first inning Tuesday night when Jed Lowrie lined a ball back up the middle, hitting the pitcher hard. Paxton walked toward second base in obvious pain as a team trainer and manager Scott Servais rushed onto the field.

Paxton was replaced by Felix Hernandez.

After the game, Paxton told reporters he felt tightness in his arm and could not grip a baseball. X-rays were negative.

Hernandez, who allowed two runs over 5 2/3 innings, is likely to take Paxton's turn in the rotation.