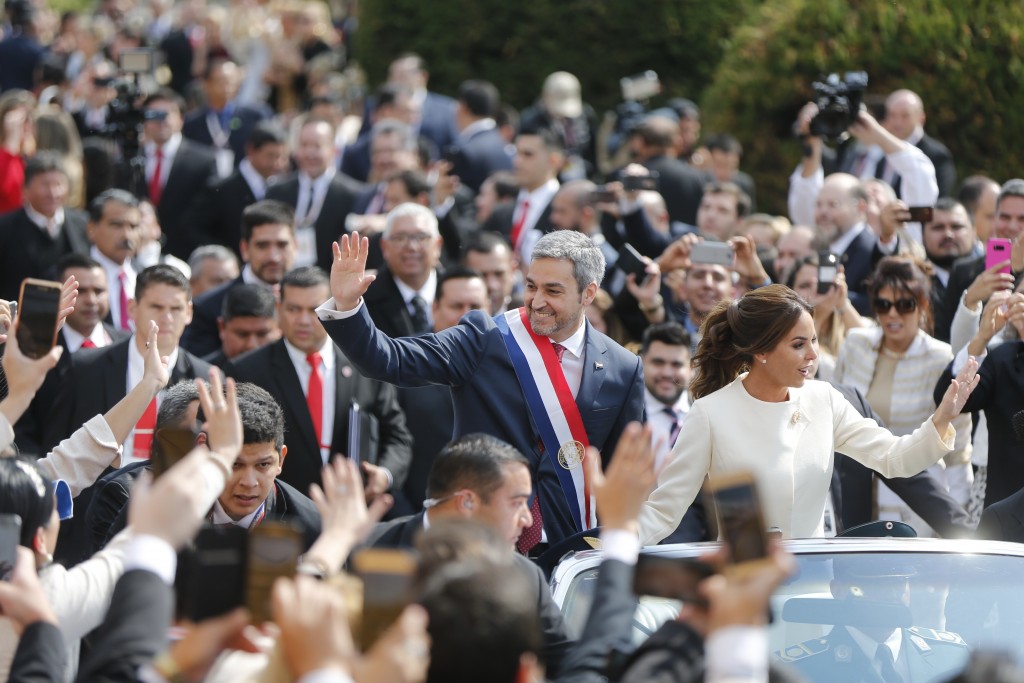 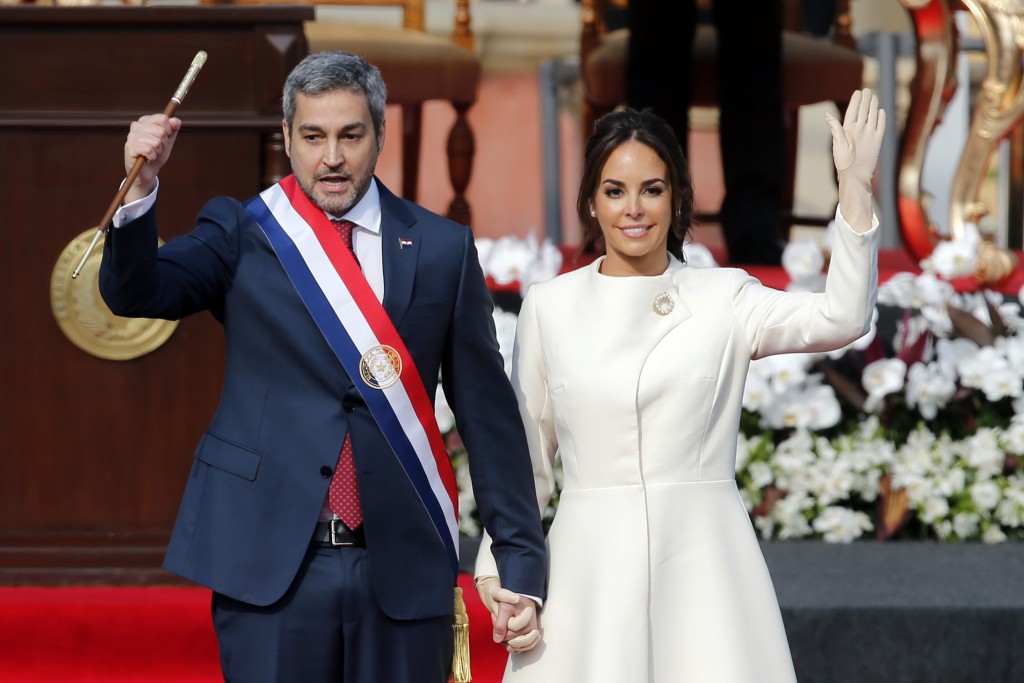 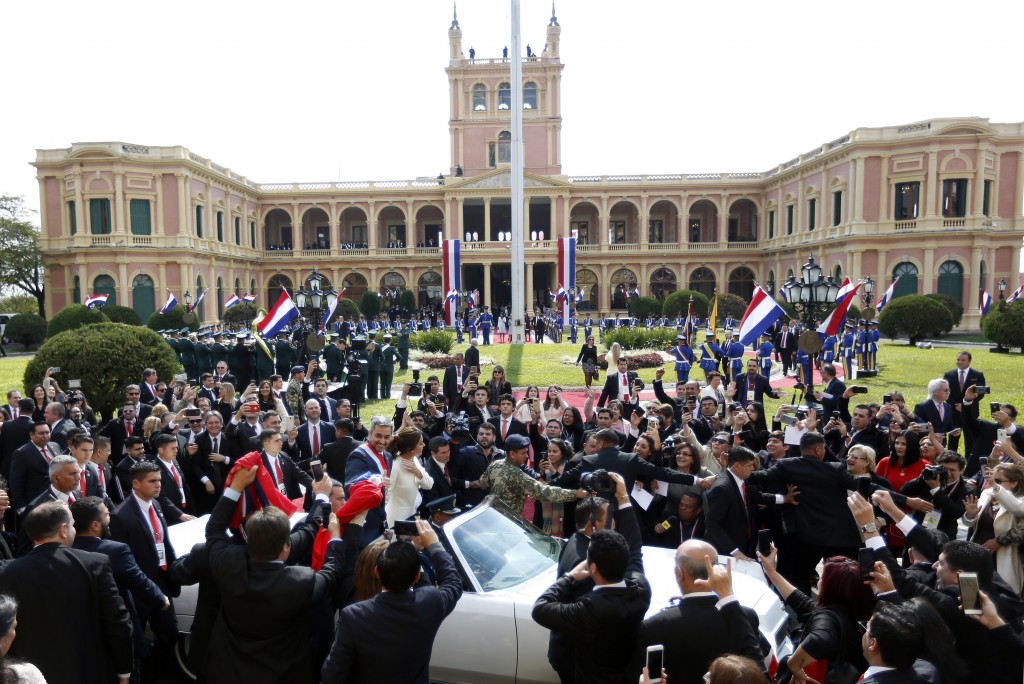 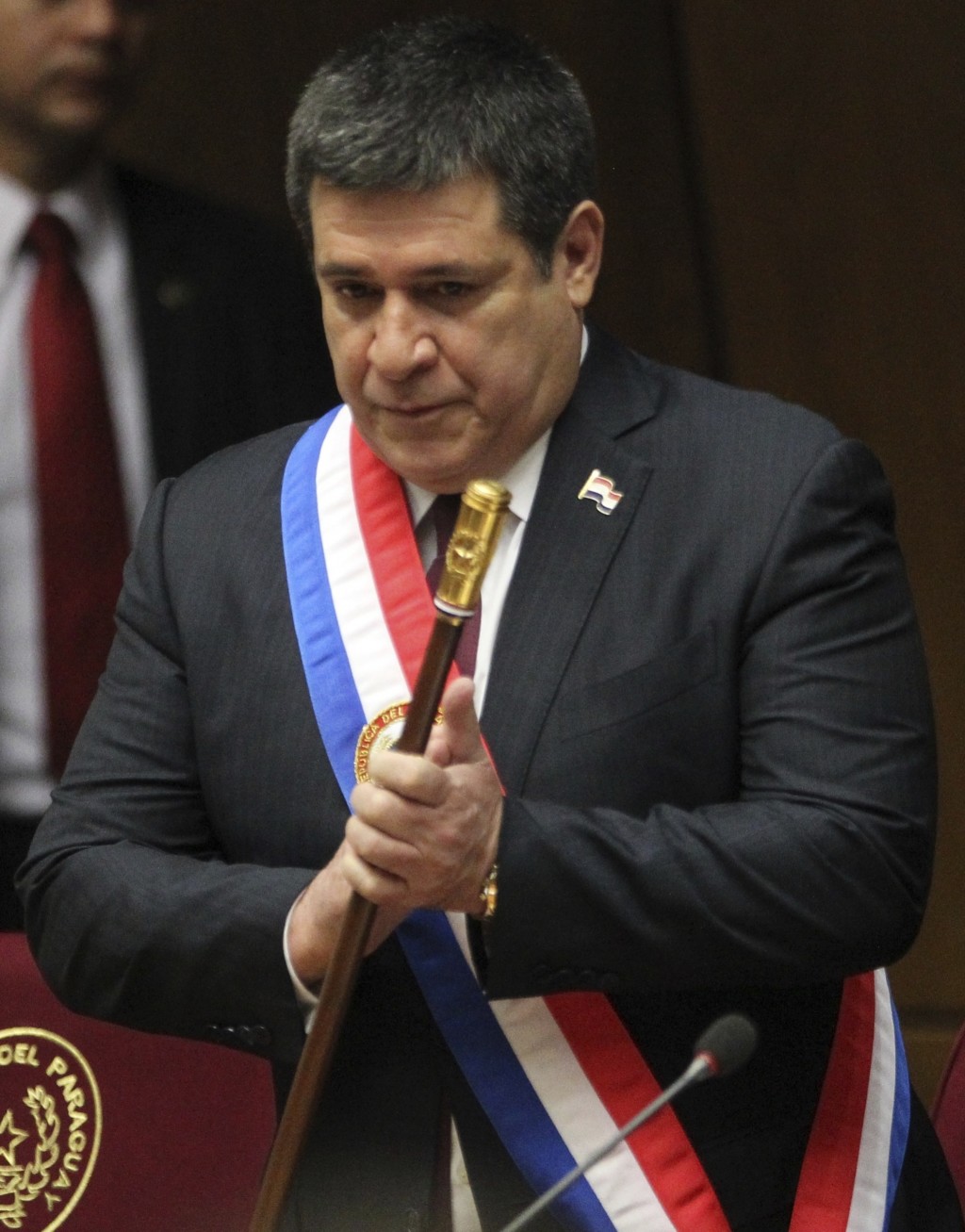 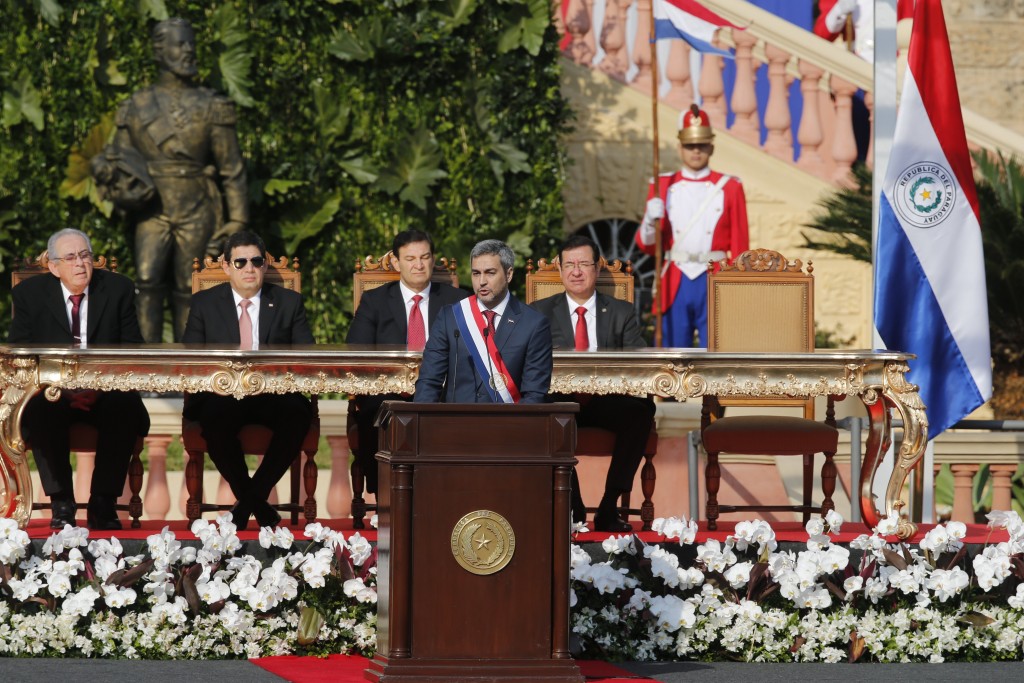 Abdo Benitez urged Paraguay to "look toward the future and not remain stuck in the past" as he took the oath of office to start a five-year term on Wednesday.

The 46-year-old marketing expert campaigned to continue Cartes' business-friendly policies and played down fears of a return to the heavy-handed past of dictator Alfredo Stroessner. Abdo's father was Stroessner's private secretary.

While they belong to the same Colorado Party, Cartes has been unhappy that Abdo failed to back his effort to take an elected seat in the Senate. That would have given Cartes greater influence — and possibly immunity from any future efforts to prosecute him.