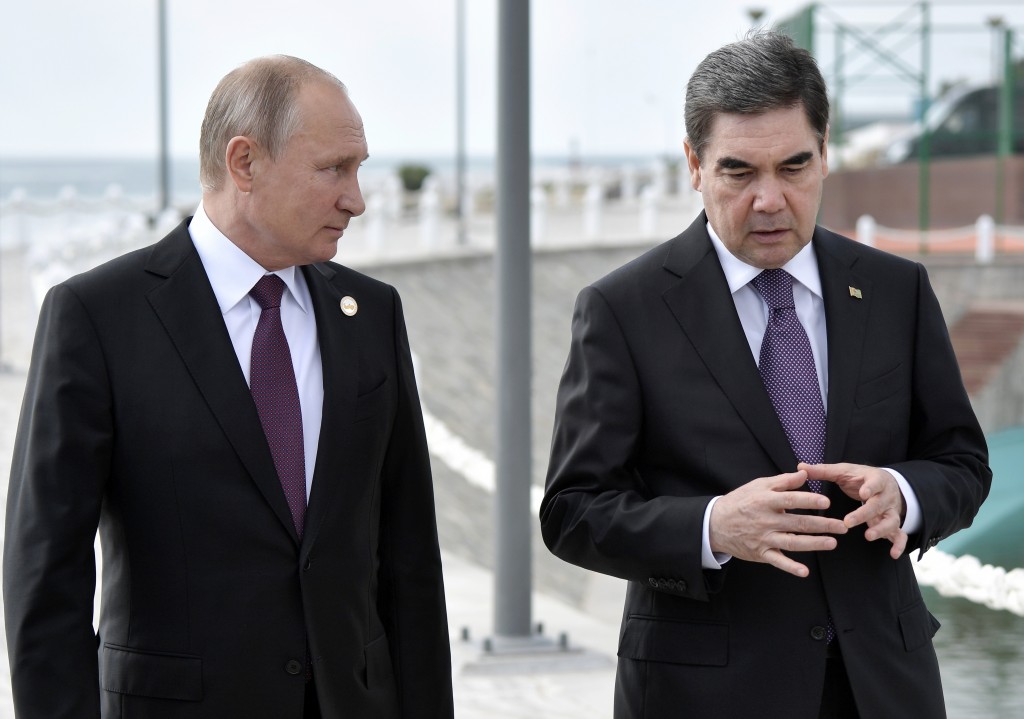 MOSCOW (AP) — Russian President Vladimir Putin has hosted the leader of Turkmenistan for talks following the signing of an agreement on that divides the resources of the Caspian Sea among neighboring countries.

Putin said Wednesday he would like to discuss bilateral ties following the convention's signing.

Russia stopped buying Turkmenistan's natural gas in 2016 amid a slump in global prices, citing contract violations by Turkmenistan. Turkmenistan then halted shipments of natural gas to Iran, citing Iran's debt for previous supplies, and was left with China as its sole customer.

Officials hint Russia may resume gas imports from Turkmenistan in the near future.