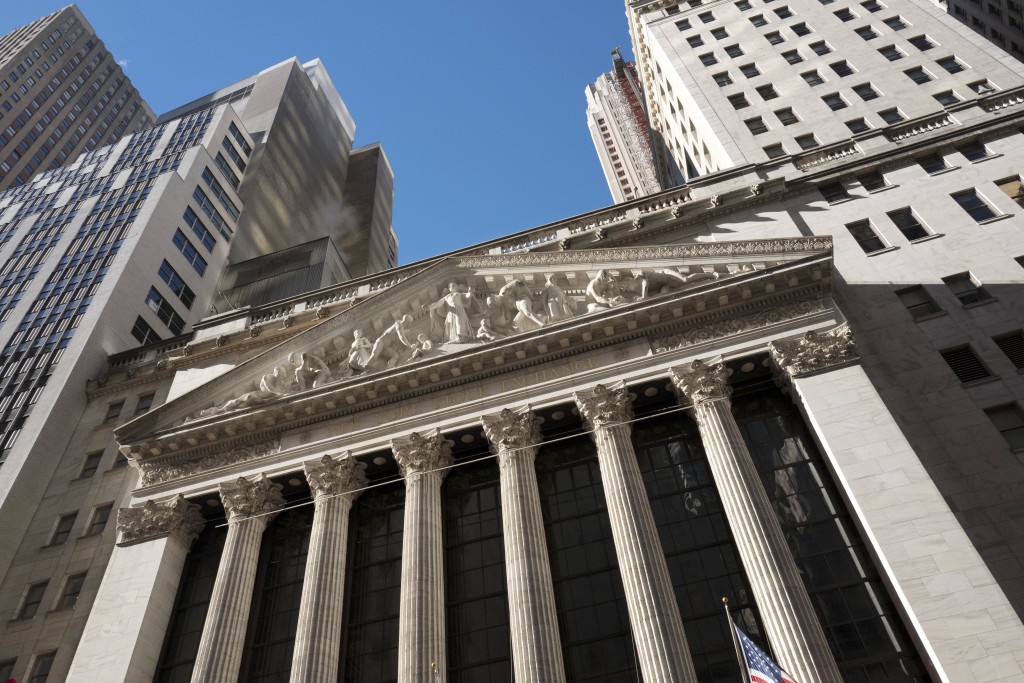 Technology and energy companies are taking some of the worst losses in the U.S. Retailers are falling despite solid results from Macy's and an overall increase in retail sales in July.

The Russell 2000 index of smaller-company stocks sank 14 points, or 0.8 percent, to 1,678. While stocks rallied overall, on Tuesday, small and mid-size companies did far better than large ones. That suggests U.S. investors felt domestically-oriented companies are a safer bet than multinationals after the turmoil of the last few days.

Department store Macy's had a strong second quarter and raised its projections for the year. However its sales slipped compared to a year ago, and Macy's and its peers slumped after big gains earlier this year. Macy's sank 9.7 percent to $37.77 while Nordstrom dropped 4 percent to $52.66 and Kohl's shed 4.1 percent to $75.71.

Those stocks have been falling for years as investors worried about the growing threat of Amazon and other online shopping options. Despite Wednesday's losses, Macy's is up about 50 percent in 2018 and Kohl's has rallied almost 40 percent.

COMMODITIES: Energy companies fell with oil prices. U.S. crude sagged 1.8 percent to $65.83 a barrel in New York and Brent crude, the standard for international oil prices, lost 1.2 percent to $71.58 a barrel in London.

Gold and silver prices also fell. Copper lost 3.2 percent to $2.60 a pound, its lowest price in more than a year.

Copper is considered an important economic indicator because of its many uses in construction and power generation. Copper futures have fallen more than 20 percent since hitting an annual high of $3.30 a pound in early June.

Shares in mining companies were down as the price of commodities fell, with investors appearing to lower their expectations for global economic growth. Glencore fell 4 percent while Rio Tinto was off 3 percent. Oil companies were also under pressure as the benchmark U.S. crude fell 60 cents to $66.44 in New York. Brent crude, used to price international oils gave up 49 cents to $71.97 per barrel in London.

There is also no sign that Turkey's president will let the central bank raise interest rates, which economists say it should do urgently to support the currency.

ISE National 100 index slumped 2.8 after a gain of 0.8 percent Tuesday. Indexes in other emerging markets including Brazil and Russia also skidded.