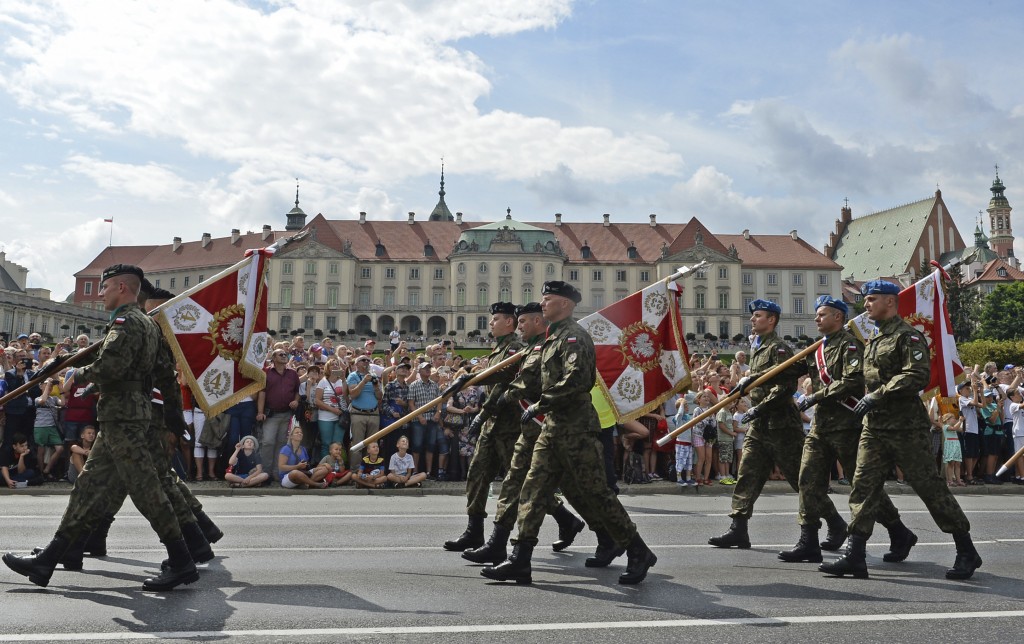 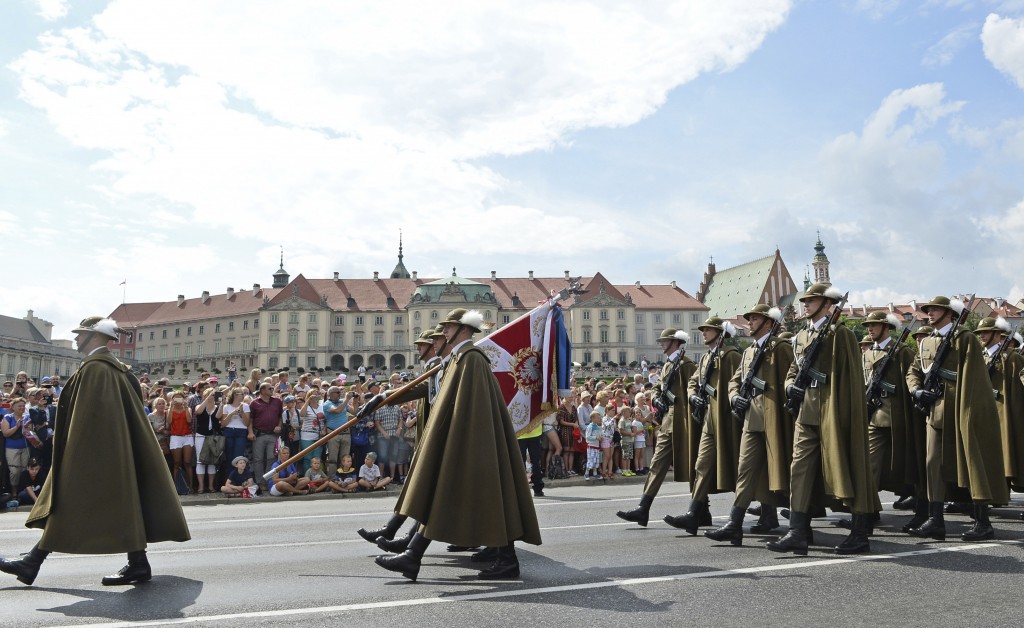 WARSAW, Poland (AP) — Poland's president voiced hope for a permanent U.S. military presence in his country as the Eastern European nation put on a large military parade on its Army Day holiday replete with an air show and people marching in Napoleonic-era uniforms.

Poland is fearful of Russia's renewed aggression in Eastern Europe, and President Andrzej Duda said during Wednesday's celebrations that a permanent presence by the U.S. Army would "scare away every potential attacker."

The U.S. military, on its own and as part of a NATO effort, rotates troops in and out of Poland and other nervous countries on NATO's eastern flank.

Duda said if the economy allows, he wants Poland to increase defense spending to 2.5 percent of GDP, above the current 2 percent NATO target, which Poland already meets.