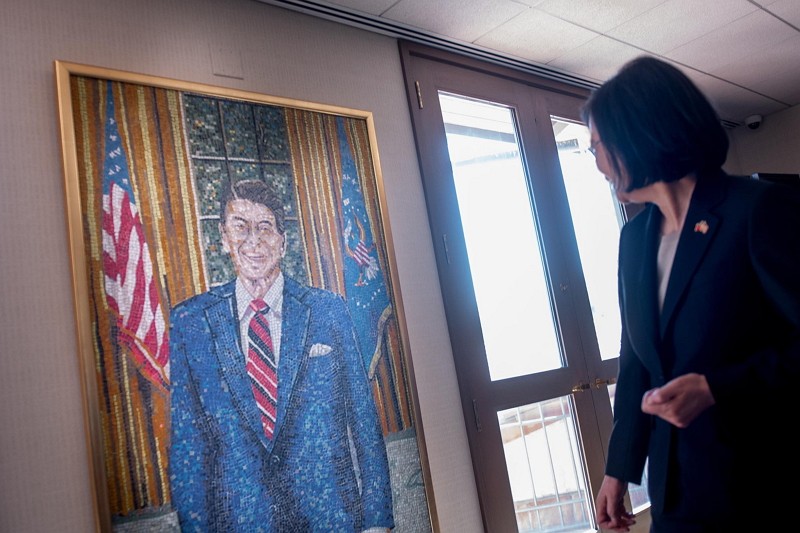 Tsai is on a trip to two of Taiwan’s official diplomatic allies, Paraguay in South America and Belize in Central America, with stopovers in the United States.

During a visit to the library in Simi Valley on August 13, Tsai quoted the late U.S. president, saying “anything can be negotiated except that our freedom and our future cannot be compromised.”

However, the following day in Taiwan, Society for Strategic Studies researcher Chang Ching (張競) disputed the appropriateness of using the quote, saying circumstances in U.S.-Soviet relations at the time could not be compared to the current situation of relations between Taiwan and China.

Chang also slammed Tsai and her aides for not being fast enough in providing background explanations and translations, Up Media reported.

On Tuesday, the Presidential Office however, struck back and defended Tsai’s use of the Reagan quote. It also published the original version, from a speech made by the U.S. president after he returned from Iceland for disarmament talks with Soviet leader Michael Gorbachev: “There was no way I could tell our people their government would not protect them against nuclear destruction. … I went to Reykjavik determined that everything was negotiable except two things: our freedom and our future.”