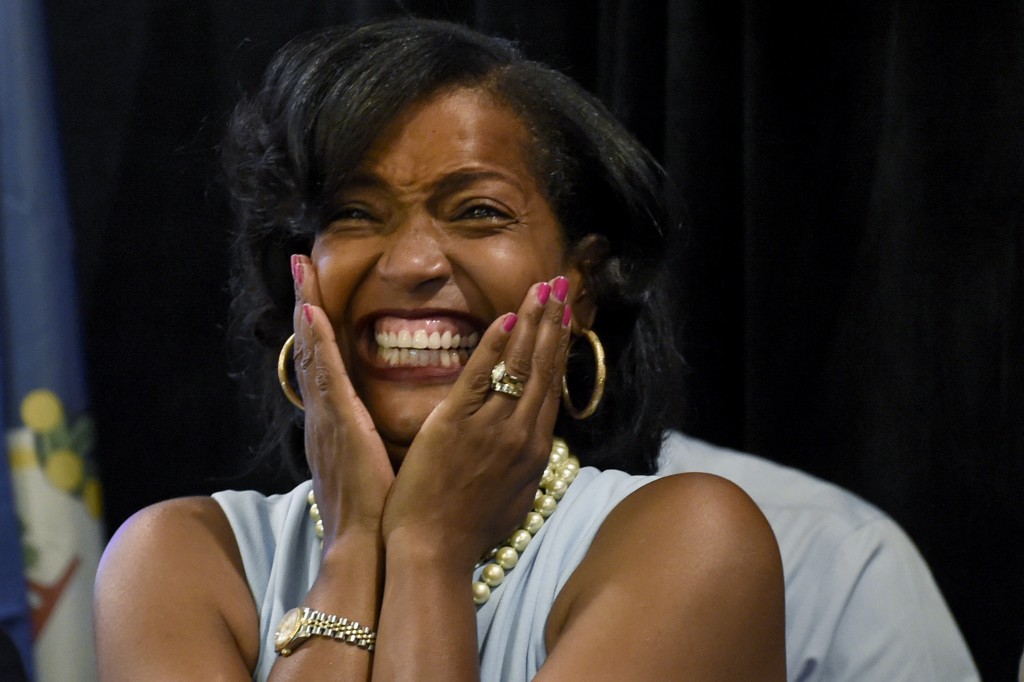 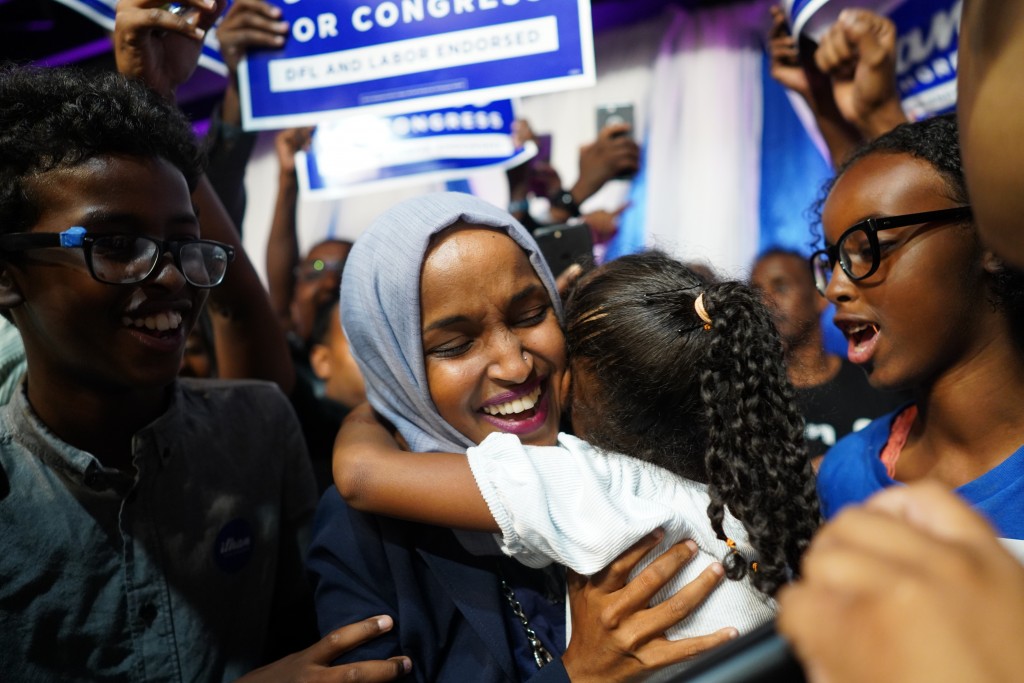 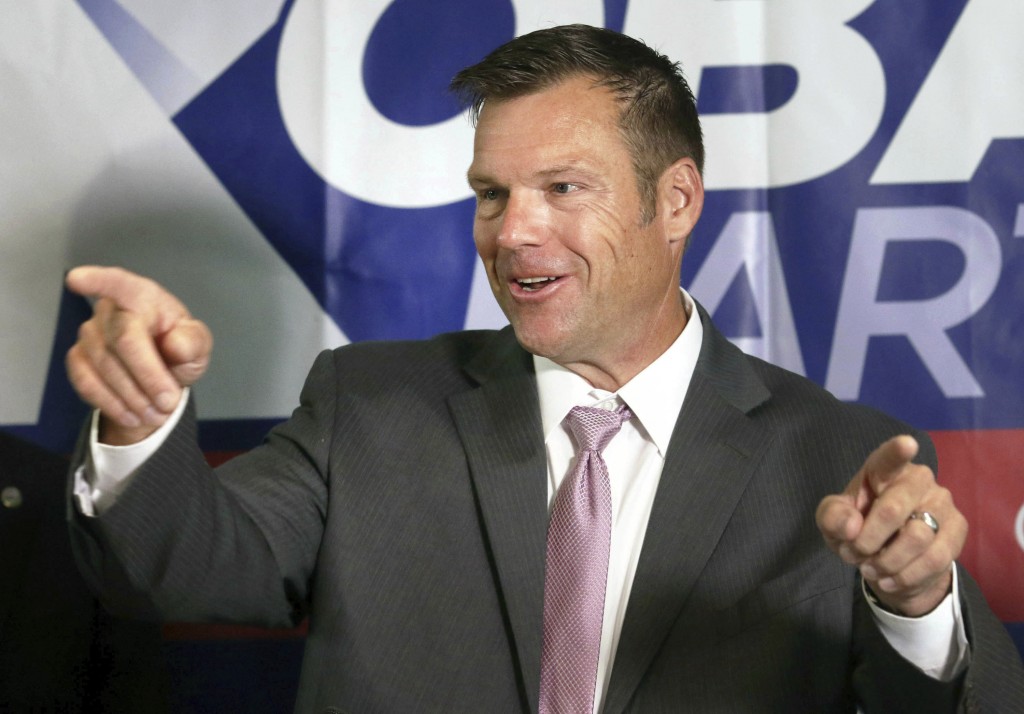 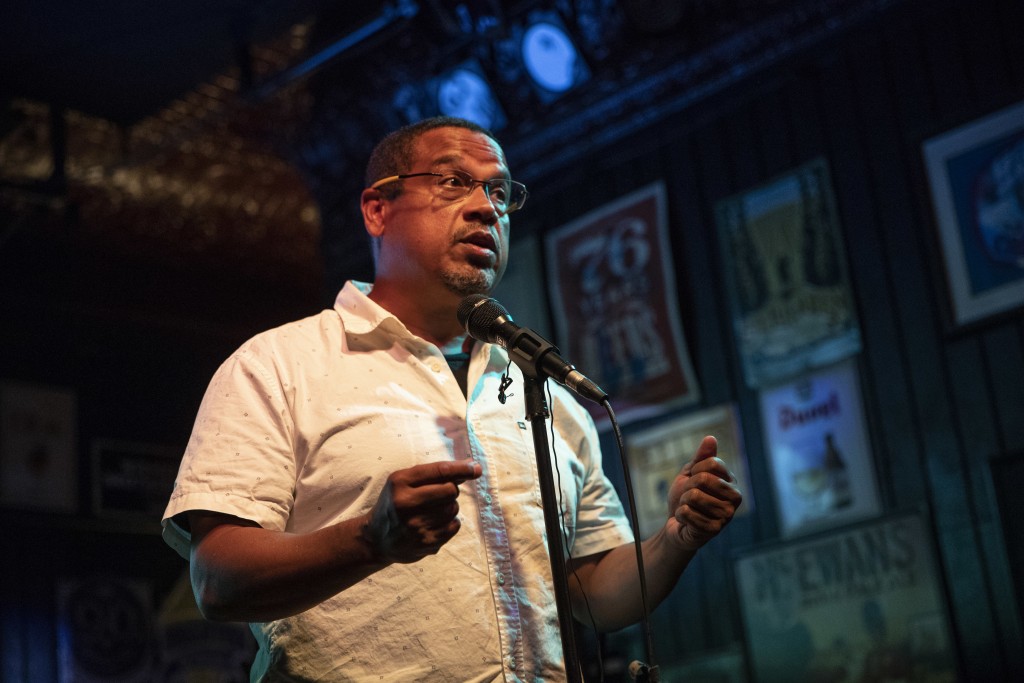 WASHINGTON (AP) — It was a night of firsts: The first openly transgender gubernatorial nominee. The first Somali-American major party nominee. The potential of the first black woman representing Connecticut in Congress.

It was also a night of victories for President Donald Trump. A week after a vote approaching a dead heat, a close ally ousted a sitting GOP governor in Kansas. In Tuesday's Wisconsin and Minnesota primaries, Republican candidates battled to be the strongest supporter of the president, proving — yet again — Trump's dominance in the Republican Party.

Here are takeaways from another round of voting ahead of the fall midterm elections:

THE RAINBOW WAVE MARCHES ON

Her candidacy highlights the surge of lesbian, gay, bisexual and transgender candidates running for office this year. The majority are Democrats and, like Hallquist, and running on far broader, anti-Trump platforms than gay and civil rights. She faces a tough general election race: Republican incumbent Phil Scott is more popular with Democrats than members of his own party in the solidly liberal state.

Diverse Democratic candidates also notched wins across the country. In Connecticut, Democratic teacher Jahana Hayes' primary win paved the way for her to be the first black woman from the state to serve in Congress if she wins the general election in November. And in Minnesota, state Rep. Ilhan Omar won outgoing Rep. Keith Ellison's seat, putting her on track to become the first Somali-American and one of the first Muslim women in Congress.

The concession marked a win not only for Kobach but also for Trump, whose support helped push Kobach over the finish line in the neck-and-neck race. Kobach is a staunch anti-immigration conservative and ally of Trump, who picked him as vice chairman of the Trump administration's now disbanded election-fraud commission.

It wasn't an overwhelming victory — Kobach won by 110 votes. But the result was the latest illustration of Trump's power over the GOP: A sitting president helped oust a sitting governor from his own party.

Kobach now heads to an unpredictable three-way general election against Democrat Laura Kelly and independent candidate Greg Orman, who's expected to qualify for the ballot.

Former Minnesota Gov. Tim Pawlenty lost his party's nomination for the office he previously held for two terms. His primary race against Hennepin County Commissioner Jeff Johnson became a contest over who insulted Trump the least. Pawlenty, who once called Trump "unhinged and unfit," said he now supports the president and would welcome his endorsement.

Voters didn't buy it. Like many elected Republican officials, the former financial services lobbyist was trying to prove he belongs in a party that's changed drastically since his failed presidential bid ended in 2011. Trump lost Minnesota narrowly in 2016 and some Republicans think the state is within their reach in 2020.

But Trump's approval rating remains below 40 percent in the state. While cozying up to the president helped Johnson in the primary, it may hurt him with the broader electorate in the fall.

Ellison won the Democratic nomination to be Minnesota's attorney general, despite accusations of domestic abuse from a former girlfriend. Ellison forcefully denied the charges, which surfaced three nights before the primary in a Facebook post published by the son of an ex-girlfriend, Karen Monahan.

Democrats have remained largely silent about the allegations. But that's likely to get more difficult as Ellison enters the general election. The deputy chairman of the Democratic National Committee and one of the most liberal members of Congress, Ellison is a celebrated figure among the left wing of the party. Last month, Vermont independent Sen. Bernie Sanders traveled to Minnesota to campaign for Ellison.

With Ellison now on the ticket, pressure will grow for Sanders and Democrats to address the charges or risk GOP attacks to the party's image — particularly with the female voters who are considered key to their electoral success.

Ellison may also find himself out of step with the #metoo wave that's crested over Minnesota. Tuesday's results ensure that Democratic Sen. Al Franken, who resigned amid allegations of sexual harassment and misconduct, will be replaced by a woman — either incumbent Democratic Sen. Tina Smith or Republican state Sen. Karin Housley.

THE BATTLE FOR RYAN'S SEAT

But Bryce's history of nine arrests, including for drunken driving, and being delinquent on child support to his ex-wife, could complicate his path to the seat. He'll face Bryan Steil, a former Ryan aide and corporate lawyer from a prominent family.

The race will be closely watched by both parties.