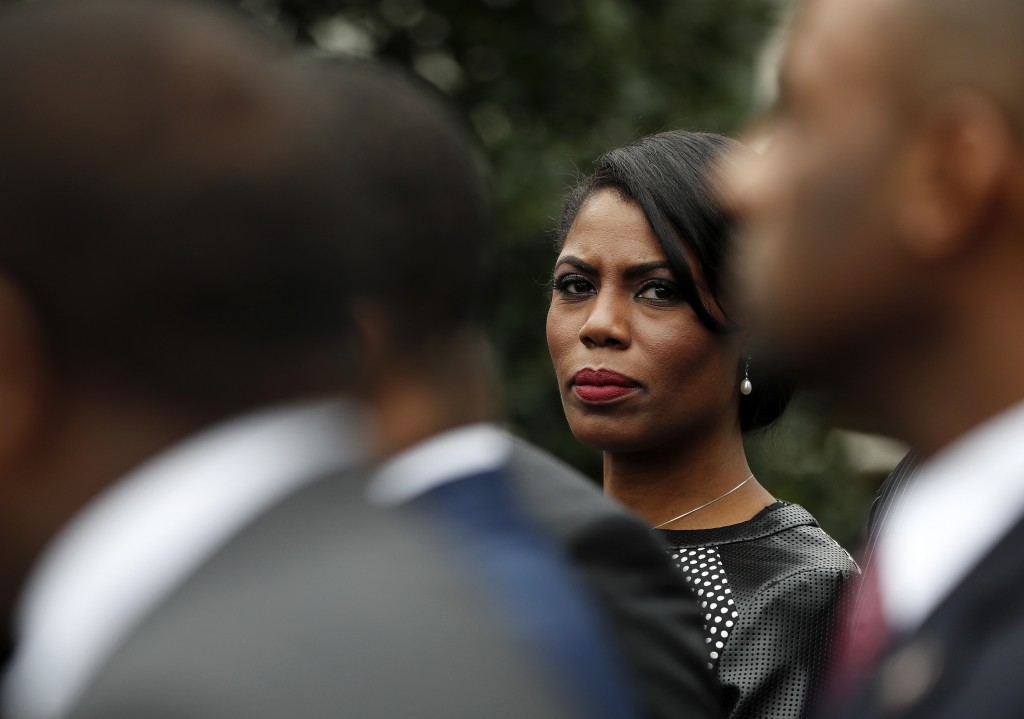 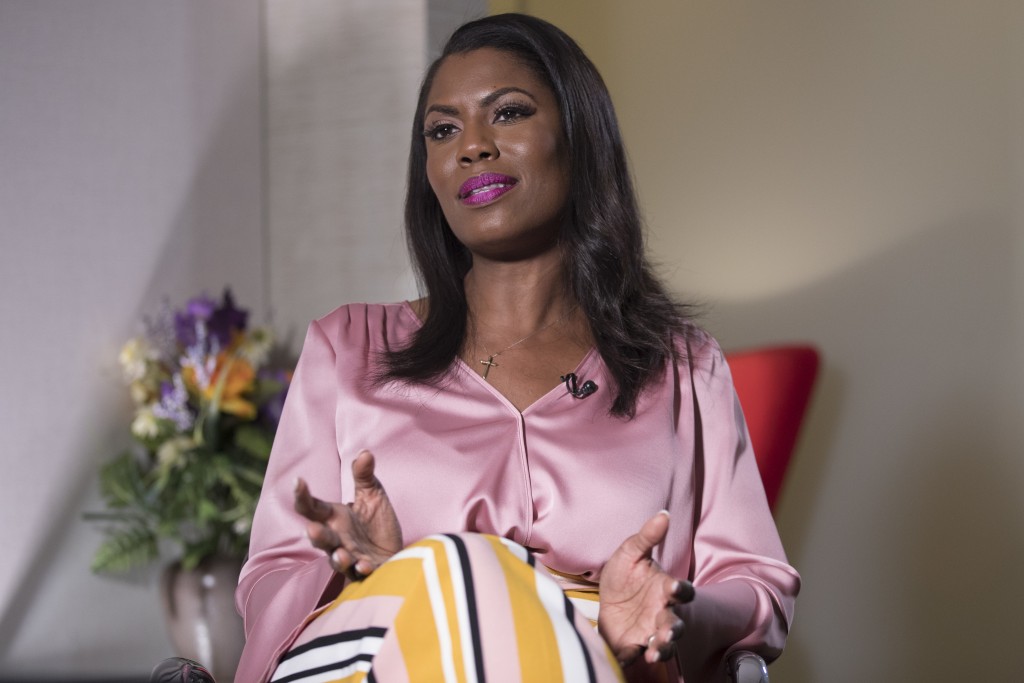 WASHINGTON (AP) — Keep your friends close and your enemies closer. And, perhaps, your potential leakers closer yet.

President Donald Trump's political operation has made a regular practice of providing soft landing-pads for discarded staffers, offering nebulous jobs at big salaries to aides who have been pushed out of his West Wing.

The revelation this week that former White House assistant Omarosa Manigault Newman was offered a high-paying job on Trump's re-election campaign in return for signing a non-disclosure agreement was the clearest demonstration yet of how a slot in the Trump orbit is being used to take care of loyalists — and protect against potential liabilities.

Manigault Newman, who contends in her new book that she was offered a hush-money contract with the Trump campaign paying $15,000 a month, is hardly the first erstwhile staffer to find a lucrative off-ramp in the expanse of pro-Trump political organizations. The former staff members have found a wide range of rehabilitation within Trump's orbit: his re-election campaign, the Republican National Committee, and outside groups that support both him and Vice President Mike Pence.

Keith Schiller, the president's former bodyguard who served for eight months as director of Oval Office operations, has been paid the same $15,000 a month by the Republican National Committee as a security consultant for its national convention — in 2020 in Charlotte. John McEntee, Trump's former personal aide, is paid $14,000 a month by the Trump re-election campaign. One-time Trump campaign manager Corey Lewandowski joined Pence's Great America PAC in May, and former press secretary Sean Spicer was announced in June to replace him as the "senior advisor and spokesman" for pro-Trump super PAC America First Action.

Manigault Newman told MSNBC's "Hardball" on Monday: "They told me I could work from home, I didn't have to come in if I didn't want to. ... I could choose between the RNC, America First or the Trump campaign." She says she said no.

Now she has released a book filled with unsavory White House inside stories — Trump says the ones about him are false — and has been playing recordings of the president and others on TV. That's exactly what he wanted to avoid, and his presidential campaign filed an arbitration action against her Tuesday, alleging she had breached a confidentiality agreement she had signed.

The outside groups have also become magnets for Trump backers who were not brought into the administration, like Katrina Pierson and Trump daughter-in-law Lara Trump.

The all-in the-family approach to taking care of stalwarts is nothing new. But the systematic approach with which Trump White House veterans have been offered plush gigs is. According to aides, it reflects a reality that for some the lucrative private sector jobs that are typically available to exiting White House officials never materialized, while for others, it serves as a way keep them nearby and quiet.

Some current and former staffers have struggled to find post-White House jobs — given the conflicted feelings on the Trump administration in Washington — making the campaign or a super PAC an attractive paycheck.

And Trump, despite his reality-television catch-phrase, is loath to fire anyone from his inner circle, preferring to keep receiving their public and private adoration.

"When Gen. Kelly came on board he told me she was a loser & nothing but problems," Trump tweeted about Manigault Newman on Monday. "I told him to try working it out, if possible, because she only said GREAT things about me - until she got fired!"

But the president's venom has grown as she releases recordings she had surreptitiously made of staff and him, undermining West Wing morale and infuriating Trump, who used incendiary language on Twitter Tuesday, writing "When you give a crazed, crying lowlife a break, and give her a job at the White House, I guess it just didn't work out. Good work by General Kelly for quickly firing that dog"

The vitriol Trump unleashed, even exceeding his scorn after it was revealed that adviser Steve Bannon was the source of unflattering comments about the president's family in a book earlier this year, stands in stark contrast to the president's promise that he'd "surround myself only with the best and most serious people."

Instead, he hired a staff beset by infighting, a Cabinet besieged by ethical questions and a team of aides working under the shadow of the special counsel's Trump-Russia probe. No administration has experienced such a high rate of senior-staff exits, and for the Trump White House it follows the struggles it had filling the building more 18 months ago. Trump himself fostered a culture in which internal squabbles took priority over the shared agenda — in large part, aides say, because he enjoyed the ensuing drama.

Now he's trying to keep some of it under wraps.

The payments to former officials and aides, though likely legal according to experts, raise questions about the blurring lines inside Trump's world and reflect a fondness for secrecy under the threat of his litigation that was part of his profile as both real estate developer and reality TV star.

Trump's 2016 campaign and his re-election operation have both made a practice of requiring staffers to sign expansive non-disclosure agreements that include non-disparagement clauses protecting the president, his family and his businesses. That's the agreement his campaign said Tuesday, in its filing with the American Arbitration Association, that she violated.

Frustrated by leaks, Trump was insistent that White House aides also be bound by a similar arrangement. White House Counsel Don McGahn ultimately drafted a short agreement to be signed by senior administration officials to mollify Trump, but it was not universally mandated, and aides were told it was likely unenforceable for government employees.

Seven current and former White House aides offered differing stories about the White House agreement, indicative of the inconsistent standard with which it was applied.

"We have confidentiality agreements in the West Wing, absolutely we do," Trump counsellor Kellyanne Conway told ABC's "This Week" Sunday. "And — and why wouldn't we?"