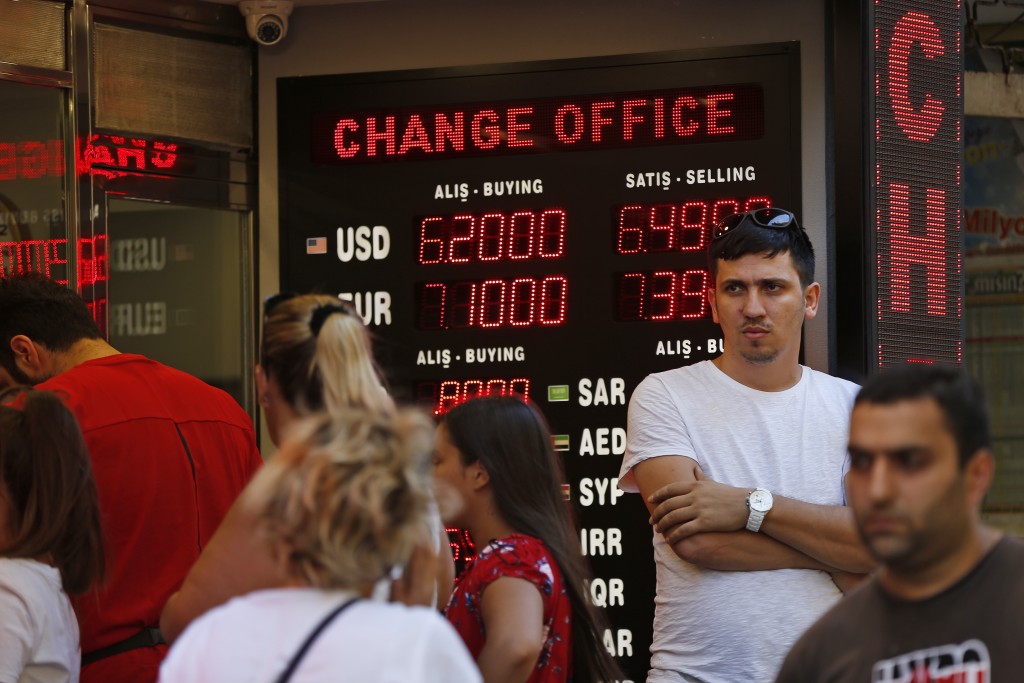 ANKARA, Turkey (AP) — Turkey is increasing tariffs on imports of series of U.S. products, escalating a feud with the United States that has helped trigger a currency crisis.

Turkey said Wednesday it was imposing extra tariffs on imports of products, including rice, vehicles, alcohol, coal and cosmetics. The decision was announced on the Official Gazette.

Turkey's Vice President Fuat Oktay said on Twitter that the tariffs on certain products were increased "within the framework of the principle of reciprocity in retaliation for the conscious economic attacks by the United States."