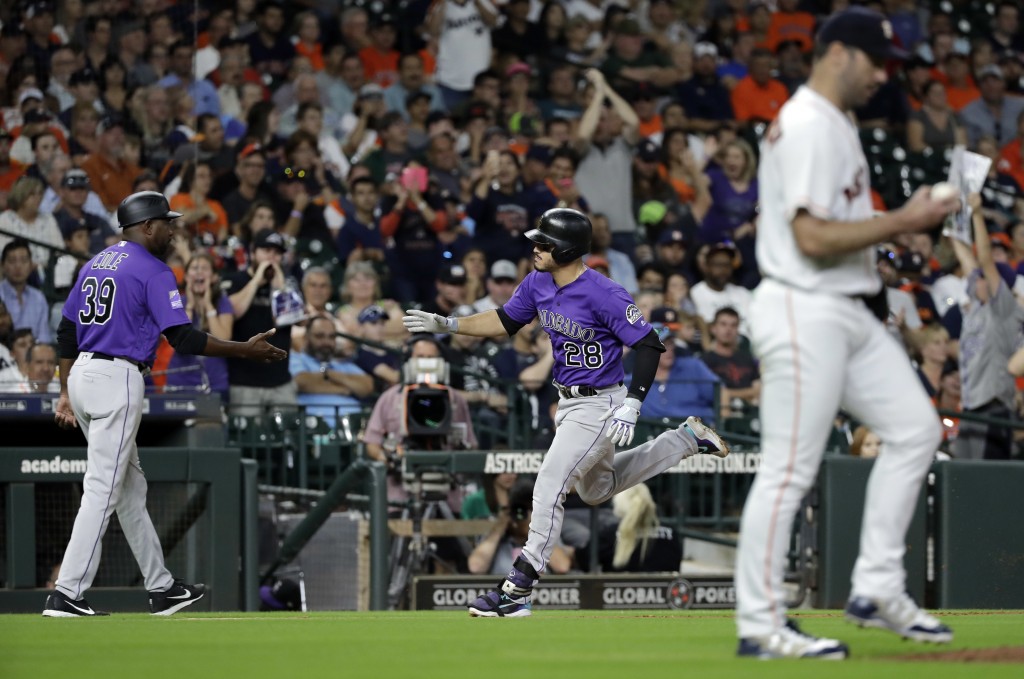 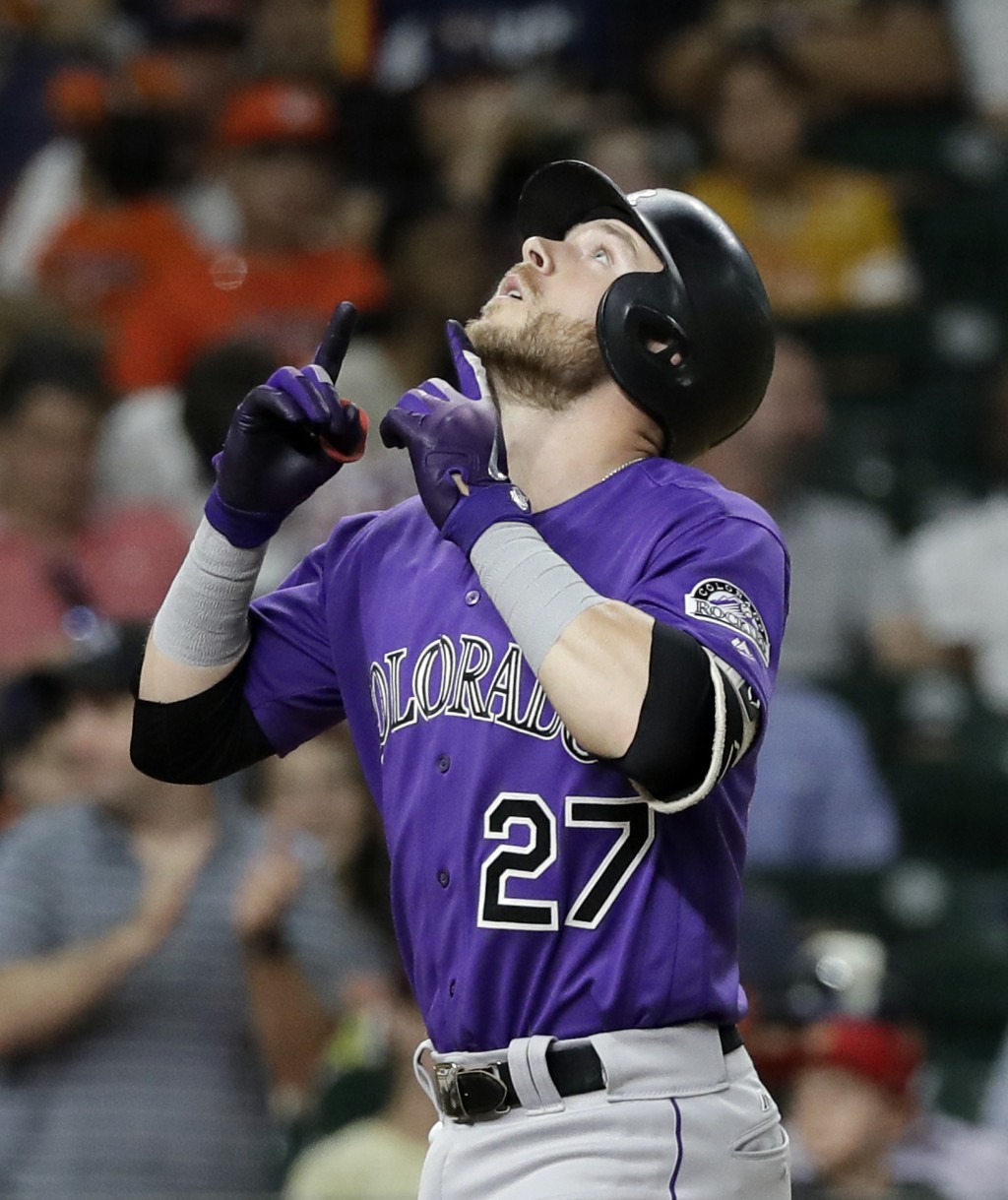 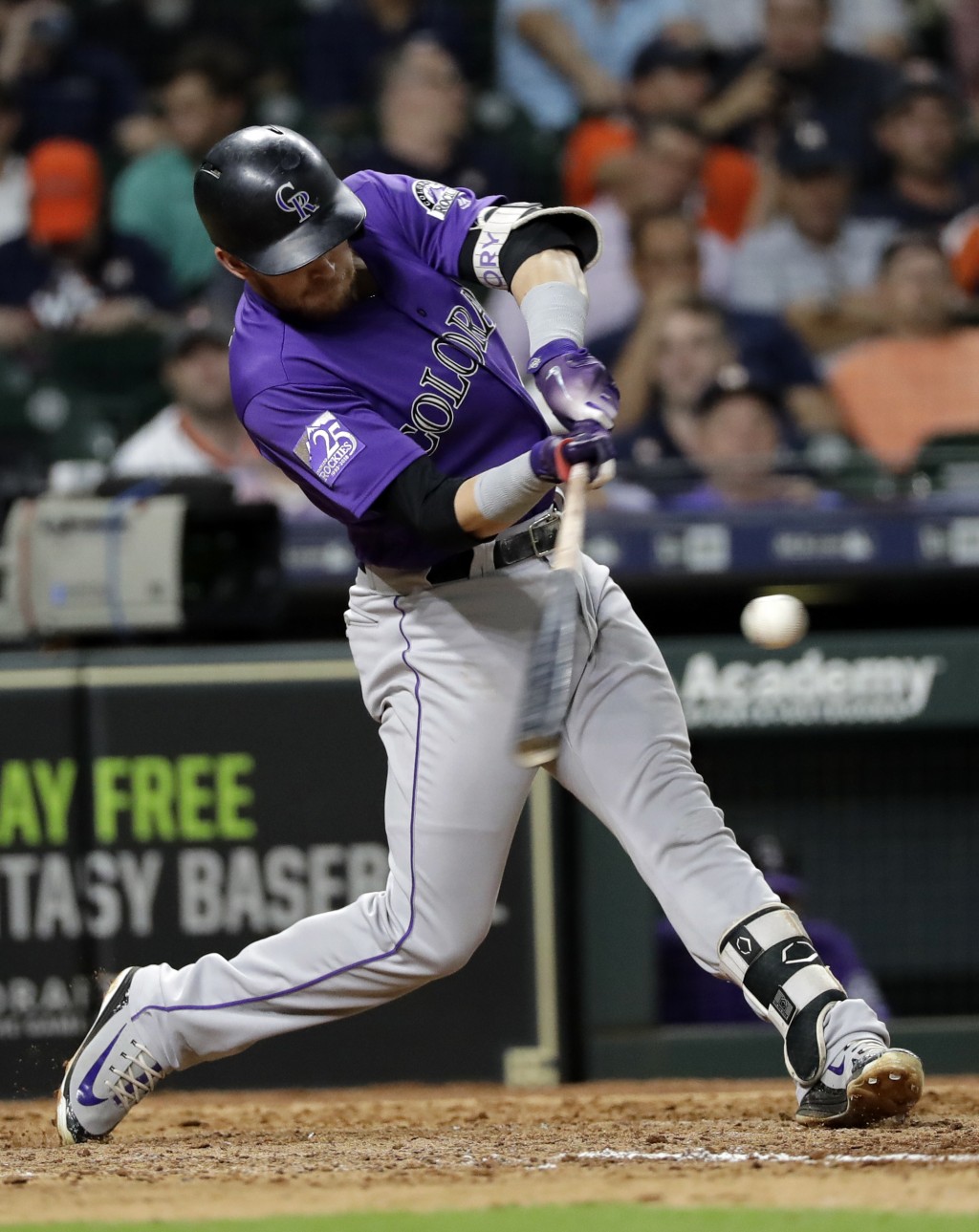 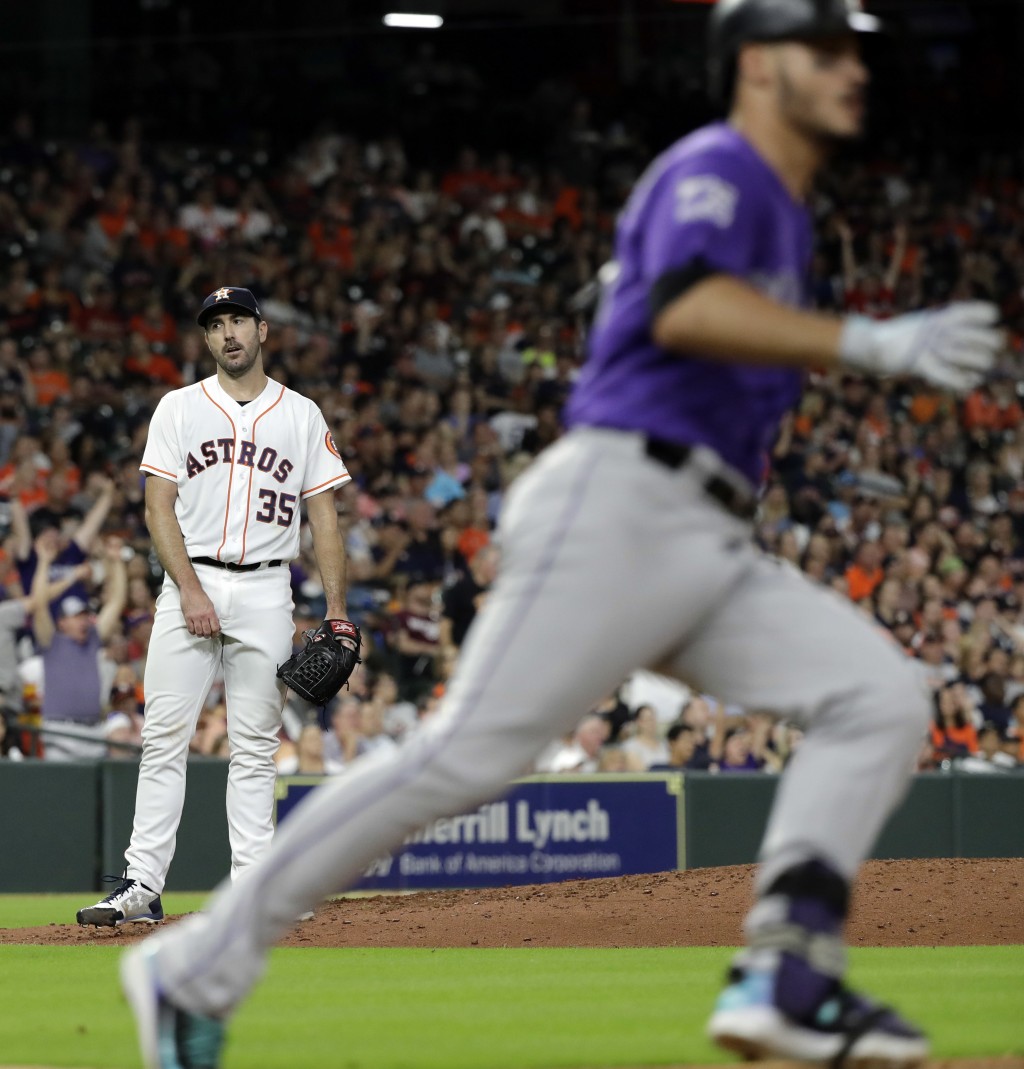 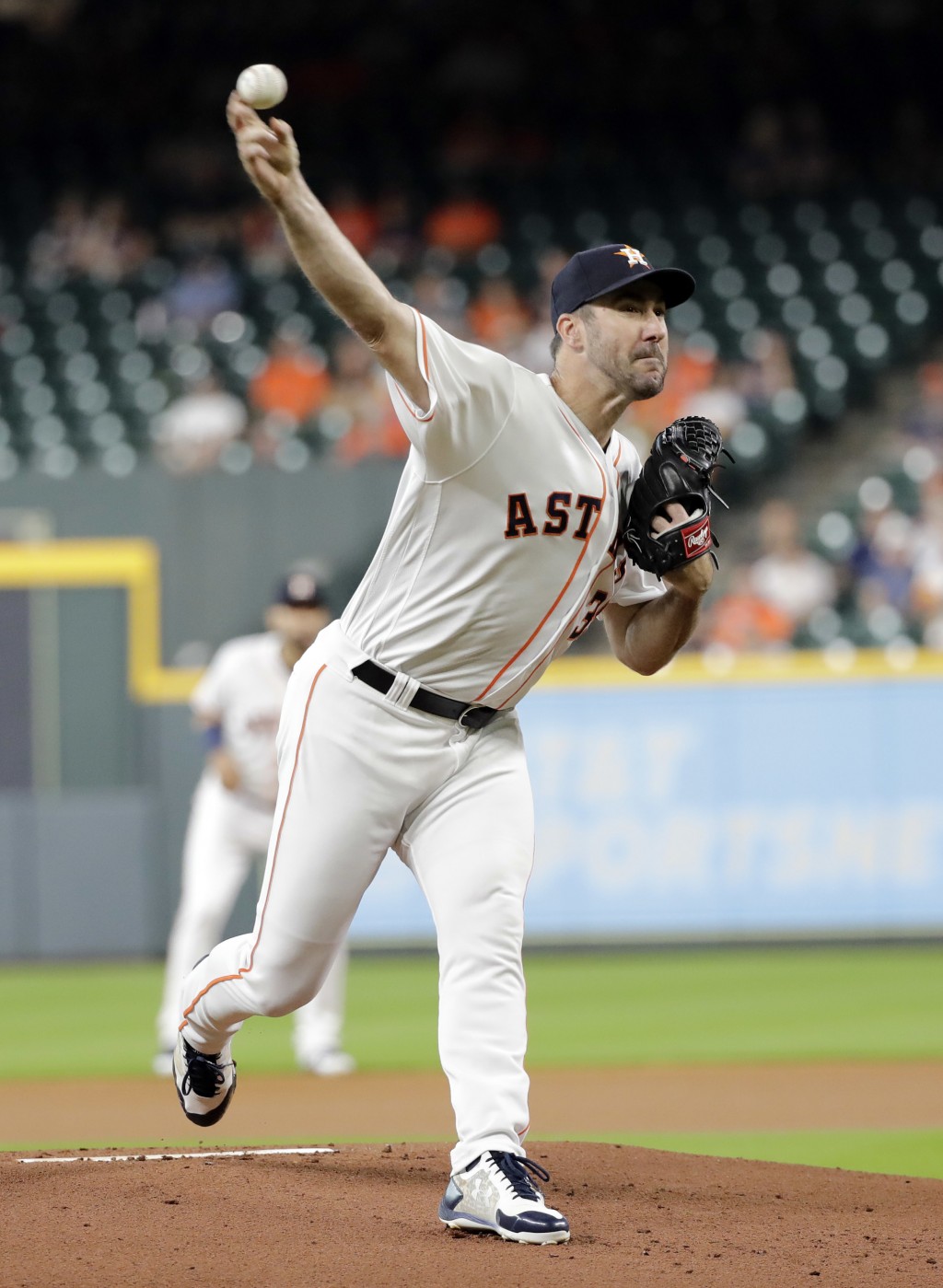 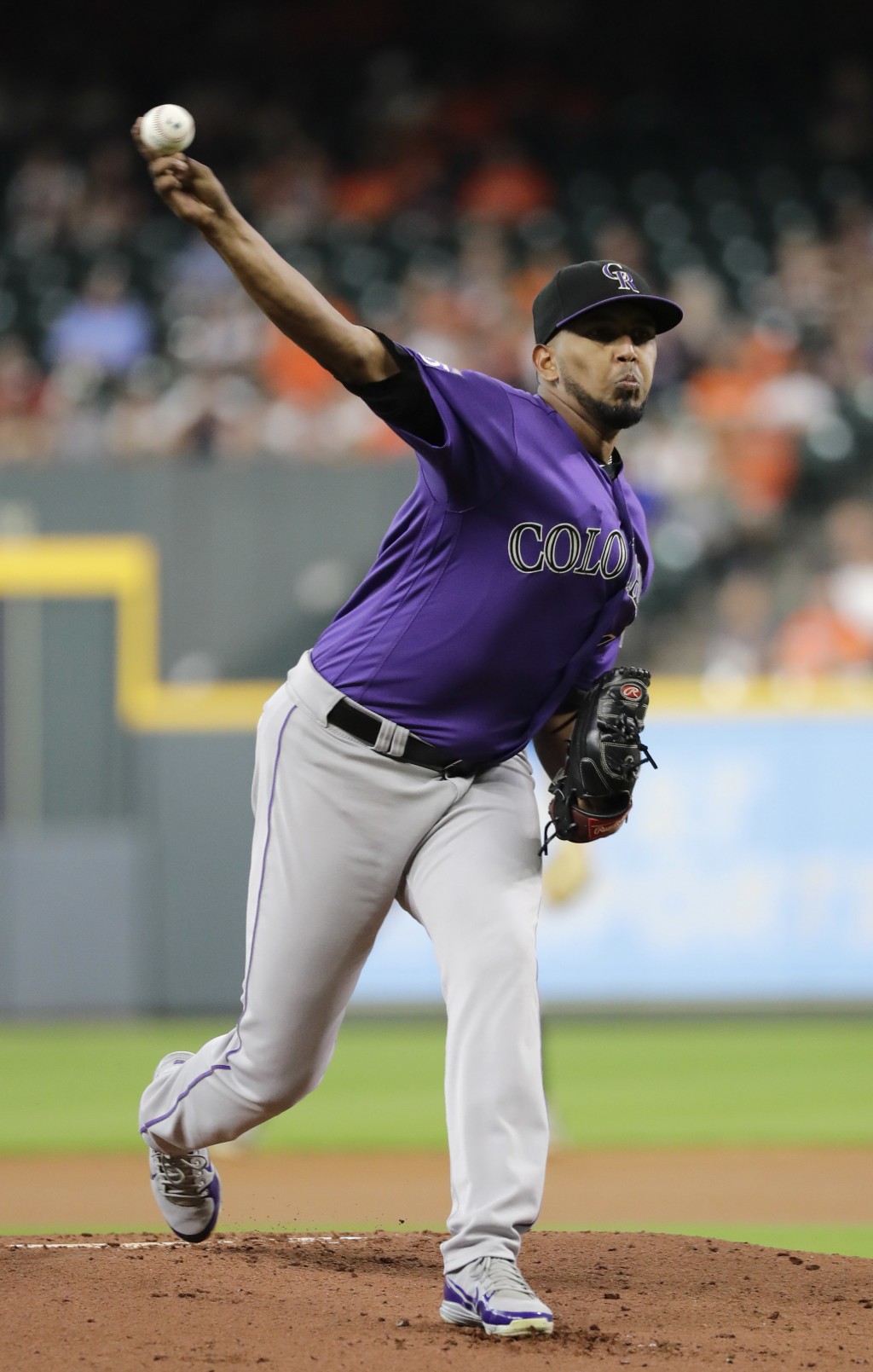 Houston has matched a season high with five straight losses and extended its home skid to nine games, its longest of the season.

The Rockies have won four in a row after losing the previous three and improved to 12-5 against the AL this season to set a franchise record for interleague victories.

Colorado trailed by 1 and Verlander (11-8) had retired 13 of 14 when DJ LeMahieu singled with two outs in the sixth inning. Arenado then smacked a 96-mph fastball into the third row in right field for his 30th homer to put Colorado up 2-1.

Collin McHugh took over from Verlander for the seventh and hit Ryan McMahon with a pitch. Tony Wolters lined a double to right field with one out to score McMahon and push the lead to 3-1.

Story, who had two hits, made it 4-1 when he connected off Brad Peacock on his 25th home run with two outs in the eighth inning.

Ian Desmond tripled and scored on a single by Charlie Blackmon to extend the lead in the ninth.

Verlander was denied his 200th win again as he dropped his second straight despite striking out 11 in six innings, allowing six hits and two runs.

After being swept in a four-game series against the Mariners this weekend, Houston's woes continued against the Rockies after a day off Monday. The top three batters in the order went 0 for 11 on a night the Astros managed just three hits as they look for a way to jumpstart their once-powerful offense with reigning AL MVP Jose Altuve out indefinitely with a sore knee.

Marquez walked two Astros and plunked Yuli Gurriel in the first four innings, but Houston didn't get a hit until Gurriel tripled on a ball to right-center field to start the fifth. Josh Reddick followed with a liner to right to put the Astros up 1-0.

The Astros had a chance to add on in the eighth when Marwin Gonzalez doubled with no outs. Reddick reached on catcher's interference with one out, but Marquez retired the next two batters to end the threat and his night.

Astros: OF George Springer (sprained left thumb) went through a full workout Tuesday and should be able to come of the disabled list when he's eligible on Friday. ... Altuve, who has been out since July 25, has been running on the treadmill and is expected to begin hitting soon. Manager A.J. Hinch said there still isn't a timetable for his return. ... RHP Lance McCullers (right elbow discomfort) began playing catch Tuesday in the first step toward his return. ... C Brian McCann, who has been out since June 30 with a knee injury which required surgery, will begin an extended rehabilitation assignment with Triple-A Fresno on Thursday.

Houston's Gerrit Cole (10-5, 2.75 ERA) opposes Colorado left-hander Tyler Anderson (6-4, 3.94) when this series wraps Wednesday night. Cole looks to bounce back after losing his third straight start by giving up six hits and four runs in 7 1/3 innings of a 5-2 loss to Seattle on Friday.