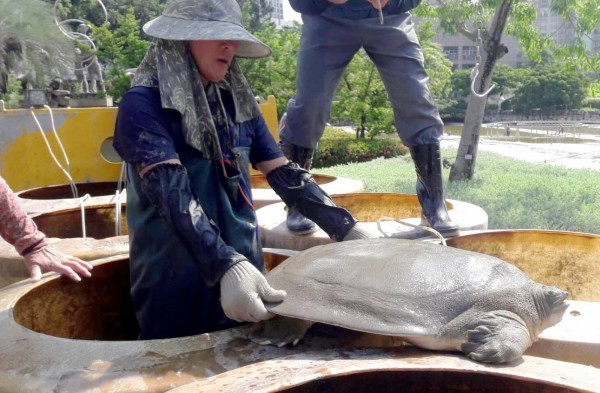 TAIPEI (Taiwan News) — Park workers were shocked to find an Asian giant softshell turtle during a routine cleaning of a pond in Taichung's Fongle Sculpture Park.

This species of giant turtle is believed to be one of world's largest freshwater turtles and unfortunately endangered. The Taichung turtle was safely transported to an animal protection center in Yunlin, reported LTN.

Staff began to drain the pond at the end of July. Once 60 centimeters (24 inches) of water had been removed, specialists entered the remaining water to assess the ecosystem's health and help relocate lingering wildlife.

One worker found what they thought to be a massive sea turtle, over 35 inches long and weighing over 82 pounds. The Taichung Construction Bureau was alerted to confirm the identity of the reptile, which turned out to be the Asian giant softshell turtle.

The turtle will stay in a Yunlin protective facility until it is transferred to a learning center, zoo, or natural habitat, however it will not return to the pond when it is refilled in Sept., according to the Bureau Chief, Huang Yu-lin (黃玉霖). Since the giant turtle is carnivorous, and some of the park's ducks have gone missing, officials feel he should be removed.

Ultimately how the turtle found its way into the pond remains a mystery. 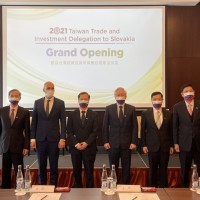