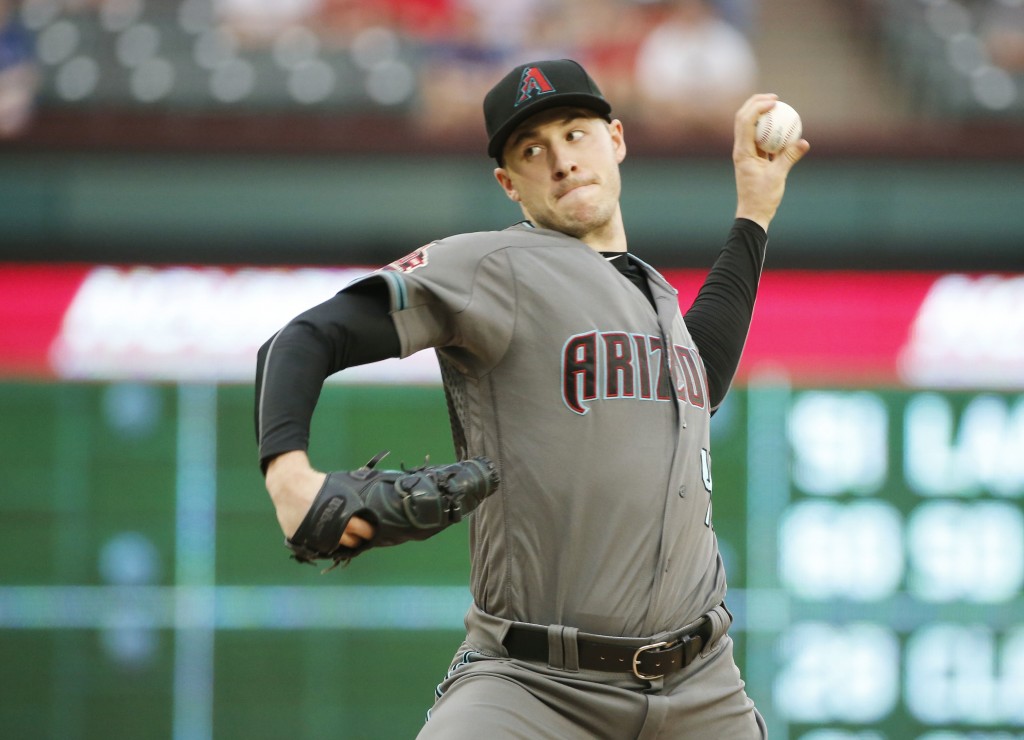 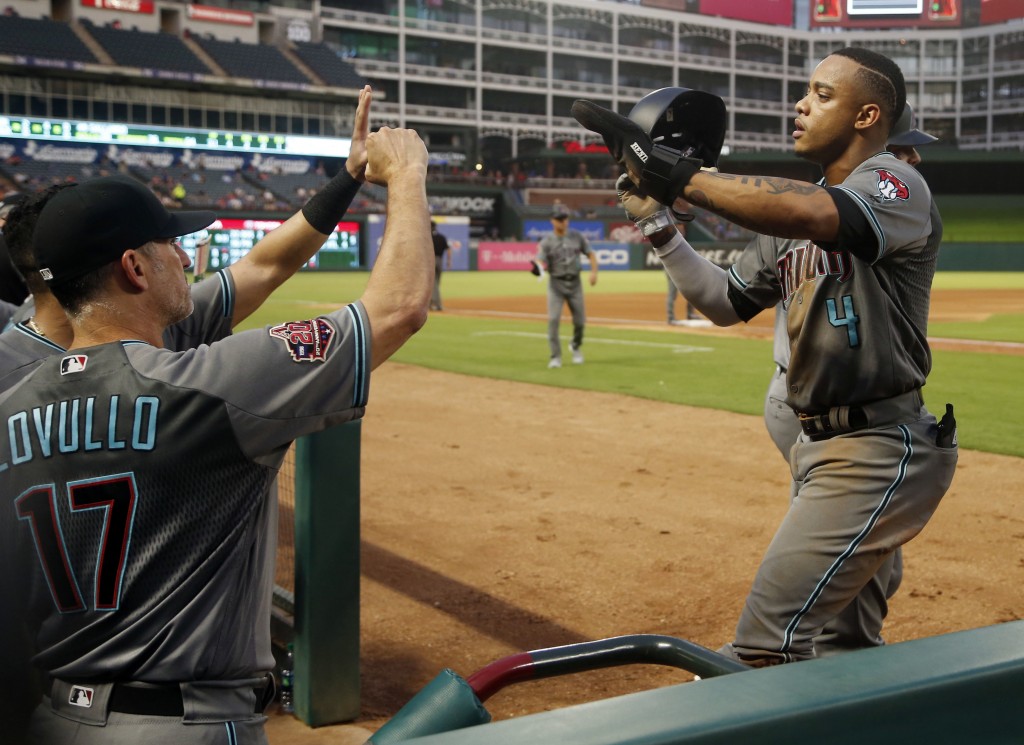 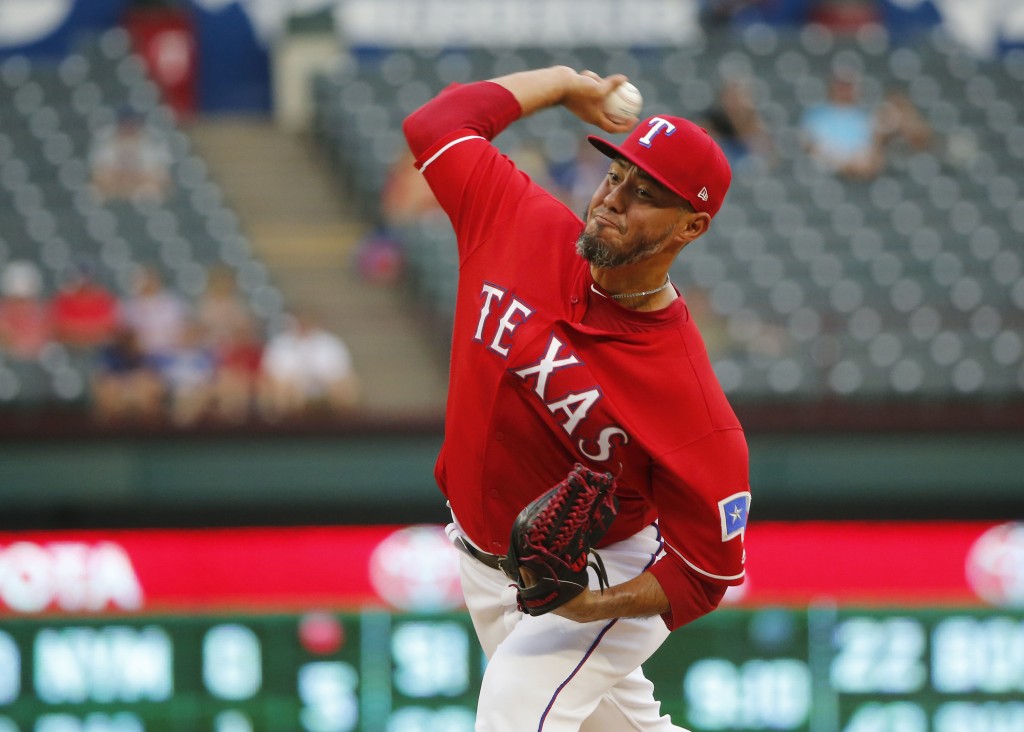 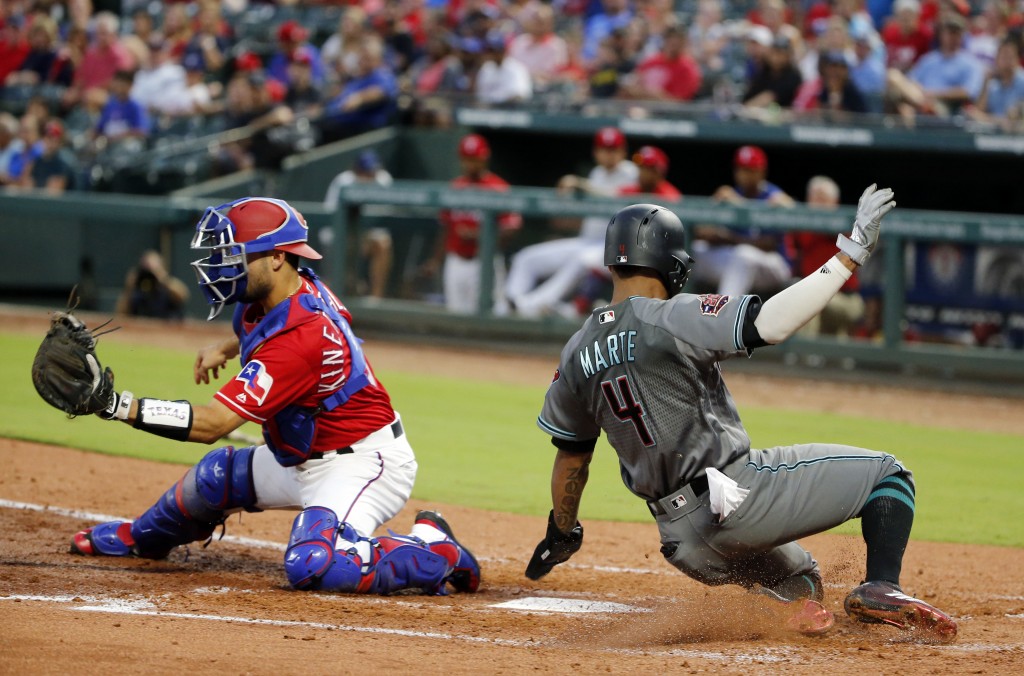 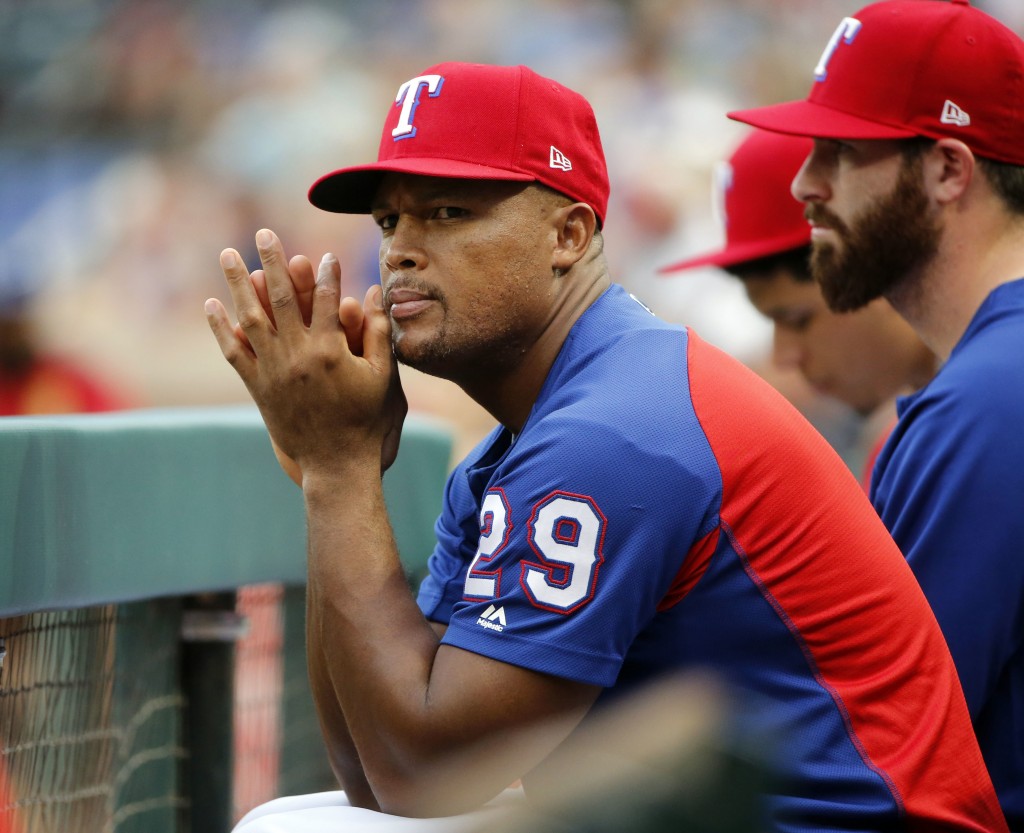 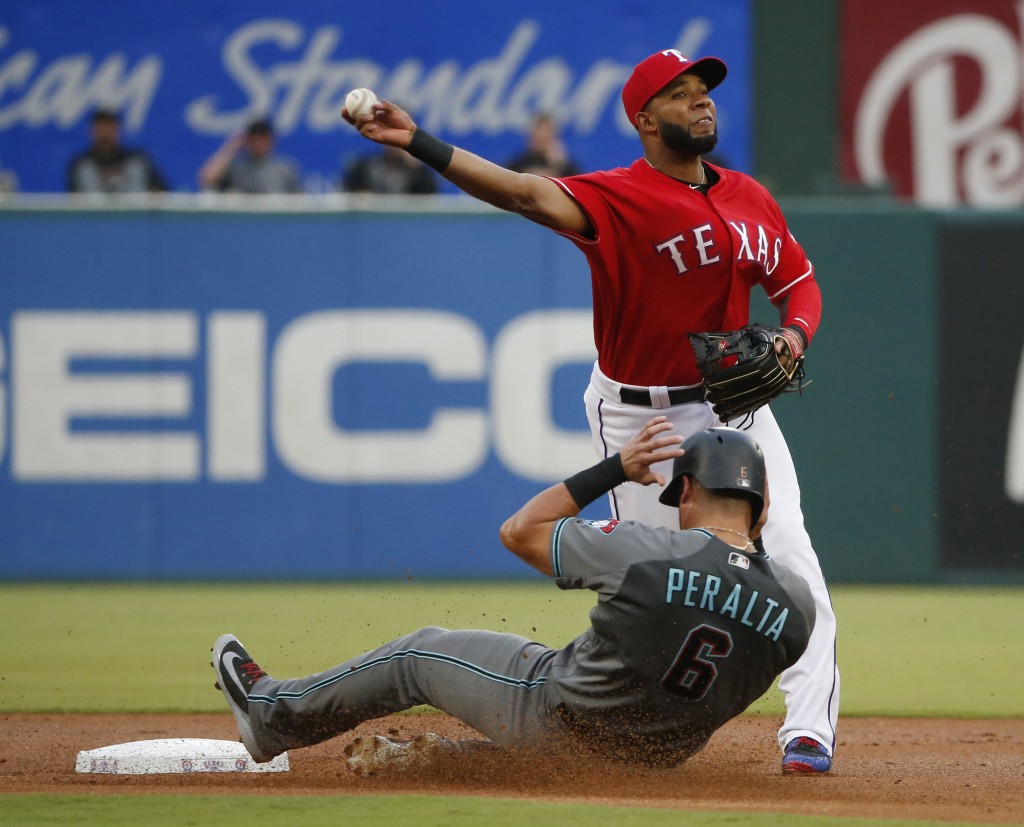 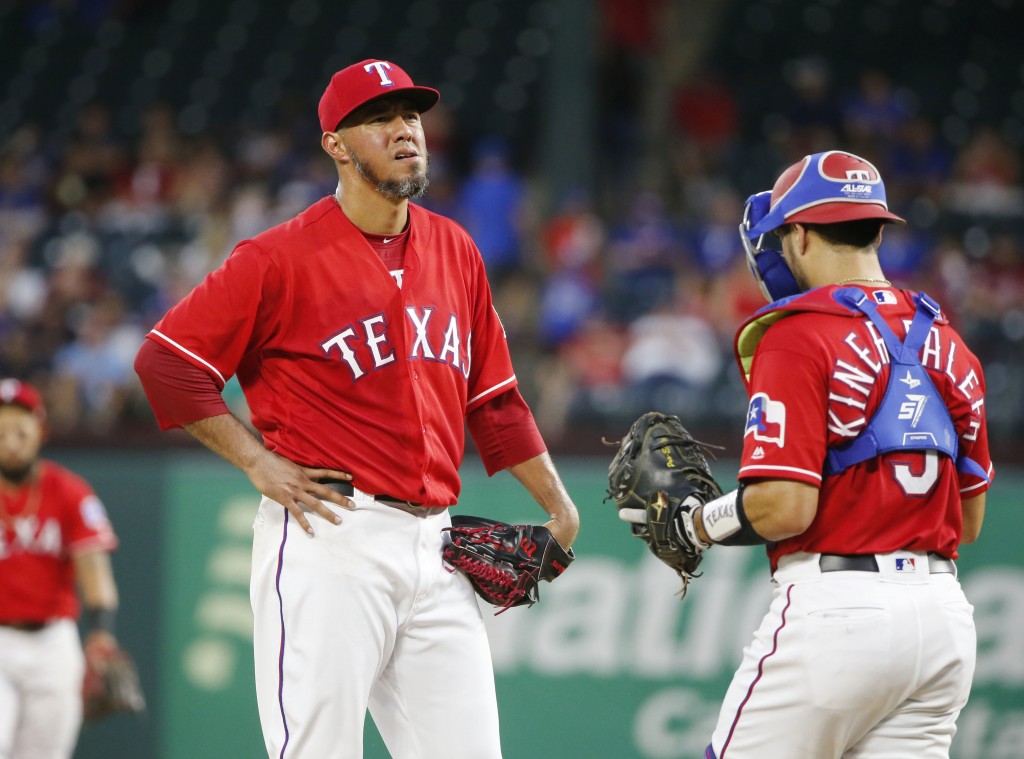 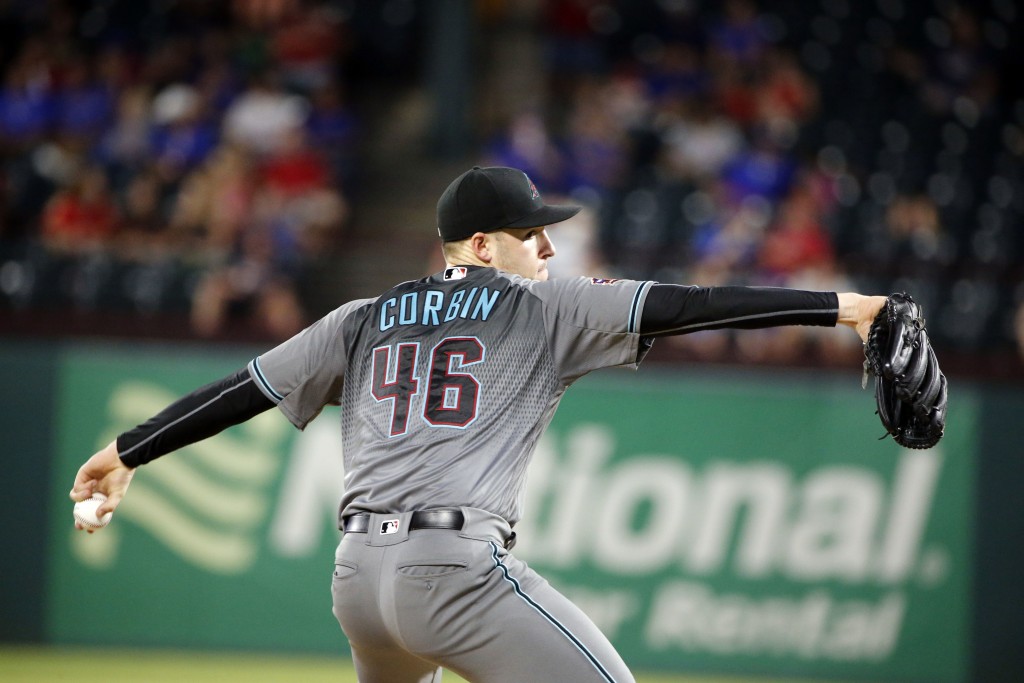 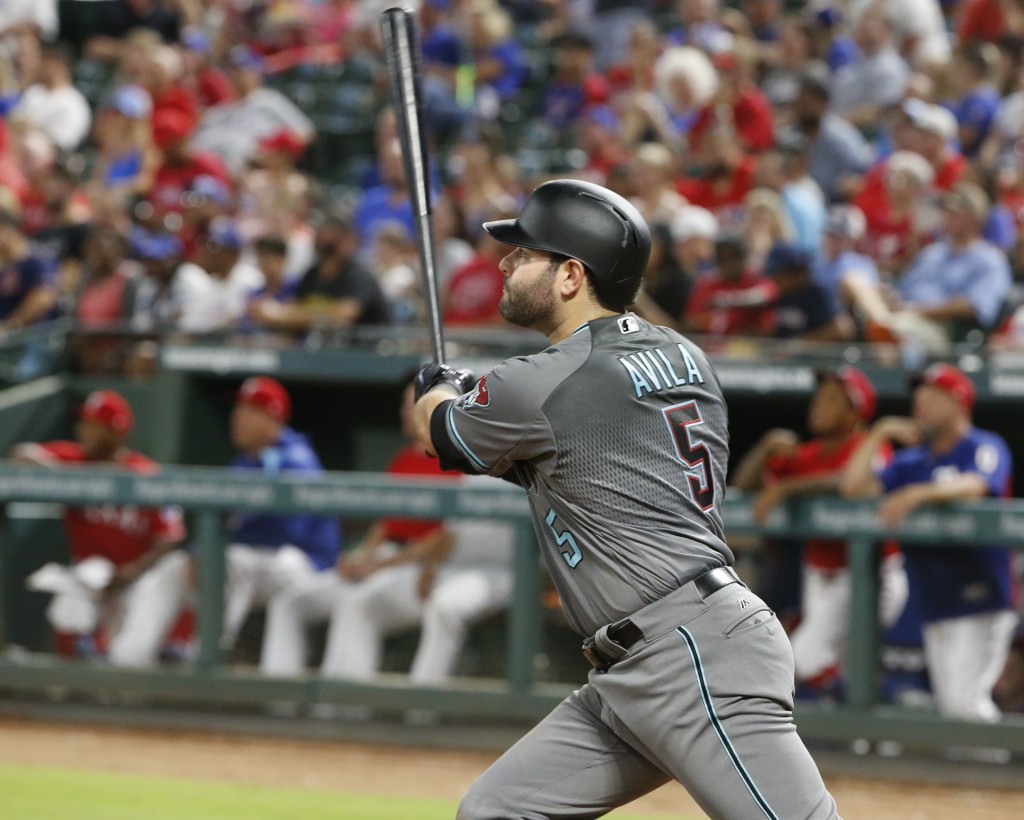 Corbin (10-4) struck out seven without a walk while allowing three runs and throwing 66 of 96 pitches for strikes. He has made 10 consecutive starts without allowing a homer, the longest span for the Diamondbacks in 15 years and matching Boston's Chris Sale for the longest active streak in the majors.

Goldschmidt went deep to left in the first with a solo shot off Yovani Gallardo (7-2). Arizona led 4-0 in the fourth after Daniel Descalso had an RBI double and scored on a wild pitch. Descalso earlier had an RBI groundout.

Alex Avila's sixth homer was a two-out solo shot to straightway center in the sixth.

Gallardo only went 3 1/3 innings, the shortest of his 10 starts since re-joining the Rangers two months ago. The right-hander walked three with one strikeout.

Jurickson Profar had a sacrifice fly for Texas before an RBI double to end his 0-for-15 slide .

Brad Boxberger worked the ninth for his 27th save in 32 chances, despite giving up a leadoff triple to Profar before a sac fly by Robinson Chirinos.

THE PLAYER TO BE NAMED LATER

The Rangers acquired minor league OF Alexander Ovalles from the Cubs on Tuesday, completing the July 27 trade that sent lefty Cole Hamels to Chicago for RHPs Eddie Butler and Rollie Lacy and a player to be named later. The 17-year-old Ovalles is playing in the Dominican Summer League.

Diamondbacks: OF A.J. Pollock, who was out May 15-July 2 because of a broken left thumb, got the day off after playing 18 consecutive games since July 25. "It just felt like it was a good time to give him this off day," manager Torey Lovullo said.

Rangers: 3B Adrian Beltre was out of the lineup a day after he re-aggravated the left hamstring injury that has already put him on the disabled list twice this season. The 39-year-old Beltre, baseball's active career hits leader, will be re-evaluated Thursday. ... RHP Chris Tillman, signed by Texas to a minor league deal after being released by the Baltimore Orioles on July 27, threw only 11 pitches for Triple-A Round Rock before leaving with a groin strain.

Diamondbacks: A day off Wednesday in the middle of a nine-game road trip before a four-game series at San Diego.

Rangers: After playing 13 days in a row, and 25 of 26 since the All-Star break, the Rangers have a day off before opening a four-game home series Thursday night against the Los Angeles Angels.