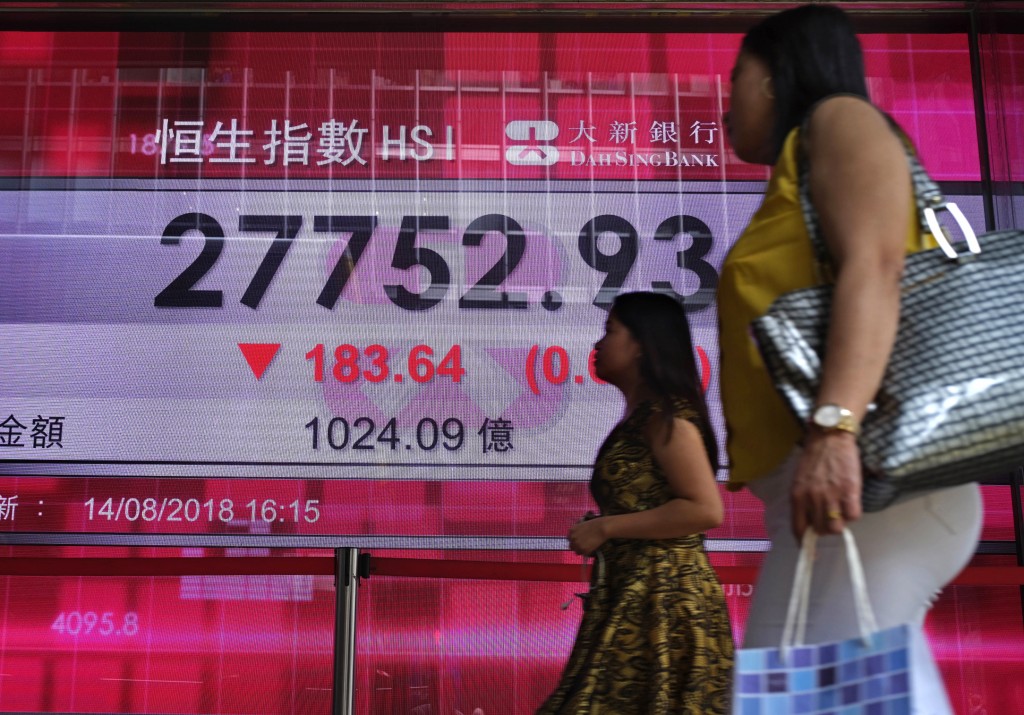 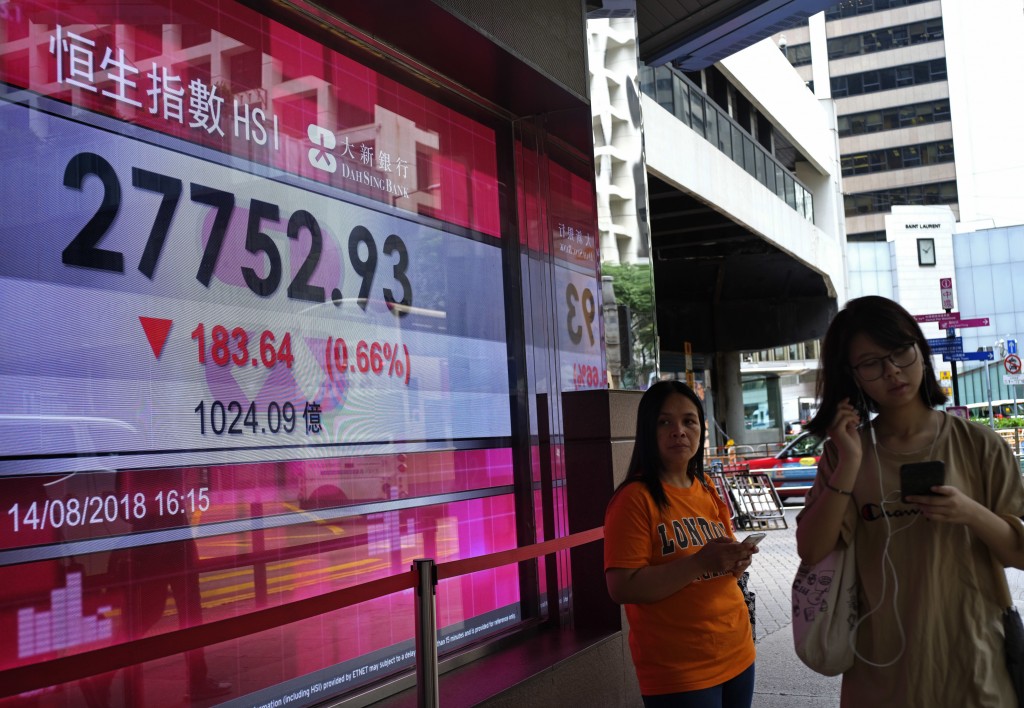 BANGKOK (AP) — Shares were mostly lower in Asia early Wednesday despite a rally overnight on Wall Street as investors' jitters over the Turkish currency crisis eased.

TURKEY TURMOIL: The Turkish lira steadied as officials from Turkey and the U.S. said the countries are in talks to ease diplomatic tensions, which have resulted in high tariffs on Turkish steel and aluminum. Stocks jumped in emerging markets like Argentina, Russia and Brazil. Economists say Turkey's central bank still needs to raise interest rates significantly to strengthen its currency. President Recep Tayyip Erdogan has ruled out that step.

ANALYST'S VIEWPOINT: "While we are nowhere near the elimination of concerns over Turkey, the improvement in sentiment from the initial reactions have helped U.S. markets higher overnight, setting a more benign tone for the region this morning," Jingyi Pan of IG said in a commentary.

ENERGY: Benchmark U.S. crude fell 28 cents to $66.76 in electronic trading on the New York Mercantile Exchange. It lost 16 cents to $67.04 per barrel on Tuesday. Brent crude, used to price international oils gave up 20 cents to $72.26 per barrel.