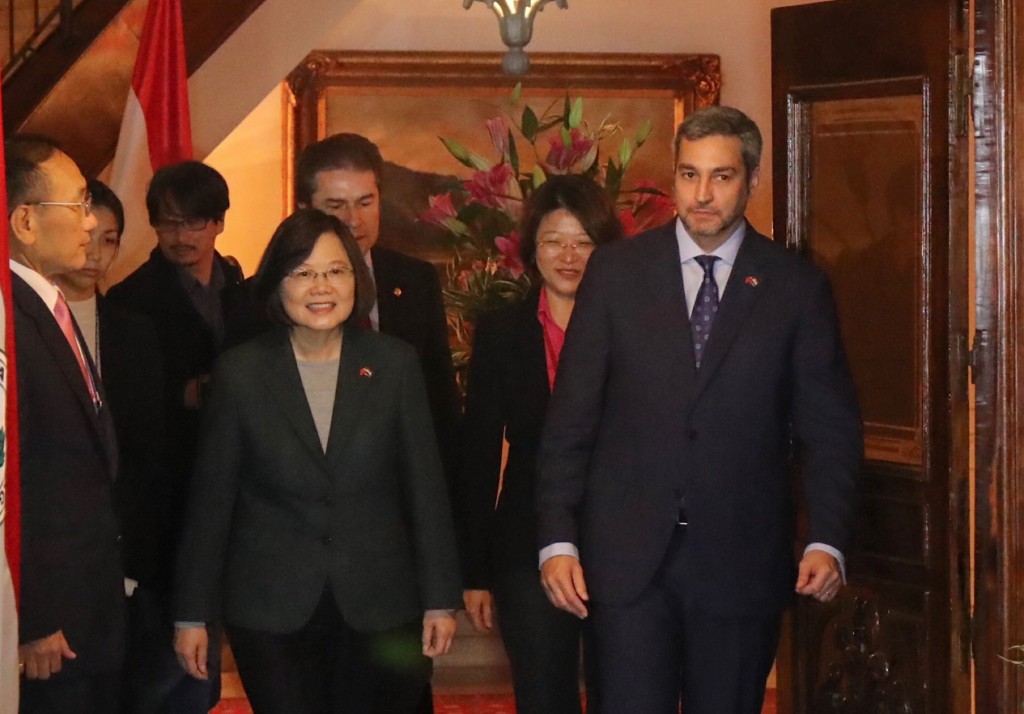 TAIPEI (Taiwan News) — Taiwan President Tsai Ing-wen (蔡英文) and Paraguay’s President-elect Mario Abdo Benitez are reported to have reached a consensus on strengthening the bilateral relations of the two countries through trade, investment, and infrastructure projects.

Paraguay is currently Taiwan’s only ally in South America. Although China’s influence has been growing rapidly in South America over recent years, concern that the new Paraguayan president will change course in favor of China after taking power may lessen as President Tsai and Abdo agreed to strengthen the alliance of their countries in a meeting held at Abdo’s residence on August 14 (all times local).

Chow said both leaders reached a consensus on strengthening the cooperative relationship through increased trade and investment in each of their countries as well as facilitating infrastructure projects in Paraguay.

Both President Tsai and Abdo agreed to further the formal relations between Taiwan and Paraguay that have lasted for 61 years, added Chow.

Paraguay will convene with the Taiwanese government for the plans and specifications of future bilateral collaboration at that time, as Abdo has asked the foreign ministry to begin preliminary work on the matter, said Saguier.

Apart from meeting with the president-elect ahead of his inauguration scheduled for August 15, President Tsai also met with current President of Paraguay, Horacio Cartes, hours after she landed in the capital, Asuncion, on August 14.

The two leaders attended a dedication ceremony of a university of science and technology, which the Taiwanese government and National Taiwan University of Science and Technology have been helping open.