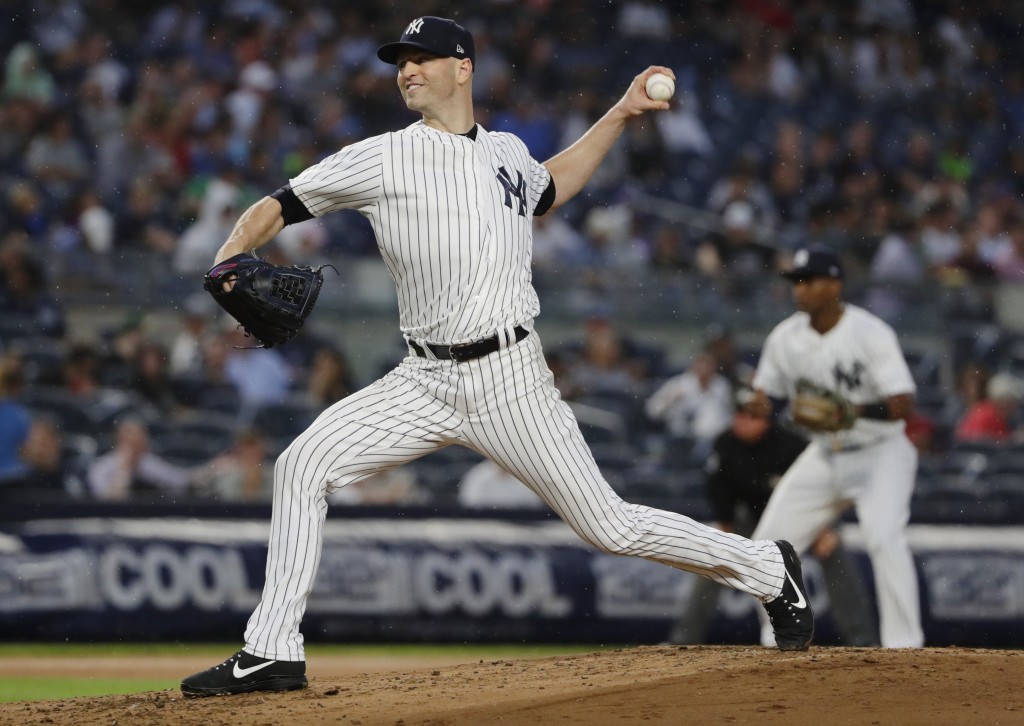 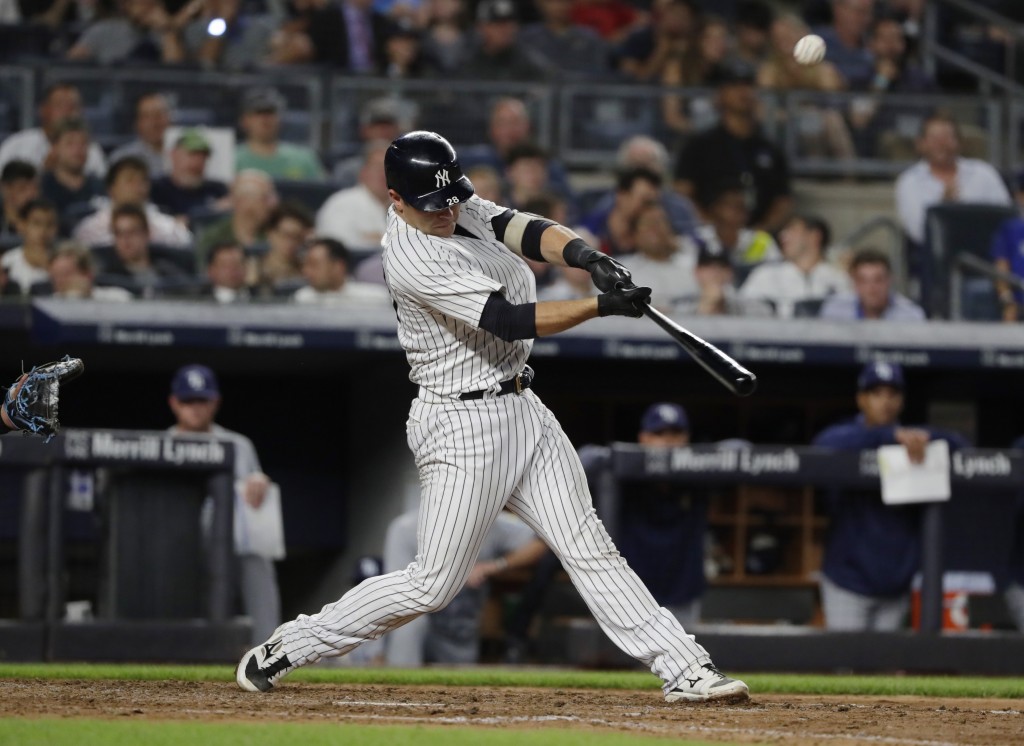 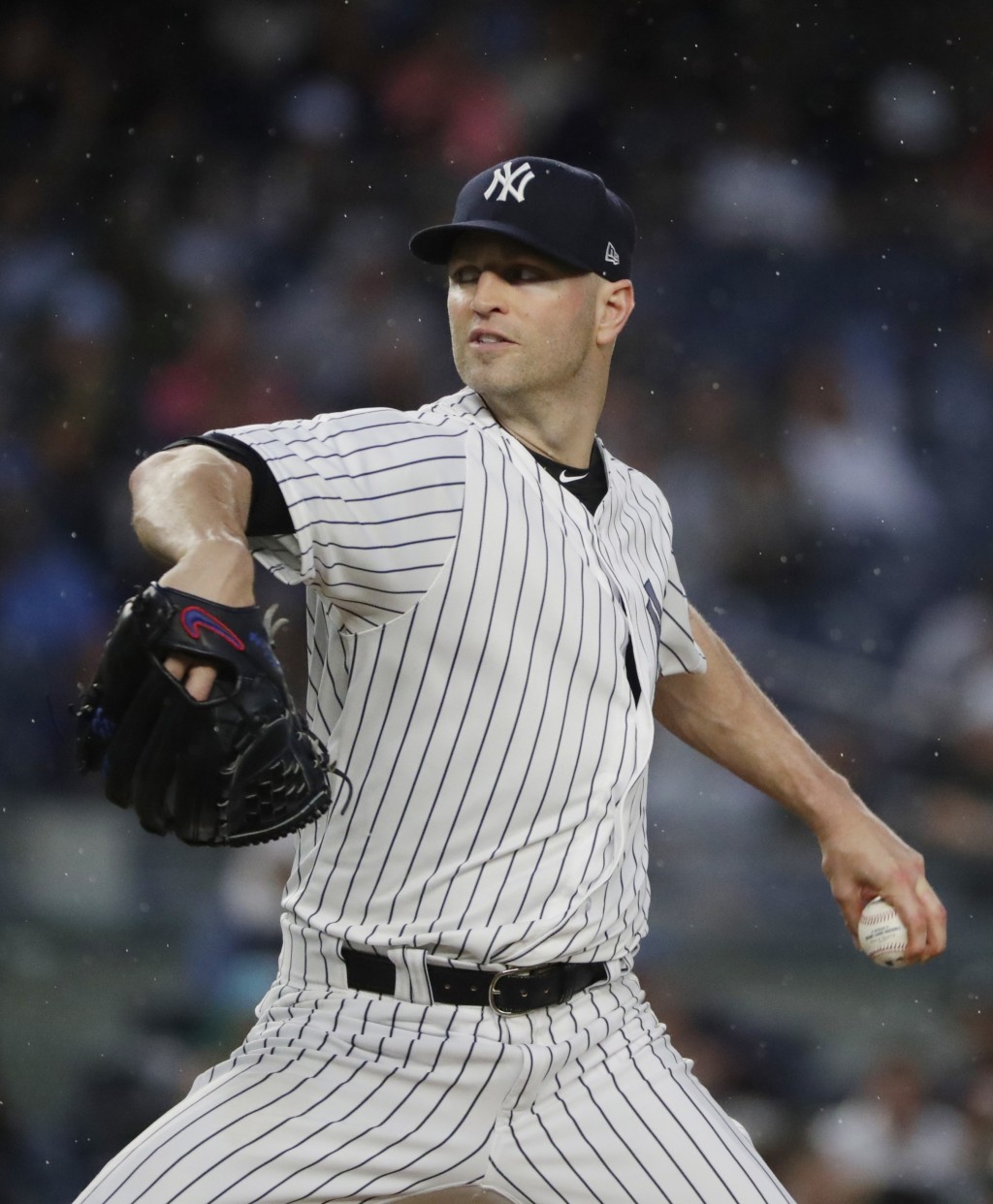 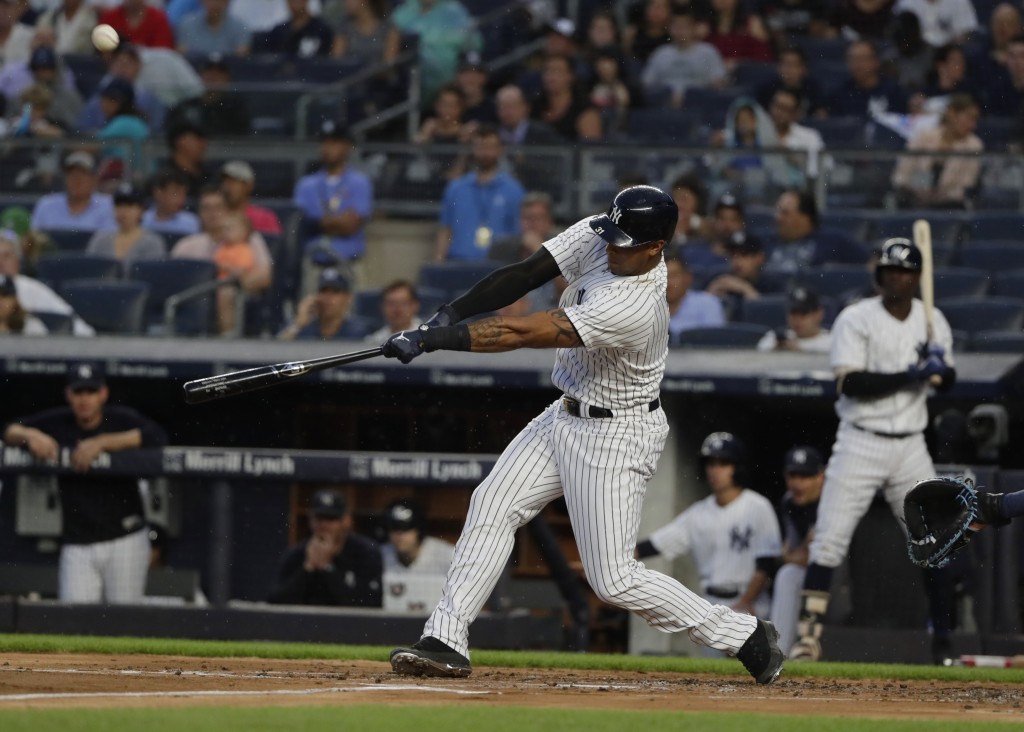 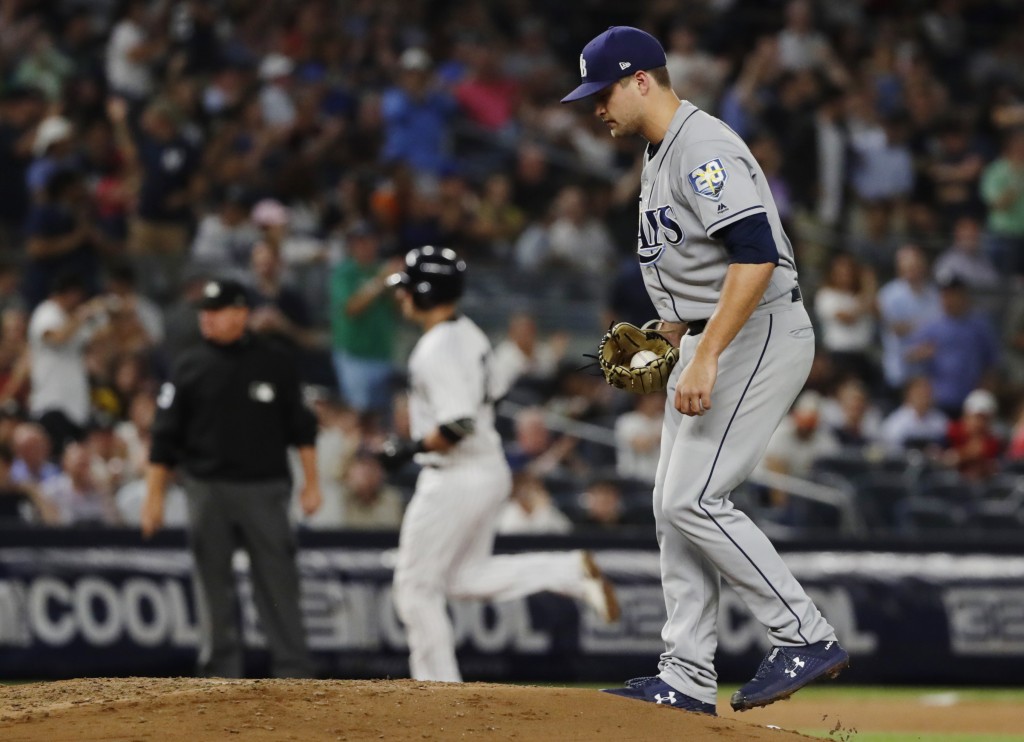 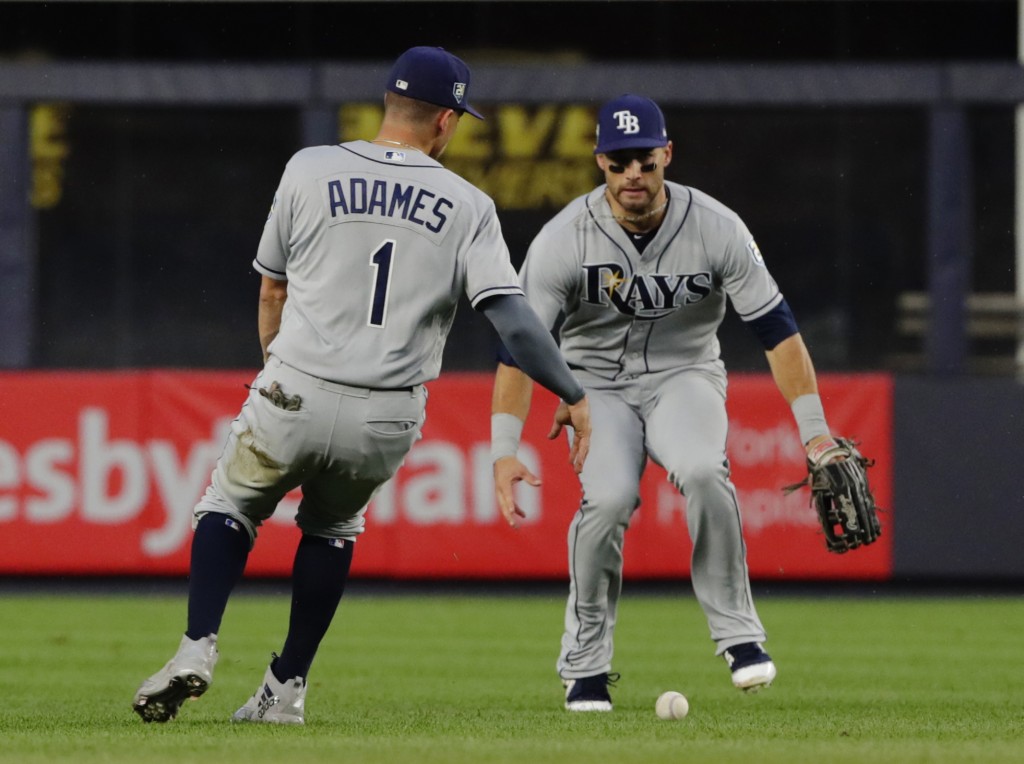 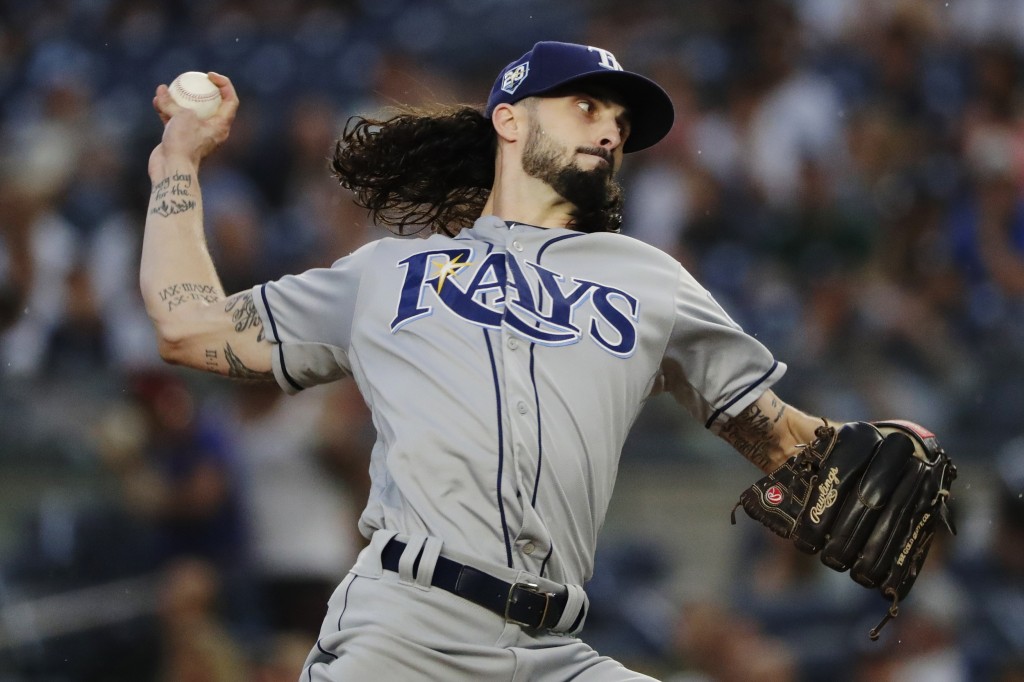 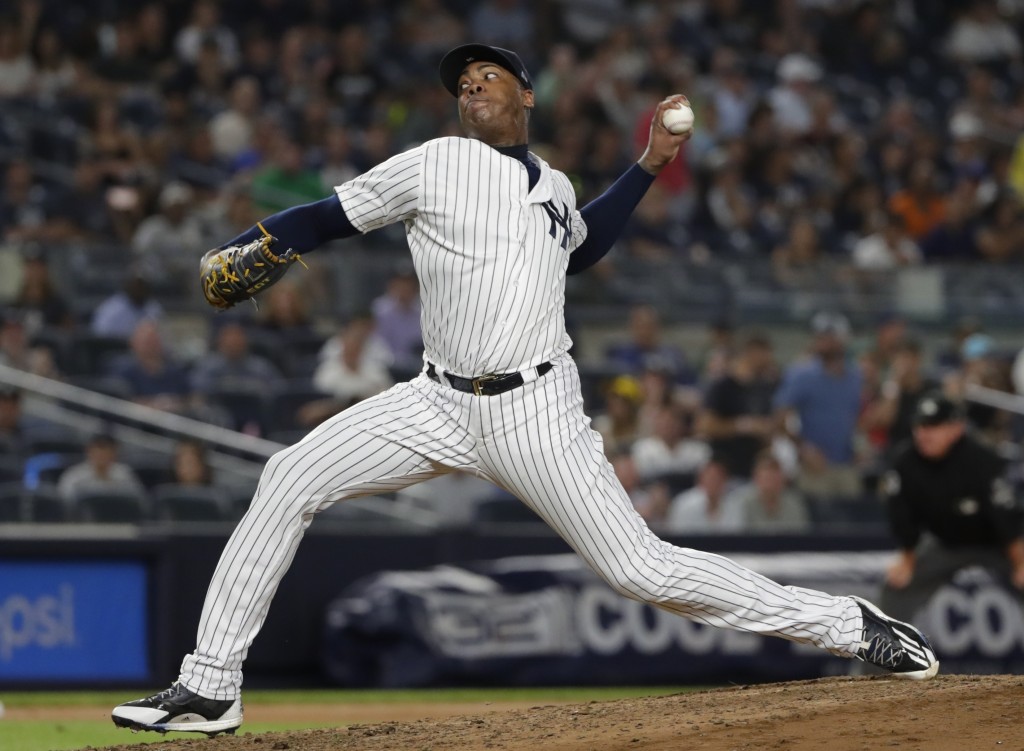 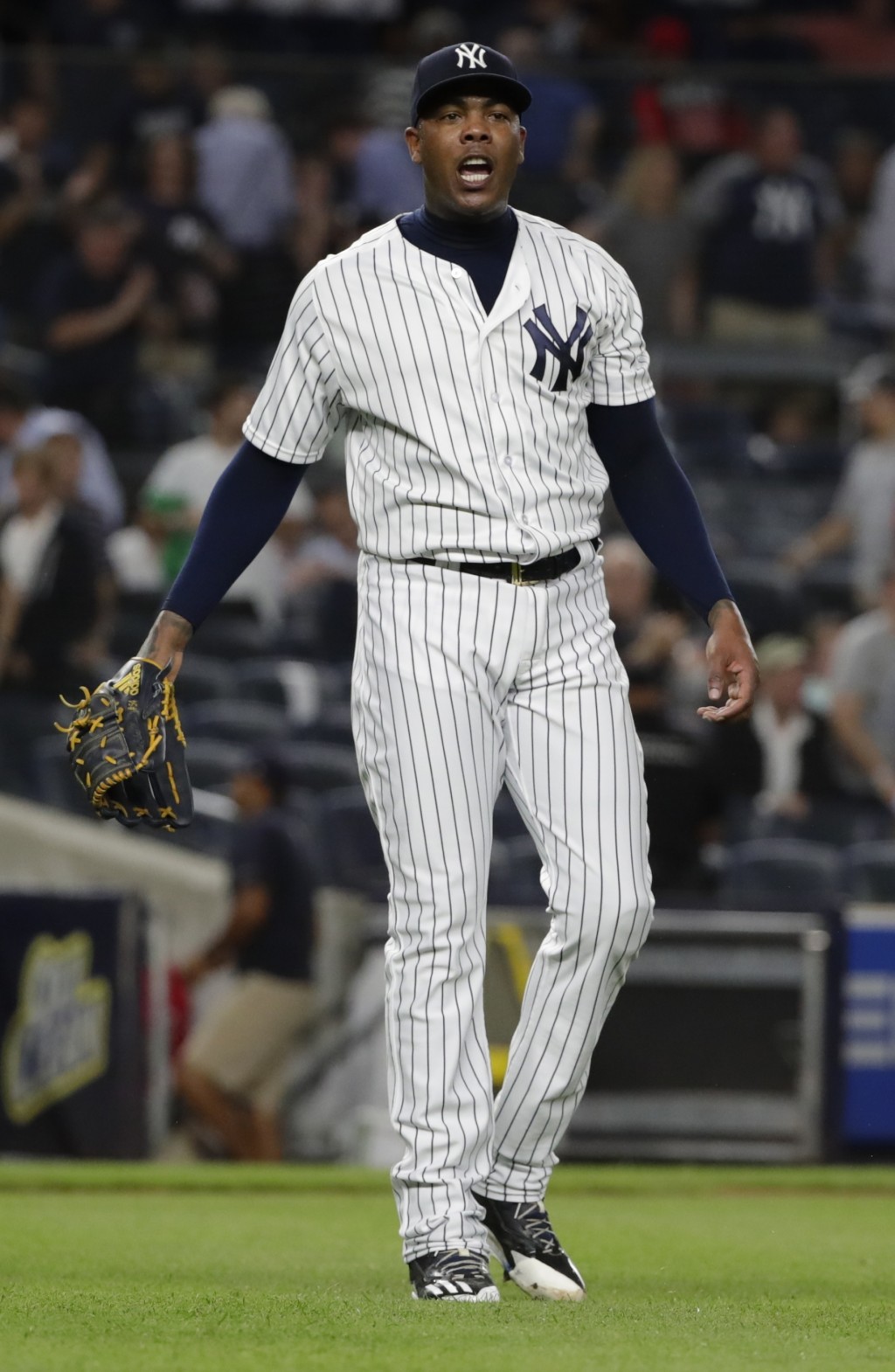 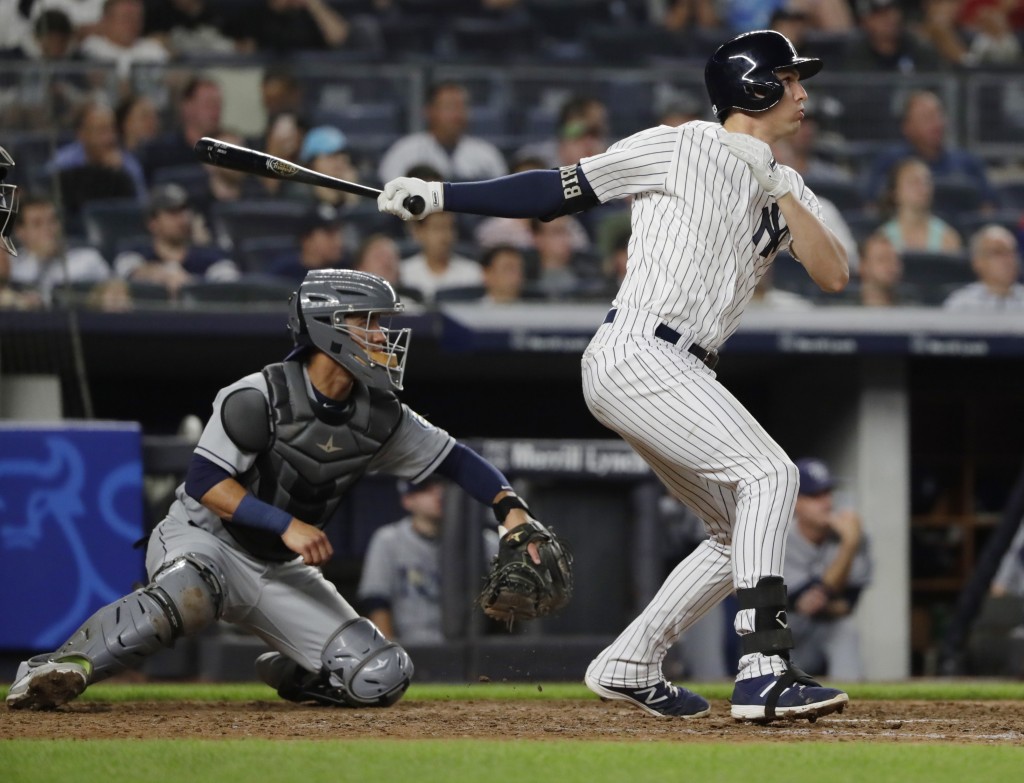 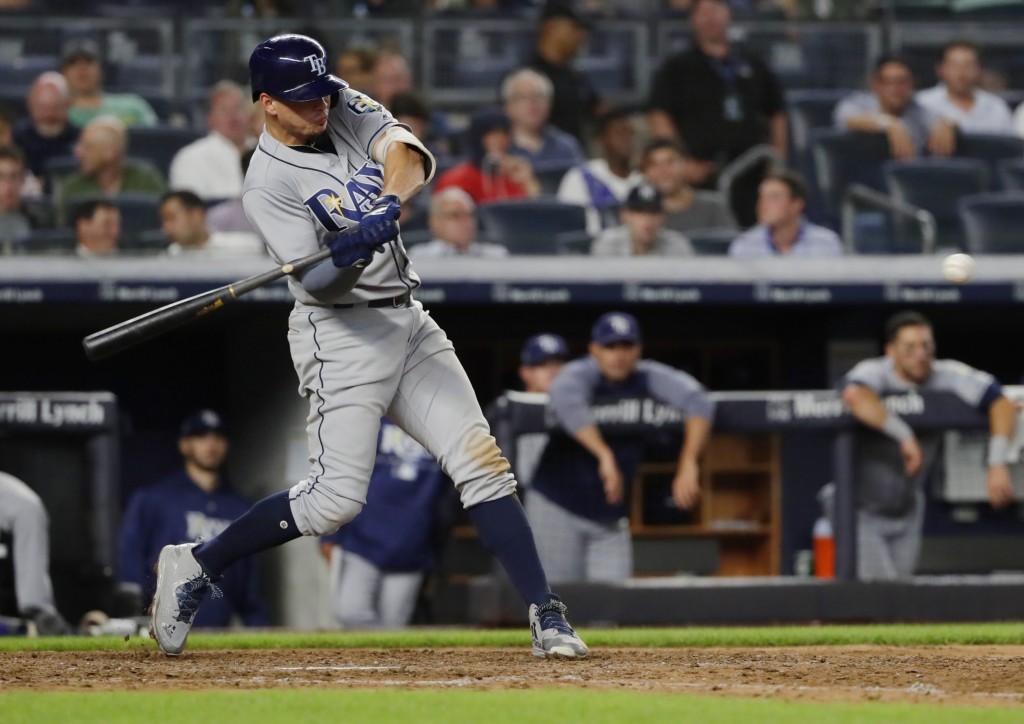 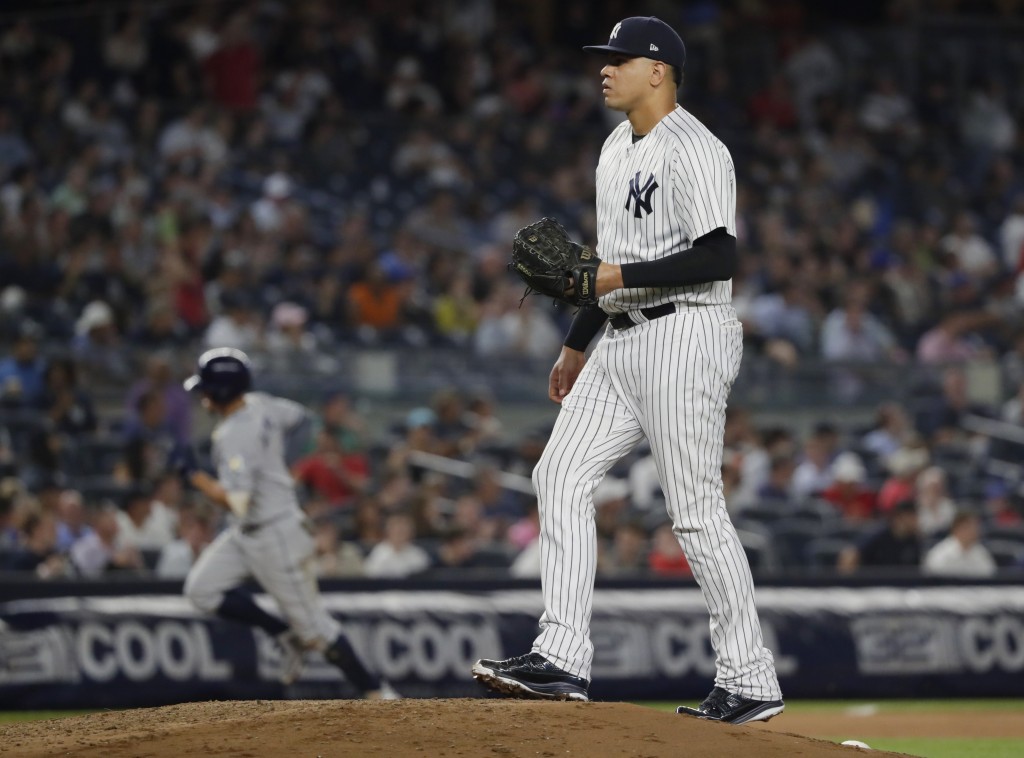 Austin Romine hit a two-run homer to help New York improve to 7-2 since getting swept in four games at Boston this month. Still, the wild card-leading Yankees remained 10 games behind the runaway Red Sox in the AL East despite having the second-best record in the majors at 75-44.

Aaron Hicks had an early RBI single and New York won for the 14th time in 17 home games against Tampa Bay over the past two seasons. Miguel Andujar and slumping Greg Bird contributed consecutive two-out doubles in the eighth to make it 4-1.

Happ (13-6) struck out four and walked four, throwing 71 of 106 pitches for strikes. The only hit he permitted was a flyball by C.J. Cron that fell in front of left fielder Brett Gardner in the fourth. Happ retired Carlos Gomez on a line drive to first base with two on to end the inning, and was never threatened after that.

The veteran left-hander has won all three outings since the Yankees acquired him from Toronto in a July 26 trade, giving their rotation exactly the sort of boost the team was seeking.

Dellin Betances and Aroldis Chapman completed a crisp three-hitter that took just 2 hours, 32 minutes. Shaking off some recent struggles, Chapman worked a one-hit ninth for his 31st save in 33 chances.

Willy Adames homered for the Rays on Betances' first pitch in the eighth.

After a costly error by Adames at shortstop, Hicks blooped a run-scoring single over a drawn-in infield in the first against Tampa Bay opener Hunter Wood (0-1).

Romine, batting ninth, curled an opposite-field homer inside the right-field foul pole off Jalen Beeks in the fifth on the first pitch following a leadoff walk to Neil Walker.

Rays: RHP Chaz Roe (left knee) was reinstated from the disabled list. He had been sidelined since early July. ... OF Tommy Pham (broken right foot) rejoined the team for workouts, but is not scheduled for a rehab assignment yet.

Yankees: CC Sabathia said he had his troublesome right knee drained Monday for the second time this season. He also received another lubricant injection, but said the swelling is gone and he'll probably try to play catch Wednesday. The 38-year-old lefty, placed on the 10-day disabled list Monday, said he thinks he'll only miss one turn. "I'm just trying to listen to my body and listen to my knee this time. Not try to push it at a time when I really don't need to, if that makes sense," he said. ... C Gary Sanchez (groin) threw on the field in the afternoon and will probably go to Florida this weekend. He could begin a rehab assignment next week in the rookie-level Gulf Coast League, manager Aaron Boone said.

Rays: RHP Jake Faria (4-3, 4.97 ERA) is scheduled to make his 11th start of the season Wednesday night at Yankee Stadium. "He's built up. I think he can probably go four or five innings. We'll see how efficient he is," manager Kevin Cash said. "It's been probably a pretty trying season for him and he knows that there's some time left here to kind of fix some things, make some adjustment and finish strong."

Yankees: RHP Luis Cessa (1-2, 4.50) will be recalled from the minors to make a spot start in the middle game of the series.