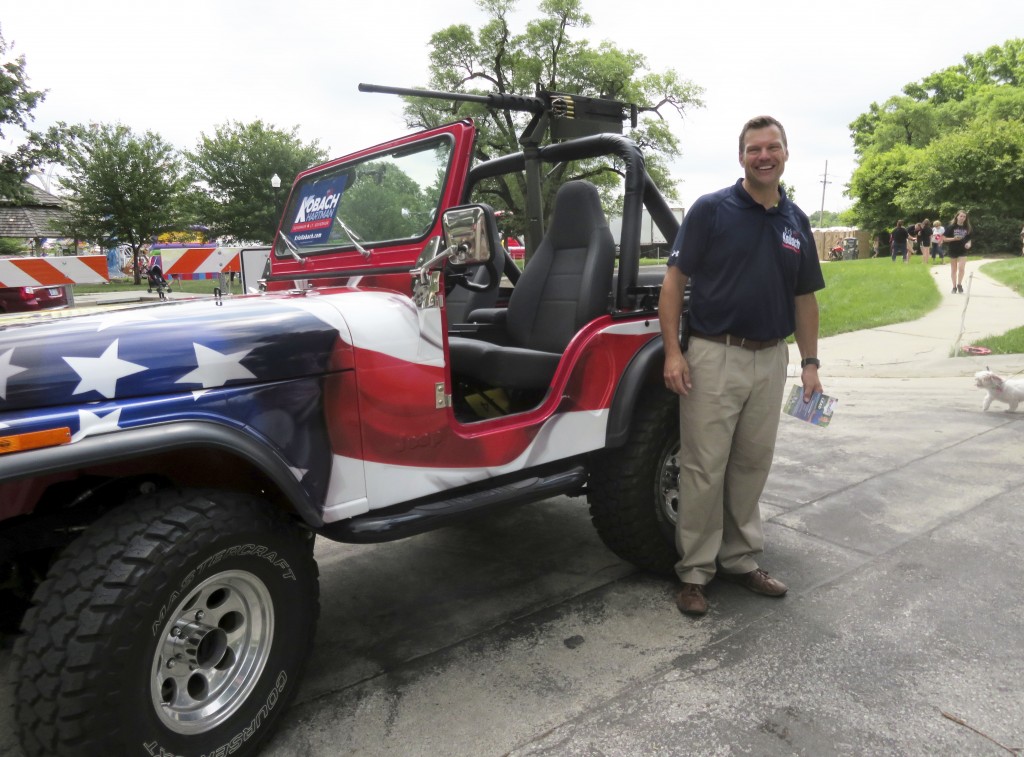 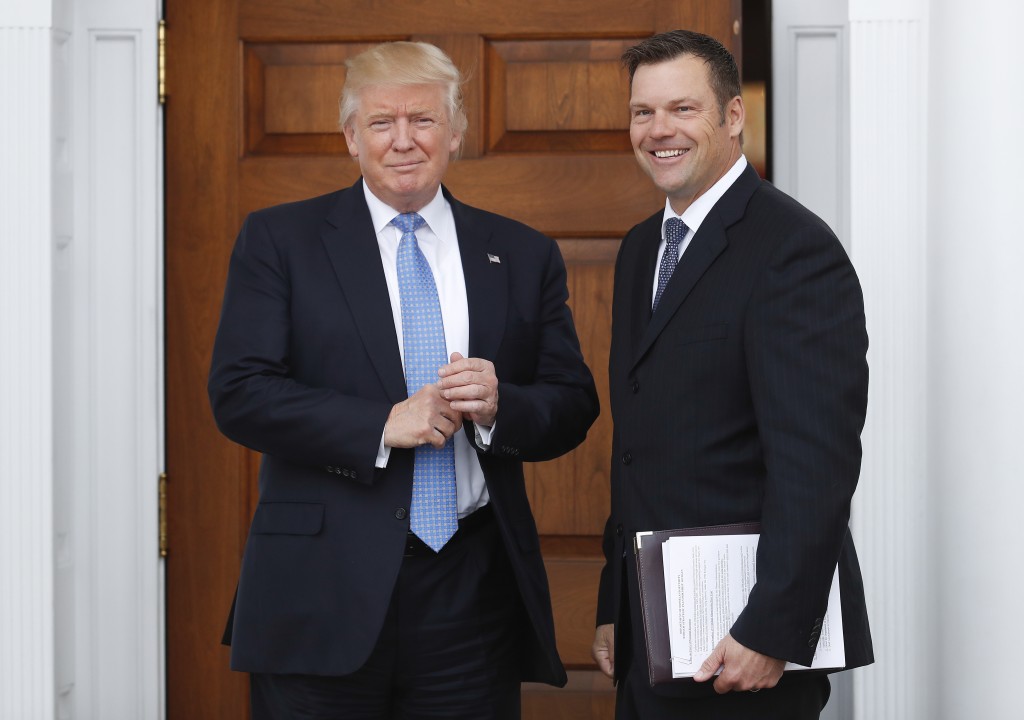 TOPEKA, Kan. (AP) — At a parade this summer, candidate for governor Kris Kobach rode a jeep with a replica machine gun mounted on it. When some people complained the stunt scared children, Kobach, Kansas' secretary of state, mockingly called the reaction a "snowflake meltdown."

And he kept on riding the vehicle in other parades, posting photos on social media regularly.

The 52-year-old Republican has a take-no-prisoners style of conservatism that delights hard-right members of the GOP but makes him a prime target of Democrats and centrists.

Now, Kobach is the GOP nominee in the gubernatorial race. Incumbent Gov. Jeff Colyer conceded the primary race Tuesday night - a week after the too-close-to-call vote threatened to send the race to a recount.

Despite holding what is usually a low-profile state post, Kobach has gained a national following, thanks to his tough stand on immigration and his push for stricter voter ID laws. Polling shows he has strong name recognition — and high negatives.

Consider his running battle with the American Civil Liberties Union. Faiz Shakir, national political director for the ACLU, said Kobach "rises to the very top" of any list of candidates whose records alarm the group.

Kobach responded by saying the ACLU's attacks actually helped him in the Republican primary.

He tends to bring out strong feelings among the voters.

Nineteen-year-old college student Tom Teeter of Topeka said of the possibility of Kobach being governor, "Oh, God, it horrifies me."

"He is doing his best to stop immigration and the illegal voting," said 73-year-old retiree Richard Cronister of Topeka, adding approvingly: "The ACLU and all those organizations are against him."

Educated at Harvard, Yale and Oxford, Kobach was an official with the U.S. Justice Department and Kansas Republican Party chairman before being elected secretary of state in 2010.

He immediately became known for helping to draft tough laws against illegal immigration, including Arizona's "show your papers" law in 2010. He called Kansas the "sanctuary state of the Midwest" for failing to enact more stringent policies. He was an early supporter of Donald Trump and has advised the president on immigration.

He is a staunch abortion opponent, wants to make Kansas laws even friendlier for gun owners and says he will push hard for tax cuts if elected governor.

Trump enthusiastically endorsed Kobach over the incumbent a day before the primary.

"Kris Kobach, a strong and early supporter of mine, is running for Governor of the Great State of Kansas," Trump tweeted. "He is a fantastic guy who loves his State and our Country - he will be a GREAT Governor and has my full & total Endorsement! Strong on Crime, Border & Military."

Kobach's national prominence rose during his crusade for strict voter ID laws. He called voter fraud a significant problem in Kansas, citing dozens of non-citizens on the state's voter rolls and nine criminal election-fraud cases he brought as secretary of state.

Critics such as Kansas Senate Minority Leader Anthony Hensley, a Topeka Democrat, have accused Kobach of engaging in "voter suppression." And many election experts say voter fraud is extremely rare.

But many GOP leaders across the country agree with him that it is rampant and requires tough ID laws. Trump named Kobach vice chairman of the president's election fraud commission, with Vice President Mike Pence as chairman.

Kobach's voter ID efforts have taken some recent hits, though. In June, a federal judge found the Kansas law unconstitutional. And the commission found no evidence to support Trump's claims of widespread voter fraud in the 2016 presidential election.