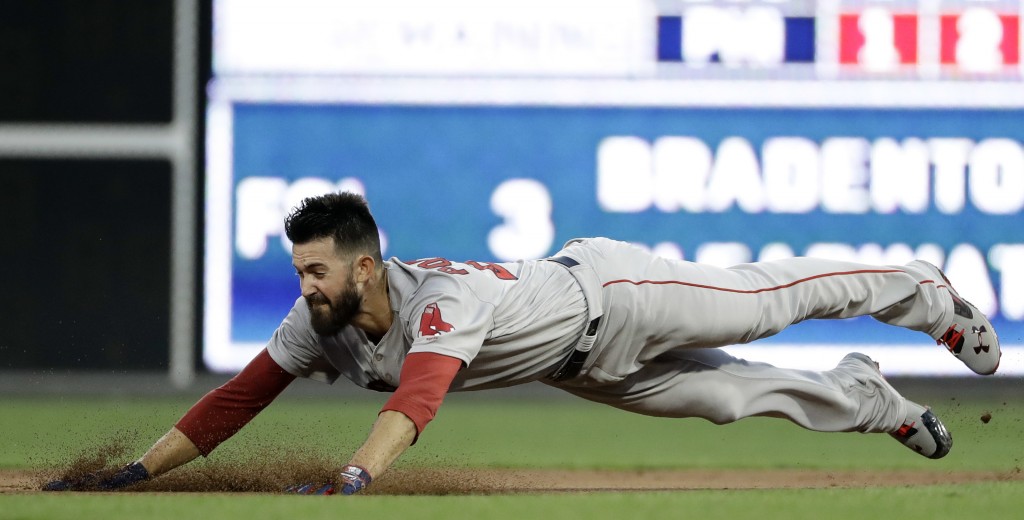 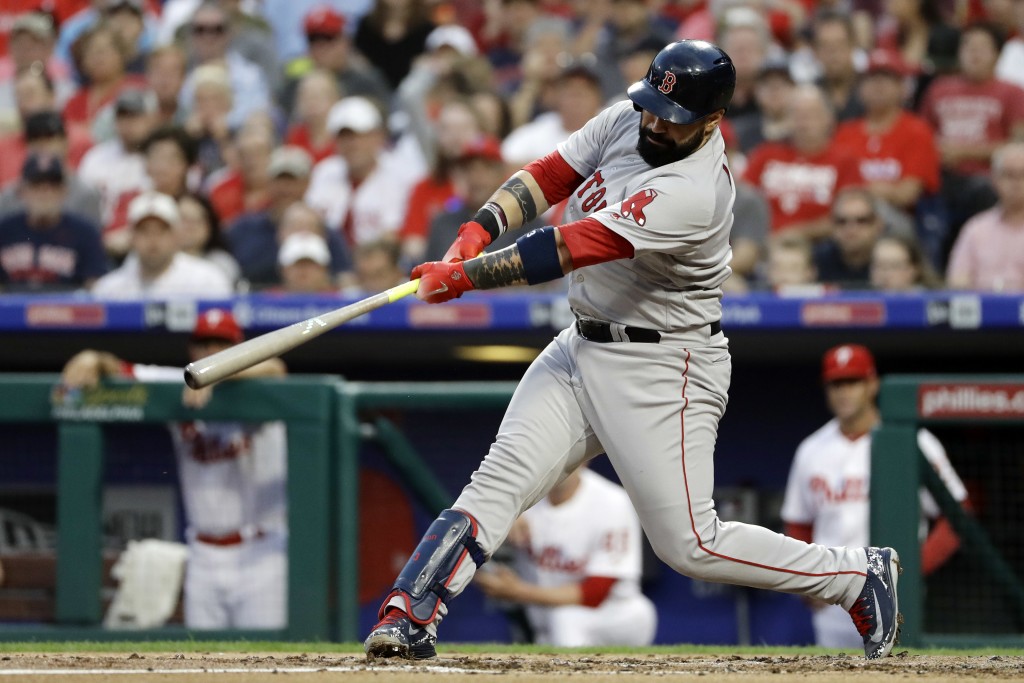 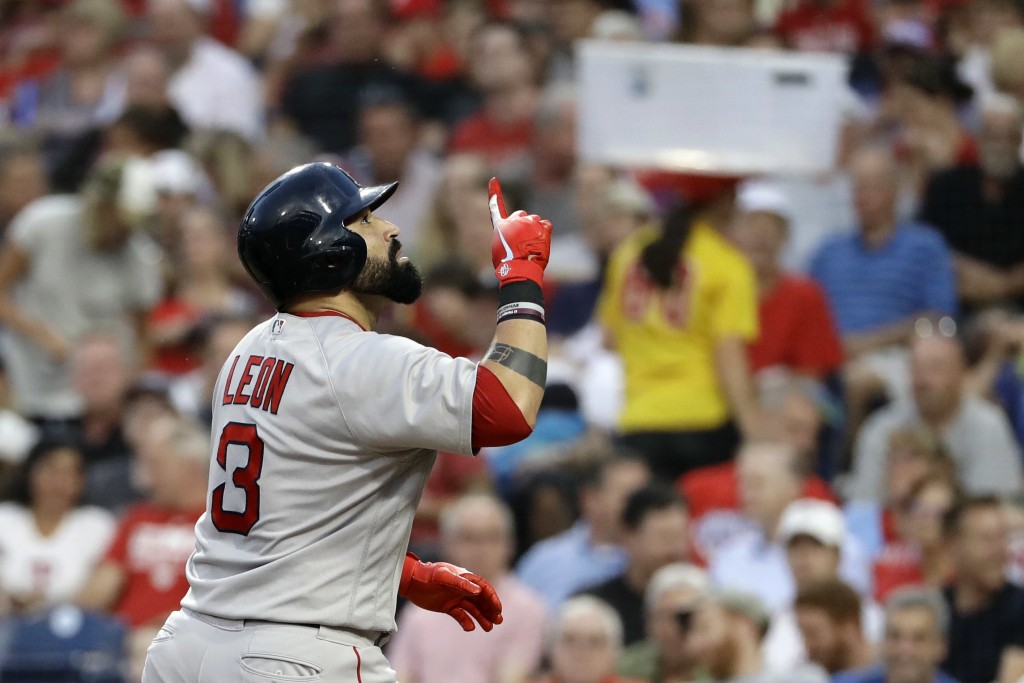 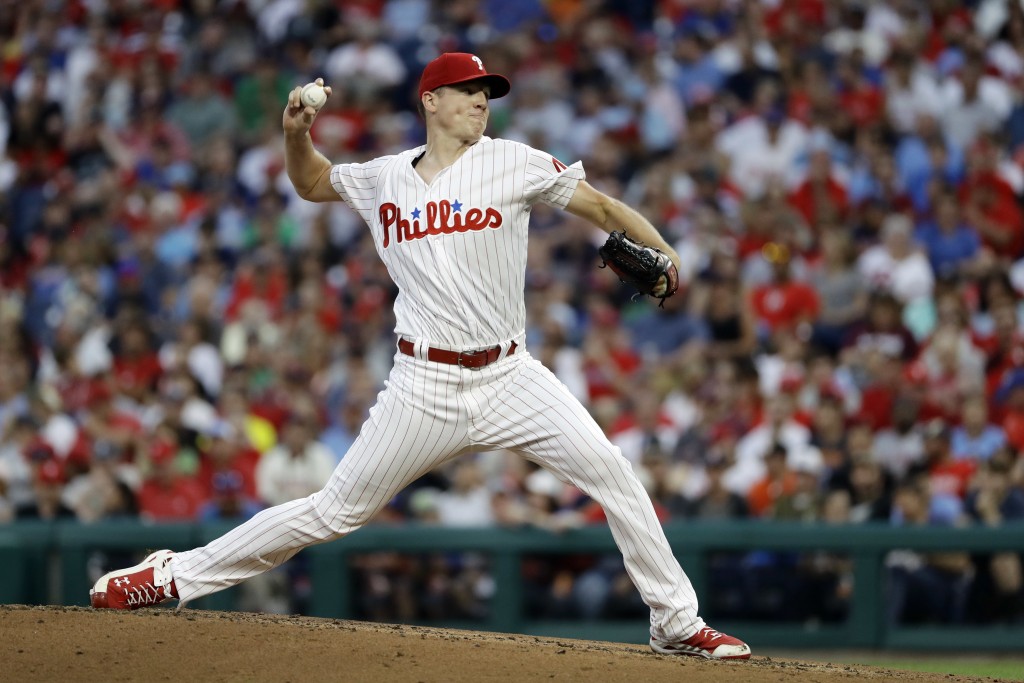 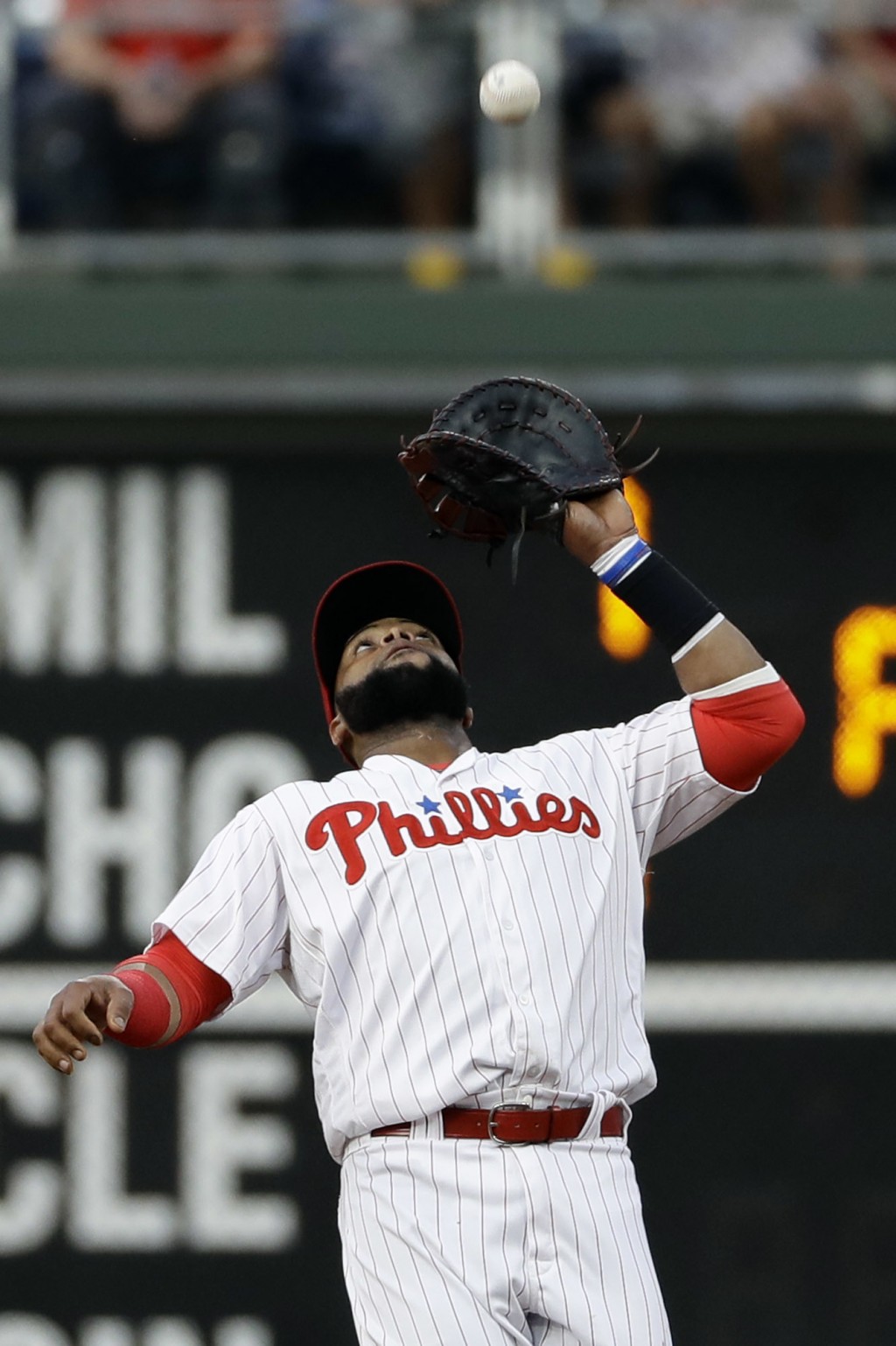 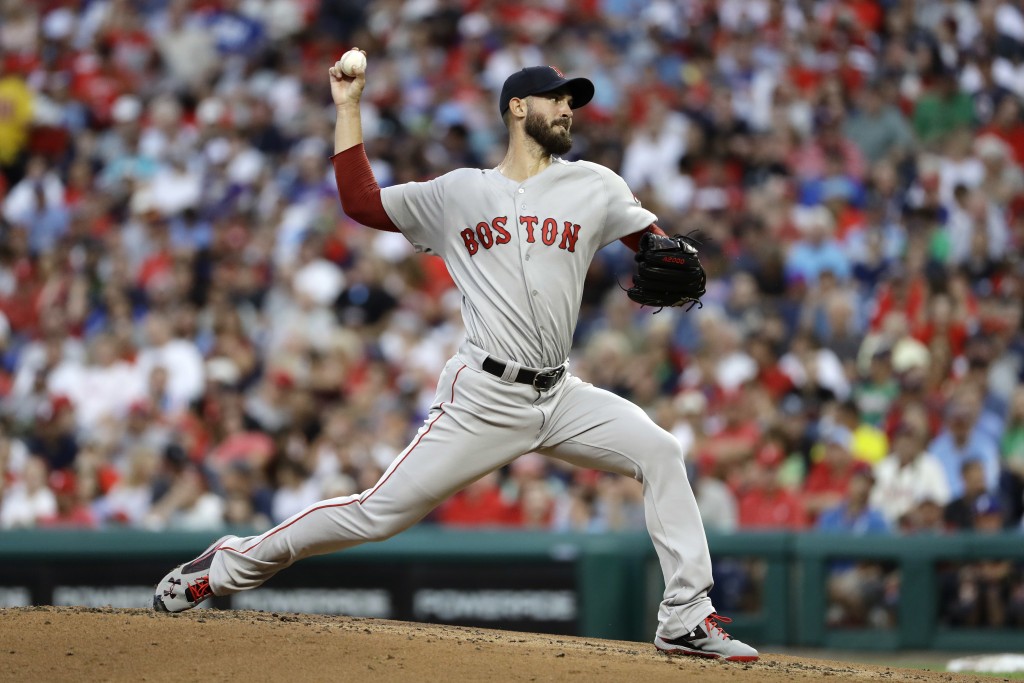 Sandy Leon also went deep for Boston, which improved to 86-35. The Red Sox increased their total to 168 homers, matching their number from last year when they hit an AL-low 168.

Porcello (15-5) gave up one run and two hits, striking out 10. He tied Max Scherzer and Luis Severino for the most wins in the majors.

Rhys Hoskins homered, but the Phillies wasted a solid outing from Nick Pivetta. He allowed one run and three hits in six innings.

Holt hit the first pitch he saw from Tommy Hunter (3-2) in the eighth off the video screen on the facing of the second deck in right field.

Heath Hembree tossed a perfect eighth, striking out Odubel Herrera swinging at a pitch that hit his left foot. Craig Kimbrel finished the two-hitter for his 36th save in 40 chances. He's 41 for 41 in interleague games in his career.

Leon gave the Red Sox a 1-0 lead in the third. The least dangerous hitter in Boston's lineup sent a 95 mph fastball into the seats in right-center for his fifth homer.

Porcello followed with a liner over right fielder Nick Williams' head and slid headfirst into second base for his second career extra-base hit.

Porcello retired his first 12 batters before Hoskins drove his 23rd homer out to left in the fifth.

The Phillies have lost five of seven to fall into second place in the NL East behind Atlanta.

The Red Sox have won 20 of their last 23 interleague games.

The Phillies traded righty Jake Thompson to the Milwaukee Brewers for cash. Thompson was acquired in the trade that sent former ace Cole Hamels to Texas in 2015. He was 7-8 with a 4.87 ERA in 30 appearances, including 18 starts, in three seasons in Philadelphia. ... Former Phillies closer Hector Neris was recalled from Triple-A Lehigh Valley and infielder J.P. Crawford was sent down.

Phillies manager Gabe Kapler moved Nick Williams up to No. 2 and Asdrubal Cabrera to No. 3. Hoskins went from second to cleanup and Carlos Santana dropped from No. 4 to fifth in the order.

Red Sox: C Blake Swihart was activated from the disabled list and C Dan Butler was designated for assignment. ... 2B Ian Kinsler could return Wednesday from a strained left hamstring.

Phillies: C Wilson Ramos was 4 for 9 with three doubles in three rehab games for Single-A Clearwater and could join the lineup Wednesday. The two-time All-Star catcher hasn't played since being acquired from Tampa Bay on July 31 because of a hamstring strain.

RHP Nathan Eovaldi (5-4, 3.74 ERA) makes his fourth start for the Red Sox since arriving in a trade from Tampa Bay while RHP Vince Velasquez (8-9, 3.98) goes for the Phillies on Wednesday night.