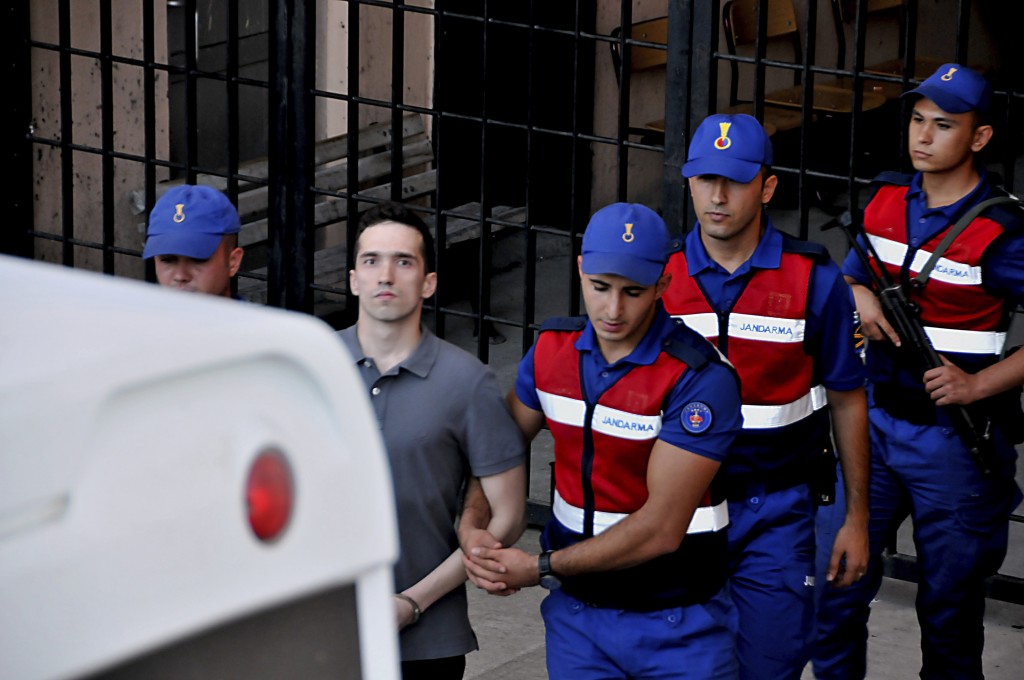 ATHENS, Greece (AP) — The Latest on the release from a Turkish prison of two Greek soldiers (all times local):

A government jet carrying two Greek soldiers freed after spending months in a Turkish prison has landed in the northern city of Thessaloniki.

The men's release Tuesday evening eased relations between the neighbors and historic regional rivals, and Defense Minister Panos Kammenos said he phoned his Turkish counterpart to express his satisfaction and invite him to visit Greece.

Kammenos was due to meet the soldiers, an army 2nd lieutenant and a sergeant, at Thessaloniki airport where their plane landed before dawn Wednesday.

They had been arrested on March 1 after crossing the heavily militarized land border, for illegally entering Turkey. Greece strongly protested their long detention, saying they had accidentally strayed across during a patrol amid poor visibility in bad weather.

Tsipras has hailed the decision as "an act of justice" that will help boost friendship between the two historic regional rivals.

In a statement Tuesday, Tsipras thanked the two soldiers and their families for their "fortitude and patience" while in prison in the Turkish town of Edirne.