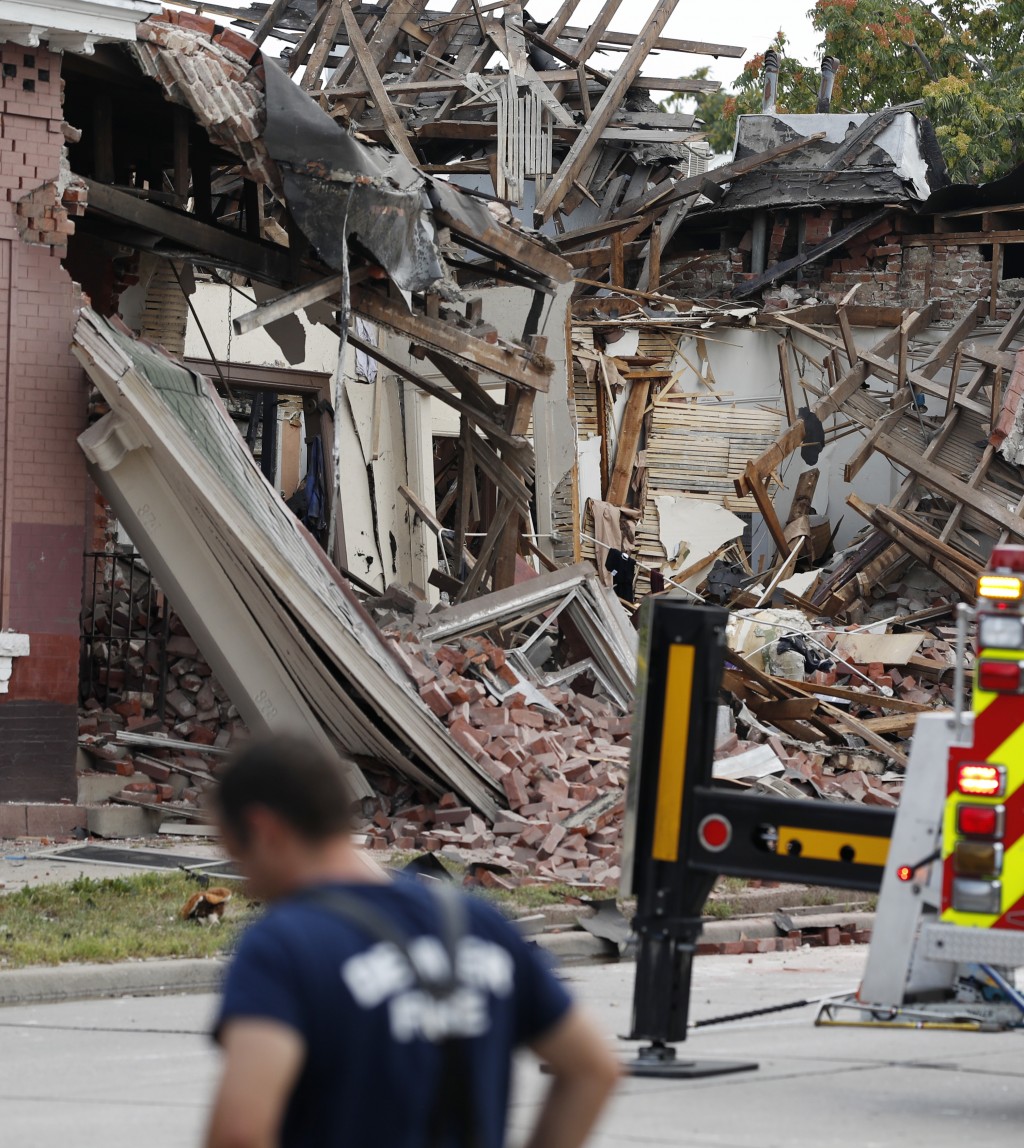 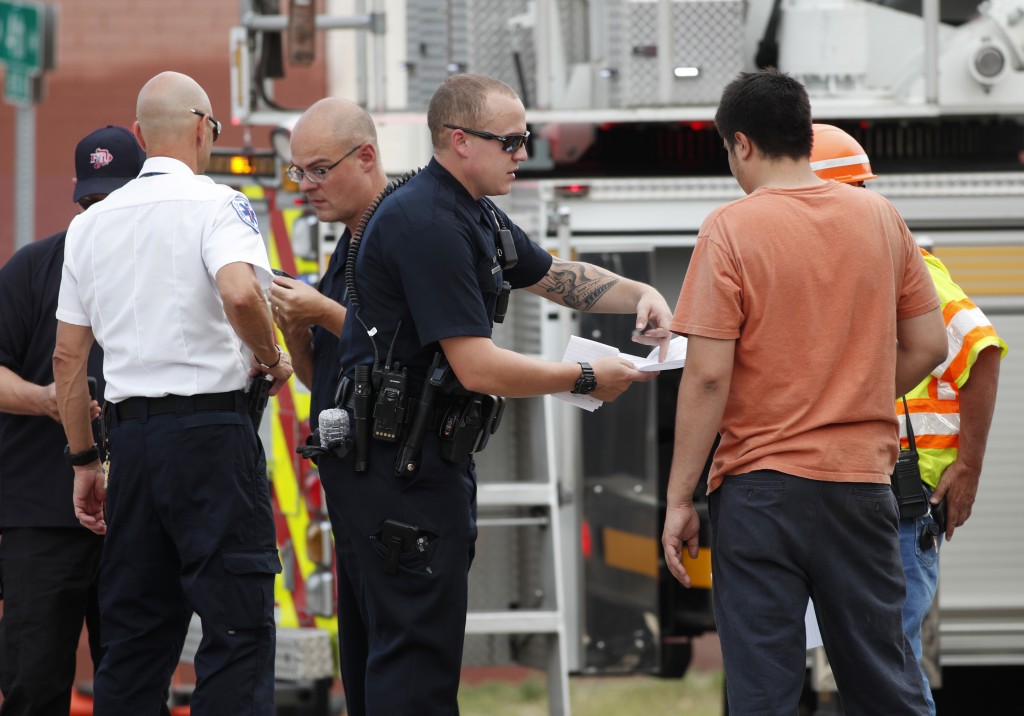 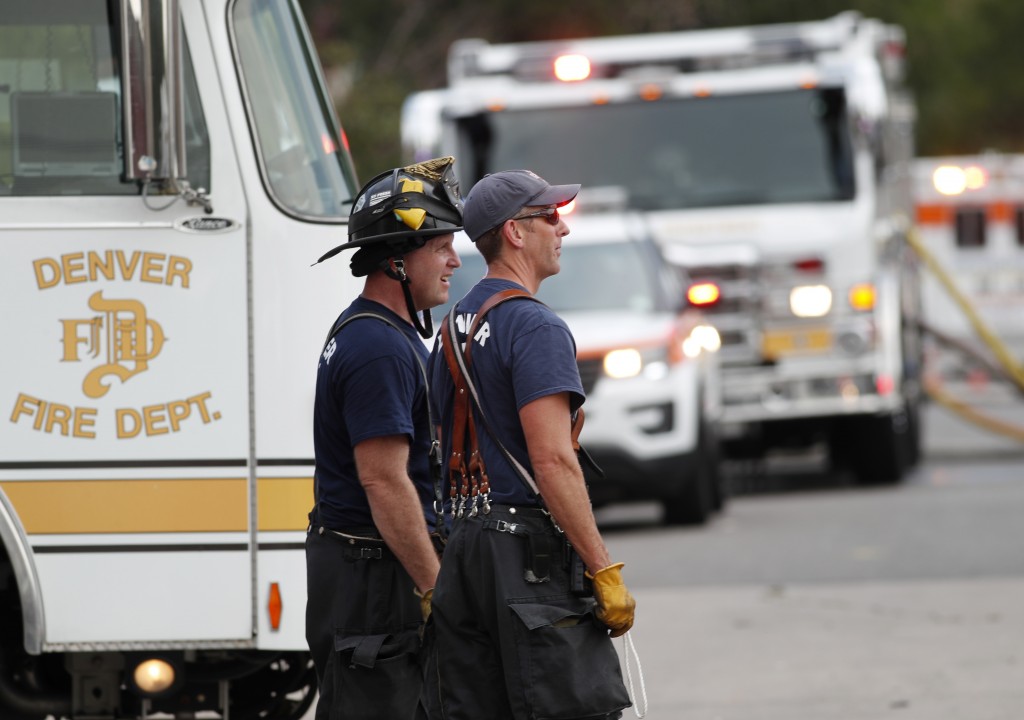 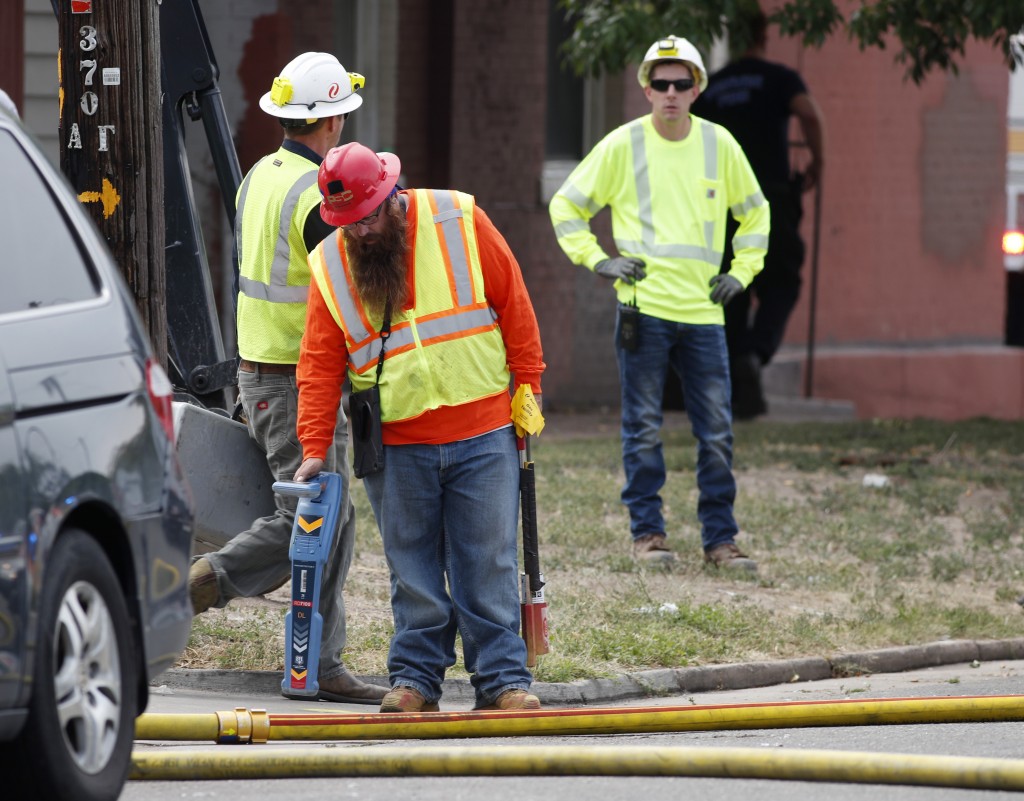 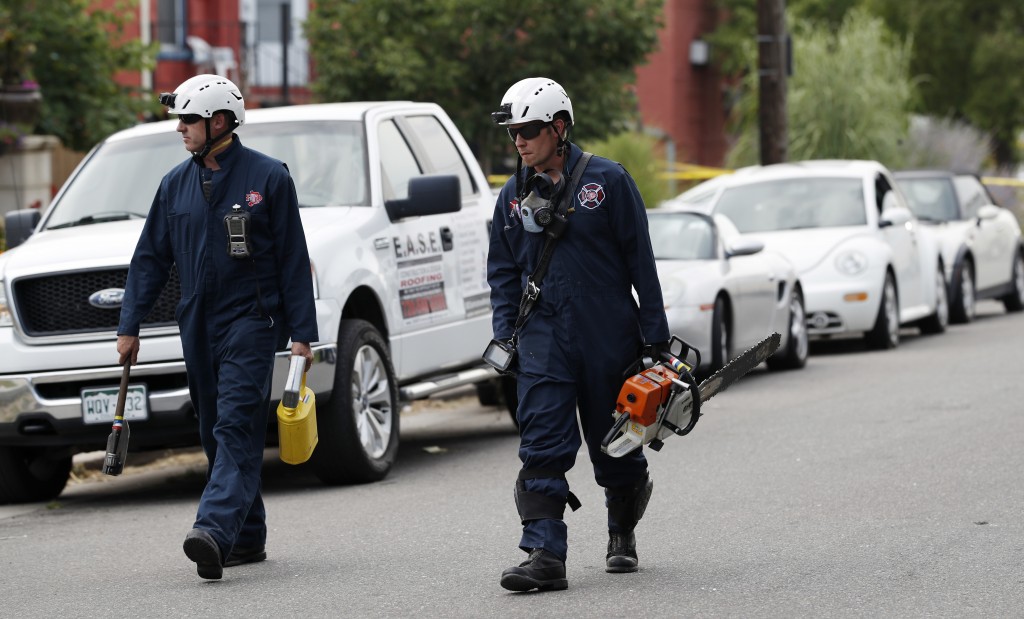 DENVER (AP) — Nine people were injured, one critically, by an apparent natural gas explosion in Denver on Tuesday, firefighters said.

Capt. Greg Pixley, a spokesman for the Denver Fire Department, said seven bystanders were treated for minor injuries and released after a portion of a brick rowhouse was leveled in the blast just south of downtown. A man was critically injured, and a woman who was pulled from the debris is in stable condition.

Pixley said some of the injured were burned, and the fire department is working with Xcel Energy to determine what happened.

Pieces of wood were thrown like sticks, and bricks were spilled on the ground in front of the one-story building.

Alexander Ponton, whose car was hit by the blast, said he and a few other people helped pull a couple from the debris.

Alex McMahill, who was working at a nearby auto repair shop, said he heard the blast and thought a vehicle had fallen from its lift.

"I'm thankful for my friends, my family, and I hope that everybody could be safe because it's a crazy life," he said.