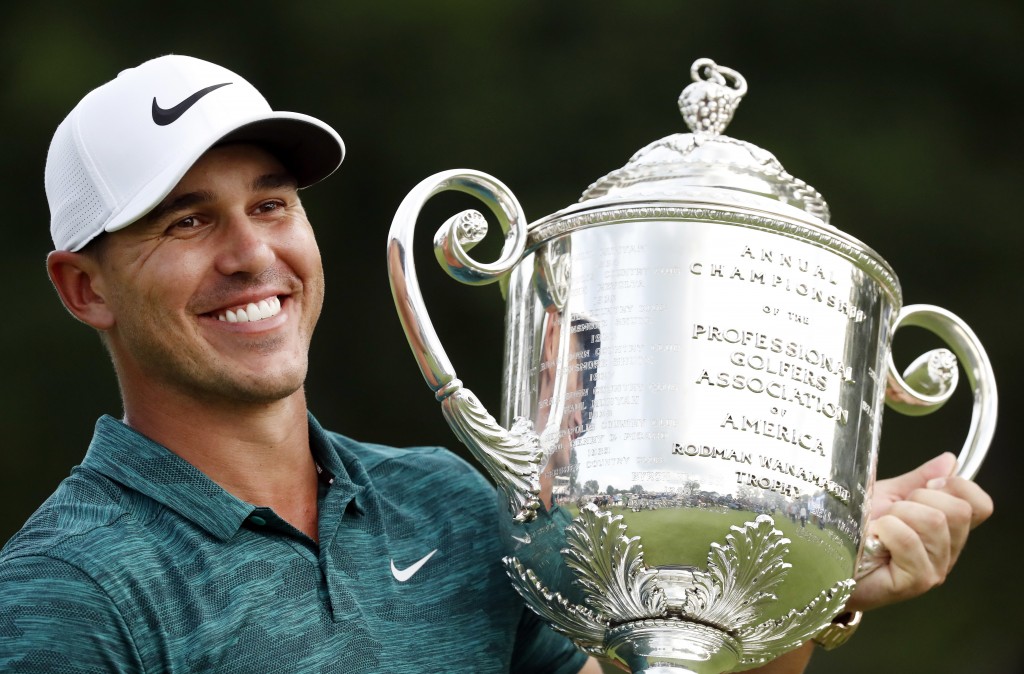 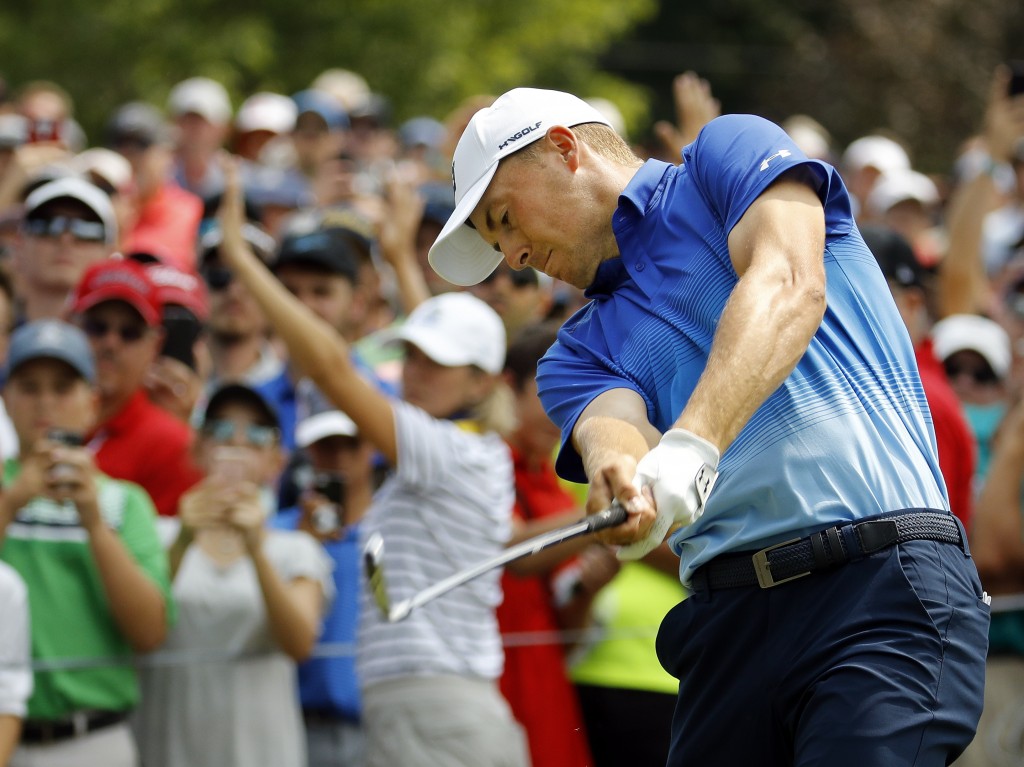 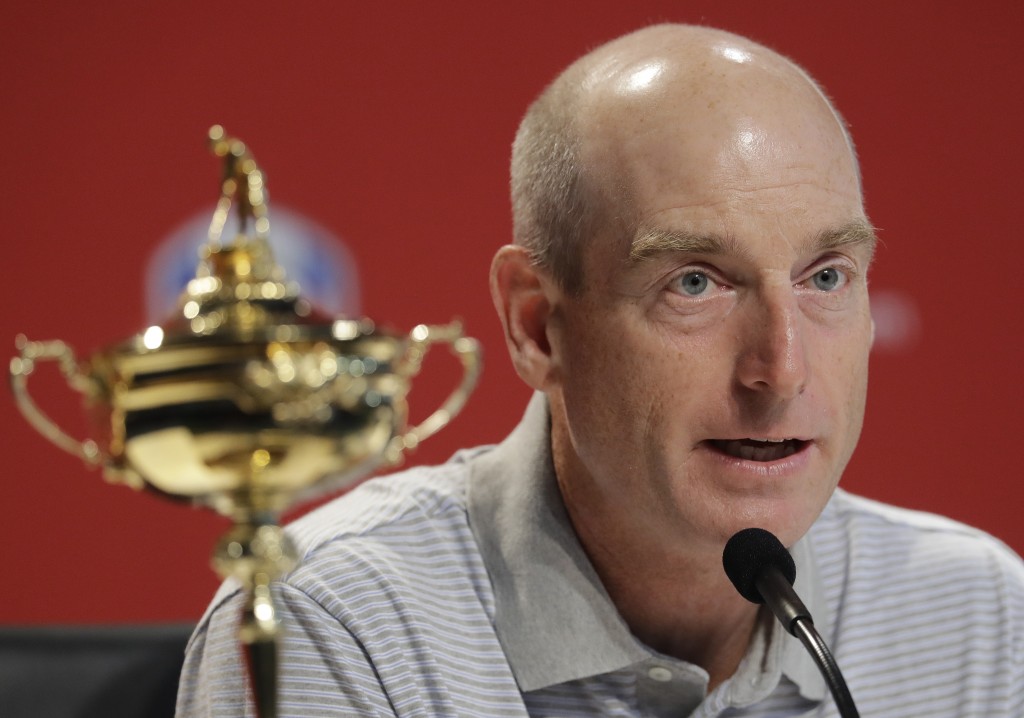 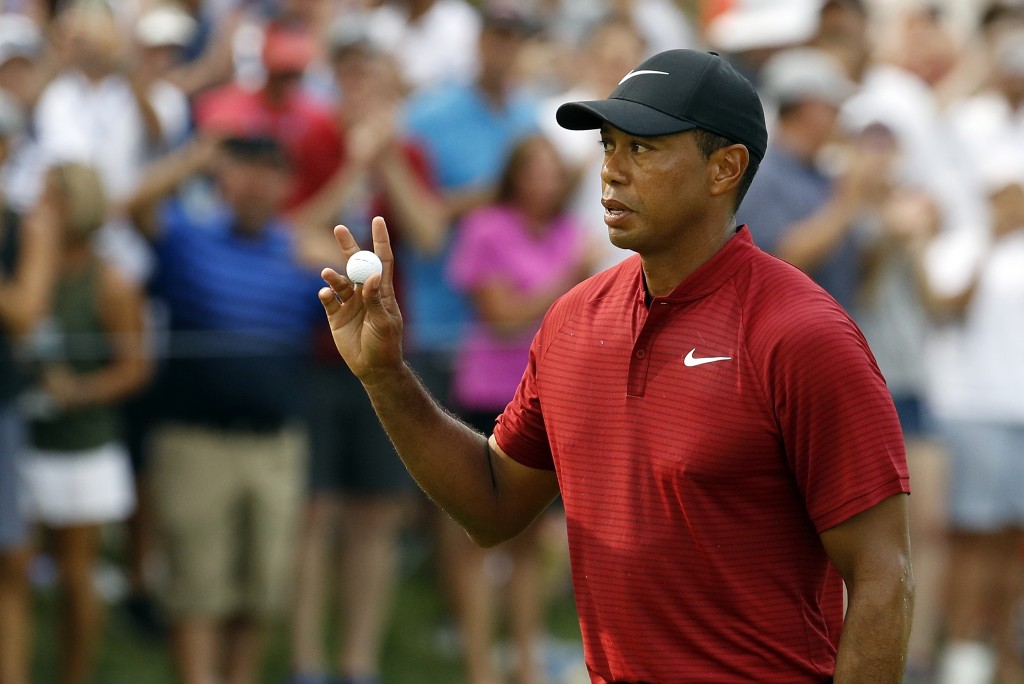 Not even Brooks Koepka can explain why he plays some of his best golf at the biggest events. The PGA Championship not only was his third major, he won two of the three majors he played this year and three of the last six.

And it goes deeper than that.

"More attention to detail, more mentally focused, more ... every shot really, really means something, " he said about his major performances. "Everyone on my team says I act a little different, the way I approach it. It's very down to a routine this week, and other weeks ... not saying I vary from the routine, but it's much more disciplined."

One oddity about his record is the low number of other victories, though it's not as skewed as it seems considering his background.

On the PGA Tour, Koepka now has four victories — the Phoenix Open and three majors.

Koepka began his career on the Challenge Tour, winning three times in 2013 to earn a European Tour card. He also won the Turkish Airlines Open on the European Tour, and he has back-to-back titles in the Dunlop Phoenix on the Japan Golf Tour. He won last year by nine shots over Xander Schauffele.

Larry Nelson's third major was his eighth PGA Tour title. Nelson had the fewest victories of those with at least three majors (since World War II) until Koepka.

SERGIO'S SWOON: One year after his Masters victory, Sergio Garcia was the only player to miss the cut in all four majors.

It wasn't just the majors.

The PGA Championship was the seventh time that Garcia missed a cut this year, the most of a career that began in 1999. But it was one shot from looking very different. Bellerive also was the fourth time this year the Spaniard missed the cut by one shot.

He now goes to the Wyndham Championship this week at No. 131 in the FedEx Cup, needing to at least make the cut — and then do more — to finish among the top 125 and qualifying for the playoffs. He has never missed them since the FedEx Cup began in 2007.

And to think Garcia began the season with a victory in the Singapore Open.

Also in jeopardy is a spot on the Ryder Cup team for Europe. He likely would have to win the Wyndham Championship to move into the four spots from the world ranking points that qualify for the team. He is too far behind on the European Tour points list, which is based on money. Garcia has played on every Ryder Cup team since 1999 except 2010, when he served as a vice captain.

Tiger Woods will either be a vice captain or a player at the Ryder Cup, but not both.

At least in name.

U.S. captain Jim Furyk already had picked Woods and Steve Stricker as his vice captains in late February. Since then, Wood has moved up to No. 11 in the standings and appears certain to be a pick. Woods has said he would like to do both, though Furyk said if Woods is a captain's pick, then he will take another vice captain.

"I want to make sure I have five vice captains there," Furyk said. "That's what we're allowed, and I see a lot of value in having all five there."

Then again, Furyk says Woods plays a big role no matter what his position.

"Tiger's been a vice captain in the team room as a player. He serves that role in either direction," Furyk said. "His value ... he's priceless, to be honest with you."

The British Open gets the distinction of being the only major this year where a significant scoring record was not set or tied.

Koepka and Charl Schwartzel tied the PGA Championship record with 63. Fourteen players had shot 63 previously in the PGA. Also, Tony Finau tied Gary Player's record in the PGA by making 10 birdies in one round. And if that wasn't enough, Ben Kern shot 277 to set the PGA record for club pros.

At the Masters, Spieth tied the record for lowest final round with a 64. Gary Player also shot 64 in 1978 when he rallied to win. Spieth finished third. It's also worth noting that the final round at the Masters set a record for most rounds at par or better (42), most subpar rounds (34) and most rounds in the 60s (19).

And at the U.S. Open, Tommy Fleetwood tied the 18-hole record with a 63. It was only the sixth such score at the U.S. Open, and second in two years. Justin Thomas had a 63 at Erin Hills last year, which played as a par 72.

Jordan Spieth is 0 for 2 in his bid to complete the career Grand Slam. He's also 0 for 26 in his last PGA Tour starts, dating to his British Open victory last summer at Royal Birkdale.

Spieth keeps thinking his best stuff is around the corner. He closed with a 66, despite a double bogey on the par-3 sixth hole with a tee shot in the water. He also had a triple bogey on Saturday in his round of 69, and he opened the PGA Championship with a double bogey.

"Minus a couple of tee shots, I had a chance to win this thing with what felt like not my A-game," Spieth said. "The putting was phenomenal. And the rest of the game is moving in the right direction. So it's good to have a test like this."

Spieth is No. 40 in the FedEx Cup and should be in reasonable shape for the first three playoff events. He still has work to do to earn a spot in the Tour Championship.

"I've got a week off now to nail it in and feel like I step into the playoffs with my game in the best shape it's been this entire year," Spieth said.

Rickie Fowler and Marc Leishman are the only players to have made the cut in all four majors each of the last two seasons. ... The 266 by Tiger Woods at Bellerive would have won or forced a playoff in all but three PGA Championships since it switched to stroke play in 1958. ... Tony Finau got into the record book at two majors this year for his birdies. His six straight birdies in the fourth round was second behind only Woods and Steve Pate (seven), and his 10 birdies at the PGA Championship tied the record for most in a round held by Gary Player. ... Kenny Perry, 58, is the only PGA Tour Champions player averaging more than 300 yards off the tee (301.1). ... Brooks Koepka now has won two majors with scoring records. He tied Rory McIlroy for most under par (16 under) at the 2017 U.S. Open at Erin Hills, and he set the PGA Championship record (264) at Bellerive. ... Ryder Cup captain Jim Furyk says he will call every player under consideration for a captain's pick to let them know his decision. Furyk never received a call from Fred Couples when he was left off the 2013 Presidents Cup team, ending his appearance on 15 straight teams.

Ben Kern set the PGA Championship record for club pros with a 277 to tie for 42nd at Bellerive. The previous record was 279 by Jimmy Wright, who finished fourth in the 1969 PGA Championship at NCR Country Club, three shots behind Raymond Floyd.

"There's only one thing that would surprise me about Tiger's game, and that's if all of a sudden he becomes a great driver of the golf ball." — Hank Haney on his SiriusXM PGA Tour Radio show.