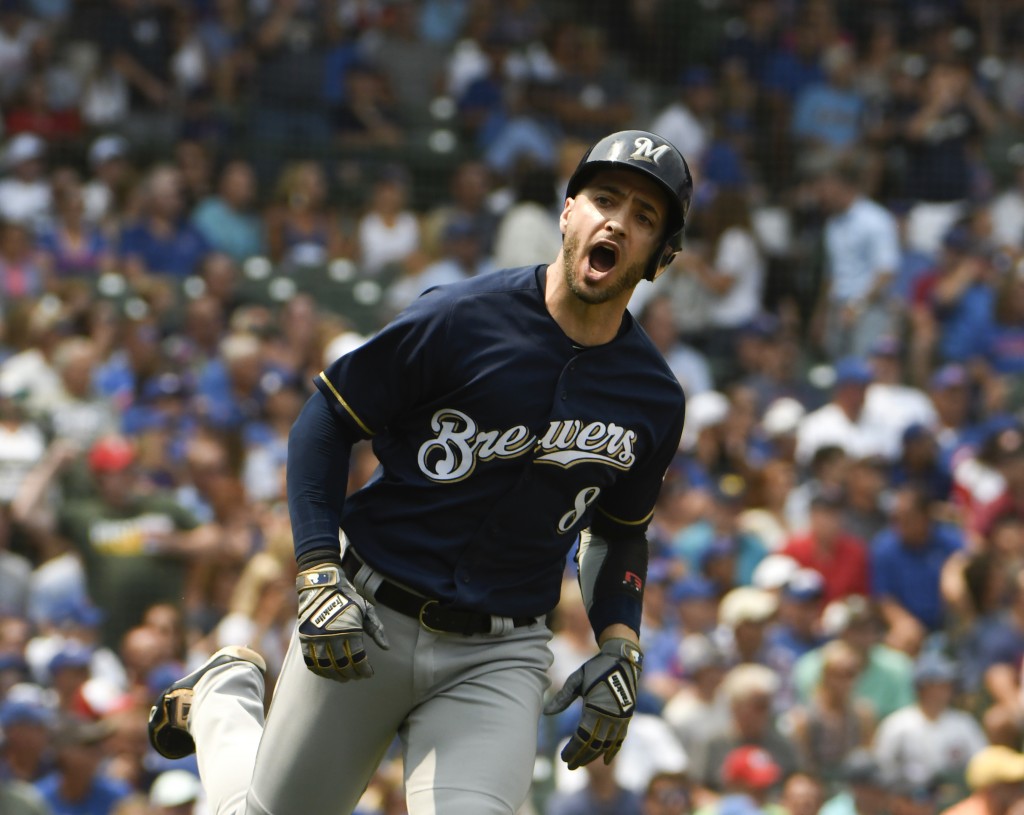 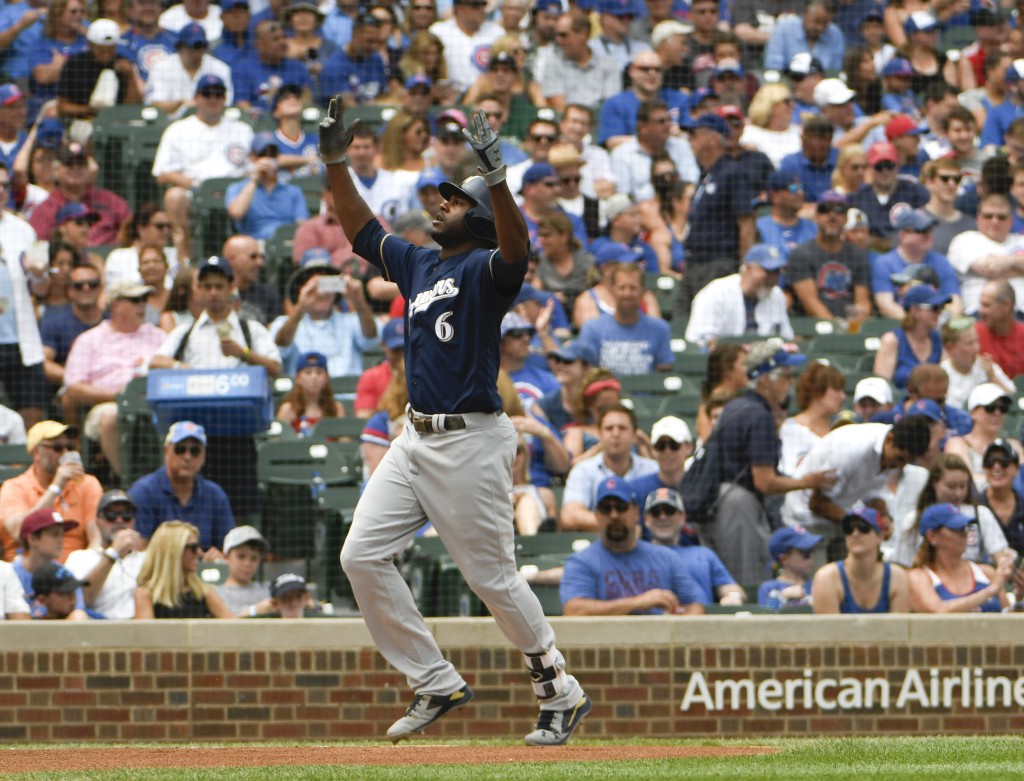 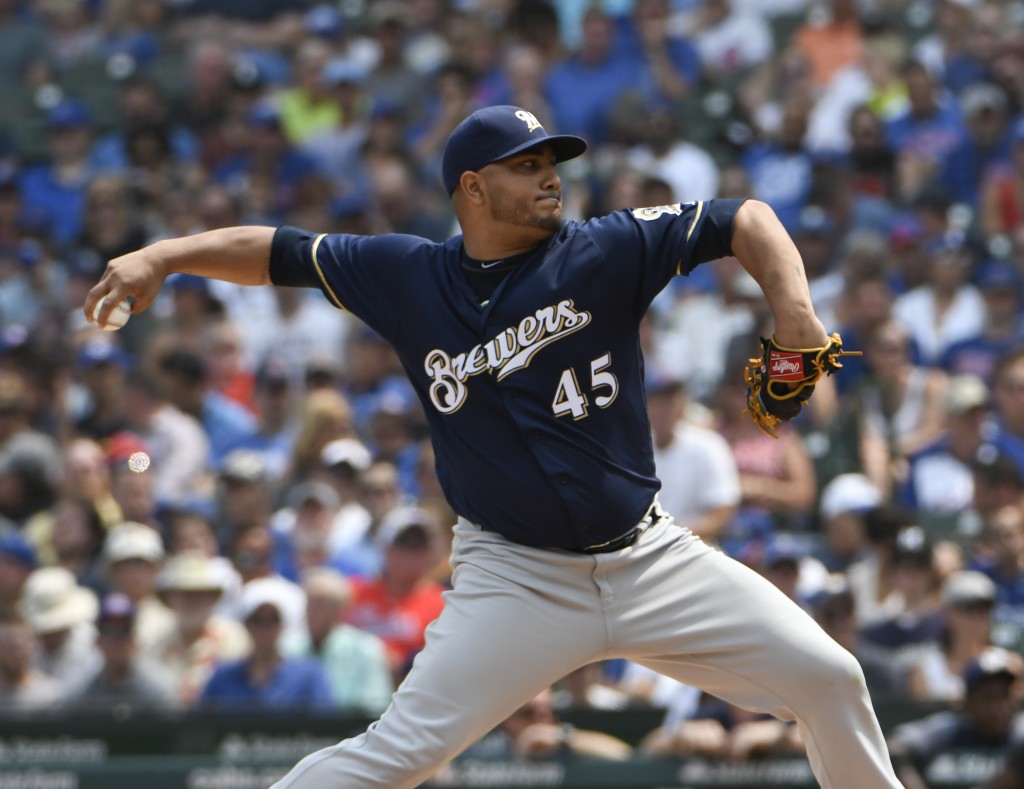 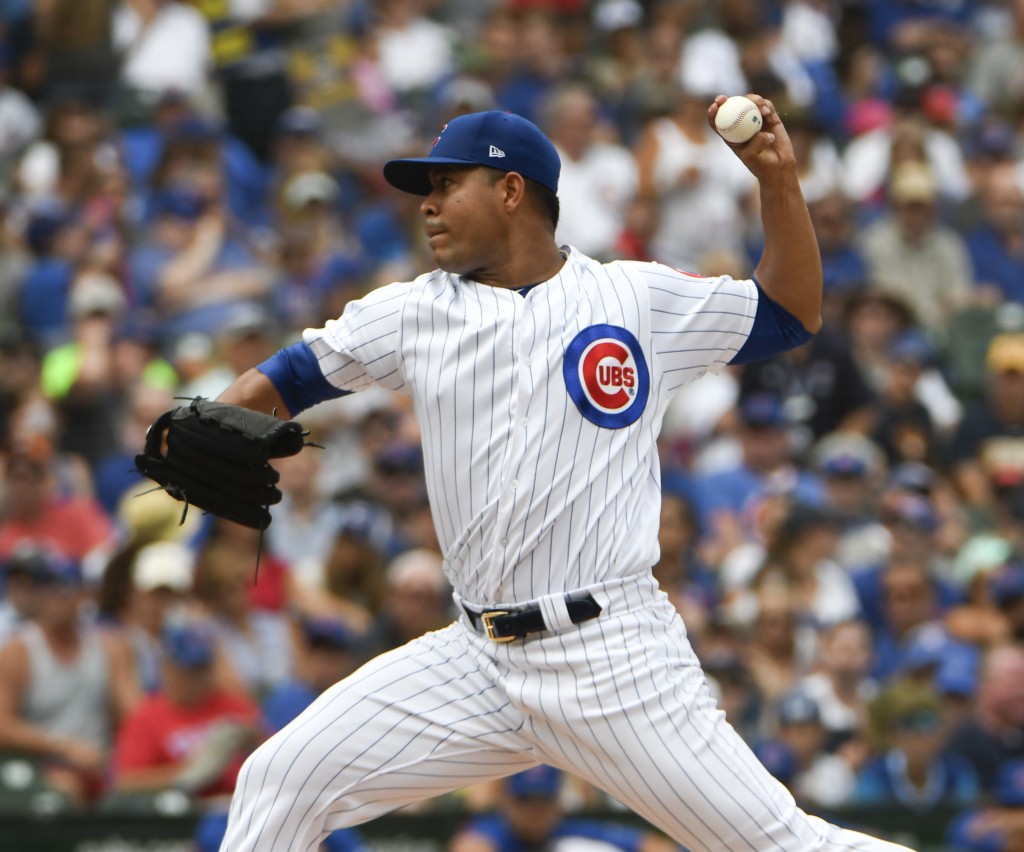 CHICAGO (AP) — Ryan Braun hit two of Milwaukee's four homers, Jhoulys Chacin struck out 10 in seven innings and the Brewers cut into Chicago's NL Central lead with a 7-0 victory over the Cubs on Tuesday.

Lorenzo Cain homered on Jose Quintana's second pitch. Braun hit a two-run drive in the first and third. Erik Kratz added a solo homer in the sixth and an RBI double in the eighth.

Chacin (12-4) allowed three hits and walked two. The right-hander is 6-1 in his past eight outings.

The Brewers pulled within two games of the Cubs after dropping eight of 11 against them. Milwaukee will try for a two-game sweep on Wednesday.

Quintana (10-9) got tagged for five runs and six hits in five innings after dominating the Brewers over seven previous starts.

Manager Joe Maddon got ejected for the second time in four games when plate umpire Phil Cuzzi called Ben Zobrist out on strikes in the sixth. Zobrist was also tossed by Cuzzi as the Brewers were getting ready to bat in the ninth.

Quintana came in with a 0.92 career ERA against the Brewers. He held them without a run in two of their first three meetings this season.

But Milwaukee needed just nine pitches to grab a 3-0 lead.

Cain hit his third career leadoff homer and second this season. Braun followed Jesus Aguilar's one-out single with a drive to left-center, and he hit a long one to left for his 35th career homer against the Cubs after Aguilar led off with a walk. A fan in the back row of the bleachers caught the ball, preventing it from going to the street.

Brewers: LHP Zach Davies (inflamed right rotator cuff, tight lower back) is back with the Brewers after a rehab outing for Double-A Biloxi on Saturday. He was to throw a side session before making a start for Triple-A Colorado Springs on Thursday. Davies is 2-5 with a 5.23 ERA in eight starts after winning 17 games last season. ... RHP Taylor Williams (sore right elbow) was reinstated from the disabled list. ... RHP Matt Albers (strained left hamstring) was scheduled to pitch Tuesday on a rehab assignment for Biloxi.

Cubs: RHP Yu Darvish (triceps and elbow injuries) is expected to go on a minor league rehab assignment, assuming he experiences no setbacks after pitching a simulated game on Tuesday. President of baseball operations Theo Epstein said Darvish is "just about ready for the next step."... Manager Joe Maddon said Brandon Morrow (right biceps inflammation) is getting better after being sidelined the past month, but he didn't have a timeline on his return. "It sounds like it's moving in the right direction," he said.