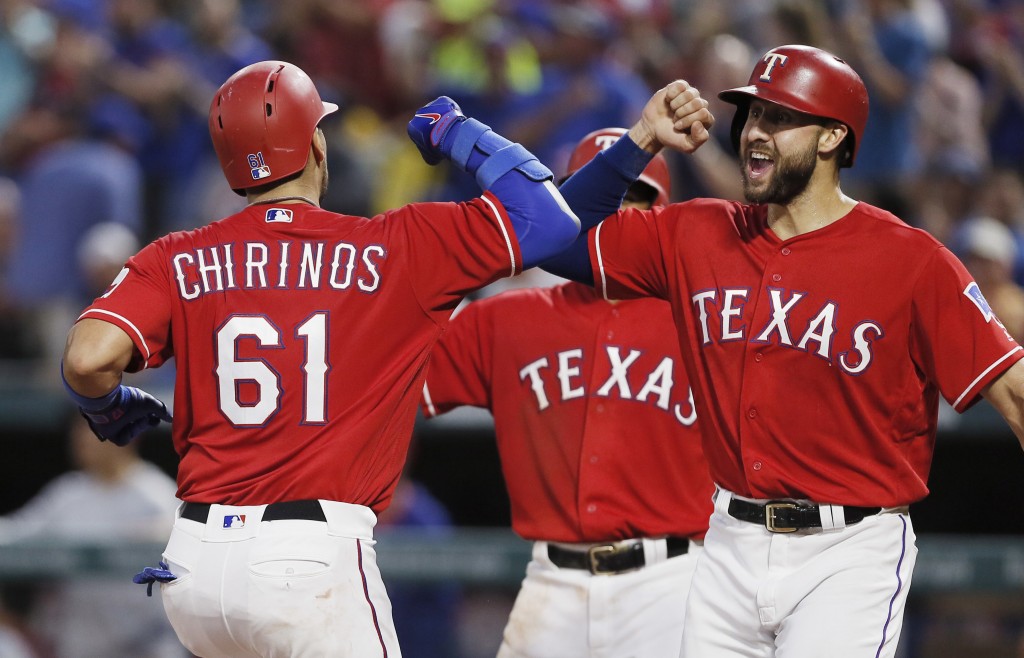 Understanding the skill sets of players and how it impacts their range of outcomes is an important factor in deciding how they may be best suited for various game formats.

In head-to-head formats or contests that reward a higher percentage of the players playing the game, roster selection should focus more on consistent players.

In tournaments, where the top finishers are disproportionately rewarded, you want players with a wider range of outcomes.

A player like Cleveland outfielder Michael Brantley who has a low strikeout rate, a solid walk rate, and modest power while hitting at the top of the lineup to guarantee more opportunities fits the profile of a consistent performer.

On the flip side, Joey Gallo of the Rangers has struck out in 35.2 percent of plate appearances this year and racked up 31 singles and 31 home runs. Gallo often hits lower in the order which makes his lineup appearances more dependent on players around him doing well in order to generate more opportunities. Gallo's power brings immense upside but the returns are more inconsistent. This is the type of player that makes more sense utilizing in contests that reward a smaller percentage of the field.

Winning tournaments in daily fantasy requires more outlier performances. If you're swinging for the fences, make sure to fill your lineup with players who are doing the same.

Sandwiched between last week's PGA Championship and the upcoming FedEx Cup playoffs is this week's Wyndham Championship held at Sedgefield Country Club in Greensboro, North Carolina. Sedgefield plays as a 7,127-yard par 70 and last year was one of the 15 easiest courses on tour relative to par. With the winning score expected to again approach 20 under, fantasy players should expect plenty of birdies.

Whenever a high volume of birdies is expected, it is important for fantasy golfers to focus on getting all six players through the cut with a balanced roster rather than paying up for one of the most expensive players. Sedgefield had the sixth narrowest fairways on tour last year and those that find the fairways will have short approach shots. Because of the easier scoring environment, Wyndham leaderboards weigh strokes gained putting more than the typical tour event, with 38.5 percent of strokes gained via putting at this event. While strokes gained putting is difficult to predict week to week, players can't lose strokes putting this week.

Whenever there is a strong emphasis on making the cut, Steve Stricker enters the conversation. DailyRoto's finish probabilities give Stricker the fourth highest odds in the field with a 74 percent chance to make the cut at a price of just $8,300 on DraftKings. Over his previous 100 rounds, Stricker rates fourth in the field in total strokes gained and is inside the top 30 in strokes gained tee-to-green, strokes gained approach and strokes gained putting. Stricker has missed just one cut this year and is a safe bet to be making birdies over the weekend.

With Stricker as the best value to make the cut, fantasy golfers should chase upside with their other picks and Russell Henley is a strong value at $9,400. Henley is DailyRoto's fifth favorite golfer to win the event and offers better than 20 percent odds to finish inside of the top 10 this week. Henley has a balanced game and in a weak field he rates inside the top 35 in strokes gained off-the-tee, approach and putting. Henley has only played this event once over the previous 10 seasons, and hopefully that lack of course history will keep his ownership low for fantasy golf tournaments.

This column was provided to The Associated Press by DailyRoto, http://dailyroto.com