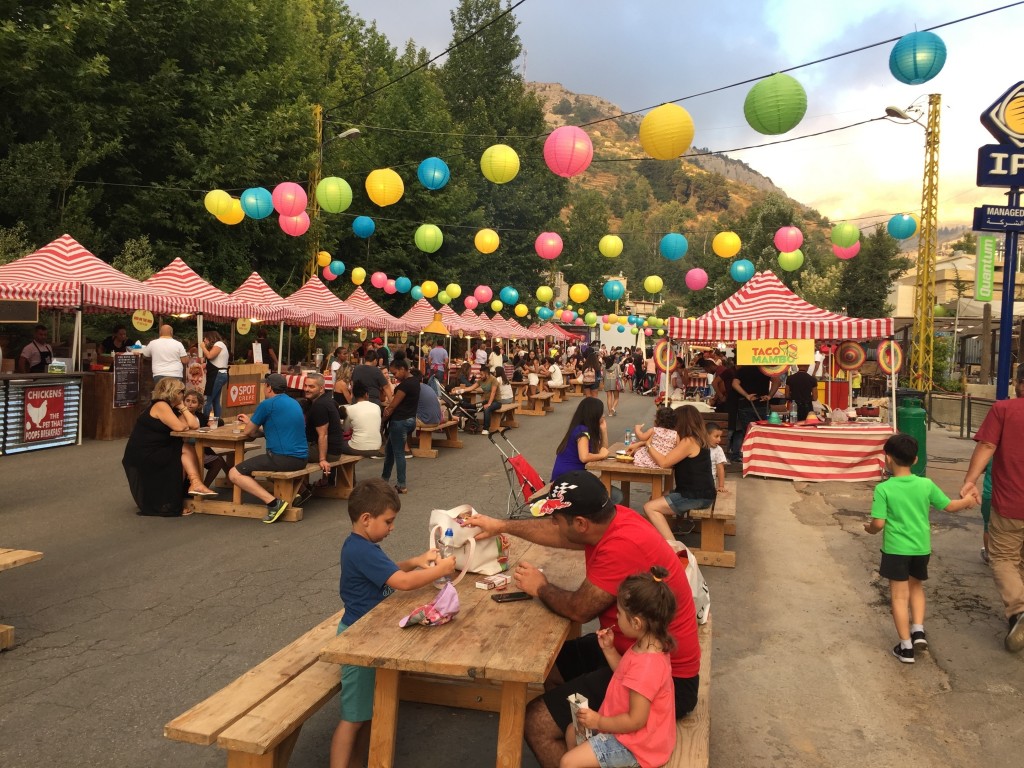 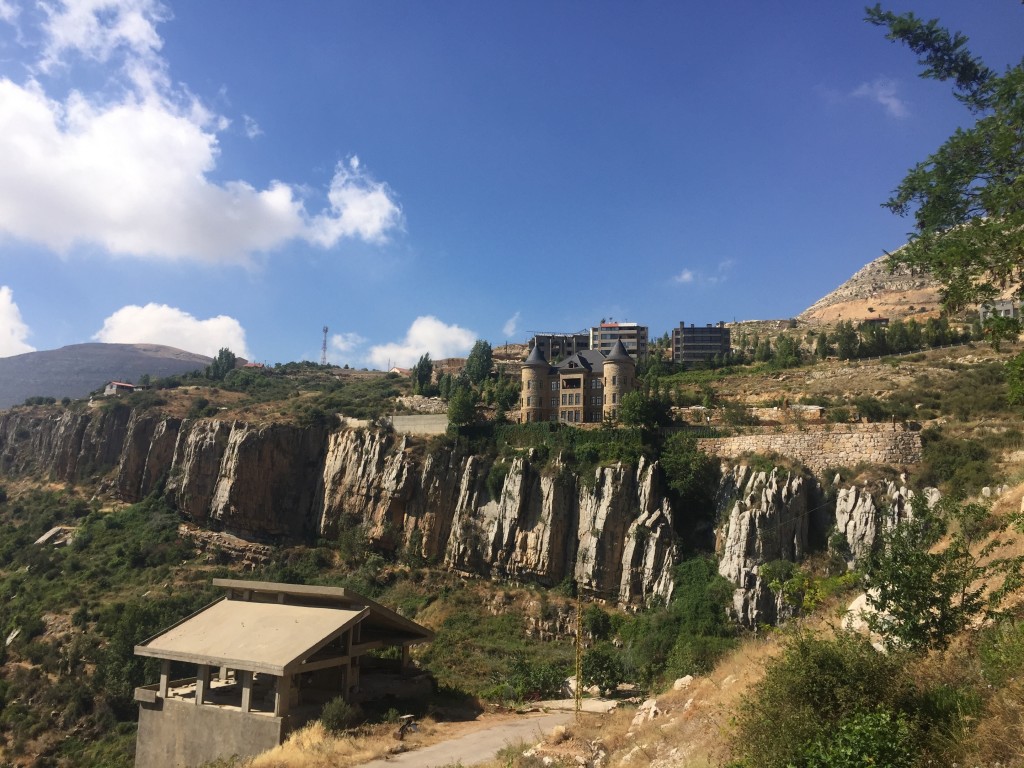 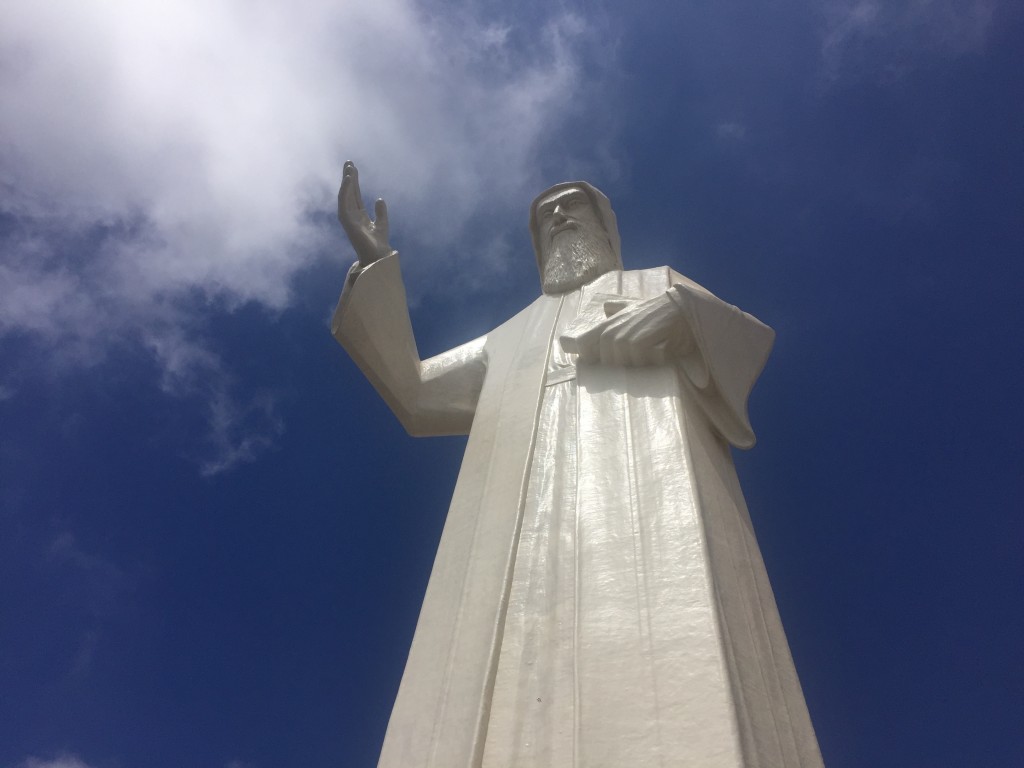 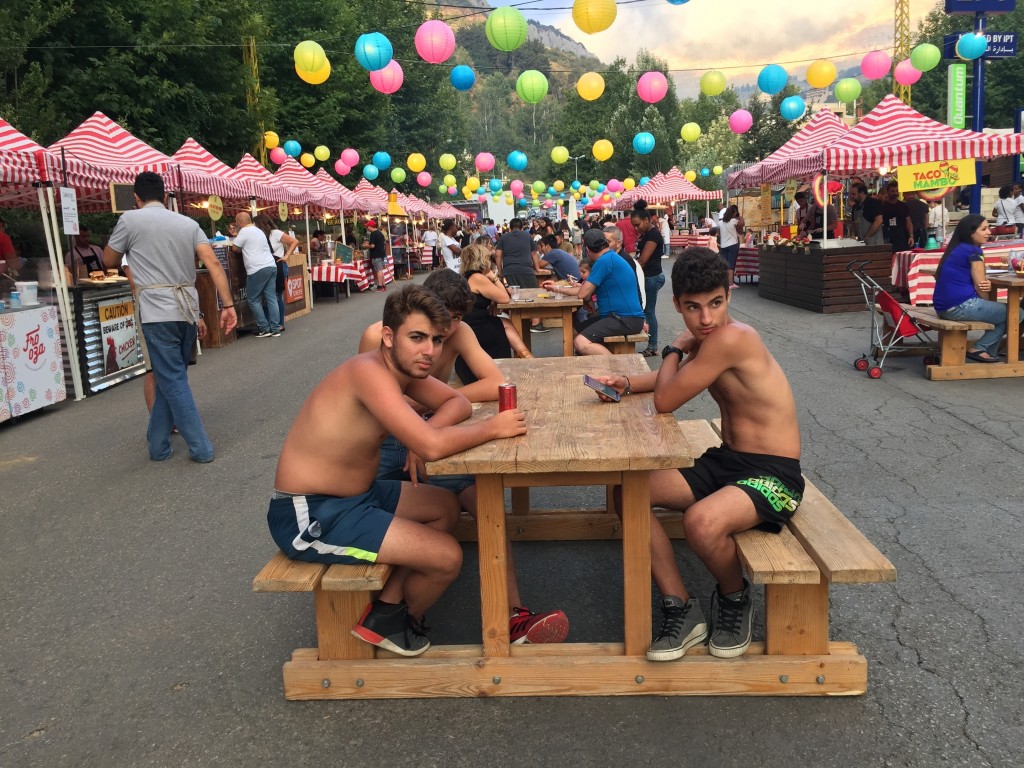 FARAYA, Lebanon (AP) — The passengers' chatter on the Beirut-bound flight was far from reassuring. Taxi drivers were striking. Traffic was going to be bad. Add the heat and suffocating humidity of a typical summer day and you're hit with a powerful urge to get out of town.

Whether during war or peace, Lebanon's high mountain ranges have long been a favorite refuge for Lebanese living in cities, towns and villages along the Mediterranean coastline.

"If anything happens here (in the mountains) now, then it's probably the end of the world," said 24-year-old old hotelier Elyse Salamah.

Just a short drive from Beirut, the mountains offer an escape from summer heat and, for those with deep pockets, a place to ski in winter.

Others make the trip in pursuit of culinary bliss: the perfect tabbouleh, the ultimate hummus or the divine pastry kunafeh.

The mountains saw some of the worst battles of Lebanon's 1975-1990 civil war. But they have also served as a safe haven from conflict, including the 2006 war between the Shiite Hezbollah group and Israel, when tens of thousands fled there to escape the month of fighting and bombardment.

My destination was Faraya, a ski resort high enough — 1,850 meters (6,000 feet) above sea level — to be sufficiently cool in July.

It took nearly an hour and a half to drive the 50-kilometer (30-mile) route, winding around sharp mountain curves. The moment I stepped out of the car at my destination — a small family-run hotel — I knew I made the right decision. The temperature was a pleasant 22 C (72 F), noticeably cooler than Beirut along with a just fraction of the capital's humidity.

But what does one do in a ski resort in summer?

Not an awful lot, to be honest. But you can hike on nature trails if you feel up to it. One trek takes you up to an imposing, 23-meter (75-foot) statue of St. Charbel, a 19th-century saint revered by Lebanon's Maronite Christians. A hooded monk, he raises a hand in blessing over the landscape of mountains, barren in the summer, snow-covered in winter.

Or you can drive around the surrounding hills in a quad (all-terrain vehicle) or just swim and sunbathe at any of the many small pools in the village, which charge a fee for a day's use.

But if you are a big city boy like myself — my hometown, Cairo, is a city of 20 million with the unflattering distinction of being among the world's most polluted cities — then a short break in Faraya offers a rare opportunity to kick back, relax and savor Lebanese food.

Like most other mountain villages, almost all hotels and restaurants in Faraya are family run, so staying there has a personal feel. From where I sat in my hotel's dining room, I could hear the chef, Mahmoud Mohammed, in the kitchen cooking, chopping the onions and parsley for my tabbouleh. And at every meal, he came out to discuss the food with me.

"The vegetables you just ate I picked from our kitchen garden today," the chef boasted one evening after serving a light dinner of tabbouleh and hummus. "I spent years spying on experienced chefs while they cooked. I have my own secrets now and I make sure that no one is watching when I cook."

Or, take the woman running the local supermarket. When I asked her, "Are these strawberries grown in Lebanon?" she clearly thought it was a silly question. "Yes, they come from my back garden," she declared.

Go to a restaurant in the center of the village and you can be sure you'll find three generations of family involved in running it — usually the grandfather cooking, the daughter or son waiting tables and the grandchildren glued to smart phones between running errands.

One thing visitors must remember when in Faraya, which is on the Matn mountains range, that this is not the Swiss or French Alps with tourist-poster landscapes. In the summer, the mountains around Faraya are dry and treeless.

And all through Lebanon's mountains, there are the infrastructure woes that plague the country.

But don't focus too much on the litter on roadsides or in some of the mountain streams. Don't complain too much about the quality of the running water in your hotel room (drink only bottled water). The country's economic problems also mean the mountains are dotted with half-finished structures meant to be hotels or holiday apartments.

Electricity? Make sure that your hotel has its own power generator. The alternative would be maddeningly frequent power cuts.

Instead, enjoy the hospitality offered by locals, and of course, the wonderful food.