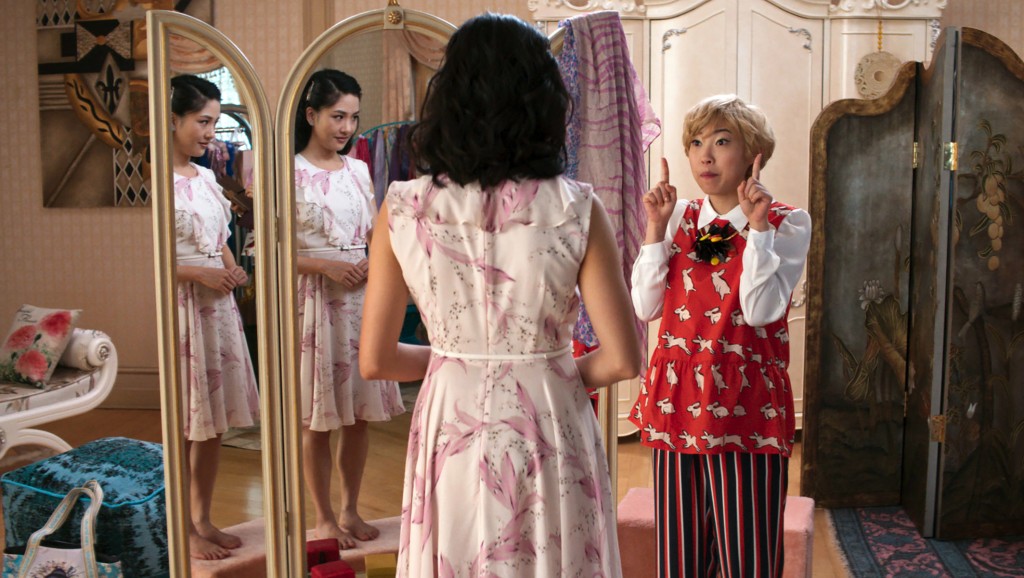 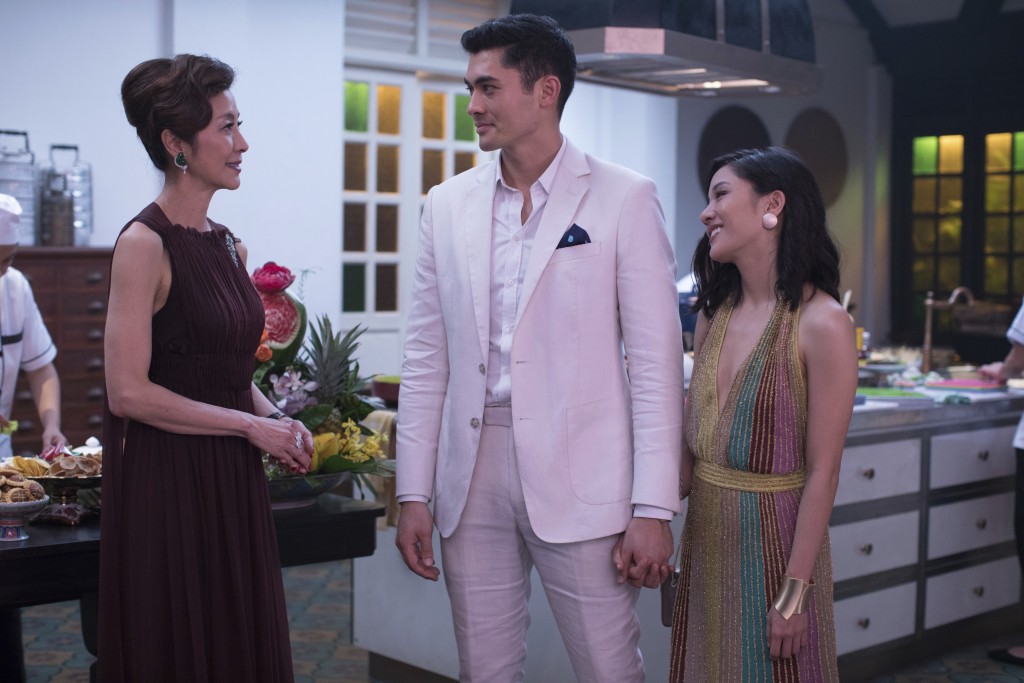 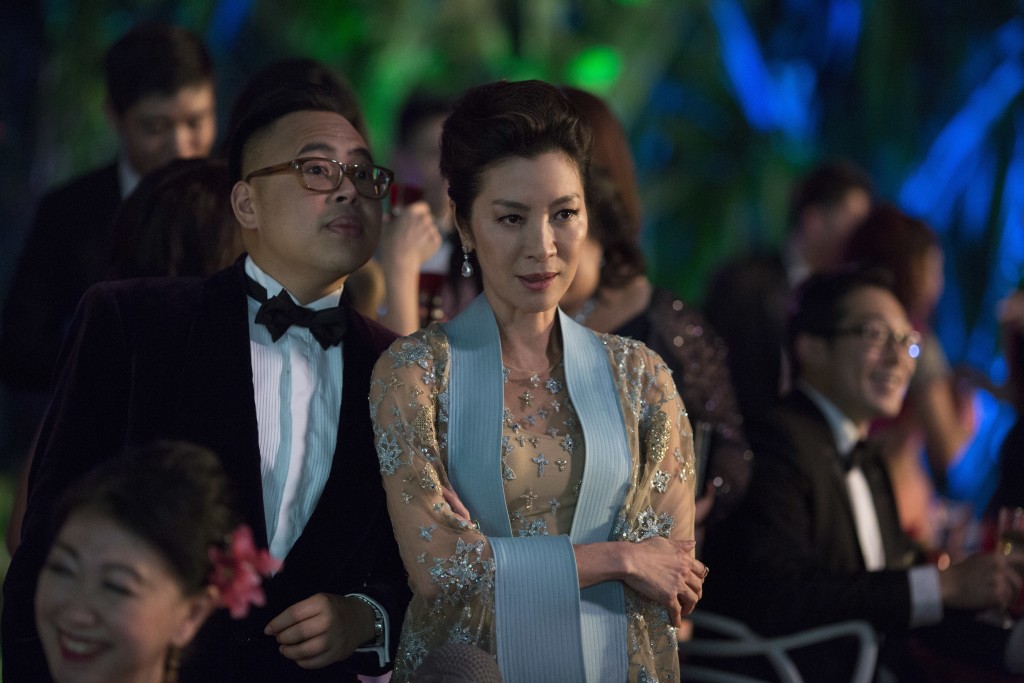 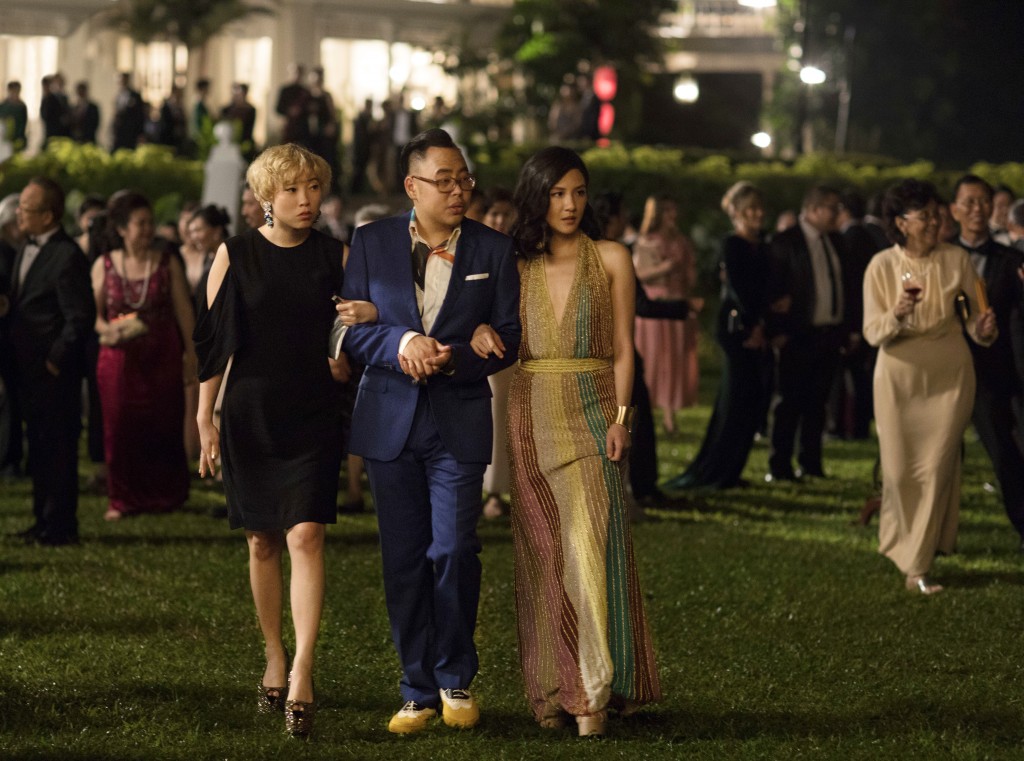 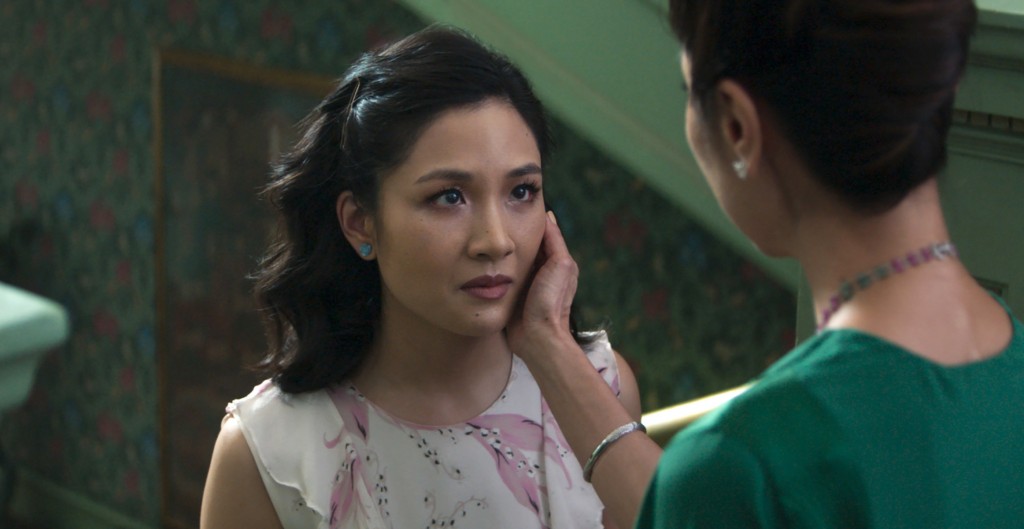 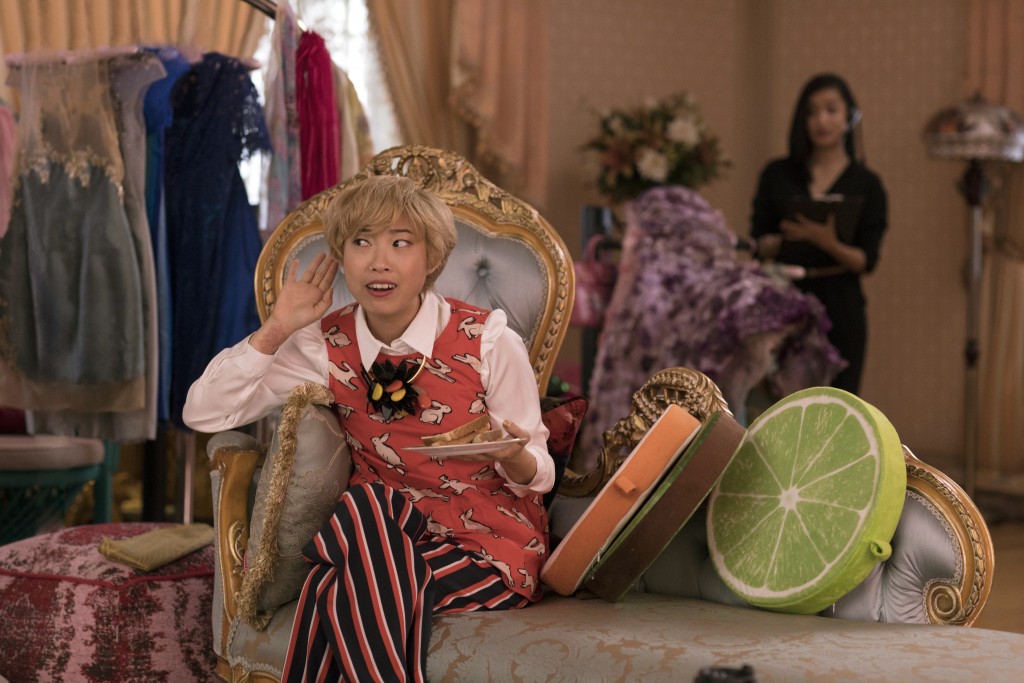 There are two glittering parades running in tandem through Jon M. Chu's "Crazy Rich Asians," a glitzy and delightful adaptation of Kevin Kwan's 2013 bestseller. One is the blinged-out, designer-label, crazy-rich opulence often characteristic of rom-coms yet extreme enough here to make even Carrie Bradshaw or Christian Grey blush. The other, and far more arresting pageant, is of the film's Asian cast of various nationalities who, one after another, shame Hollywood's regular disinterest in them by being so effortlessly dazzling.

The result is a totally winning confection: a frothy fairy tale, trivial and weighty at once, that simultaneously uses tried-and-true romantic comedy convention while riotously bursting free of movie-business formula. "Crazy Rich Asians" has much of the same DNA as a host of princess tales like "Cinderella," but it is a radical departure, too.

Chu's film is the first contemporary-set studio film centered on an all-Asian and Asian-American cast in 25 years, following Wayne Wang's 1993 adaptation of Amy Tan's "The Joy Luck Club." Further, studies have shown that less than 5 percent of the most popular movies in North America last year even featured a speaking character of Asian descent. Movies like this, to everyone's loss, almost never come along.

"Crazy Rich Asians" would still be an important film even if it understandably sagged with such history on its shoulders. And it's not perfect. Like rom-coms before it, it has a blatantly superficial side, so drowning in the accoutrements of high-society Singapore that it conflates materialism with matrimony. (There is a wedding set in a church transformed into a lily pond and a bachelor party on a cargo ship anchored in international waters.) And some could reasonably quibble that Chu's film has blind spots of its own, omitting South and Southeastern Asians for a tale entirely focused on Chinese and Chinese-American characters.

But it's not for "Crazy Rich Asians" to single-handedly make up for all the studio movies that have been missing for the last 25 years. And thanks largely to its energetic ensemble, led by Constance Wu and Henry Golding, Chu's film is a charming romp, full of heart and heartening breakout stars.

Wu plays Rachel Chu, an economics professor at New York University whose Singapore-born businessman boyfriend Nick Young (Golding) suggests a trip to the Far East. "Like Queens?" she replies over dinner in Manhattan. But his proposal is that they fly back to Singapore for his best friend's wedding and to meet his family. It's only as they are boarding the airplane and are led to an entire bedroom suite that Rachel realizes her long-term boyfriend is filthy, stinking rich.

"We're comfortable," he says, a phrasing Rachel immediately recognizes as "exactly what a super-rich person would say." Once they arrive in Singapore, it gradually dawns on Rachel that she's on the cusp of marrying into one of Asia's wealthiest real-estate empires. Young is the princely heir of the family business, which he has temporarily fled but is still expected to soon takeover.

For Rachel, it's like stepping into a fantasy and a nightmare. She has unwittingly landed one of Asia's most sought-after bachelors, drawing the jealous, ever-watchful eyes of all around her, along with the piercing glare of Nick's mother, the fiercely Old-World matriarch Eleanor (Michelle Yeoh). In their palatial estate, Rachel — a self-made woman raised by a working-class single-parent — feels acutely like an unworthy outsider. Eleanor sneers at her "American" aspirations of "happiness" and following her "passion," a collision with her stout beliefs of spousal sacrifice.

That "Crazy Rich Asians" is a rom-com where the mothers are its most vital co-stars is one of the movie's best attributes. Though some of the satirical edges of Kwan's book have been smoothed down, it remains a love story more about immigrant identity and Chinese heritage than romance. Its climactic moments are found not in a wedding aisle or in some impossibly lavish setting, but over a mahjong table and on an airplane, in coach.

But what most makes "Crazy Rich Asians" such a pleasure is its spectacular ensemble of performers so often unseen on American movie screens. There is Wu, the "Fresh Off the Boat" star, who glides with grace and comic timing through the film; the British-Malaysian newcomer Golding, who already has the sheen of a leading man for years to come; the scene-stealing Awkwafina, as Rachel's college pal; the wry Nico Santos, as Nick's cousin; Jimmy O. Yang, of "Silicon Valley" as a loose cannon relative; and the reliably hysterical (and a little underused here) Ken Jeong as Awkwafina's father.

Some are already well known, some are totally new, but they collectively make an overwhelming impression: Hollywood, this is what you've been missing.

"Crazy Rich Asians," a Warner Bros. release, is rated PG-13 by the Motion Picture Association of America for some suggestive content and language. Running time: 121 minutes. Three stars out of four.