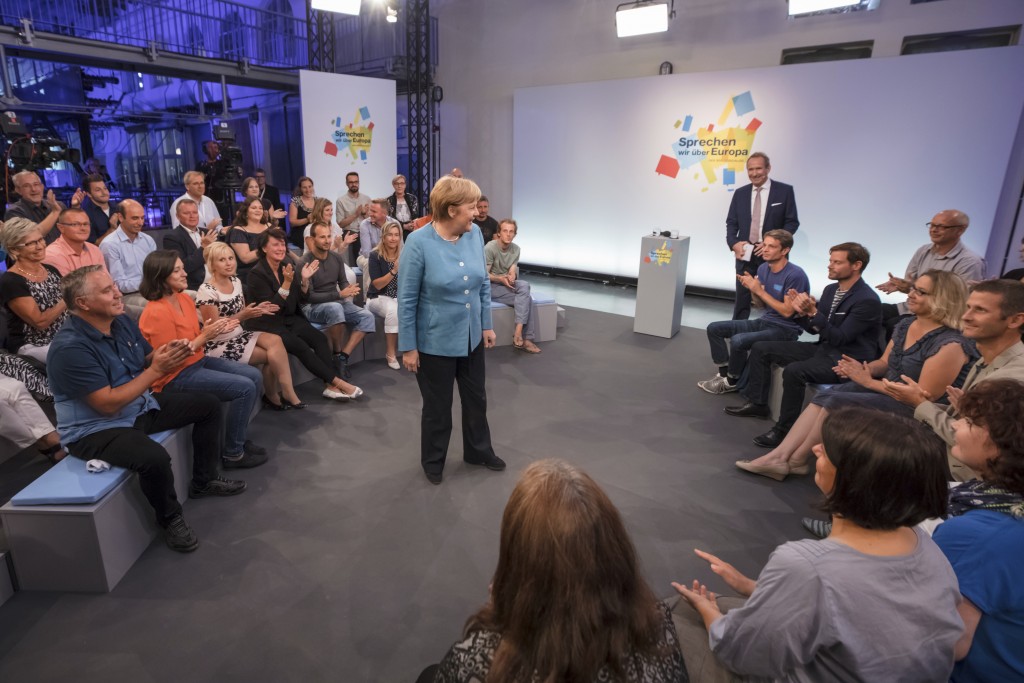 German Chancellor Angela Merkel says she hopes to avoid a disorderly British departure from the European Union but there's a lot of work to be done in the coming months.

Britain is set to leave the EU in late March. British officials recently have talked up the risks of the country departing without a withdrawal deal, calling for more flexibility from the bloc.

Merkel said in the eastern German city of Jena Tuesday: "hopefully there won't be a disorderly Brexit, but a sensible negotiated solution."

She said it's clear that Britain's departure will have "negative consequences, including for German companies." But she added that a country leaving and keeping all the benefits of membership without following EU rules "also wouldn't be a good advertisement for the European Union."

British Foreign Secretary Jeremy Hunt says "we need a change in approach by the European Commission if we are going to have a pragmatic deal that works for everyone" as talks about Britain leaving the European Union have stalled.

The talks are stuck amid feuding about how close an economic relationship Britain should seek with the bloc after Brexit, with a growing fear risk no deal will be struck before Britain leaves in March.

Hunt said Tuesday his government has "put some serious proposals on the table," adding "I know that they are considering these proposals and we very much hope that we can make progress."

He spoke after meeting with his Finnish counterpart as he started a three-day tour to Finland, Latvia, Denmark and the Netherlands to discuss Britain's withdrawal.