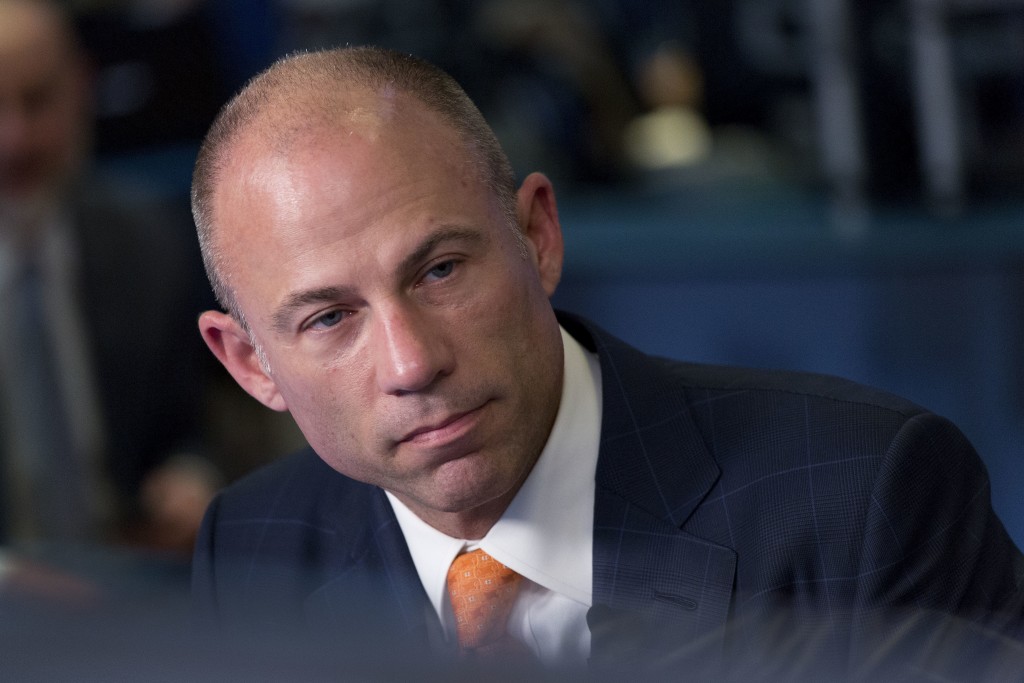 WASHINGTON (AP) — Michael Avenatti, the attorney taking on President Donald Trump on behalf of adult film star Stormy Daniels, offered some details on his policy views Tuesday as he weighs an outsider Democratic bid for the White House.

Fresh off a visit to early-voting Iowa, Avenatti said he would release more information over time, but said "people want to know how I stand on the issues at 20,000 feet."

In a new policy document, Avenatti said he supports a "basic Medicare plan for all Americans," with an option to purchase additional coverage, and backed a path to citizenship for the young immigrants known as "Dreamers." He also wants to see a national paid family leave program.

Marijuana should be decriminalized at the federal level, so-called assault weapons should be banned and the United States should re-join the Paris climate accord, according to Avenatti.

Those positions generally align Avenatti with the left flank of potential 2020 Democratic presidential prospects, but he is more moderate on some of the issues. While other Democrats — including Senators Kristen Gillibrand and Kamala Harris — have called for outright abolition of the federal government's chief immigration enforcement agency, Avenatti said: "We should not eliminate ICE but we must change the way ICE carries out enforcement."

Avenatti is a self-styled provocateur who has gained national attention for representing Daniels in her lawsuit against Trump following an alleged 2006 affair, which the president denies. For months, he's been a fixture on cable news shows, taunting Trump in interviews and baiting him and his lawyers in tweets. Avenatti also has a blistering Twitter feed and a knack for a catchy slogan.

He pledged that should he run, he will not take corporate PAC money — putting him in line with a number of potential 2020 prospects.

Avenatti is more general on some issues in the brief outline, saying he wants an economic plan that "delivers good quality jobs" and that college must be "more affordable for all Americans." He promised a detailed infrastructure plan called the "Real Deal."

On trade, he said America must "be aggressive in dealing with countries that have gamed the system - but smart about how we fight back to avoid inflicting unnecessary harm on American workers and farmers." And on international relations, he said the United States must "negotiate denuclearization agreements with North Korea and Iran."

Avenatti said he is studying the issues, consulting experts and will be releasing more information, including a "detailed economic infrastructure plan in the coming weeks."

The document also serves as a statement of principle for the attorney who has never run for office. It stresses his support for all Americans "regardless of race, ethnicity, gender, sexual orientation or identity." He fully backs unions and said teachers need more financial support, according to the document.