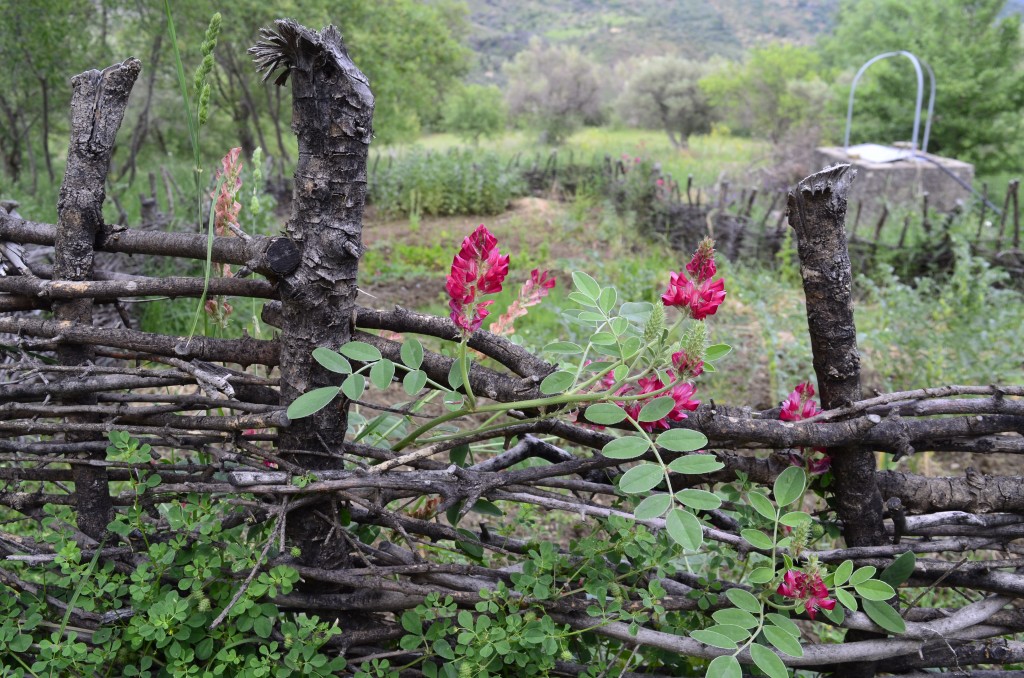 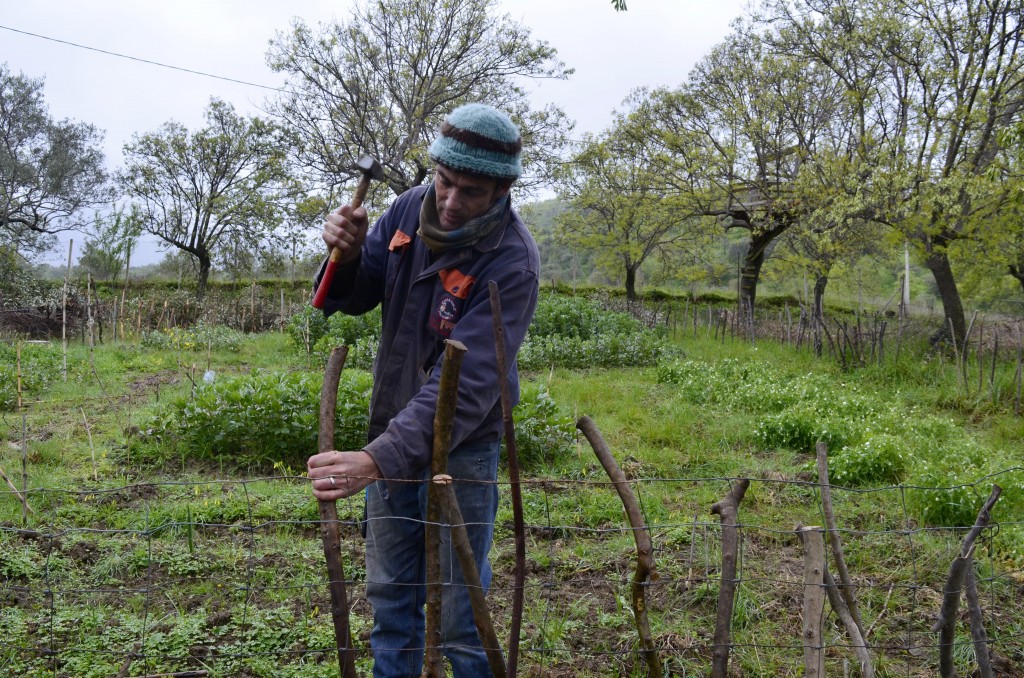 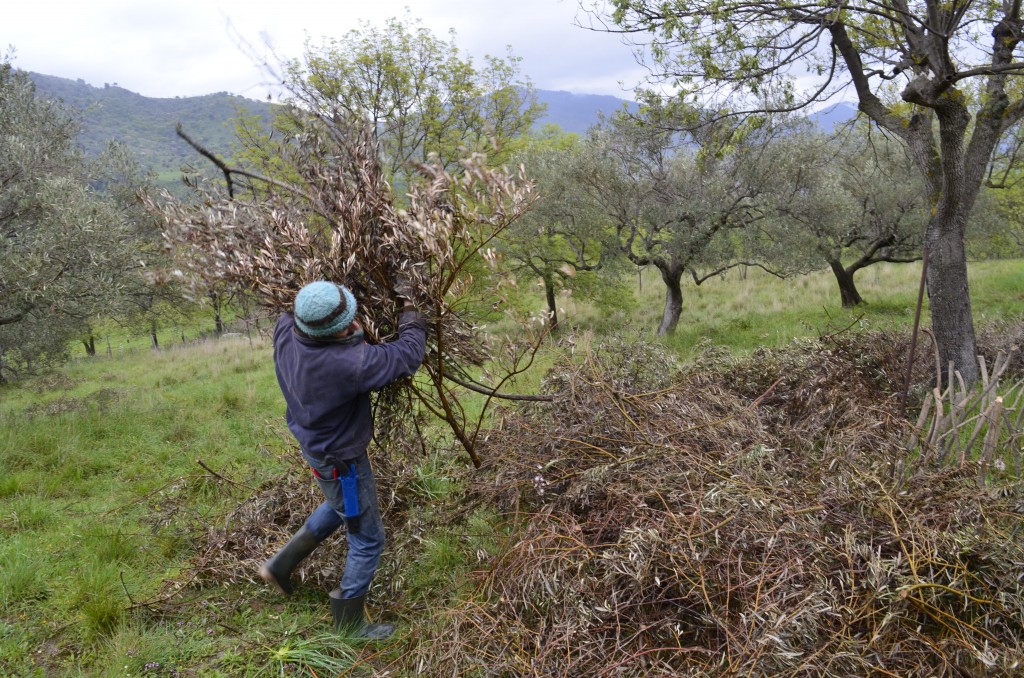 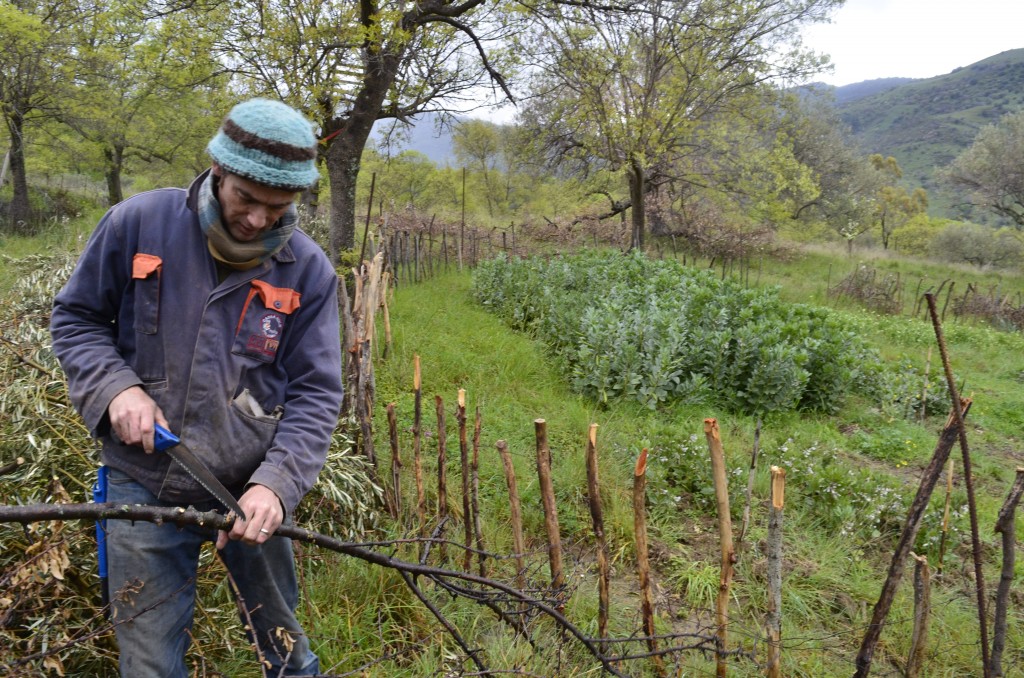 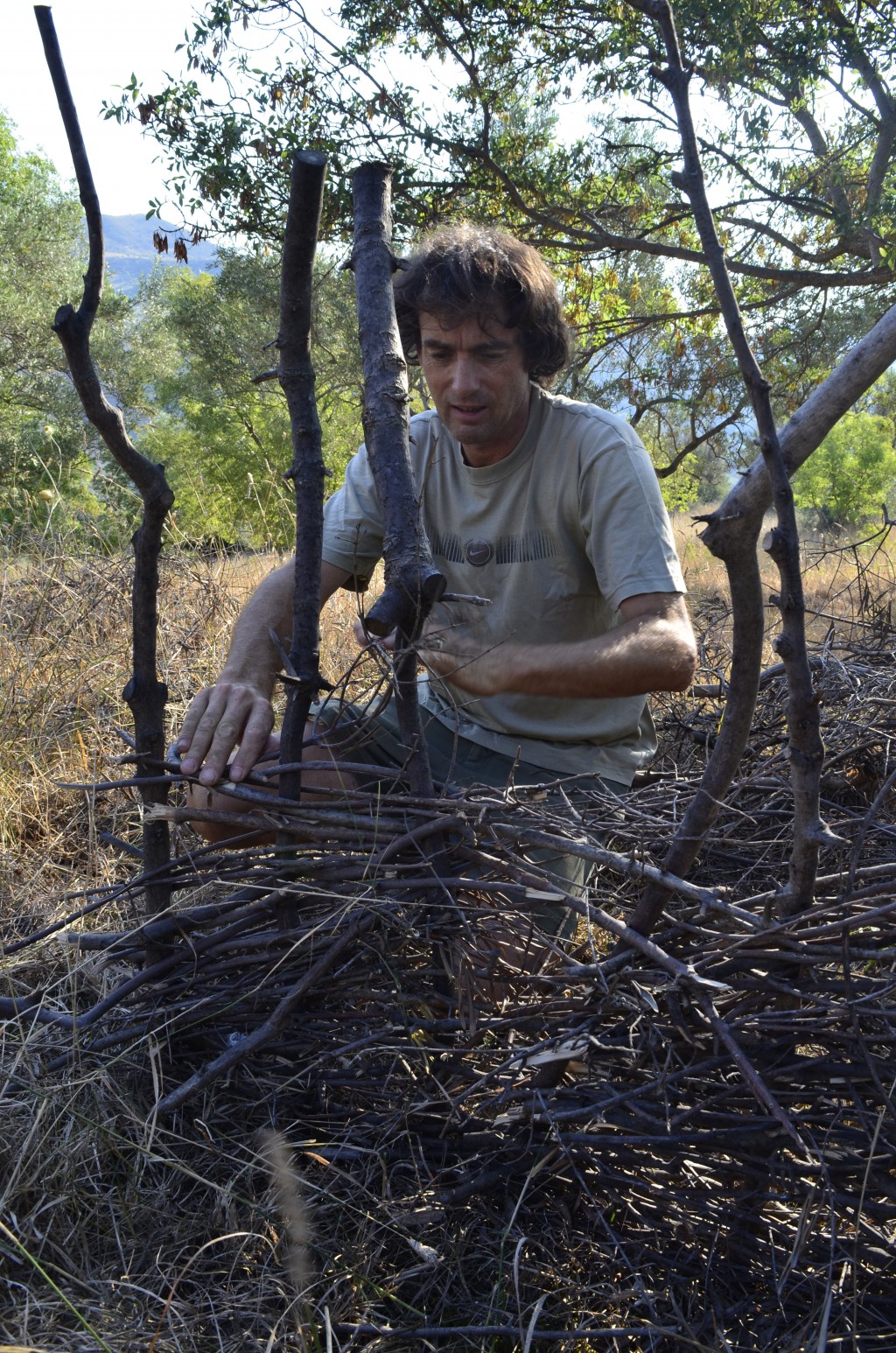 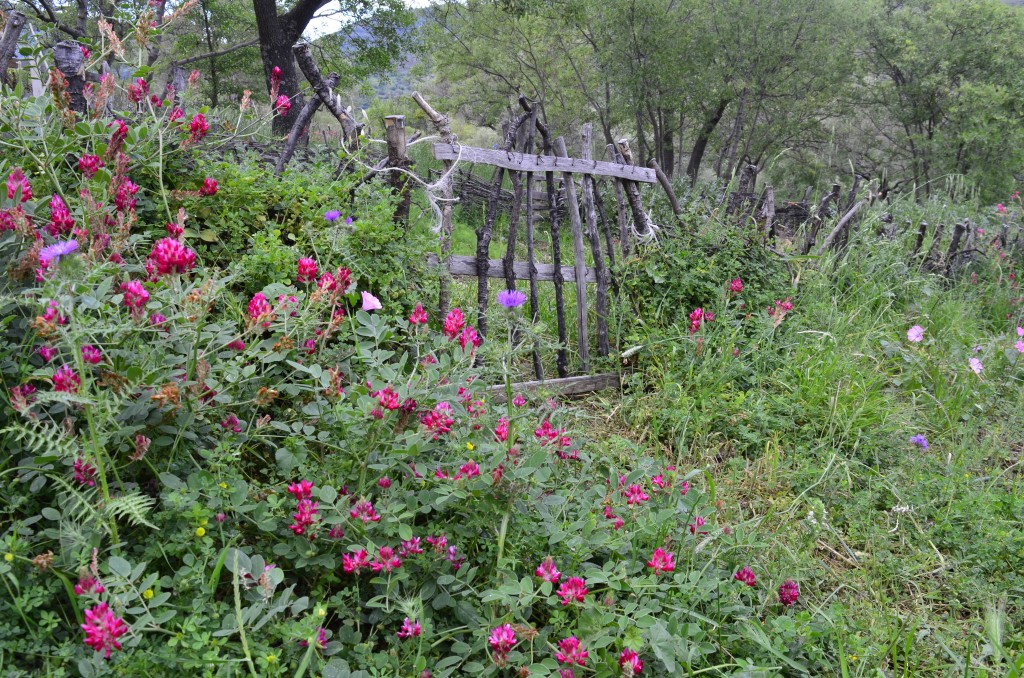 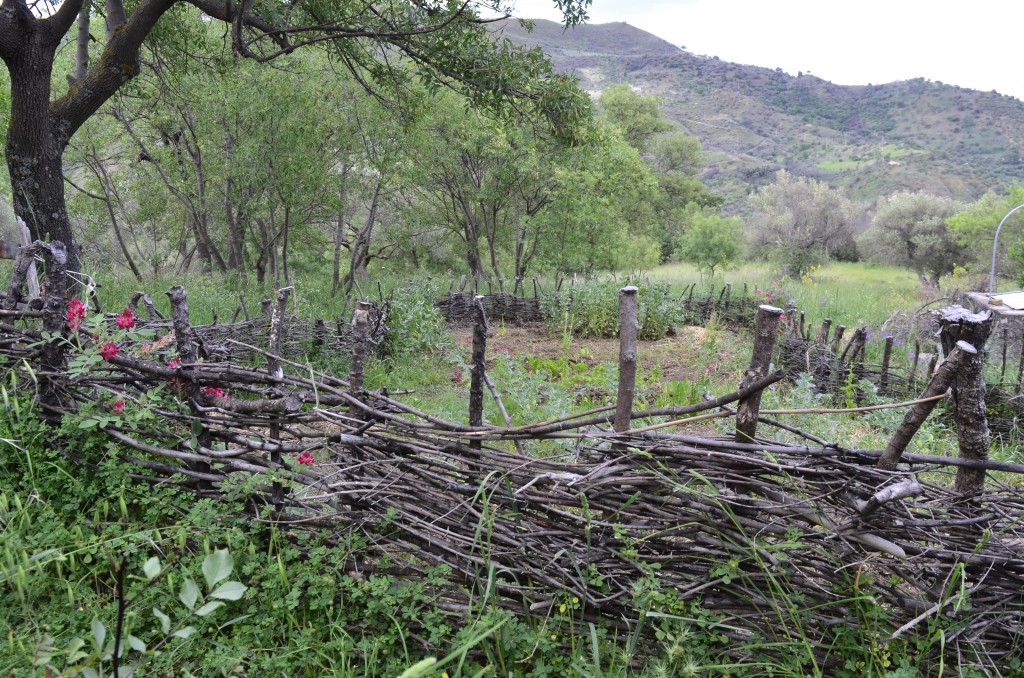 CONTRADA PETRARO, Sicily (AP) — They come in the middle of the night and are gone by morning. But without fail, they leave their calling cards: Pronged footprints and gashes in the ground where they've dug with natural abandon.

This nocturnal troublemaker in mountainous northern Sicily is the "cinghiale," the wild pig, a bane to those who tend a garden.

When I came to live with my wife and two boys on a small abandoned farm that we bought here in the Madonie Mountains, the locals quickly instilled a fear of the cinghiale in me. According to many people, these animals have made gardening nearly impossible.

The wild pigs disappeared from Sicily around the end of the 19th century, but their numbers have exploded since they were reintroduced more than 20 years ago and crossbred with domesticated pig species, authorities say.

Plant a vineyard? Don't bother, locals told me. They'll eat all your grapes.

Put up a fence and they'll find a way in. These pigs can jump 3 feet off the ground, I learned.

One neighbor told me he was removing his vineyard due to the pigs and their bottomless appetites. "They're terrible," he said with regret.

But I had visions of turning sections of our three acres into garden spots overflowing with carrots, tomatoes, cucumbers, herbs, artichokes.

I began to think harder about fences that would keep out the wild pigs.

Our farm, like much of the countryside hereabouts, is patchily ringed by wire fences threaded with strands of barbed wire. These fences weren't designed to keep wild pigs out but to keep flocks of sheep in. Held up by withered sticks and even sections of plumbing pipe, they were old and falling over. They were useless, and a nuisance. One section cut across our land and had to be removed both for safety and ease of passage. I didn't want my boys to get caught on the barbed wire while they were running and playing.

With wire cutters in hand, I removed these obstacles.

Many people string up electric fences around gardens. But there are problems: Besides costing a fair amount, they can malfunction, and pose the obvious problem of causing nasty electric shocks.

Sturdy wire fences with cement posts are common. But I found them unattractive, expensive and boring to look at with their uniformity in shape and purpose. Besides, I was told that pigs will get under them eventually.

As spring approached — and with it an urge to sow seeds and plant vegetables — we still had no fence. And on several crisp winter mornings, I found the telltale signs of wild pigs: big holes dug around olive trees and along muddy trenches where rains drained off our hillsides.

The power of their snouts was impressive. The pigs root in search of tubers and other buried delights, and can make it look like a mechanized tiller guided by a phantom got loose overnight.

As it happened, one evening as I read Leo Tolstoy's masterpiece "Anna Karenina," I paused halfway through one of his descriptions of Russian country life. He depicted a countryside strung with wattle fences.

What exactly IS a wattle fence?

I had a vague notion, but needed to look it up in a dictionary. It was a eureka moment: A wattle fence is made of sticks driven into the ground and interwoven with twigs and branches.

Then I did the next obvious thing: an internet search. Sure enough, a few people out in the world were wattling, and happy to show how it is done on homemade videos.

A wattle fence is simple. It's made by pounding posts into the ground — say 12 inches deep — and then weaving twigs and branches in and out of the posts. At the very least, a twig needs to be woven around three posts so that it stays in place.

The fence's robustness — and it does become surprisingly robust — comes from weaving twigs in opposite directions around the posts. So, if you start one twig on the inside of a post, it then gets woven around the outside of the next post, the inside of the next one, and so on. The next twig fed into the fence goes the opposite direction: outside of post, inside, outside.

It was quiet work. I cut and stripped branches pruned from olive and ash trees, and listened to the water in a river running far down along the valley bottom. The bells of sheep and cows in far-off pastures twinkled in the air; the wild shouts of herders were incomprehensible riddles that kept me company. Sometimes, I paused in my slow, steady work to catch sight of a screeching bird rushing through the trees.

I started my first fence in early March, and six weeks later I stood back and admired my handiwork. Definitely, it had been a lot of work. But I was satisfied.

Aesthetically, it was pleasing in its inexactness, rambling and irregular lines, its woodiness.

I was happy to have used twigs and branches that otherwise would have been burned, either in the wood stove or as bonfires.

The wattle fence, I learned, was an ancient technique in use until the 1900s. Wattle panels are still intact inside many British homes built centuries ago. Archaeologists have found wattle fence remains dating to the ninth century A.D. in Britain.

"It's such a cheap and versatile material," said Christopher Dyer, a historian at the University of Leicester in Great Britain who specializes in medieval agricultural life. "You can do lots of things with it — the problem of course is the labor."

This year, I started a second wattle fence for an even larger section of garden.

It's been slow going. But I'm convinced it's the way to go.

Now, I've found that the diggings of wild pigs on our land reach my first wattle fence and stop. And the pigs haven't jumped over the 3-foot-high fence — not yet, at least.

Just the other day, the importance of fences was starkly impressed on us: A flock of sheep escaped their enclosure and ate almost everything I had planted — with an overabundance of optimism — outside the wattle garden spot. Gone were tomato plants, arugula, peppers and parsley, as well as the leaves of baby citrus trees and grape vines.

Ah, fences. Unfortunately, this is a land where they're needed.