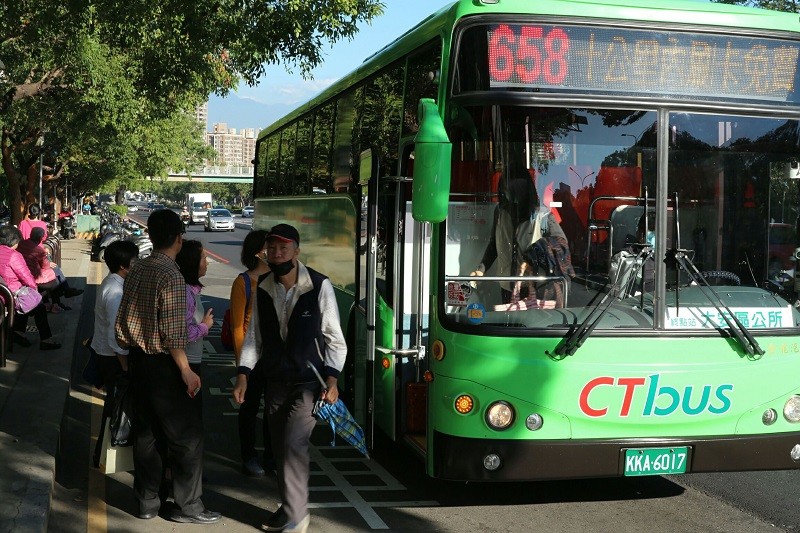 TAIPEI (Taiwan News)--Taichung Transportation Bureau Director-General Wang Yi-chuan (王義川) said during a city council meeting on Tuesday (Aug. 14) that beginning on October 1, transfer from train to bus within Taichung City by using an EasyCard or iPASS card within two hours will be totally free of charge, even after the bus riding distance is over 10 kilometers, according to a Central News Agency report.

Wang said currently transfer from train to bus within the city by using an authorized electronic payment card is free if the bus riding distance is within 10 kilometers, but the transfer is chargeable after 10 kilometers, the report said.

The after-10-kilometer fares will be paid for by a NT$11.92 million budget, which was granted by Environmental Protection Administration to encourage usage of public transportation, he said, according to the report.

Wang said beginning on October 1, transfer from train to bus at any of the 18 train stations within the city by using an electronic payment card within two hours will be totally free, and that the five new train stations slated to be open when the second-phase railway elevation project is completed will also be included in the new free transfer scheme in the future, according to the report.

The transportation bureau chief added that the city government will continue to push for the scheme next year to benefit more people, the report said.