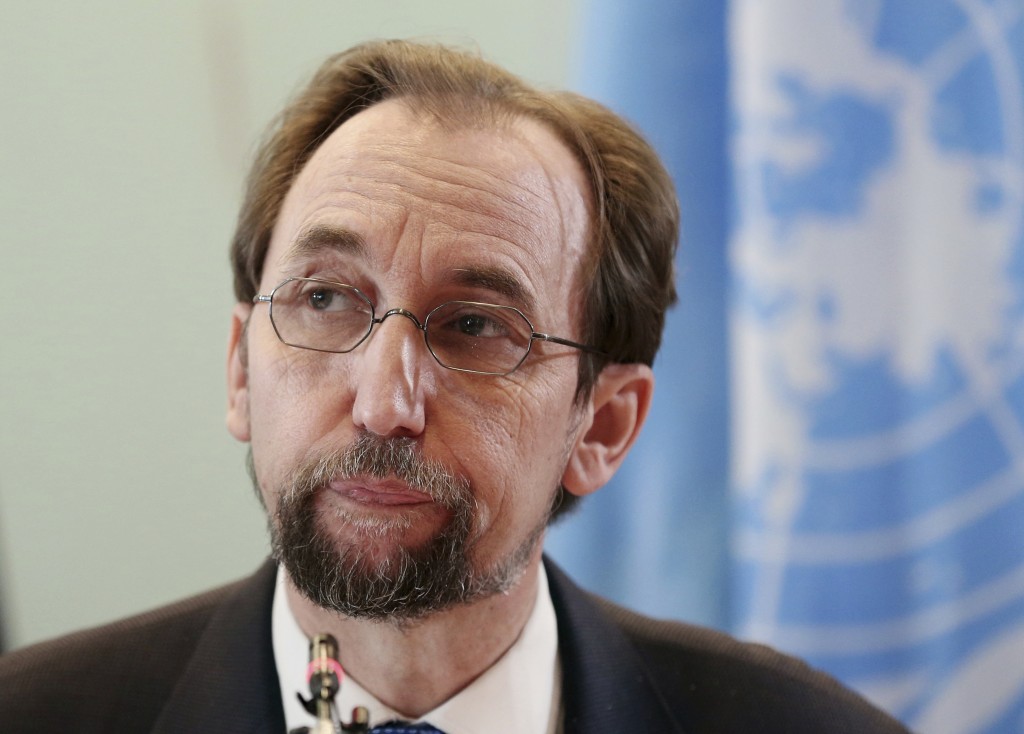 THE HAGUE, Netherlands (AP) — The Dutch government is honoring the outgoing U.N. human rights chief with one of its most prestigious awards.

The Foreign Ministry said in a statement Tuesday that it will present Zeid Ra'ad Al-Hussein the Human Rights Tulip award at a ceremony next month.

Zeid, a Jordanian diplomat and member of the country's royal family, has served four years as the U.N. High Commissioner for Human Rights. His term ends Aug. 31.

He has faced criticism for calling out human rights violators, but Dutch Foreign Minister Stef Blok said Zeid's "independent, critical stance was necessary because human rights are under great pressure in many places around the world."

The award ceremony will be held Sept. 3 in The Hague.