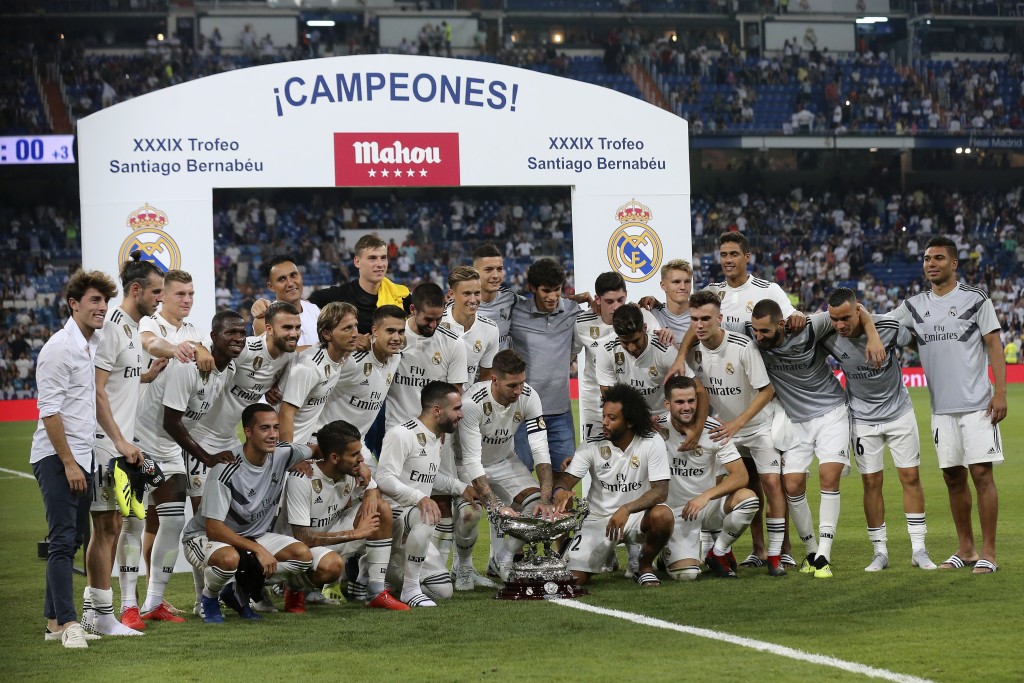 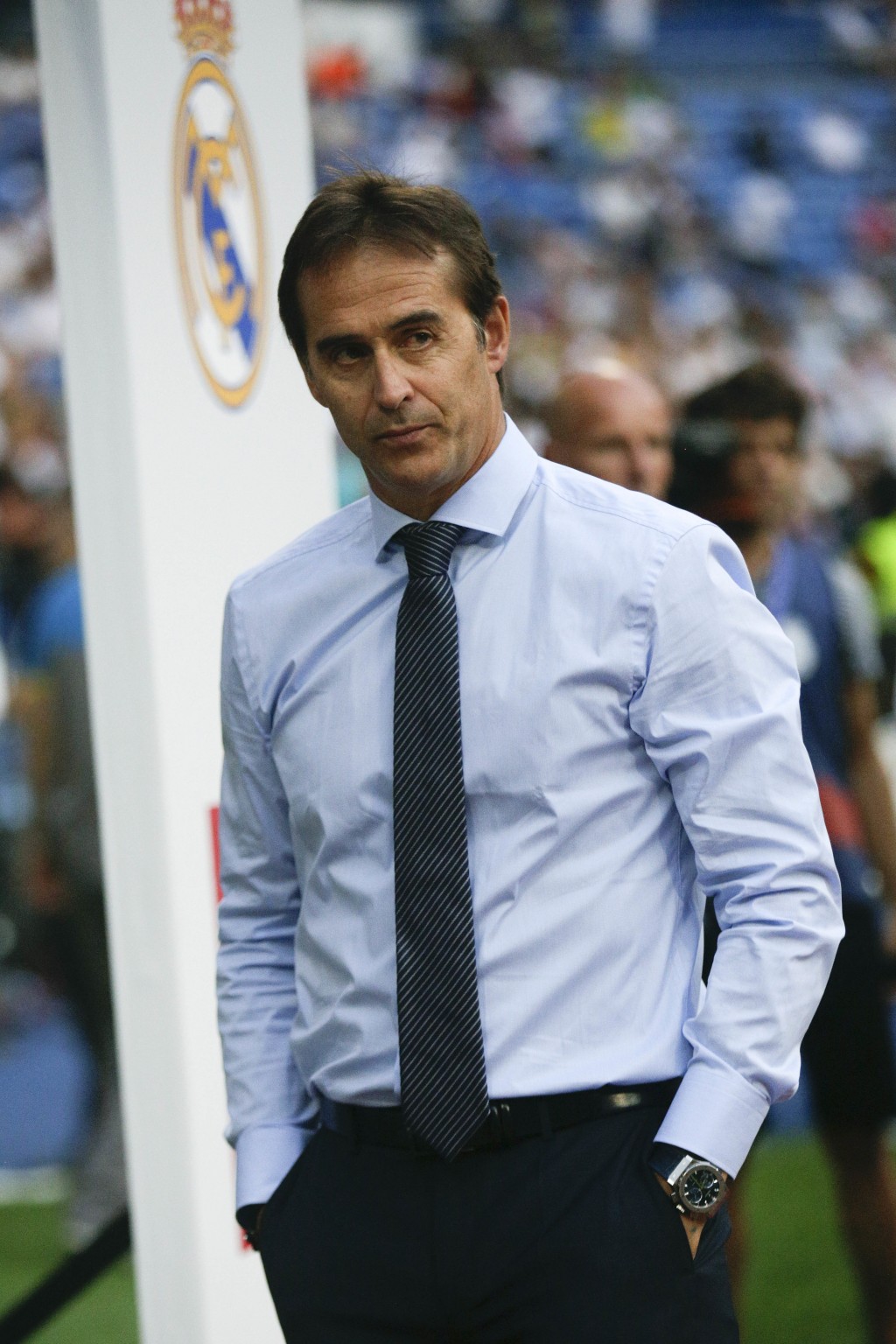 Following the departures of Cristiano Ronaldo and Zinedine Zidane, Real Madrid gets its first test against crosstown rival Atletico Madrid in the UEFA Super Cup.

So far, Madrid hasn't resorted to a "galacticos" spending spree to bring in marquee names at astronomical prices. Coach Julen Lopetegui seems to be relying on the talent already at his disposal and a new tactical system.

The club, though, has made a few significant purchases, including goalkeeper Thibault Courtois from Chelsea.

Now, the team that was built around Ronaldo and which has won three straight Champions League titles comes up against a strong Atletico team that won the Europa League and finished ahead of Madrid in the Spanish league.

Here are a few things to watch out for in Wednesday's match in Tallinn, Estonia:

Ronaldo moved to Juventus in a 112 million euro ($131 million) deal and Zidane resigned.

Those changes have given new impetus to forwards Gareth Bale, Karim Benzema and Marco Asensio to step up and fill the void left by Ronaldo, who scored 450 goals in 438 matches for Madrid.

Bale, who came on as a substitute and scored two goals in Madrid's 3-1 win over Liverpool in the Champions League final in May, has more to prove than anyone in the team. He had a rocky relationship with Zidane and spent much of his time on the bench under the Frenchman last season.

But Bale has impressed in the pre-season and he will look to prove to Lopetegui that he's not just a Ronaldo understudy. Benezema, whose main function was to create opportunities for Ronaldo, will also look to shine now that the Portugal international is gone.

Lopetegui, who is prone to shaking things up, may also look to give key roles to a core of Spanish players like Asensio, Isco, Marcos Llorente and Dani Ceballos. He may also turn to new signing Alvaro Odriozola, who is competing with Dani Carvajal to become first-choice right back. One position that is definitely up for grabs is goalkeeper. With Courtois' arrival from London, Keylor Navas will fight to retain his No. 1 shirt.

Madrid will hope that Luka Modric stays at the club amid reports that the Croatia international has been seeking a move to Italy. The creative midfielder had a stellar World Cup, showing that he still has the guile and skill to break down opponents.

Even though the Ronaldo era is over, Madrid has enough experienced players and young talent coming through to offset his exit.

Madrid's new coach likes to play possession-based soccer rather than the counter-attacking style favored by Zidane.

That doesn't mean Lopetegui, who was fired as Spain coach two days before the national's team World Cup campaign began, wants his players to be static with the ball.

In pre-season matches, Lopetegui has encouraged his team to press opponents and be direct. His players are attack-minded and he likes to push his fullbacks high up the field to give the team width.

Lopetegui has been working to shore up Madrid's defense and build possession from the back.

Atletico has failed against Madrid on European soccer's biggest stage in recent times, losing Champions League finals in 2014 and 2016, and a semifinal in 2017.

Atletico was eliminated from group stage last season, finishing behind Roma and Chelsea, and dropped into the Europa League.

But the team went on to win the competition and also excelled in the Spanish league. Atletico finished in second place, three points ahead of Real Madrid. It was the first time since Atletico won the league title in 2014 that it finished higher in the table than Madrid.

Atletico will seek to build on that momentum by beating Madrid in the Super Cup. The team has made a few signings, most notably attacking midfielder Thomas Lemar from Monaco. Atletico also got a boost when France forward Antoine Griezmann signed a new contract amid speculation that he would leave.

Many players and coaches believed that the use of the video assistant referee was a resounding success at the World Cup. But UEFA has no immediate plans to introduce VAR in its competitions, including the Champions League, despite calls by some coaches and players.