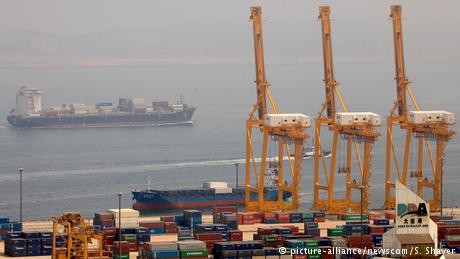 China's foreign ministry said on Tuesday that it was strongly dissatisfied with a new US defense bill signed by President Donald Trump this week.

The bill includes a measure that strengthens the role of the Committee on Foreign Investment in the US (CFIUS) tasked with assessing whether proposed foreign investments pose a threat to national security.

Inclusion of the measure was seen as a bid to target China. Some US lawmakers had wanted to punish ZTE, China's second-largest telecommunications equipment maker, for illegally shipping products to Iran and North Korea. US intelligence agencies had also voiced concern that ZTE and Huawai were too close to the Chinese government and posed an espionage risk.

However, the Trump administration opposed putting stronger measures against the Chinese companies in the defense bill, which ultimately included watered-down controls on US government contracts with China's ZTE Corp and Huawei Technologies Co Ltd.

The US and China are in the midst of a trade war that has seen billions of dollars in tariffs levied on each other's products.

The Chinese Commerce Ministry said on Tuesday it would "comprehensively asses the contents" of the defense act, focusing on how the policy will impact Chinese firms.

"Chinese and US companies have a strong wish to deepen investment cooperation, and the potential is enormous," the ministry said in a short statement, also calling for the US to "objectively and fairly treat Chinese investors."

"The governments of the two countries should listen to the voices of the companies, and provide a good environment and stable expectations."