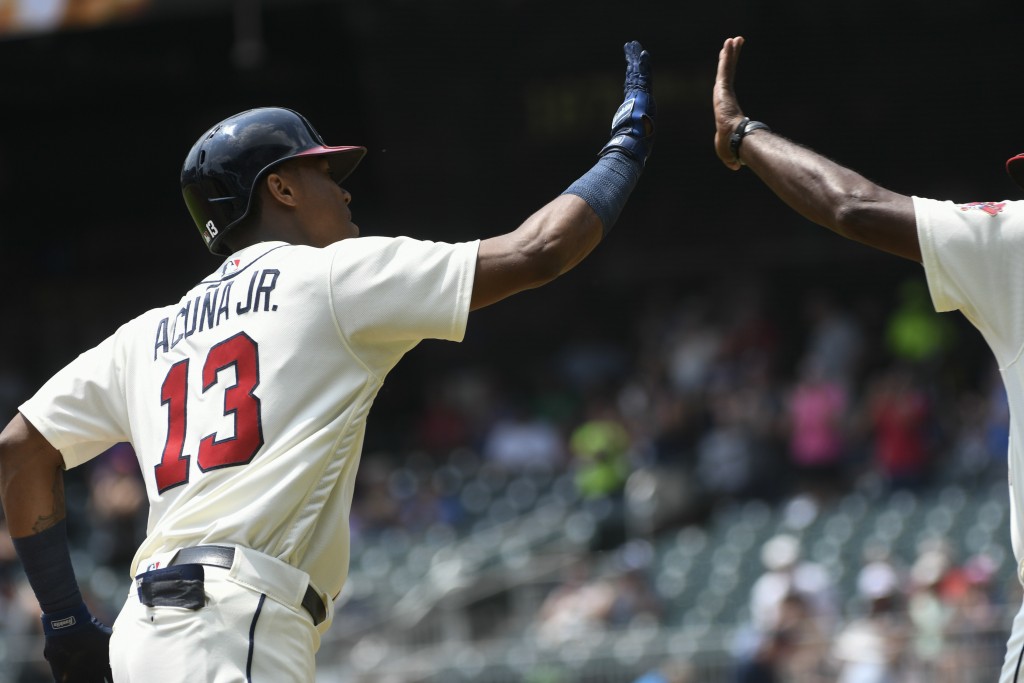 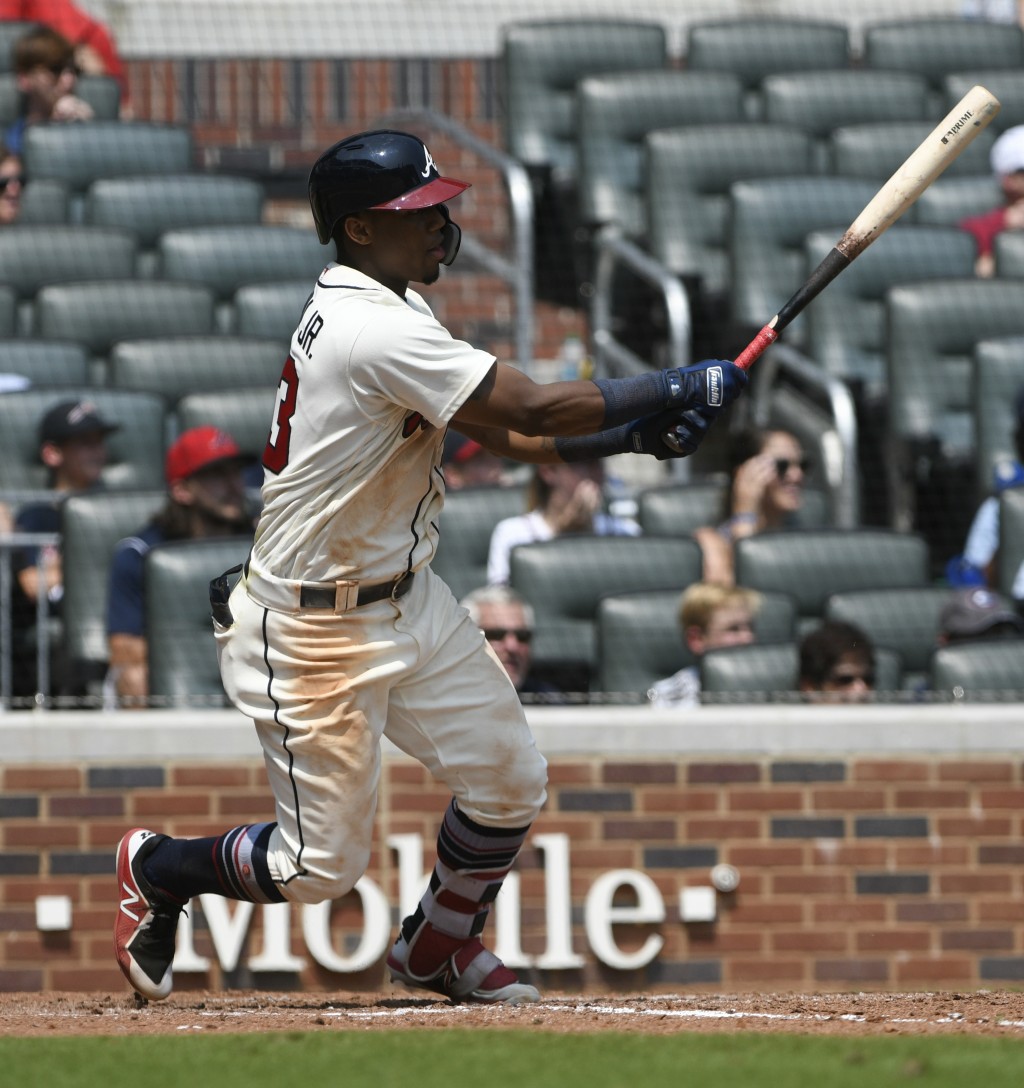 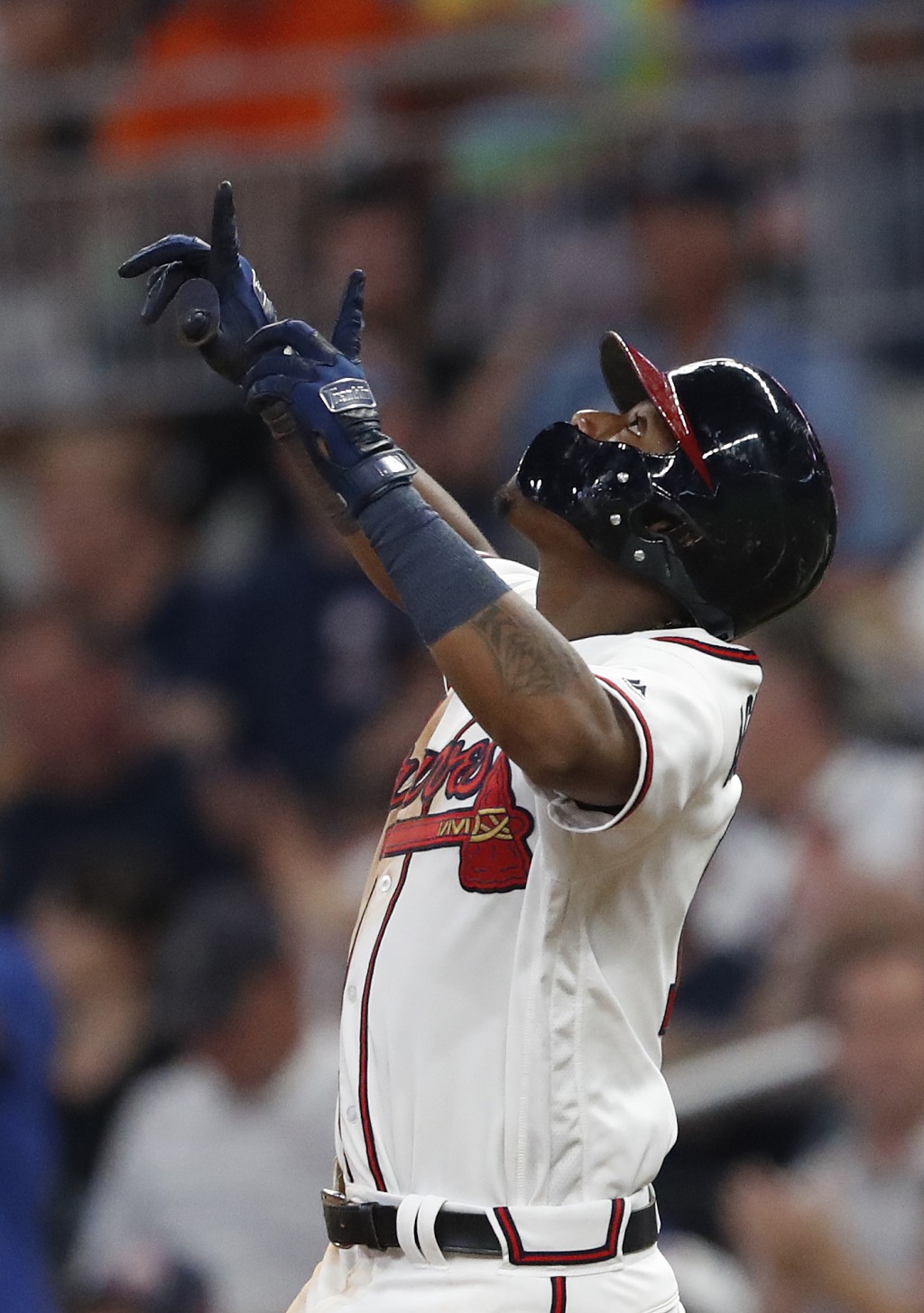 ATLANTA (AP) — Ronald Acuna Jr. pulled off one of the rarest feats in baseball history, hitting leadoff homers in both games of a doubleheader to send the first-place Atlanta Braves to a sweep of the Miami Marlins on Monday.

It was more of the same from Acuna in the nightcap. He sent a towering shot into the seats in left-center, sparking the Braves to a 6-1 victory behind another strong outing on the mound from Mike Foltynewicz (10-7).

Acuna appeared to be only the fourth player in big league history to hit a pair of leadoff homers in a doubleheader.

Merandy Gonzalez (2-1) took the loss in the second game after being called up from Double-A Jacksonville for his first career start.

Acuna hit his first leadoff homer off Pablo Lopez (2-3) and added a two-run double in the sixth, highlighting a five-run outburst that turned the game into a blowout.

DeJong took Koda Glover (0-1) deep on a 3-1 pitch. A night earlier, Ryan Madson allowed a game-ending grand slam in the ninth to the Chicago Cubs' David Bote to end a 4-3 defeat.

Matt Carpenter kicked off a wild ending with a three-run, go-ahead homer during a four-run eighth inning for the Cardinals. It was his 17th homer during a 31-game on-base streak. Carpenter has homered in seven of his past 10 games.

Washington tied it at 6 in the top of the ninth on RBI singles by Daniel Murphy and Matt Wieters off closer Bud Norris. Dakota Hudson (3-0) stranded two runners.

Washington's injury-depleted bullpen has blown saves in three of its past four games. Juan Soto and Bryce Harper homered for the Nationals, who have lost five of seven.

NEW YORK (AP) — Jacob deGrom struck out 12 and the New York Mets backed him in a big way, hitting five home runs while battering Luis Severino and the Yankees.

Severino (15-6) was gone a lot earlier. Stuck in a rut that began before he pitched in the All-Star Game, the right-hander was tagged for seven hits and four runs in four innings.

Miguel Andujar hit a two-run homer in the Yankees eighth off Seth Lugo. Robert Gsellman worked the ninth for his seventh save.

The city rivals split their six games this year. This was a makeup from a rainout July 22.

Ramirez, Michael Brantley and Yan Gomes had three hits apiece as the Indians won for the fifth time in six games. Melky Cabrera and Jason Kipnis each drove in two runs.

The Indians increased their AL Central lead to 12 1/2 games over Minnesota after receiving an update from team president Chris Antonetti on the status of outfielder Leonys Martin, who is recovering from a life-threatening bacterial infection. Martin is in stable condition at the Cleveland Clinic.

Tucker Barnhart, Scooter Gennett and Curt Casali homered for the last-place Reds. Homer Bailey (1-10) was tagged for five runs and 10 hits in 5 1/3 innings.

Mike Clevinger (8-7) walked six in five innings, but got his first win since July 1.

Colon gave up four hits and three runs while setting a Texas record with his 22nd straight start with two or fewer walks. He has won both his starts in August after losing all five in July.

Jose Leclerc earned his second save.

Reid-Foley (0-1) was removed after allowing three runs in five innings. He is only the second player in major league history to be born in Guam.

O'Hearn, a rookie who entered batting .130 with three RBIs, homered off Reid-Foley with Brett Phillips aboard in the second. O'Hearn also walked with the bases loaded in the fourth.

Whit Merrifield had three hits as the Royals got their second victory in 11 games.

Keller (5-5) yielded one run and four hits. Wily Peralta closed for his seventh save.

DETROIT (AP) — Nicholas Castellanos had a career-high five hits, including a go-ahead homer in the seventh inning, and drove in five runs as Detroit beat Chicago.

Castellanos singled in the first, doubled and scored in the fourth, hit an RBI double in the fifth and hit a two-run homer off Jeanmar Gomez (0-1) in the seventh. It was the sixth five-RBI game of his career, including one against the White Sox on June 16.

Castellanos came up again in the eighth with the bases loaded and two outs, needing a triple for the cycle, but settled for a two-run single that put the Tigers ahead 9-5.

Louis Coleman (4-1) got the win with a scoreless inning of relief. The Tigers are 9-1 against the White Sox this season.