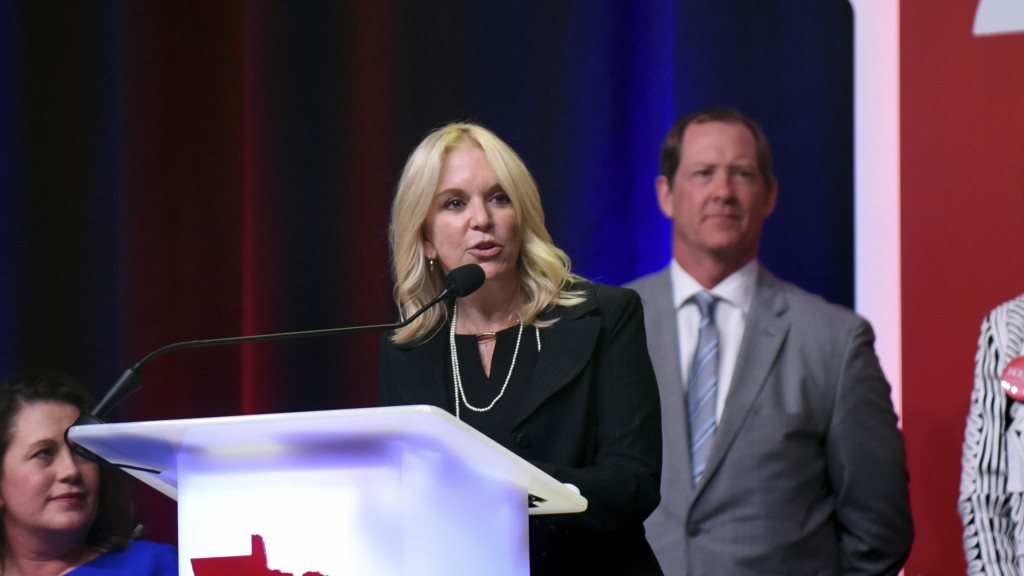 MINNEAPOLIS (AP) — The sudden downfall of Sen. Al Franken amid the rise of the #MeToo movement set the course for what could be a two-woman race to finish his term, part of an unusual primary Tuesday featuring both of Minnesota's Senate seats on the same ballot.

In Minnesota's other Senate race, popular incumbent Amy Klobuchar was looking at an easy win over four Democrats, while state Rep. Jim Newberger carried the GOP endorsement against three rivals.

Franken, a Democrat and former "Saturday Night Live" comedian, resigned at the beginning of the year after a firestorm erupted last November amid a string sexual misconduct allegations. Democratic Gov. Mark Dayton appointed Smith, his lieutenant governor and a top aide, to the seat until this November's special election to fill out the final two years of Franken's term.

A Smith-Housley matchup would come at a time when the #MeToo movement has changed the American landscape, sweeping many high-profile men out of power in politics, media and entertainment. A record number of women are now running for governor and Congress across the country.

Democrats resoundingly endorsed Smith at their state convention in June. Her most prominent primary challenger was Richard Painter, a former ethics attorney in President George W. Bush's administration whose profile rose as a strident critic of President Donald Trump.

Painter, now a law professor at the University of Minnesota, ran to Smith's left on some other issues, including supporting single-payer health care and opposing copper-nickel mining.

Housley, who had no opposition for the GOP endorsement, was considered the strong favorite over two little-known Republicans. The two-term state senator's name is familiar in hockey-crazy Minnesota because her husband is Phil Housley, the Hall of Fame defenseman who jumped straight from South St. Paul High School into the NHL and now coaches the Buffalo Sabres.