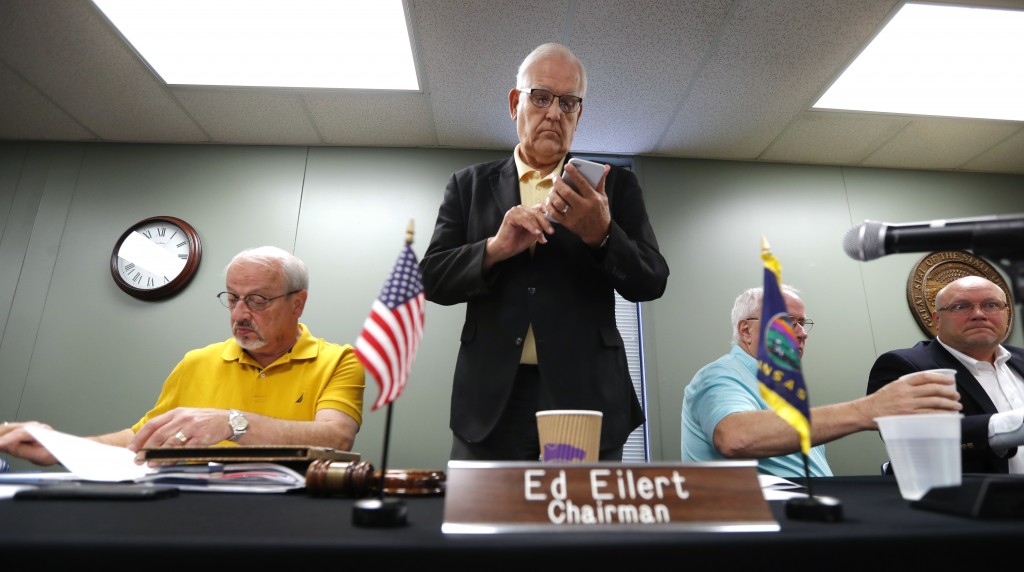 WICHITA, Kan. (AP) — Kansas county election officials were set to continue reviewing some 9,000 provisional ballots Tuesday as the two candidates in the state's tight GOP primary for governor appeared to dig in for a long battle.

On Monday, more than two-thirds of the state's counties reviewed provisional ballots, which are given at the polls to voters when their eligibility is in question.

How to handle such ballots emerged on the first day of canvassing as the most contentious issue in the razor-thin race for the Republican nomination for governor.

Secretary of State Kris Kobach led Gov. Jeff Colyer by about 200 votes when the vote counting stopped for the day Monday, with 43 counties left to report results in the coming days. Fourteen counties were to begin canvassing Tuesday.