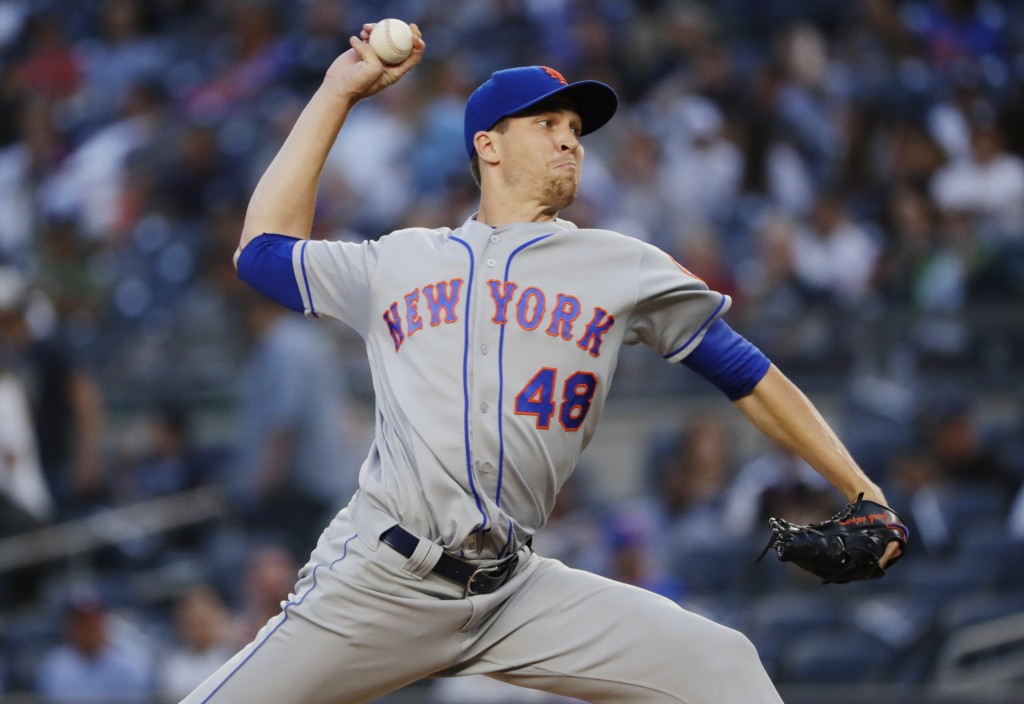 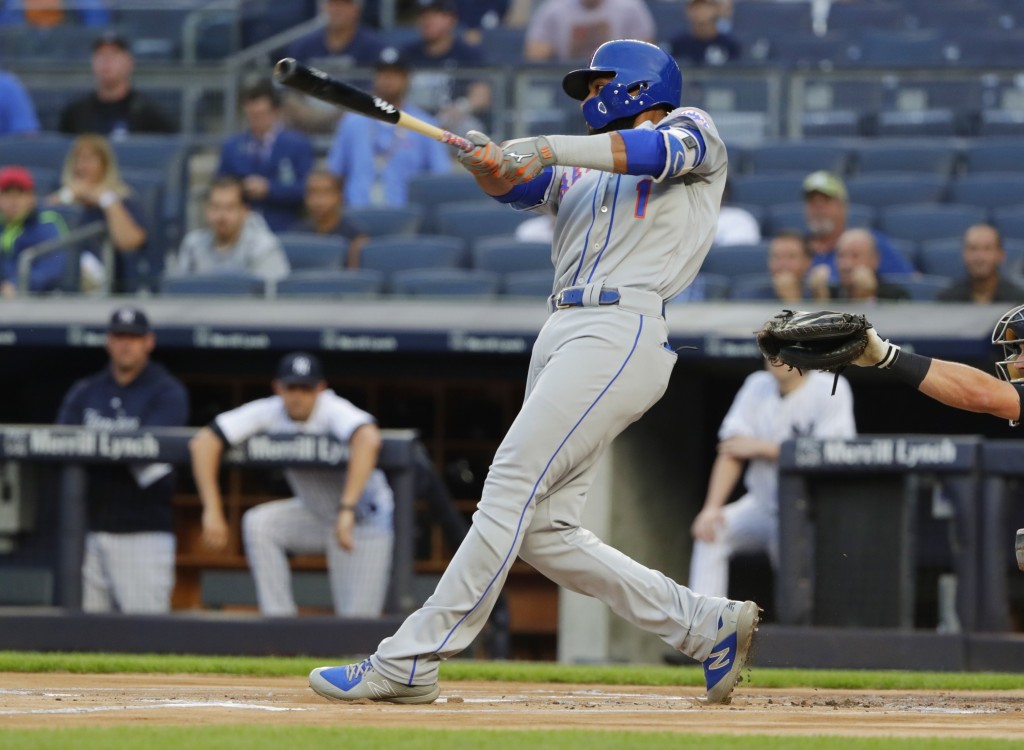 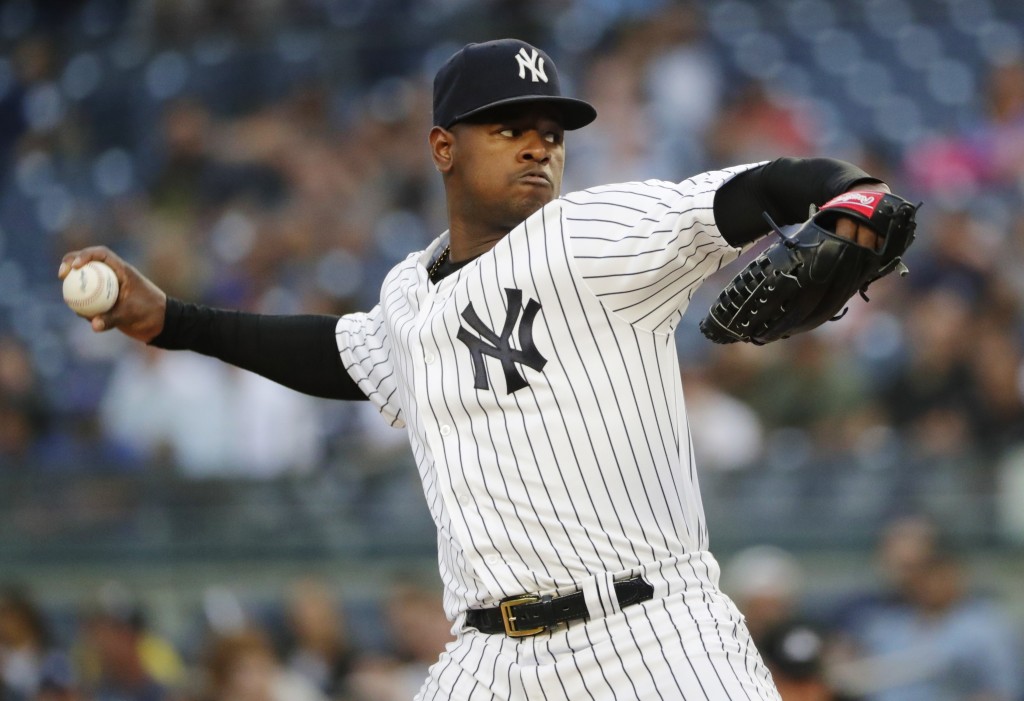 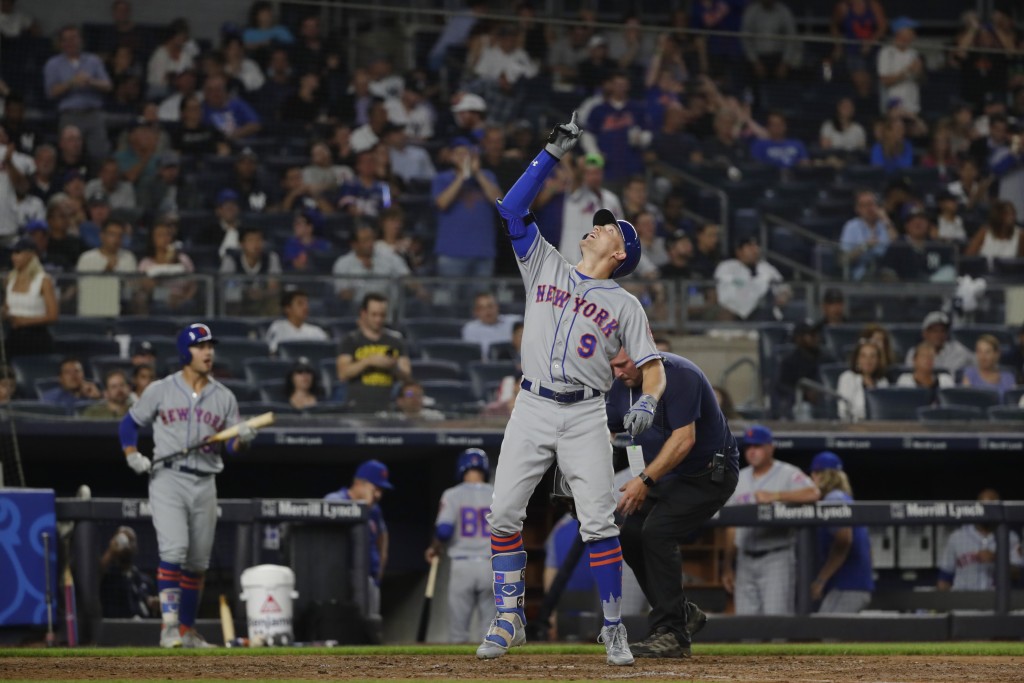 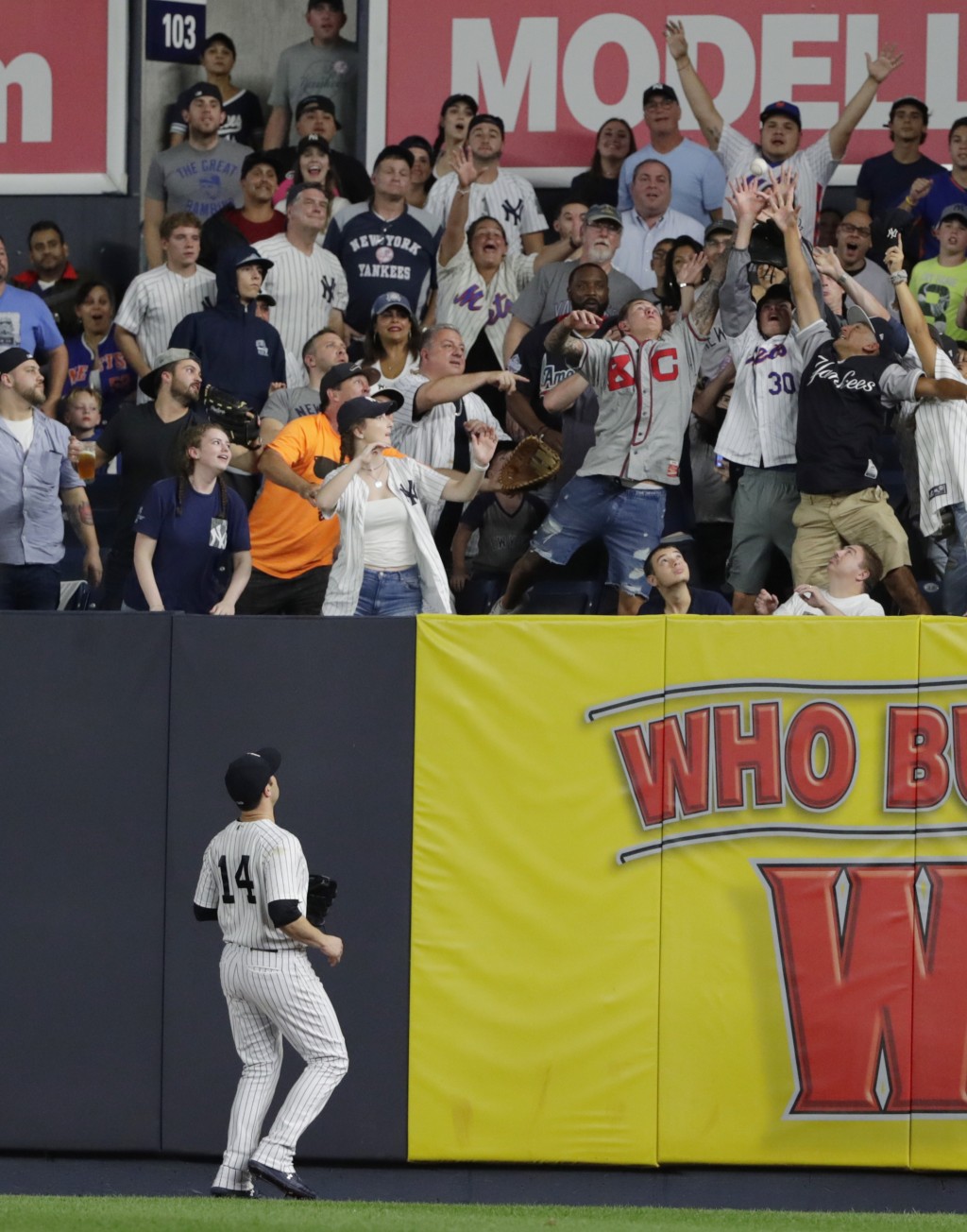 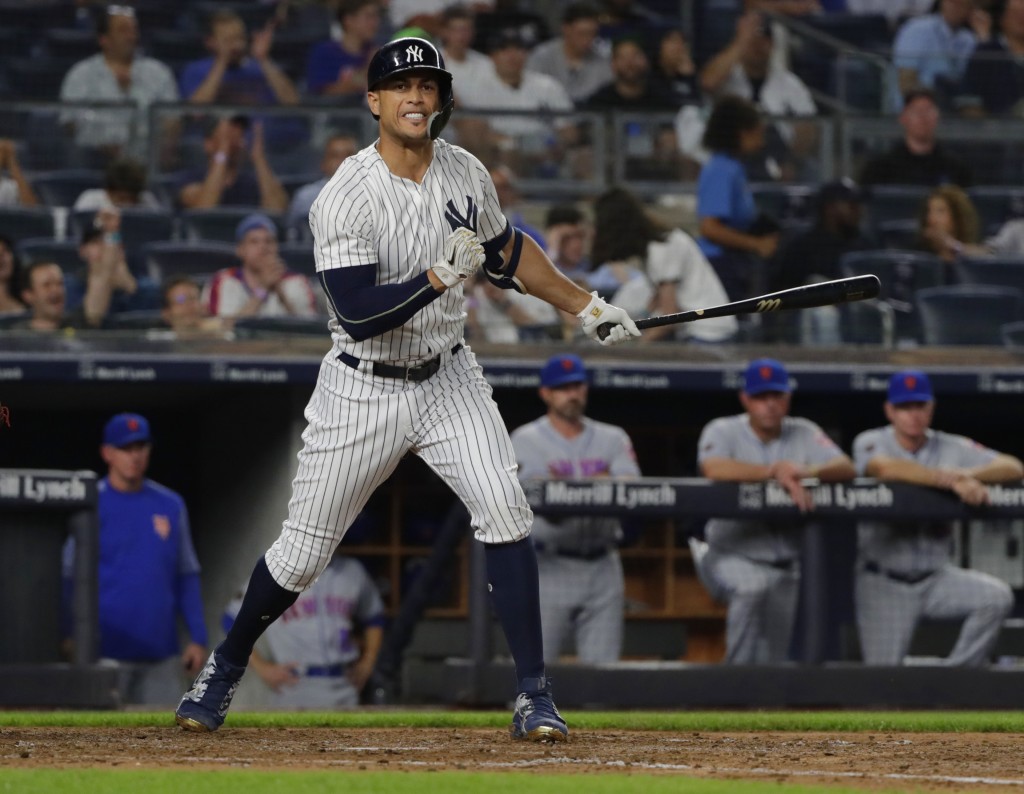 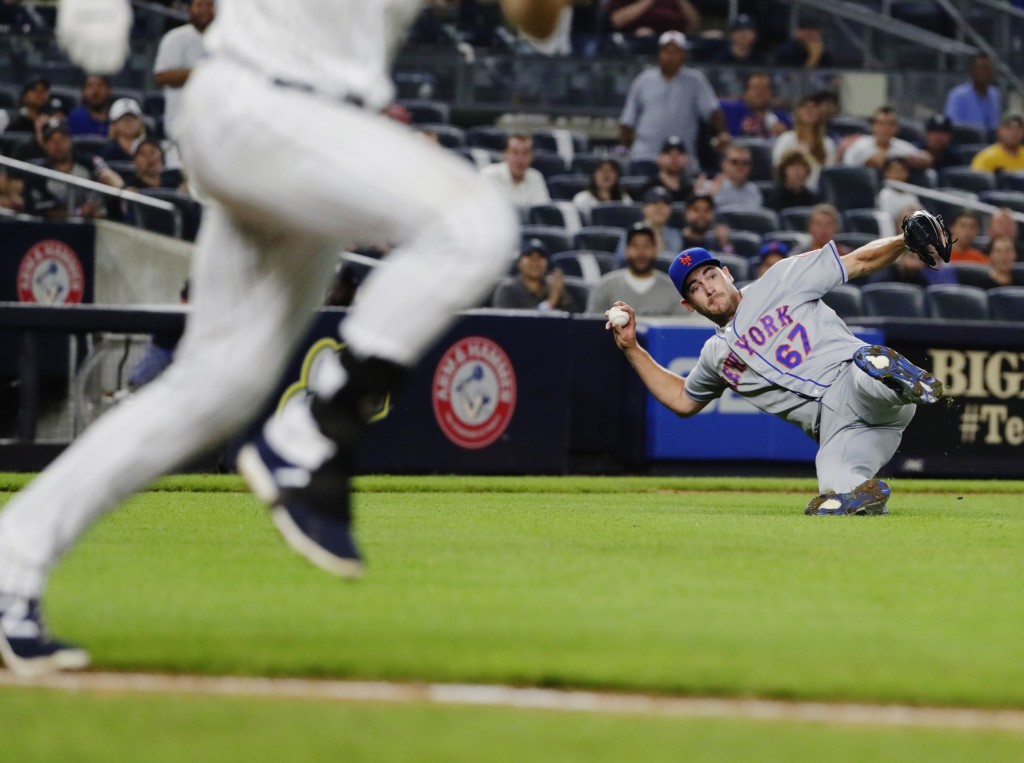 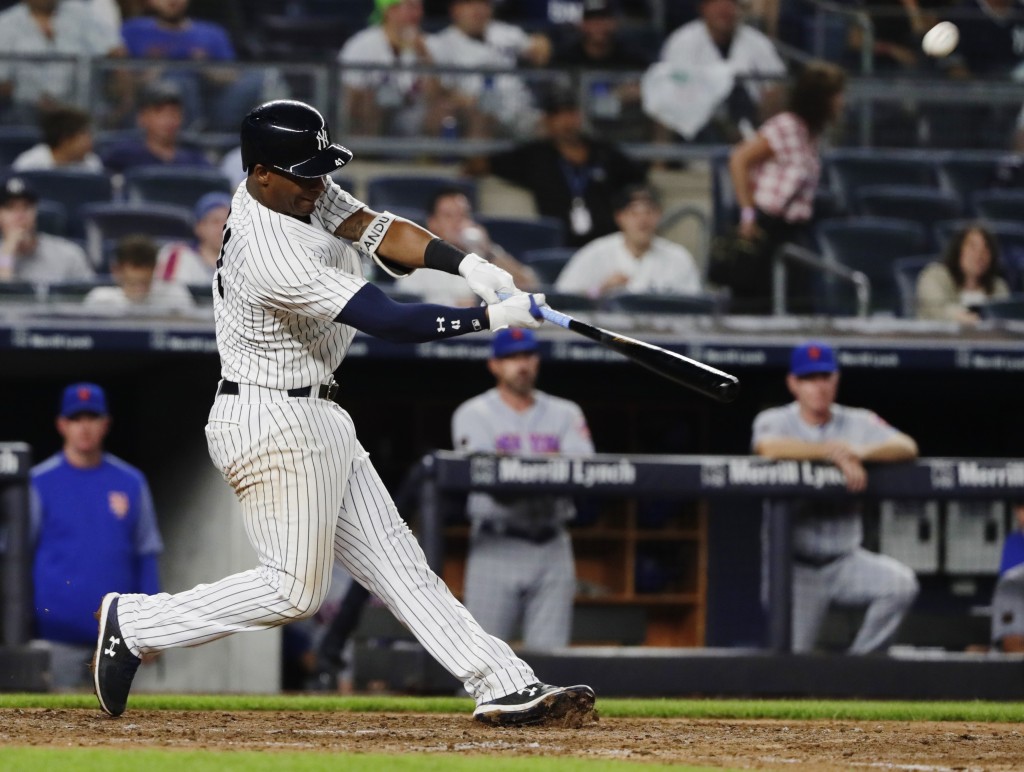 DeGrom fanned Austin Romine with his 113th and final pitch, and walked off to cheers from the many Mets fans in attendance. He posted his first win in three career starts in the Bronx, and improved to 2-4 overall against the Yankees.

Severino (15-6) was gone a lot earlier. Rather than break a tie with Washington ace Max Scherzer for the most wins in the majors, he stayed stuck in a rut that began before he pitched in the All-Star Game.

Severino was tagged for seven hits, including homers by Rosario and Bautista, and four runs in four innings. The right-hander often seemed out of sorts, stepping behind the mound, taking off his hat and wiping away sweat on a humid evening.

This marked the seventh straight start in which Severino has permitted at least three earned runs — he's allowed a home run in each of them, a total of 11 during that span.

Miguel Andujar hit a two-run homer in the Yankees eighth off Seth Lugo. Robert Gsellman worked the ninth for his seventh save.

The city rivals split their six games this year. This was a makeup from a rainout July 22.

Rosario hit his first career leadoff homer and Bautista had a two-run drive in the fourth. Frazier greeted A.J. Cole with a home run in the sixth, and Nimmo and Conforto hit back-to-back drives in the seventh that made it 7-3.

INF Luis Guillorme and RHP Jacob Rhame were sent to Triple-A Las Vegas. Guillorme hit .209 in 35 games and the Mets wanted to get him more playing time. INF Jack Reinheimer, recently claimed off waivers from Arizona, and RHP Tim Peterson were called up.

Mets: David Wright went 0 for 1, striking out once and walking once, and played five innings at 3B in his second rehab game with Class A St. Lucie. He made a couple of plays in the field. The 35-year-old Wright has been out of the majors since May 2016 because of back, neck and shoulder problems. He is scheduled to be off Tuesday.

Yankees: C Gary Sanchez (groin) arrived from the team complex in Tampa, Florida, and did catching and hitting drills. Manager Aaron Boone said the late August/early September projection for Sanchez's return was "a fair timeline." ... All-Star slugger Aaron Judge (wrist) did conditioning drills on the field before the game. Boone said he expected Judge could start swinging a bat any day now.

Yankees: No starter had been announced for Tuesday night's home game vs. Tampa Bay. LHP J.A. Happ, who has won both his starts since being acquired from Toronto, is lined up to pitch.