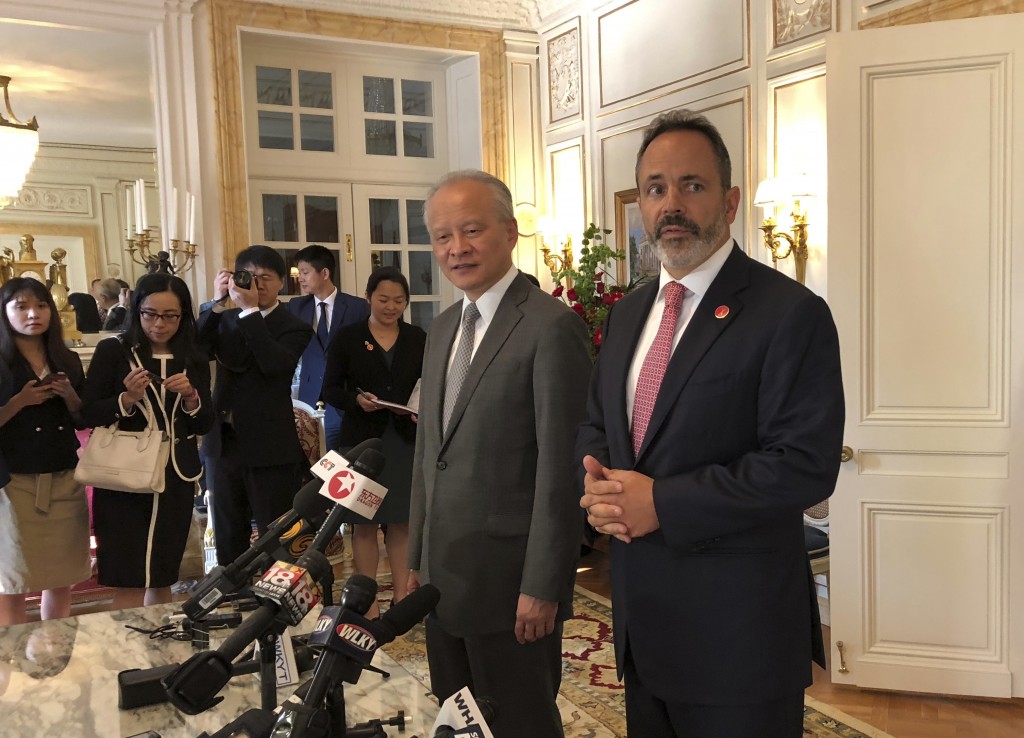 FRANKFORT, Ky. (AP) — Facing a growing trade dispute between the world's largest economies that threatens Kentucky's growing auto industry, Republican Gov. Matt Bevin struck an optimistic tone during a meeting with China's ambassador to the U.S. as he pledged to woo more Chinese-owned companies to the state.

The meeting comes after President Donald Trump's administration announced it would impose tariffs of 25 percent on $16 billion worth of Chinese goods. China responded by pledging equal duties on $16 billion of U.S. goods. Both tariffs are set to take effect Aug. 23 and will apply to cars, which are largely responsible for Kentucky's 60 percent increase in exports to China last year.

At a joint news conference with Cui, Bevin defended Trump and described the trade dispute as part of a larger negotiation that will eventually "settle down."

"I think the intent for the long term is to make sure we get to the point where the nations are trading not only freely, but in a fair and equitable way given we are the two largest economies in the world," Bevin said.

Cui said that for many in China, knowledge of Kentucky begins with Kentucky Fried Chicken, a chain of fast food restaurants whose parent company is headquartered in Louisville. He said Kentucky has more to offer.

"The business community in China has a strong interest in making investments in the United States in general and in Kentucky in particular," Cui said. "The job of the governments is to try to reduce possible barriers so people could facilitate such economic trade and investment and cultural ties between our two people."

It's unclear how that can proceed with a growing trade dispute between the two countries. Last week, Senate Majority Leader Mitch McConnell told Kentucky reporters he supports Trump's aggressive actions toward China because the country has been "eating our lunch" on trade.

Bevin noted decisions on trade are above his authority. But he predicted prosperous future between the two countries, saying he would like to see 200 Chinese companies operating in Kentucky over the next two decades. Bevin is scheduled to attend the China International Import Expo in Shanghai this November. He said he's going because China has "a massive appetite in products made in the United States."