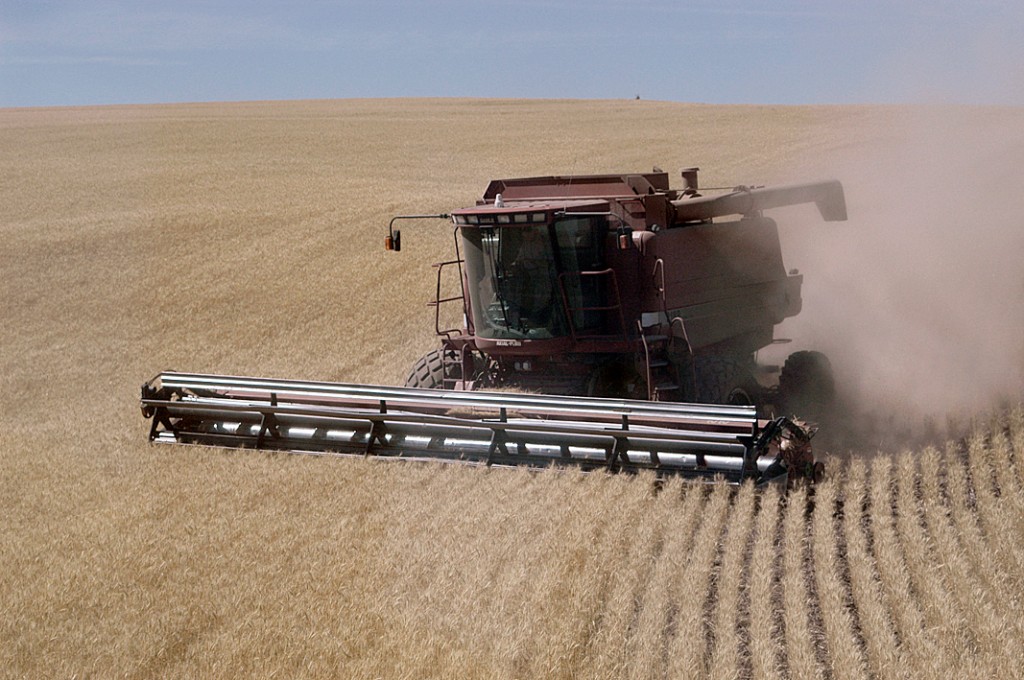 PORTLAND, Ore. (AP) — Seven ships loaded with wheat grown in America's Pacific Northwest are sailing for Yemen, where a stalemated civil war has pushed more than 8 million people to the brink of starvation.

The U.S. Agency for International Development, which administers the Food for Peace program, purchased the wheat to benefit America's wheat farmers and people in crisis. It was then handed over to the U.N.'s World Food Program to be shipped and distributed in Yemen.

"We're doing our best to get food assistance to those people who need it most," Anderson said, according to the Capital Press, an agricultural publication.

Over the past two weeks, seven ships filled with 176,000 tons (159,665 metric tons) of wheat have left Portland for Yemen, two Oregon politicians said.

Democratic U.S. Sen. Jeff Merkley and Republican state Rep. Mike McLane said in a joint statement they're proud to see Oregon wheat being used in one of America's "most effective peacebuilding tools," its Food for Peace program.

"We see these agricultural programs representing the best of American values, culture and policy," Merkley and McLane said in their statement published in The Oregonian/OregonLive.

Darren Padget, a wheat farmer from Grass Valley, Oregon, told the Capital Press he's pleased the wheat is going to the needy.

Aid workers in Yemen are worried that fighting that is nearing a port where most food aid arrives could force its shutdown and potentially tip millions into starvation. WFP Executive Director David Beasley has called Hodeida Port "a humanitarian lifeline for millions who are on the brink of famine."

Yemeni government forces, backed by a Saudi-led coalition, have been trying to retake Hodeida as they battle Iran-allied rebels known as Houthis.

The Houthis seized control of Sanaa, Yemen's capital, in September 2014, and later pushed south toward the port city of Aden. The Saudi-led coalition entered the conflict in March 2015 and has faced criticism for a campaign of airstrikes that has killed civilians and destroyed hospitals and markets.

The Houthis have laid land mines, killing and wounding civilians. They also have targeted religious minorities and imprisoned opponents. The stalemate war has killed more than 10,000 people.

Around two-thirds of the country's population of 27 million relies on aid and 8.4 million are at risk of starving.