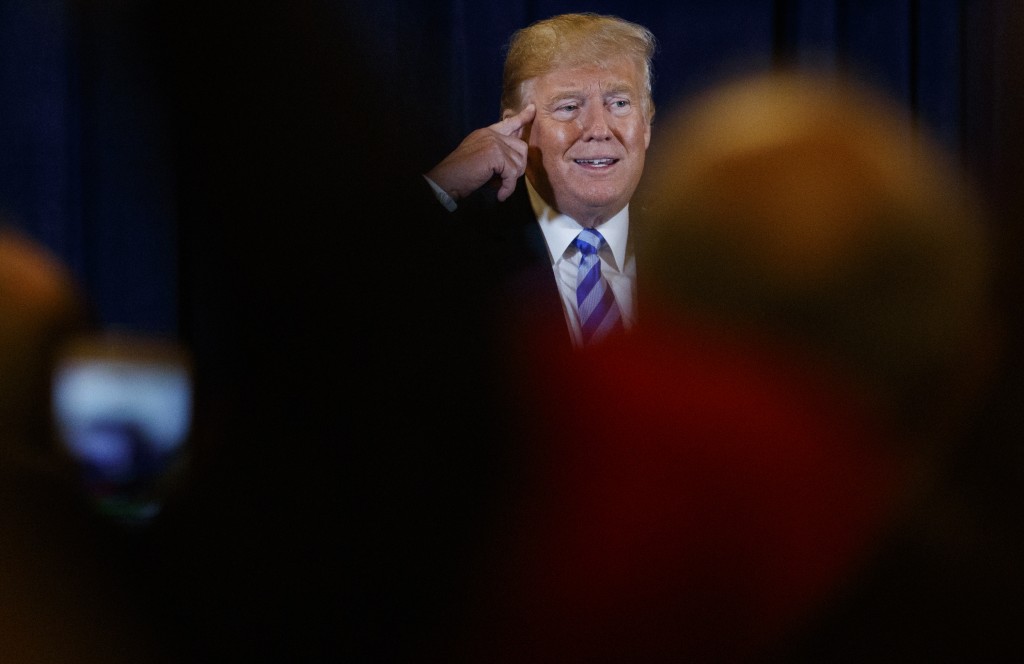 UTICA, N.Y. (AP) — President Donald Trump claimed Monday that Democratic Gov. Andrew Cuomo called to assure him that he would not challenge him for the presidency. Trump also issued a warning: "Anybody who runs against Trump suffers."

Cuomo's office didn't immediately respond to a quest for comment on the remarks, which came as Trump spoke at a fundraiser for Republican Rep. Claudia Tenney in Utica.

Trump, a New York native, mentioned his home-state governor repeatedly during his remarks at a hotel, arguing that New York could have the lowest taxes in the country if Cuomo pursued different energy policies.

"Your taxes are high for one reason: Andrew Cuomo," he said.

But Trump, who flirted with a run for governor before setting his eye on the White House, claimed that Cuomo called him and said, "I will never run for president against you."

"But maybe he wants to," Trump went on, adding: "Oh, please do it. Please. Please. He did say that. Maybe he meant it. The one thing we know — and they do say — anybody who runs against Trump suffers."

Cuomo, who became governor in 2011, is among the long list of Democrats discussed as a possible 2020 White House contender.