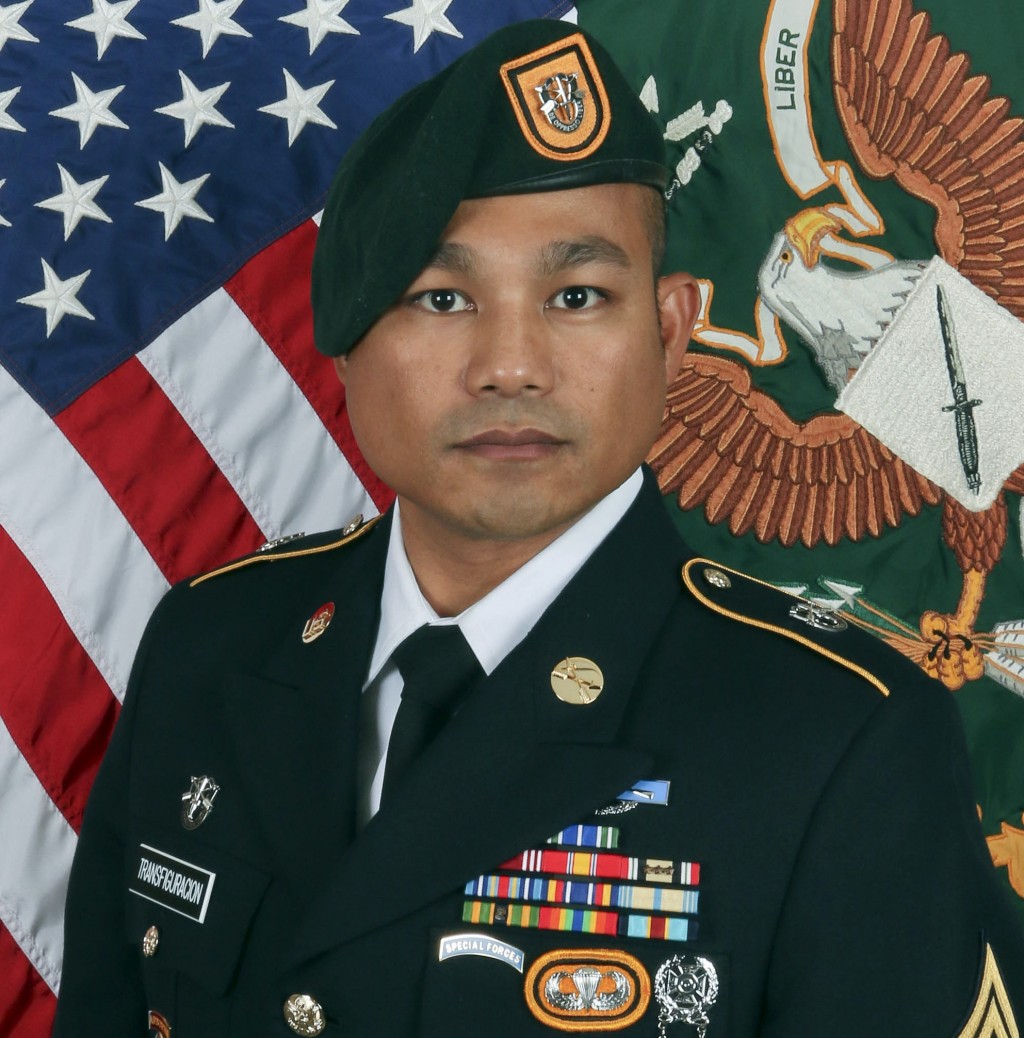 WASHINGTON (AP) — The Pentagon says an Army special forces soldier has died from wounds he received earlier this month in Afghanistan.

Sgt. 1st Class Reymund Rarogal Transfiguracion, 36, from Waikoloa, Hawaii, died Sunday at a hospital in Germany. He was wounded when an improvised explosive device detonated near him while he was on patrol.

Maj. Beth Riordan, spokeswoman for 1st Special Forces Command, says Transfiguracion was a staff sergeant when he was wounded, but was posthumously promoted to Sgt. 1st Class. He was assigned to the 3rd Battalion, 1st Special Forces Group, based at Joint Base Lewis-McChord in Washington.

Transfiguracion was born in the Philippines and enlisted in the Hawaii National Guard in 2001. He later joined the active duty Army and went through special forces training at Fort Bragg, North Carolina.